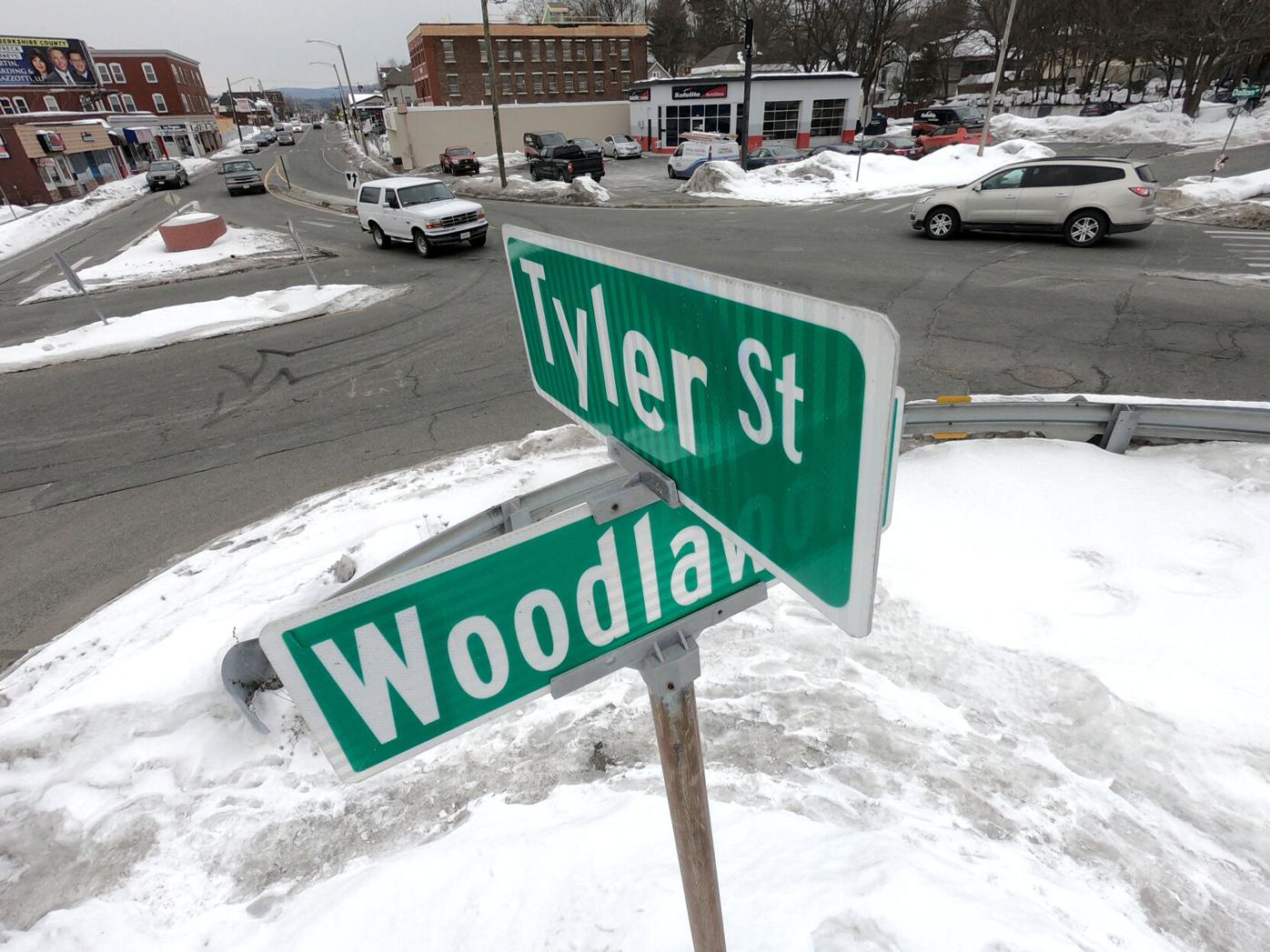 The five-way intersection of Tyler Street, Dalton Avenue and Woodlawn Avenue in Pittsfield will be converted into a roundabout as part of a $6 million street redesign project. Construction could start as early as May or June. 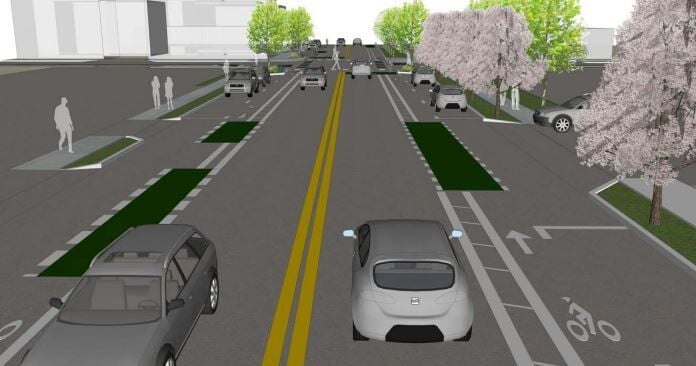 It won't be much longer before construction begins on a project to redesign Tyler Street in Pittsfield to make it more friendly to pedestrians and cyclists.

PITTSFIELD — Within months, construction is scheduled to begin on a major project to redesign a stretch of Tyler Street and replace the five-way intersection near the William Stanley Business Park with a roundabout.

Officials have been planning aspects of the $6 million project for a few years, during ongoing efforts to revitalize and spur development along the Tyler Street area. The project will take another step forward next month, when the city plans to solicit bids, then select a contractor, said City Planner C.J. Hoss. He said construction could start as early as May or June and largely be done by summer 2022.

The city has conducted outreach to businesses and residents, and Hoss said officials are making one more push to spread the word about the project disruptions expected during construction.

“We’re working doing everything we can to make construction as least disruptive as possible,” Hoss said.

Click here to read details from the city about the Tyler Street redesign, roundabout project

The Department of Community Development is hosting a Zoom public meeting at 6 p.m. Wednesday with a presentation and time for residents to ask questions and offer feedback about the project, according to a city news release.

To join the hearing visit zoom.us/join on a web browser, then enter this meeting ID: 955 7952 4127. The hearing also will air live on Pittsfield Community Television Channel 1303.

Tyler Street streetscapes and the roundabout are among a number of infrastructure projects getting underway this spring and summer, and they dovetail with the city’s downtown streetscape project, as well as with other projects in the pipeline.

The streetscapes will stretch from Tyler Street at First Street, near Berkshire Medical Center, up to Woodlawn Avenue near the William Stanley Business Park. Hoss said the outcome of the redesign will be a safer roadway for pedestrians, cyclists, motorists and passengers.

Elements such as curb extensions will help slow traffic on the two-lane Tyler Street, a heavily trafficked corridor that Hoss said motorists often travel at excessive speeds, though it cuts through a residential neighborhood. Designs also include plans for landscaping, a bike lane and lighting alterations.

Also, bus stops will be located along the street, and the city said Tuesday that on-street parking will be preserved.

In 2019, the City Council approved a capital request for $1.2 million for improvements to the troublesome five-way intersection where Woodlawn crosses Tyler and Dalton Avenue, part of the city’s approximately $3 million local contribution to the combined streetscape and roundabout project. A MassWorks grant will cover the rest.

The awkward intersection will be replaced with a roundabout, which Hoss said will help improve traffic flow at a junction between commercial centers in the east of the city and the downtown area to the north.

In order to build the roundabout, the city sought an easement for a small section of one parcel of the William Stanley Business Park, owned by the Pittsfield Economic Development Authority. Ricardo Morales, the commissioner of the Department of Public Works and Utilities, said the council will be asked to approve private land takings that also are needed for construction of the roundabout, and the city will offer landowners market rate for their property.

The city is in the design phase of another project to redesign several intersections and improve the traffic flow north of Tyler Street in the area of Berkshire Medical Center, Morales said.

Look Ahead, Pittsfield: State to help set the stage for redevelopment

PITTSFIELD — A much-hyped injection of state funding is expected to boost the city’s quest to redevelop former General Electric land, and news…