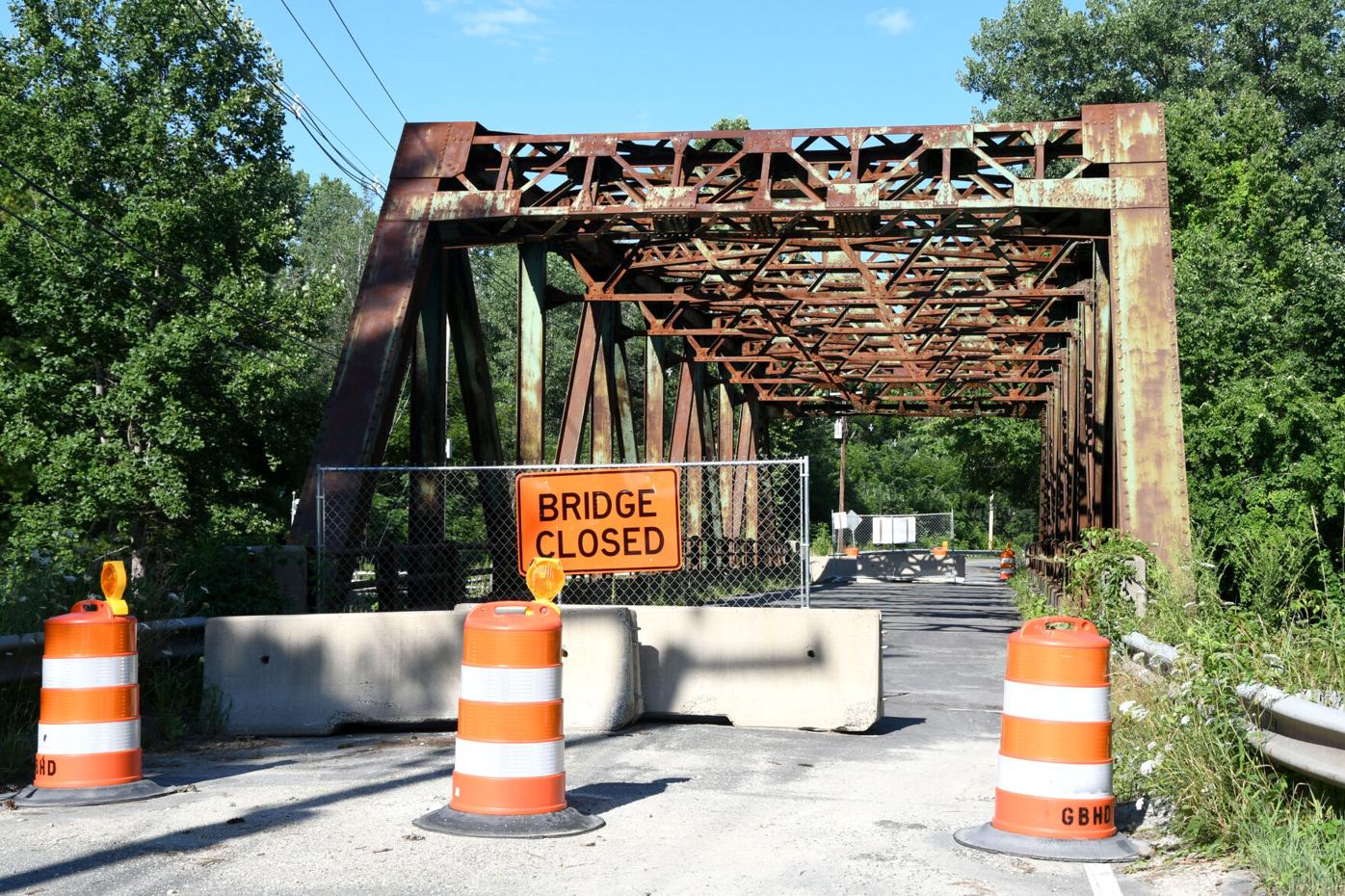 The Division Street bridge in Great Barrington is in worse condition than initially thought. Deterioration and COVID-19 delays will extend the shutdown for up to two years. 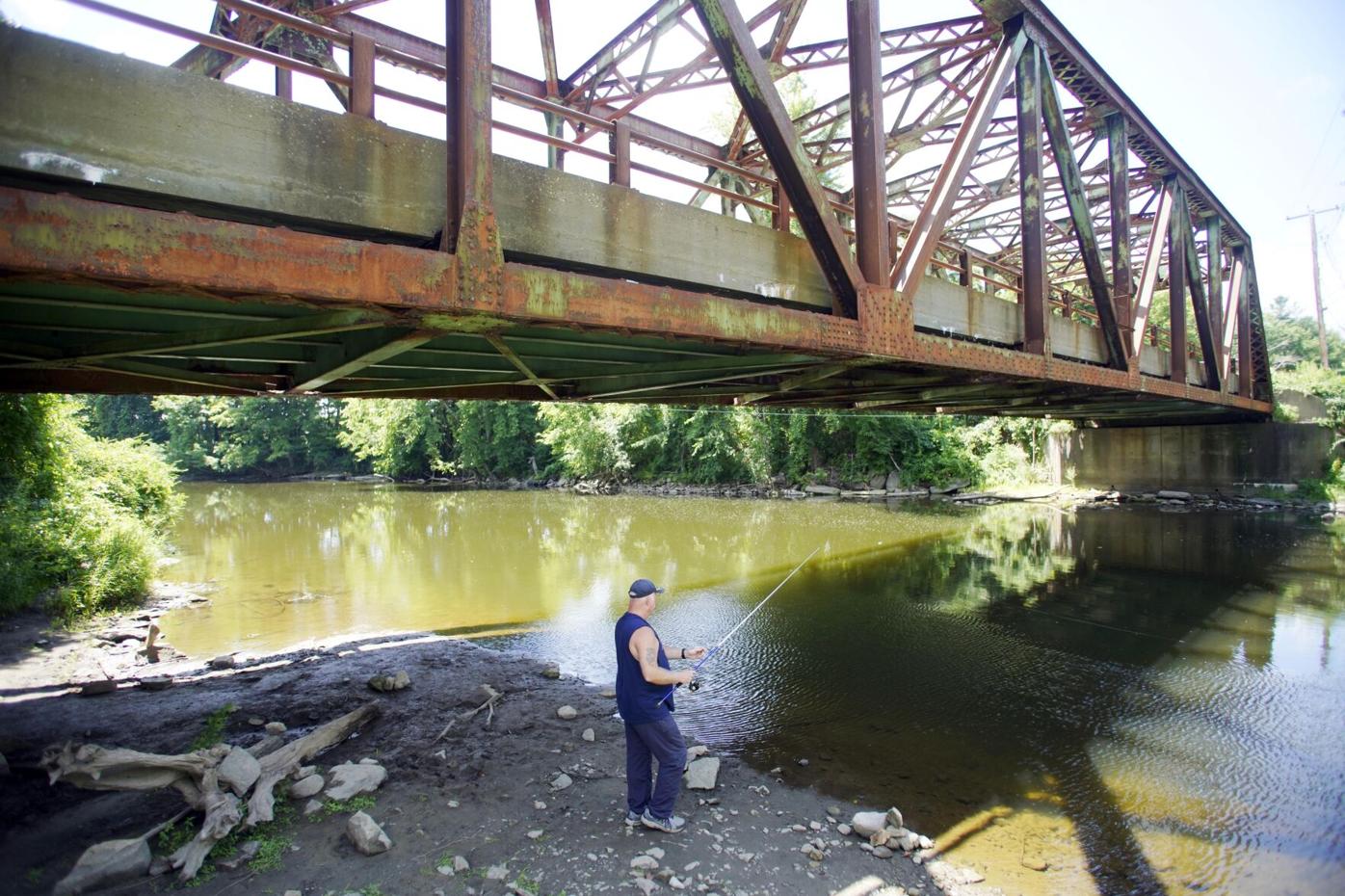 The Select Board learned this week that the Division Street bridge in Great Barrington is in worse condition than initially thought. Deterioration and COVID-19 delays will extend the shutdown for up to two years.

The Division Street bridge in Great Barrington is in worse condition than initially thought. Deterioration and COVID-19 delays will extend the shutdown for up to two years.

The Select Board learned this week that the Division Street bridge in Great Barrington is in worse condition than initially thought. Deterioration and COVID-19 delays will extend the shutdown for up to two years.

GREAT BARRINGTON — Residents might have to wait up to two years for a temporary bridge that would reopen a critical road after it was shut last year when the state deemed the Division Street bridge unsafe.

Town officials learned this week that the bridge is in worse shape than state inspectors initially thought, and that COVID-19 is delaying the release of state funds that would pay for an emergency fix — a faster solution than the full-fledged replacement, now estimated at 10 to 15 years out.

The town-owned span over the Housatonic River links routes 183 and 41.

And the extent of deterioration is such that the temporary project would be more expensive than anticipated, approaching $2.5 million to $3 million.

Town engineers said a September meeting with the state Department of Transportation revealed that the most recent inspection report for the bridge was inaccurate. What’s more, a discretionary grant program on hold at the Statehouse, and pandemic-related problems, will extend the shutdown.

The town-owned span over the Housatonic River links routes 183 and 41. The closing to all traffic scrambled travel and truck routes after state inspectors said the bridge was failing.

Then, a July 2019 inspection sparked an indefinite shutdown in September 2019, except to pedestrians and bicycles.

As some suffering business owners and residents complained, town and state officials agreed to speed up lengthy permitting for a temporary bridge.

Engineers assisting the town’s Department of Public Works began to troubleshoot the possibilities and came up with a fix that would take roughly one year, and open the bridge for the weight load it had when it was shut down. That would keep the road open until a full, permanent replacement, said Andrea McCaffee, an engineer with Tighe & Bond.

McCaffee further told the board Monday that the DOT discouraged this fix because of the bridge’s condition, continued deterioration, and the hit to town coffers given that the state will completely overhaul the bridge down the line.

“All of these costs would essentially be lost to the town because MassDOT is planning to demolish the truss and replace it,” McCaffee said.

But McCaffee suggested that an alternative could be to remove that old truss and replace it with a modular truss that the town would buy and could reuse at locations of other failing bridges, like the one at Brookside Road.

A single-lane modular truss would work at Division Street; a two-lane truss might be too wide, she added.

Michelle Loubert, a Division Street resident who blames years of heavy truck use for the shutdown, worried that the same could happen with a temporary bridge.

McCaffee said engineers would plan for it to support full-size trucks.

But, now the town is looking at a big purchase.

State Rep. William “Smitty” Pignatelli, D-Lenox, told The Eagle he would do his best to help move state funding along.

He said the pandemic has delayed practically everything, including on Beacon Hill. He noted that the bridge is one of dozens in the county that are rated structurally deficient because they are old — something Gov. Charlie Baker has devoted funding and attention to.

“So many bridges in Massachusetts were all built around the same time, and they are all coming to age out at the same time,” Pignatelli said.