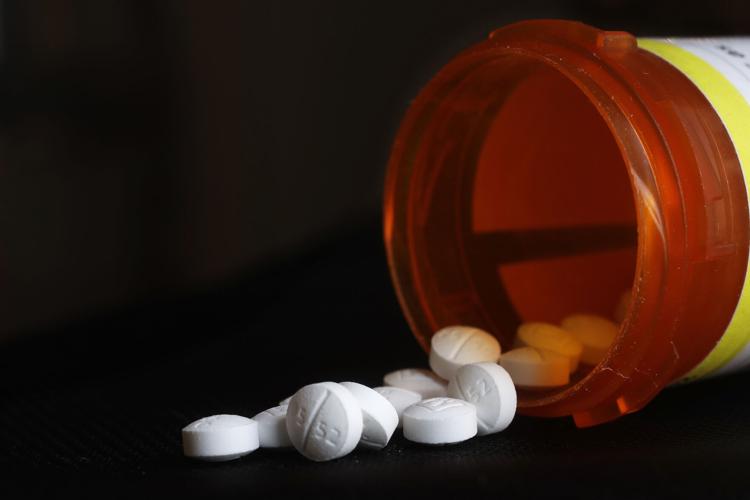 Data released Wednesday by the state Department of Public Health showed that 62 people died of opioid overdoses in Berkshire County in 2021, up six from the year before and the highest number of deaths in recent years. 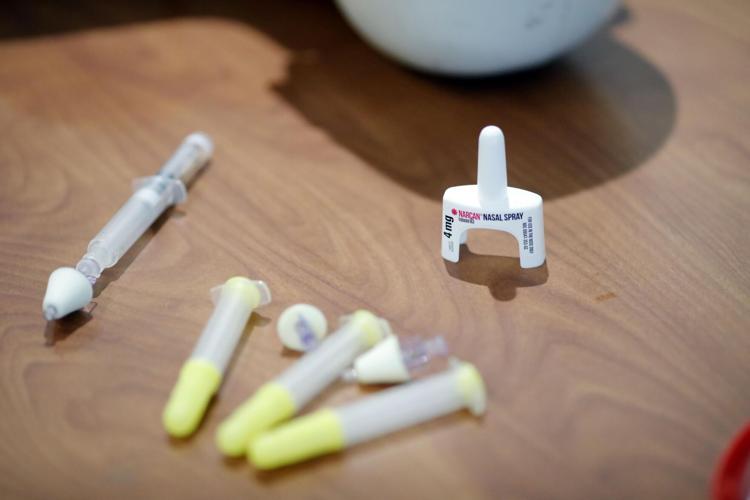 Despite wider availability of Narcan, which can reverse an overdose, the number of fatal opioid overdoses rose in Berkshire County in 2021, new state figures show.

The rate of opioid overdose deaths in Massachusetts climbed 9 percent last year, to a level that surpasses the state’s previous high point in 2016.

Since 2010, 374 people have died of overdoses in Berkshire County.

Data released Wednesday by the Department of Public Health showed that 62 people died of opioid overdoses in Berkshire County in 2021, up six from the year before and the highest number of deaths in recent years.

While the world was focused on COVID, Berkshire County families buried loved ones due to addiction

Last year’s death rate, the department said in its opioid report, is 6.2 percent higher than the past peak of 30.7 per 100,000 residents logged in 2016, when Gov. Charlie Baker signed a law intended to slow what former Speaker Robert DeLeo at the time called a “public health crisis that is draining vitality from our hometowns, extinguishing lives and stealing souls.”

“Today’s report underscores the harmful impact that the COVID-19 pandemic and the scourge of fentanyl have had on those struggling with addiction, and we are committed to continuing our work with the Legislature and our colleagues in the addiction and recovery community to boost access to services and treatment,” Gov. Charlie Baker said in a statement.

Presenting the data during a Wednesday morning Public Health Council meeting, DPH Commissioner Margret Cooke said that while the 9 percent climb from 2020 to 2021 “is significantly lower than the national trends, it is problematic for Massachusetts and for our country.”

Preliminary 2022 data — which includes both confirmed opioid overdose deaths and those estimated through a modeling process — offer some “slightly encouraging” news, she said.

Compassion, community and medication: What recovery and hope look like in the Berkshires opioid epidemic

Dr. Jennifer Michaels, medical director of the Brien Center, said the increase reflects the ubiquity of the powerful synthetic opioid fentanyl in substances.

“I’d like to say [the numbers] are surprising, but they’re really not, which is very unfortunate. I think it reflects what is going on in the world and in our country and in our state and in our county,” she said. “More people are using fentanyl whether they know it or not. But it’s extremely potent, and they’re at a greater risk of overdosing, and we’re seeing the result.”

She said patients who report having used only cocaine are testing positive for fentanyl, an opioid that she said is also turning up in counterfeit benzodiazepines that are sold on the street, due to fentanyl being comparatively less expensive.

Pittsfield was classified by the state DPH as being a community whose residents experienced a “notable increase in opioid-related overdose deaths.”

Michaels said that during the pandemic, residents experienced issues with isolation and were not able to attend programs and meetings in the way they had in the past, which can be focal points for support and connection.

While county providers offer medication-assisted treatment, obtaining transportation to receive the medication is often difficult, and Michaels said there’s also a shortage of treatment beds in the county.

She said all first responders should be carrying the life-saving drug, naloxone, known commonly by the brand name Narcan.

“We have the ability to save their lives with Narcan,” she said. “And often, more than one Narcan is needed from an overdose because of the potency of fentanyl.”

In response to Wednesday’s report, state Rep. William “Smitty” Pignatelli, D-Lenox, underscored the need to address the deepening problem at the state level.

“The opioid crisis in Massachusetts is getting worse by the day. We cannot keep losing lives that deserved a chance at recovery,” he wrote in a tweet. “We need targeted, swift action and legislation like the #HOPEAct to make carrying Narcan the norm for our first responders. We can’t afford to sit back.”

Cooke, who acknowledged the early figures are likely to change as more complete information becomes available, said the estimated 551 deaths statewide for the first three months of the year is 4 percent lower than 575 logged in the same period in 2021.

She said the latest data show continued high presence of fentanyl in fatal overdoses and pointed out what she called “concerning trends” when looking at the deaths by gender, race and ethnicity.

She said the 2021 opioid-related overdose death rate for American Indian/Alaskan Native residents was more than three times higher than the state average, and highlighted a partnership between the Department of Public Health’s Bureau of Substance Addiction Services and UMass Boston’s Institute for New England Native American Studies that focuses on culturally appropriate education and prevention.

Wednesday’s opioid report was the first one that broke out a distinct rate for American Indian, non-Hispanic residents, Cooke said.

It also newly featured information on the presence of alcohol in opioid overdose deaths where a toxicology screen occurred.

Toxicology reports were available for 2,119 fatal opioid overdoses in 2021, the DPH said. Of those, fentanyl was present in 93 percent, cocaine in 51 percent, benzodiazepines in 31 percent, alcohol in 29 percent, prescription opioids in 13 percent, and heroin and amphetamines each in 10 percent.

Our Opinion: As opioid crisis worsens, we must redouble harm-reduction efforts

Based on a grim batch of recently released data, the opioid crisis in Massachusetts shows no signs of easing its destructive grip on our communities.

Dr. Jennifer Michaels: Amid an opioid epidemic, Berkshire communities are losing so many lives to addiction. It's time to start saving them

Dr. Jennifer Michaels writes: "Pittsfield and North Adams are currently participating in the HEALing Communities Study, a federal grant that researches the expansion of community-based prevention, overdose treatment and medication-based treatment in select communities hit hard by the opioid crisis."

The United States has passed a grim, heartbreaking milestone: A record number of Americans are dying as a result of drug overdose.