The authors of the “Great Barrington Declaration” are shown outside the American Institute for Economic Research off Division Street in Great Barrington: From left are Dr. Martin Kulldorff, Dr. Sunetra Gupta and Dr. Jay Bhattacharya. 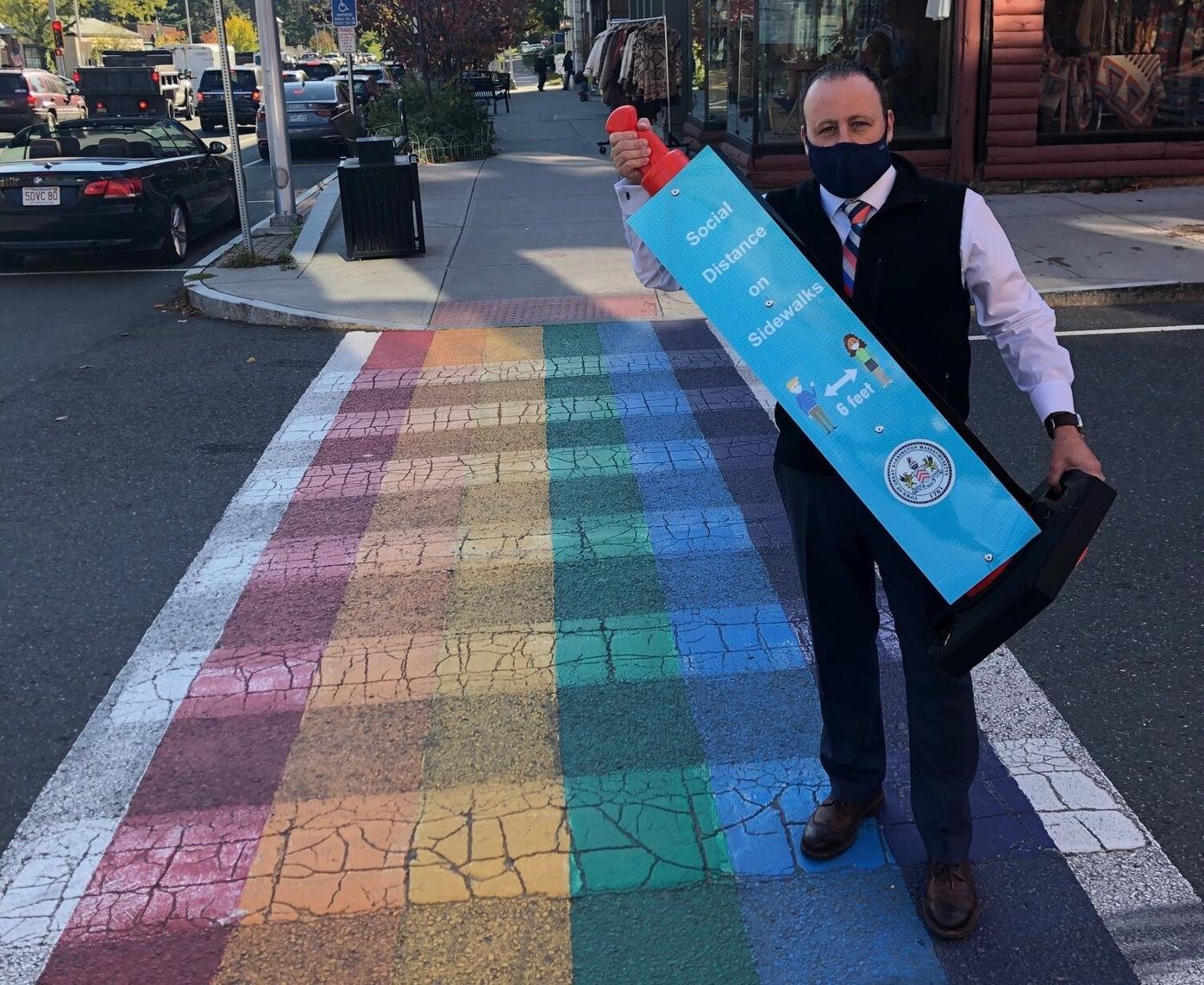 Great Barrington Town Manager Mark Pruhenski has taken issue with the “Great Barrington Declaration” urging a “herd immunity” approach to COVID-19. “We are a COVID-safe community,” he said. “We are not tossing off our masks.”

The authors of the “Great Barrington Declaration” are shown outside the American Institute for Economic Research off Division Street in Great Barrington: From left are Dr. Martin Kulldorff, Dr. Sunetra Gupta and Dr. Jay Bhattacharya.

Great Barrington Town Manager Mark Pruhenski has taken issue with the “Great Barrington Declaration” urging a “herd immunity” approach to COVID-19. “We are a COVID-safe community,” he said. “We are not tossing off our masks.”

GREAT BARRINGTON — As the town fires up a national public relations campaign to distance itself from the “Great Barrington Declaration,” one town official is blasting those who wrote the “amoral” and “callous” document.

Select Board member Leigh Davis on Thursday released a draft rebuttal to three scientists who penned the declaration in Great Barrington at the American Institute for Economic Research, accusing them and the think tank of damaging the town’s reputation.

Davis is hoping board members will sign off on her statement at their Monday meeting, having been drawn into a heated and politicized international debate about public health policy during the coronavirus pandemic.

The declaration was released Oct. 4 by a group of infectious disease specialists — Dr. Martin Kulldorff, of Harvard University; Dr. Sunetra Gupta, of Oxford University; and Dr. Jay Bhattacharya, of the Stanford University Medical School — after they gathered at the Division Street campus to discuss the COVID-19 pandemic.

The document’s central theme is its call for a “Focused Protection” strategy, which “allows those who are at minimal risk of death to live their lives normally to build up immunity to the virus through natural infection, while better protecting those who are at highest risk.”

While the town already has issued news releases to local and national news outlets saying it is “not a herd immunity destination,” Davis’ letter to AIER slams the content of the declaration and says it is “despoiling of our town’s good name.”

“We also have serious concerns that the notoriety you have courted will deter regular and future visitors who support our economy, just as we are equally concerned that your promotion of herd immunity will attract visitors who agree with its risky premise,” the letter states. “Your declaration is an open invitation for tourists who eschew safety measures to visit our town and behave irresponsibly.”

Edward Peter Stringham, president of AIER, said in a statement to The Eagle that the public health scientists named the document for the town “as an homage to this place which they came to adore.”

He also said that AIER was surprised by the speed of the reaction.

“Given the amount of information deluge that faces everyone daily, we had no expectation that this Declaration would break into the news cycle, much less gain the attention of governments and health officials the world over,” Stringham wrote. “We are pleased that it did because the World Health Organization and government policies around the world responded in ways that have kindled a healthy discussion about lockdowns and their devastating consequences.”

The declaration has drawn support from some corners, racking up more than 600,000 signatures as of Thursday, about 41,000 of which are from physicians and scientists. They say the working and poor classes disproportionately have suffered the effects of the shutdown, and that it is mostly the privileged who have readjusted their lives.

And they say the lockdowns are sparking another public health crisis, including a decline in childhood vaccination programs, by focusing on the coronavirus at the exclusion of all else.

But, it has been slammed by other scientists for assumptions about herd immunity, and because it runs counter to the prevailing strategy to limit all from exposure to the coronavirus until a vaccine is ready.

And when the Trump administration embraced the declaration, attempts to marginalize the scientists increased.

Soon after, Dr. Anthony Fauci, the government’s leading infectious disease expert, condemned the idea that only the vulnerable could be shielded as “risky” and “total nonsense.”

Davis said her letter was a “collaboration” with residents after “a lot of listening,” and that she doesn’t know how the board will receive it.

She says it’s strongly worded because that’s what she has heard from residents.

“Personally, it feels like we’ve been sucker-punched by the AIER,” she said. “There’s a lot of emotion behind this [letter].”

AIER — it was founded in 1933 and located on Division Street since 1946 — quickly has found itself under the microscope.

Some residents have pointed to reports linking the nonprofit to the Koch brothers through a 2018 donation and other associations, and taking aim at the institute’s free-market, libertarian leanings.

In an Oct. 15 news release, the town said it agreed with the declaration on one point.

“We have great empathy and concern for the pandemic’s toll on communities, businesses, families, children, isolated elders,” and said it was working to help those affected.

“We are not tossing off our masks,” said Town Manager Mark Pruhenski.