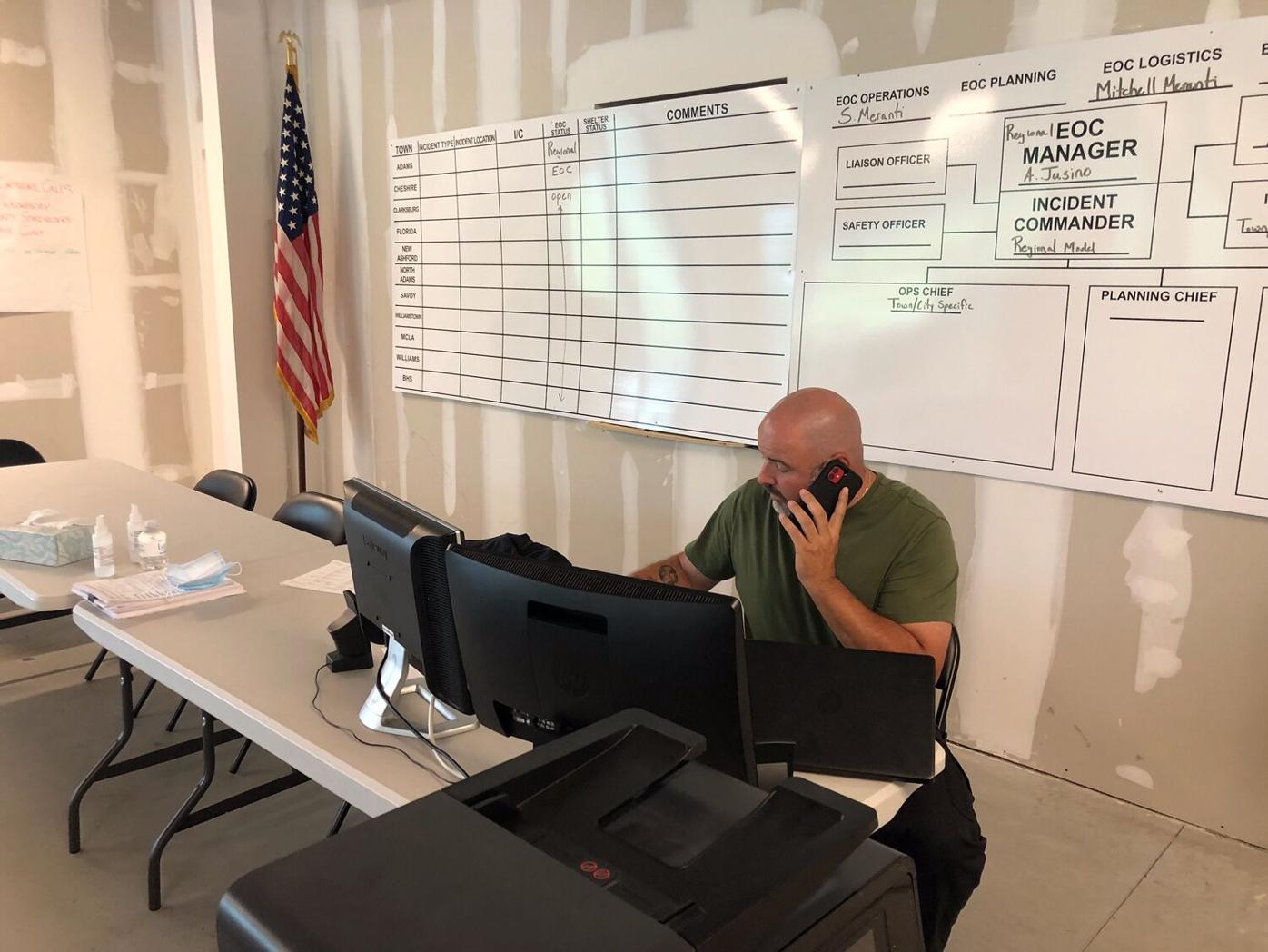 Amalio Jusino monitors the needs of the community from the command center at Harriman-and-West Airport in North Adams on Sunday afternoon as Tropical Storm Henri makes landfall. 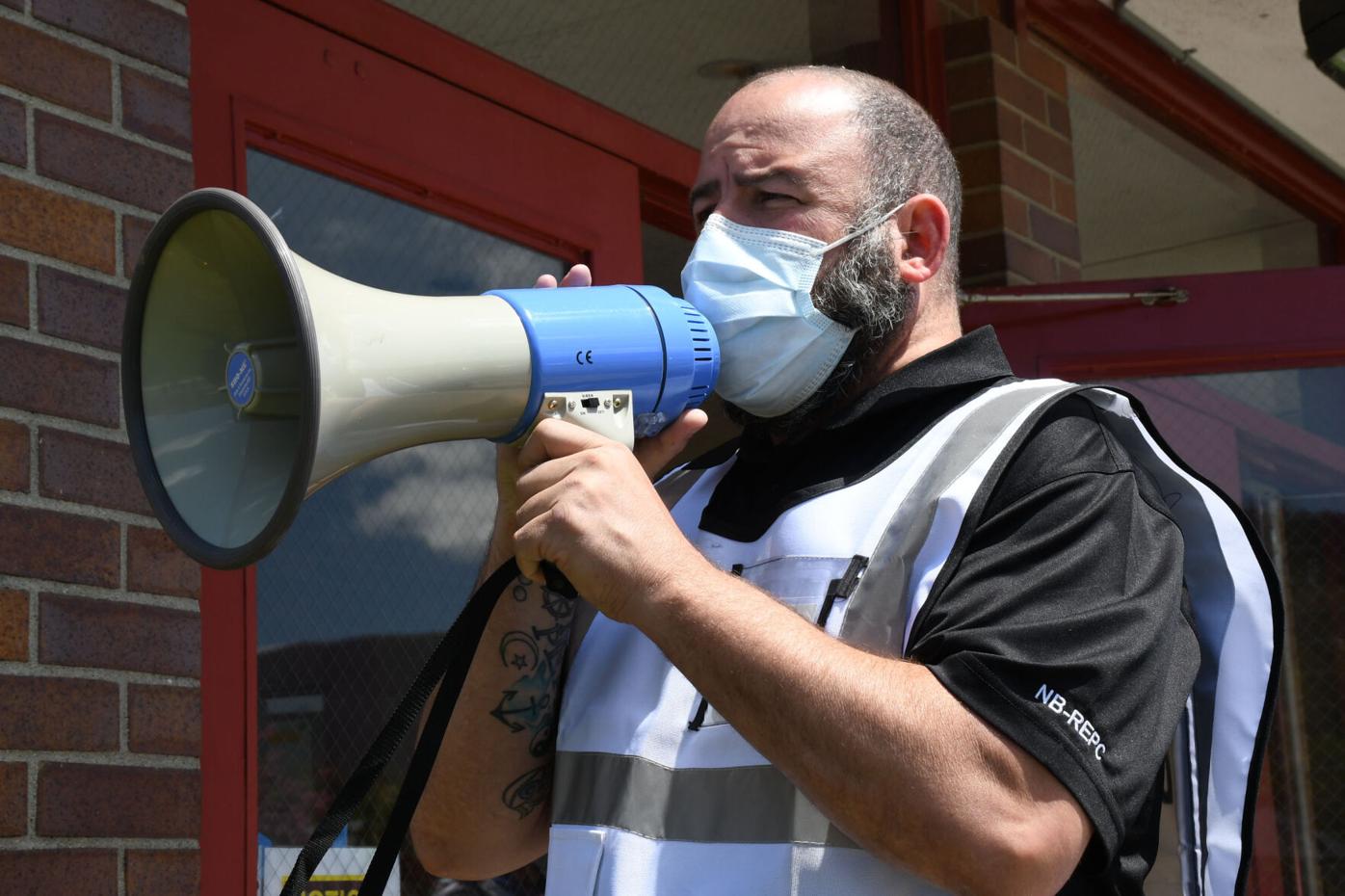 Amalio Jusino, who chairs the Northern Berkshire Emergency Planning Committee, works this spring to coordinate arrivals at a vaccination clinic in North Adams. 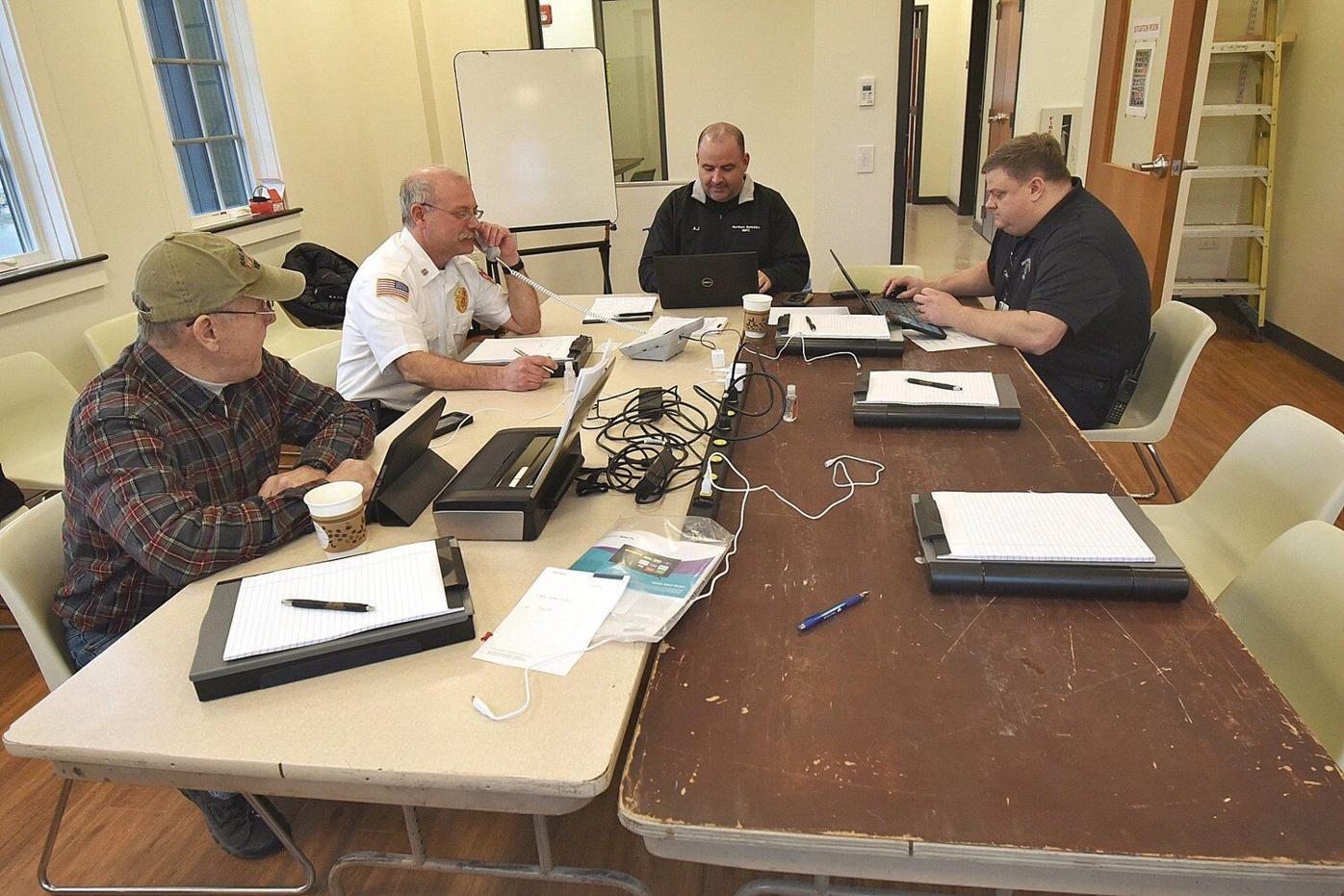 Amalio Jusino monitors the needs of the community from the command center at Harriman-and-West Airport in North Adams on Sunday afternoon as Tropical Storm Henri makes landfall.

Three emergency response centers are up and running in Berkshire County to help residents deal with Tropical Storm Henri. With early preparations done, they await what’s to come today and Monday — whatever that is.

“You can only plan so far — and then you respond.”

“You can only plan so far — and then you respond,” said Jay R. Green, the Adams town administrator.

Amalio Jusino, chair of the Northern Berkshire Emergency Planning Committee, said an operations center opened at 8 a.m. Sunday at the North Adams airport. Officials used the last hours before the storm’s arrival to establish communications with emergency centers in Pittsfield and Great Barrington, as well as coordinate a call with officials in all eight of its member towns, plus Williams College, the Massachusetts College of Liberal Arts and Berkshire Health Systems.

Equipment has been moved to the go-to shelter in North Adams, at the St. Elizabeth of Hungary Parish at 70 Marshall St., in case people need to be evacuated. Transportation partners have also been told to be ready.

The Berkshires prepares for Tropical Storm Henri, which is forecast to hit the region on Sunday. Saturday, Aug. 21, 2021

“We want to streamline the operation so we’re not flooding MEMA,” Jusino said.

As of late Sunday morning, the storm’s track suggested that the Berkshires would see heavy rain, on the western side of Henri’s center, but less-punishing winds than expected. A flood watch is in effect.

Flooding remained the most likely risk, though power losses remain possible due to falling trees and tree limbs.

“We might be spared the wind, but not the rain,” Green said.

Jusino said area DPW crews got a jump on Henri because heavy rains this summer spurred them to clear culverts. “In that respect, we feel very good,” he said.

In Adams, the DPW worked Friday to check and clear flood-control chutes to enable the free-flow of stormwater. Still, because it sits in a valley between two mountain ranges, Adams is prone to flooding, particularly in the Lime Street area, Green said Sunday.

Infrastructure improvements since Tropical Storm Irene, in 2011, have lessened, but not eliminated, the possibility of flooding in Adams.

Due to recent rains, however, Henri’s rainfall is more likely to run off than be absorbed by the ground, leading local officials to be wary of flooding, according to Jusino.

Towns covered by the North Adams operations center include that city as well as Adams, Cheshire, Clarksburg, Florida, New Ashford, Savoy and Williamstown.