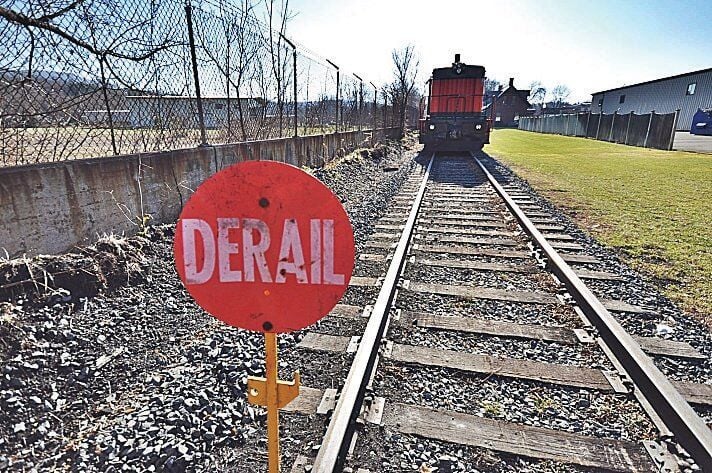 Massachusetts Department of Transportation consultants are studying six alternatives for a passenger rail extension west of Worcester. The options vary in scope, with variables including whether to connect Pittsfield and Springfield by bus or rail. 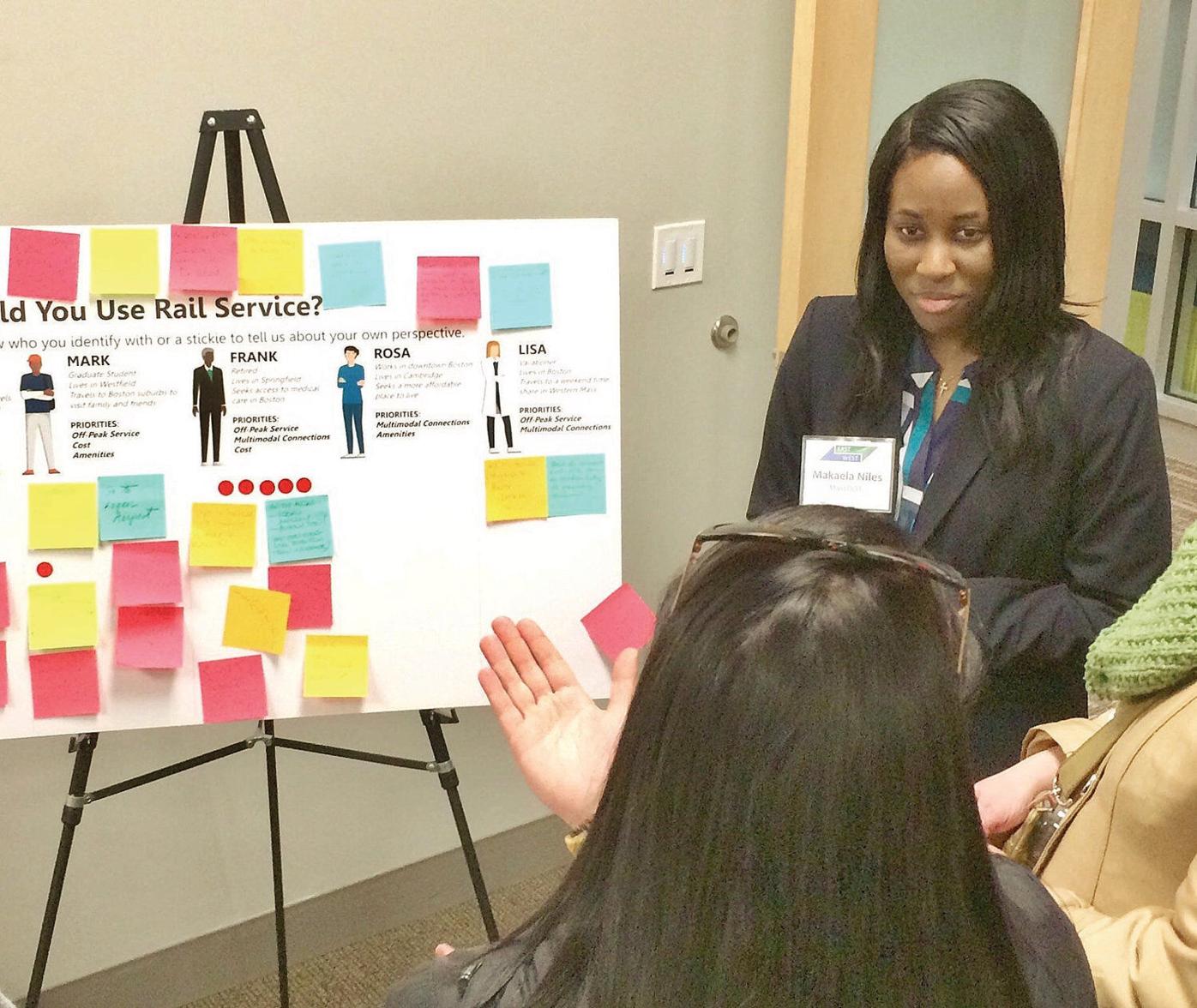 Makaela Niles of the state Department of Transportation listens to comments about rail service, at a Springfield event earlier in the project.

Massachusetts Department of Transportation consultants are studying six alternatives for a passenger rail extension west of Worcester. The options vary in scope, with variables including whether to connect Pittsfield and Springfield by bus or rail.

Makaela Niles of the state Department of Transportation listens to comments about rail service, at a Springfield event earlier in the project.

PITTSFIELD — For the third time, and possibly the last, regular folks can say what they think of steps taken to envision new passenger rail service from the Berkshires to Boston.

The project is far from assured of happening, given its high cost, the study’s lead manager noted last month. But, advocates of passenger rail, like state Rep. William “Smitty” Pignatelli, D-Lenox, call the effort a generational investment that could transform local economies across the state.

The East-West Passenger Rail Study, overseen by the state Department of Transportation, will convene an online public meeting from 6 to 7:30 p.m. Thursday. To join, visit the DOT’s project page at mass.gov/east-west-passenger-rail-study and scroll down for “Upcoming events.” That link takes visitors to a Zoom page for the meeting.

For two years, a 42-member advisory panel, including Pignatelli, state Sen. Adam Hinds, D-Pittsfield, Pittsfield Mayor Linda Tyer and other Berkshire officials, has provided community guidance to the DOT. They fended off proposals to have the Pittsfield-to-Springfield leg of the route provided not by trains, but by buses.

Pignatelli’s opposition to that idea earned him the nickname “bus killer” from a DOT staffer.

The three final options in the report range in cost from $2.4 billion to $4.6 billion. The study estimates daily boardings of 922 to 1,554 people. Depending on the option chosen, travel between Pittsfield and Boston would take from 2 hours, 49 minutes to 3 hours, 9 minutes.

People who want to provide written comment on the final report, which also is on the DOT site, have until Nov. 19 to do so. Comments can be submitted through the DOT’s website or by email in messages to Makaela Niles, a DOT project manager, at Makaela.Niles@dot.state.ma.us.

Thursday’s session will be recorded and posted on the project webpage, where minutes of all previous meetings and public sessions can be found.

In a briefing last month, Ethan Britland, the DOT’s lead manager, warned that a ratio based on costs and benefits of the proposed service falls far below the number reached by projects that win federal funding. Pignatelli has said that such a challenge could be overcome with help from U.S. Rep. Richard Neal, D-Springfield, chairman of the House Ways and Means Committee.

The cost estimate for work on just Pittsfield-to-Springfield track improvements is $383 million. When the project kicked off, the DOT chief, Stephanie Pollack, was candid in saying that its cost could doom it.

If new passenger rail service actually arrives, it would be a long time coming. Given the complexity of the project, service would not begin for two decades, officials have said.

PITTSFIELD — A man whose nickname is a household word in the Berkshires has a different moniker in Boston. "Bus killer." That's the way state Department of Transportation officials say they refer, playfully, to state Rep. William "Smitty" Pignatelli, D-Lenox. This week, Pignatelli found himself saying yet again that he holds no truck with the fact bus rides are still part of three of six options to improve passenger rail in Massachusetts.