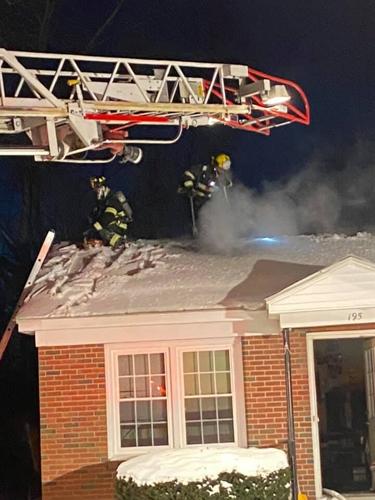 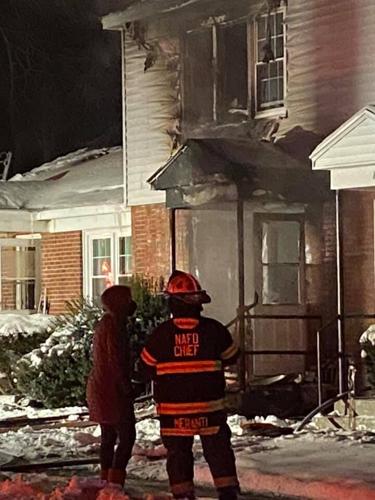 The North Adams Fire Department, Police Department and Emergency Medical Services were called to Greylock Avenue at 5:10 p.m. on Friday night for a fire at the Greylock Valley Apartments.

The multi-family structure suffered significant fire, smoke and water damage, but there were no injuries, according to Lt. John Paciorek of the NAFD.

First responders arrived to fairly heavy smoke and fire coming from the two-and-half story unit. The fire began inside of unit 193. The first and second floors of the unit had heavy water, smoke and fire damage, per Paciorek.

“The fire was contained to the second floor and the main body of the fire was knocked down within half an hour,” Paciorek said. “A few hours were spent chasing down hot spots.”

All North Adams firefighters were called to the scene and the Clarksburg and Williamstown Fire Departments were also called on to assist.

“The Williamstown Fire Department responded to assist and was covering the city for other calls,” Paciorek said. “Clarksburg brought their air supply truck.”

Approximately eight different fire apparatuses and 35 firefighters between all departments were on the scene. With temperatures sitting around 0, Northern Berkshire EMS was there providing rehab services, water, heaters and tents.

The units next to the fire, 191 and 195, each suffered minor smoke, water and fire damage that can be repaired, but it will be a while until residents can return to the building, according to Paciorek. Two cats were found and removed unharmed from a unit next to the one where the fire started.

The closest hydrant to the fire was not in service, but a new hydrant — roughly half a block away — was used to knock down the fire, per Paciorek.

All impacted residents were safely housed for the evening due to support from the North Adams Housing Authority and Pastor Dave Anderson, according to a post on Facebook from the Northern Berkshire Emergency Planning Committee.

"I want to acknowledge and offer thanks for the professionalism and effort of the fire and police departments and EMS, the department of public services, Housing Authority management and staff, the mutual aid from Clarksburg and Williamstown, and our community partners in supporting residents in the aftermath of the fire and the ongoing response," he said.

He went on to add that the outreach from community groups of help and support "will evolve as this group continues to identify people's needs."

The cause of the fire is still under investigation.