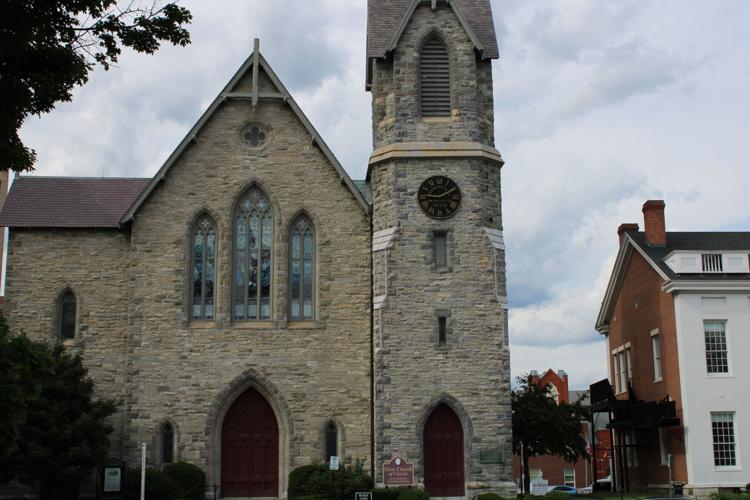 Pittsfield's First Church of Christ, a historic fixture and place of worship in the city, has been on the market for two years. 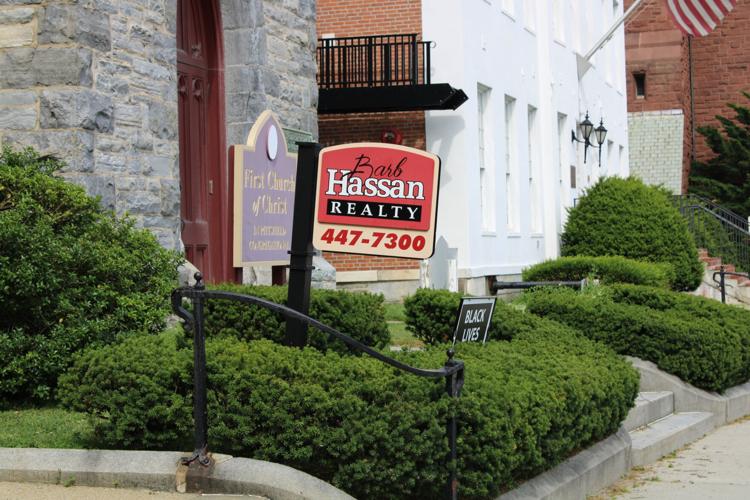 Barb Hassan Realty is managing the sale of the First Church of Christ property in Pittsfield. 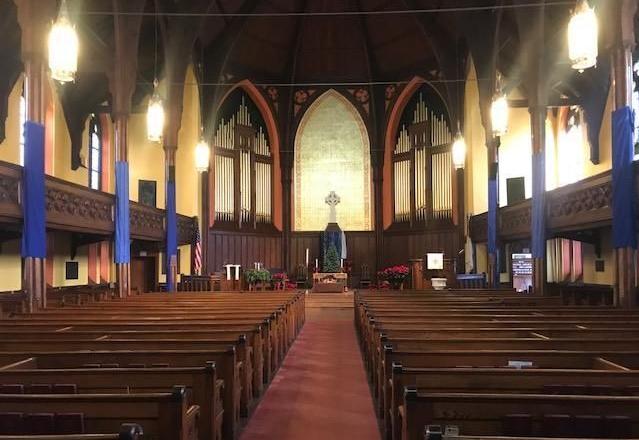 The sanctuary of the First Church of Christ in Pittsfield. The building, constructed in 1853, remains on the market.

PITTSFIELD — After two years, the First Church of Christ in Pittsfield is still on the market. Sellers hope a price drop could move the needle.

Barb Hassan, the agent managing the sale, said the price had been lowered to meet market realities and the figure was calculated by looking at the listed prices for other churches and similar properties. The church has seen more prospective buyers since the building’s price fell, she said.

Hassan spoke on behalf of church leadership, who did not respond to requests for comment.

Hassan said it is not uncommon for larger properties to remain on the market. She cited a delay in showings due to the COVID-19 pandemic as well as the difficulty in finding new approaches to using the space.

“Churches are one of those properties that become obsolete to other uses over time,” Hassan said.

While other area churches have been sold and converted into housing, Hassan said that kind of development wouldn’t be likely with this property.

“The sanctuary just isn’t constructed in a way that would be easy to convert to housing,” Hassan said.

There are also historical considerations. The church is on the state Register of Historic Places, and has several features that would need to remain intact after the sale.

Among the most notable are stained-glass windows created by American artist Louis Comfort Tiffany.

The building dates back to 1853, but the roots of the church go back further. References to the First Church of Christ in Pittsfield can be found as early as 1764, according to the church’s history page, when its founders used a small meetinghouse both as a space for prayer and for local government business.

That small meetinghouse would be replaced by a larger structure in 1791 created by Charles Bulfinch, the renowned architect who would go on to contribute to the design of the U.S. Capitol and Massachusetts State House.

When that Pittsfield meetinghouse caught fire in 1851, the stone church that still stands tall on Park Square was built in its stead, completed in 1853 and put together with materials from the nearby area. It was constructed by Leopold Eidlitz, who contributed to the design of the New York state capitol building, among other achievements.

In the two years since the building was put up for sale, the congregation has continued meeting there for weekly services and splitting time at similar churches in the area, including South Congregational Church. Once it finally does change hands, parishioners will move on to another faith home.

While the church might not be able to convert into something else, historian Martin Langeveld, who has written extensively about the First Church of Christ, said he could see someone finding a different use for it.

He speculated that the space could be used as a performance venue, an art gallery or a meeting space of some kind. But these ideas were just his opinion, and he’s curious to see what someone will eventually do with it.

“It’s going to take an entrepreneurial approach to the whole thing,” Langeveld said.

Regardless, Langeveld hopes it goes to someone who will maintain it well.

“It would be good to find someone to recognize the importance of it not just as a church, but as a piece of architecture,” Langeveld said.