Nearly 400 residents of Hinsdale plunked down deposits of $49 half a decade ago, hoping that little investment would bloom into high-speed internet service.

Later, they became eligible for refunds when a private company, rather than the WiredWest cooperative, took charge of a broadband expansion in town. Together, these Hinsdale households now are owed $19,306.

To get that money, worth a sizable stack of Easter hams, they will have to file a claim with the state treasurer’s office.

That’s where the money has been sitting since the first of the year, after the deposits were “escheated” to the state for retrieval through the treasury’s unclaimed money department.

The town recently posted a reminder on its website. Hey, it says, go get your lost cash at findmassmoney.com. 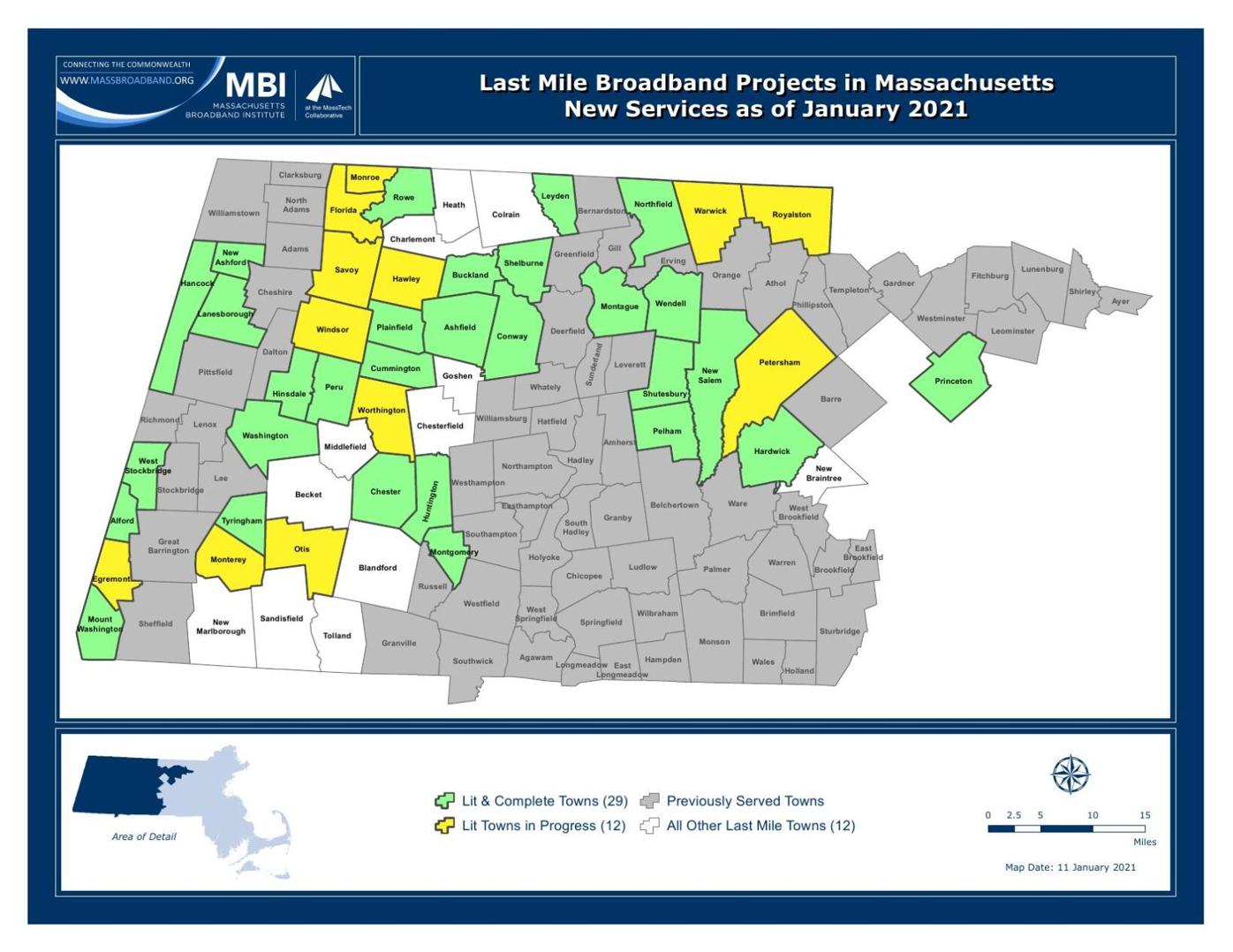 In 2015, Hinsdale was among a dozen hilltowns pursuing affiliation with the nonprofit WiredWest. The deposits were meant to document subscriber interest in creating a publicly owned broadband network that was to be administered by WiredWest. An unfavorable legal ruling in December 2015 by the Massachusetts Broadband Institute, though, took WiredWest out of play.

While many towns, such as Windsor, kept on the path to public ownership of optical fiber networks, Hinsdale’s unmet need for broadband was answered by Charter Communications. The company in 2016 was promised $1.6 million in taxpayer money to extend service to households in Hinsdale, Lanesborough and West Stockbridge.

While all three communities had Charter customers, the company’s network did not reach all addresses. The portion earmarked for work in Hinsdale came to $476,696, according to the MBI. Gov. Charlie Baker came to West Stockbridge in May 2017 to celebrate having found a private-sector solution to this corner of the digital divide.

To recover their lost deposits, Hinsdale residents can enter their names on the state’s site, locate their money and follow instructions from the treasurer’s office.

WiredWest, meantime, remains involved in helping towns that used MBI money to build their own networks.