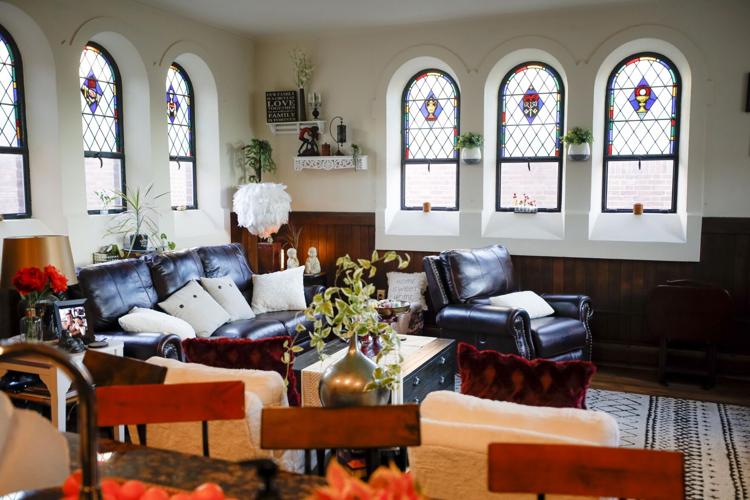 Inside one apartment at the new Morning Star apartments in Pittsfield — the unit formerly was the sacristy, where priests would prepare for a service — tenants have made the space their own. The apartment is one of only a few of the 29 market-rate units that retains the original stained glass from the former St. Mary the Morning Star Church, left. 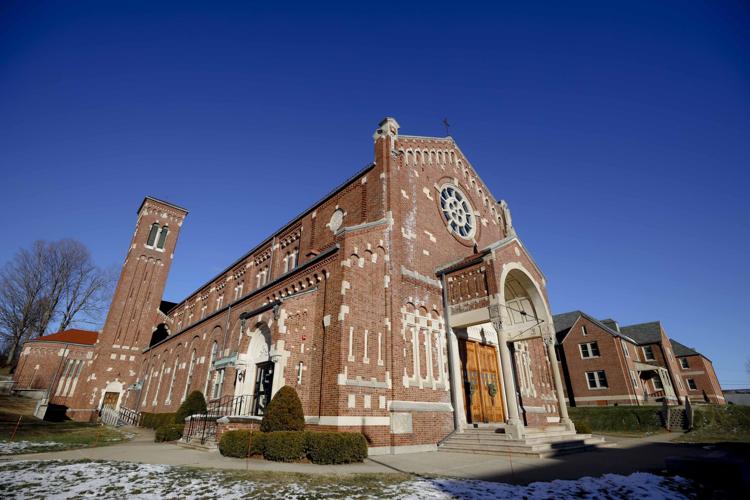 Work is almost finished on all of the 29 market-rate apartments inside the renovated former St. Mary the Morning Star Church complex on Tyler Street in Pittsfield. Nearly all one- and two-bedroom units have been leased, developer David Carver said of his fourth and largest church-to-housing project to date. 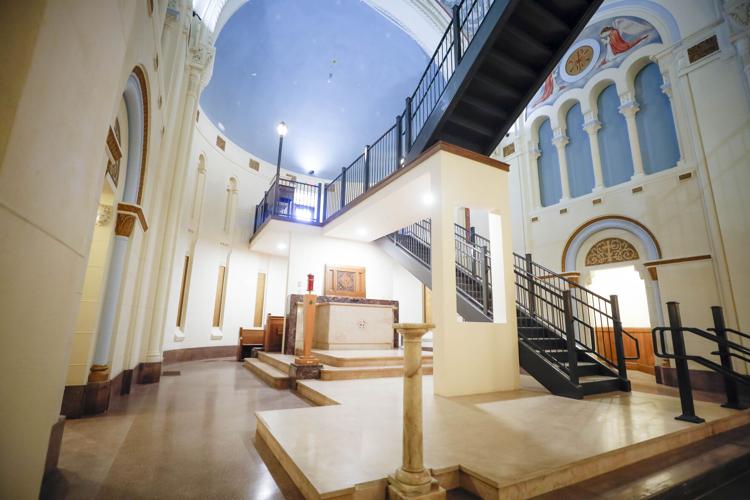 Inside the main church building at the renovated former St. Mary the Morning Star Church complex in Pittsfield, developer David Carver said he wanted to maintain as much of the original architecture as possible, so, in order to leave the church’s altar as it was, he designed a “floating” walkway from the building’s main entrance to second-floor apartments. 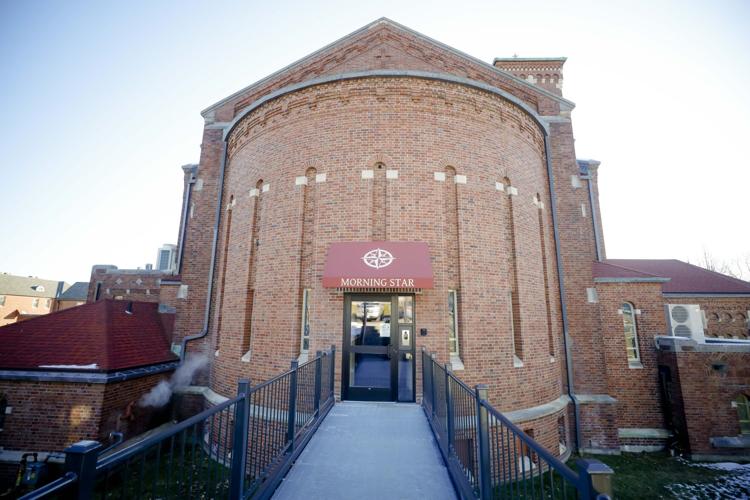 While the former St. Mary the Morning Star Church on Tyler Street in Pittsfield stands as market-rate apartments after an $8 million renovation project, a few years ago it seemed that the church property was headed for a much different fate.

PITTSFIELD — David Carver caught the “bug” for rehabbing historic churches into housing over a decade ago, and his most recent project, at the St. Mary the Morning Star Church complex on Tyler Street, has hit the rental market.

In fact, nearly all 29 one- and two-bedroom units at the new Morning Star apartments have been leased, the developer said of his fourth and largest church-to-housing project to date.

Carver said in an email that historic buildings are a form of public art that bless Berkshire County in large numbers. Those high-quality historic structures should be preserved, whenever financially and practically feasible to do so.

“There’s people in town who know so much about the church,” Carver, of CT Management Group, told The Eagle. “It really is a special, special place.”

The first structure on the property — it is the school that also served as the house of worship — dates to 1913, according to Carver. He said the church, whose commanding brick facade presides over Tyler, was built in 1942, and the rectory and convent went up in 1954.

While it stands as market-rate apartments after the $8 million renovation project, a few years ago it seemed that the church property was headed for a much different fate. The Roman Catholic Diocese of Springfield had consolidated about 2008 and was seeking to sell the church, Carver said.

After it sat vacant for years, a proposal was submitted to raze the church and put up a drive-thru Dunkin’ Donuts franchise in its footprint. But, the company pulled out amid a groundswell of opposition and after it became clear that the city likely would try to stop the project, Carver said.

He purchased the four-building St. Mary’s complex from the diocese for $500,000 in 2017. The project received a 20-year tax-exemption package from the city.

Mayor Linda Tyer, at a 2017 news conference announcing development plans, heralded the project as breathing new life into an important Pittsfield landmark, and saw potential for the project spurring revitalization in the neighborhood.

“I hope this inspires other developers to invest in Morningside,” Tyer said at the time.

Tim Burke, the managing director and CEO of one of the project’s investors, Pittsfield-based private investment group Mill Town Capital, said there is a pressing need for new housing stock in the city that hit a variety of price points, including market rate.

“The need for housing across all ends of the spectrum is really dire right now at all levels of rental rates and affordability,” he said.

Late last year, Mill Town broke ground on another project not far from St. Mary’s, to convert a group of vacant buildings and open space in the 700 block of Tyler Street into 36 market-rate housing units. He said it’s important to continue bringing new housing units to the market to show residents and Pittsfield newcomers that there are high-quality housing options in the city.

Carver thanked the city, MassDevelopment, the diocese, Berkshire Bank, Mill Town, the Tyler Street Business Group and the Friends of St. Mary’s for contributing to the project.

“Combined with the other projects planned or in progress by the City of Pittsfield, Mill Town Capital, and other private investors, the Tyler Street corridor has a bright future and should see steady sustainable growth and improvements for many years,” he said in a statement.