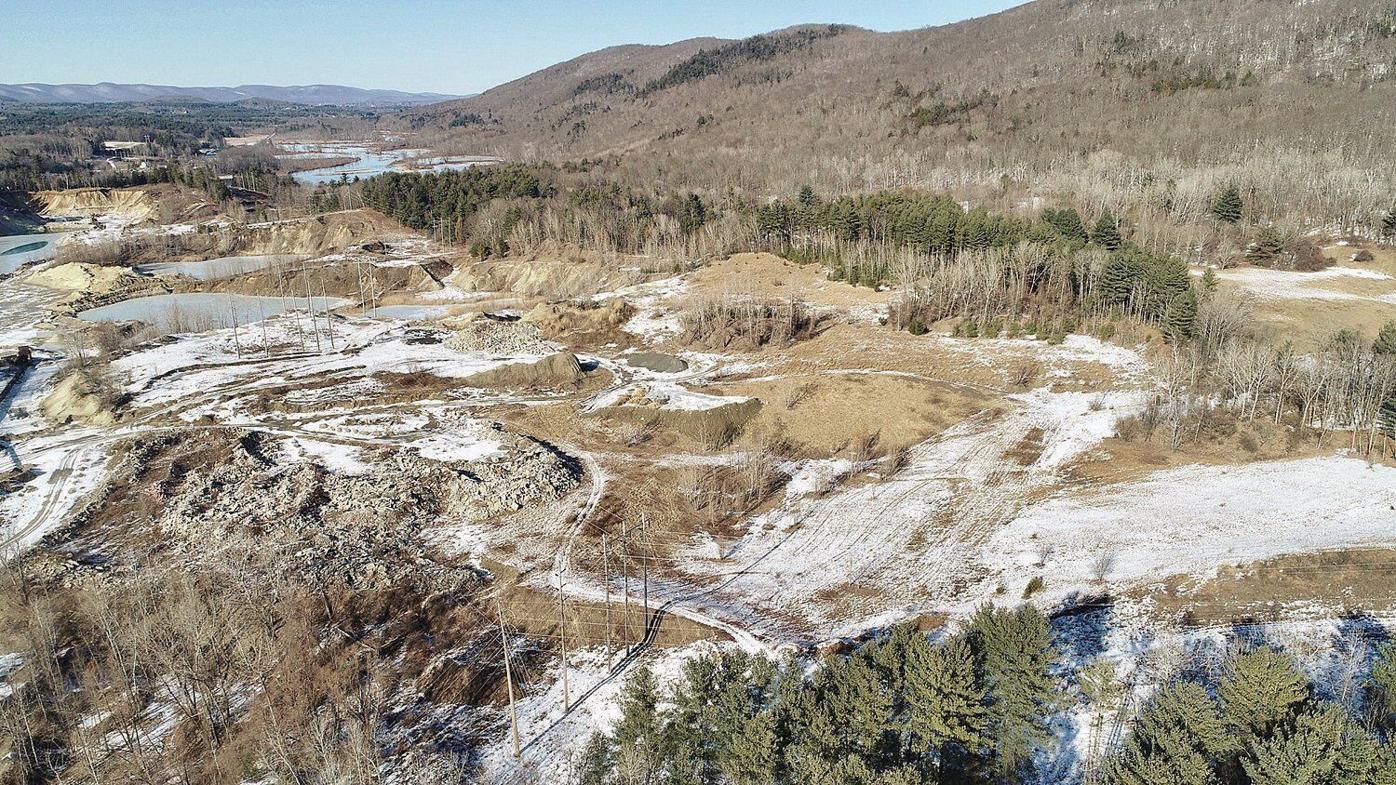 The General Electric Co. is betting that two legal challenges will fail to stop the agreement it reached in early 2020 with the Environmental Protection Agency to bury sediments tainted with PCBs on a site in Lee. Last month, the company spent $6.2 million to buy 75 acres from Lane Construction Corp. The land included in the sale is located in the center-right area in this photo, which is looking north, with October Mountain to the right. 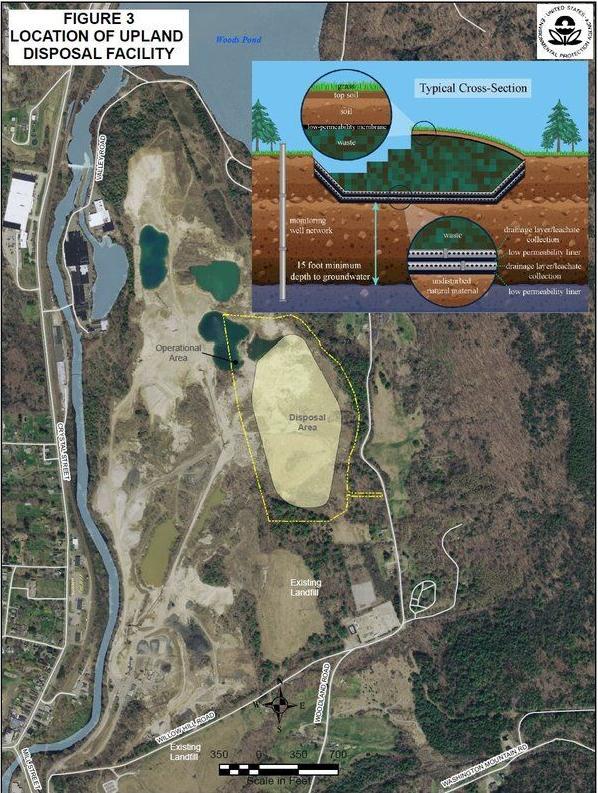 This illustration from the EPA shows the location of the planned Upland Disposal Facility. On April 28, the General Electric Co. bought 75 acres that will house the planned PCB landfill. The precise location is indicated by the shaded oval labeled “Disposal Area.” 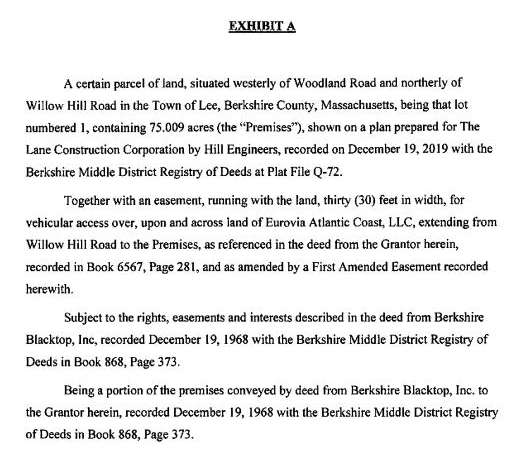 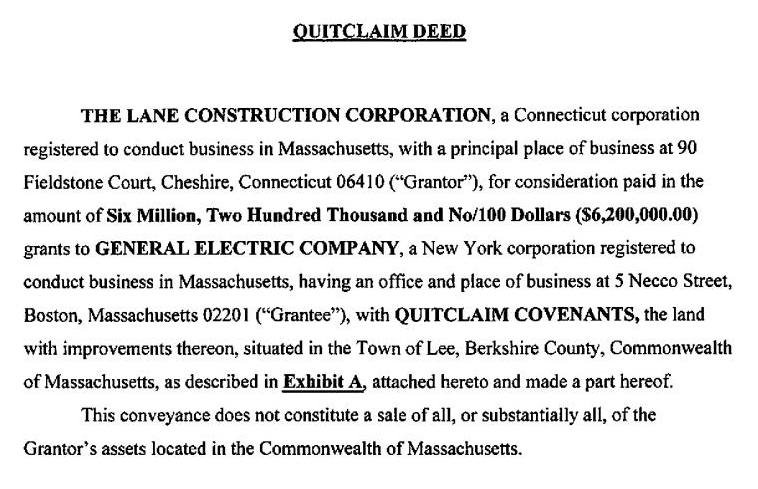 LEE — The General Electric Co. now owns the place in Lee where it expects to bury a million cubic yards of toxic sediments pulled from the Housatonic River.

By paying $82,666 per acre for the largely wooded tract, GE appears to be betting that court challenges will fail to halt the Environmental Protection Agency’s current plan to remove PCBs from the river.

This illustration from the EPA shows the location of the planned Upland Disposal Facility. On April 28, the General Electric Co. bought 75 acr…

The plan, outlined in February 2020 and made official in December, allows GE to dispose locally of sediments with relatively lower levels of polychlorinated biphenyls, a probable carcinogen. That settlement, reached through a secretive mediation in 2018 and 2019, is poised to save the company hundreds of millions of dollars and calls for both Lee and Lenox to receive payments of $25 million.

GE obtained a 24-month purchase option from Lane Construction during the mediation period, in the early summer of 2019.

The land changed hands April 28. Along with paying Lane more than $6 million, the transaction cost GE a $28,427 real estate fee.

The site sits on the northeast side of the teardrop-shaped tract Lane had owned since 1968. It is bounded by the river to the west, Woods Pond to the north, Woodland Road to the east and Willow Hill Road to the south.

Along with 75 acres, the sale grants GE a 30-foot-wide easement from Willow Hill to the tract, the planned home of a 20-acre engineered landfill to be called the Upland Disposal Facility. The easement will allow vehicles to reach the landfill, crossing land owned by Eurovia Atlantic Coast LLC. The clean-up plan calls for substantial amounts of sediment to move to the landfill through pipes, but trucks will also be used.

In the other challenge, four Lee residents want the Berkshire Superior Court to find that the Lee Select Board exceeded its authority when it agreed to the disposal site without asking residents or members of representative town meeting.