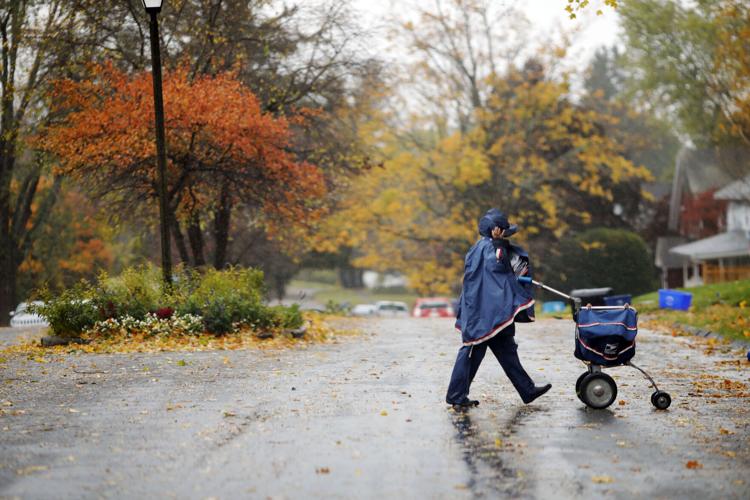 A mail carrier at work in the Berkshires. Staffing shortages are causing delivery delays for residents in some areas. 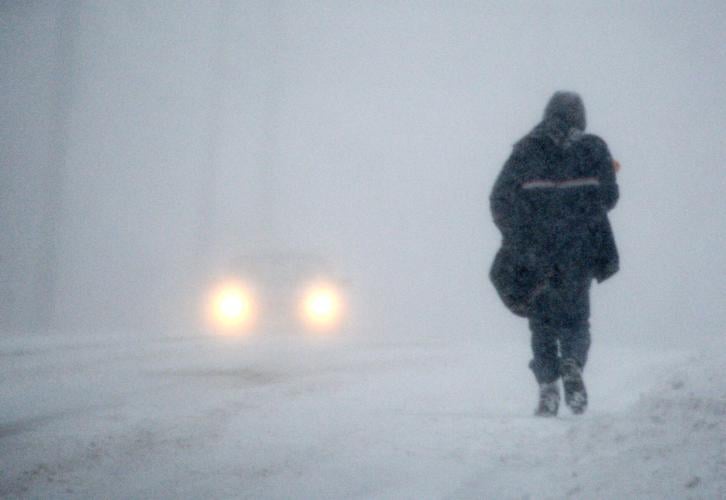 A mail carrier works through a nor'easter in North Adams in 2017. 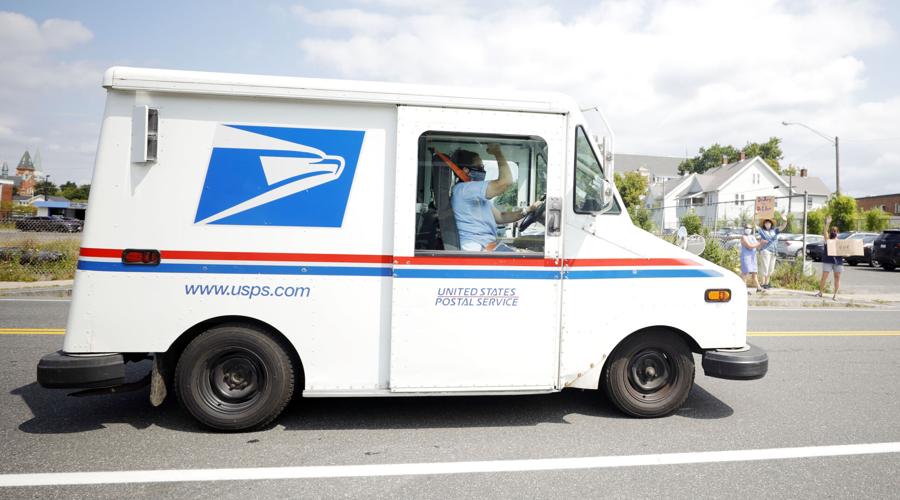 Postal workers honk and cheer with their supporters in 2020 as they pass by community members gathered outside the Pittsfield Post Office in protest to the significant cuts made to the U.S. Postal Service.

GREAT BARRINGTON — Tim Ortwein’s wife had to throw away medication because it had arrived in their mailbox too late.

The job website, Indeed, says the average annual salary for mail carriers in Massachusetts — at $42,837 — is 21 percent lower than the national average.

The postal service's mail carrier job in the Berkshires pays $19.50 an hour.

“It was temperature controlled, and it took eight days to deliver what should have taken two days,” said Ortwein.

Across town in Great Barrington, a lawyer noticed delays receiving mail at her office of up to two business days. The problems started around April, she said.

“It’s scary in my business not to get your mail because we have deadlines,” said Alexandra Glover, who noted that timing is critical with regard to court hearings and filings.

Ortwein and Glover are not alone. Other residents have contacted The Eagle about delivery delays in recent months.

A dozen mail carrier job openings in a dozen towns throughout the Berkshires indicate the problem — in addition to longstanding funding shortfalls faced by the agency — might be more widespread in the county.

It’s a staffing problem caused, in part, by “historically low unemployment,” according to U.S. Postal Service spokesperson Stephen Doherty. Summer vacation schedules and the pandemic are also to blame, and post offices do the best they can to cover delivery routes, he added.

What to do if you're not getting your mail

From a U.S. Postal Service spokesperson:

“We use every resource available to us including authorizing overtime, delivering mail earlier and later in the day or on Sundays and, in extreme cases, having Postmasters, managers and supervisors delivering mail,” Doherty wrote in an email.

Great Barrington’s Postmaster could not be reached for comment.

Communities in other states also are facing mail delays. Some attribute the problems to postal worker burnout from overwork and low pay.

The staffing problem could morph into something bigger as a significant portion of the postal workforce reaches eligibility for retirement in the next few years.

The agency is trying to fix all this with an aggressive hiring campaign, and has posted more than 100 jobs statewide on its website, Doherty said.

These include carrier jobs in a dozen post offices throughout Berkshire County, including Great Barrington, Lee, Sheffield, Richmond and West Stockbridge at a rate of $19.50 an hour, according to job postings on the postal service website. The job postings note that the work is “arduous.”

Pittsfield ralliers give stamp of disapproval to cost-cutting measures at U.S. Postal Service

Doherty did not respond to questions about what the agency is doing to attract and keep workers, like raising wages.

The job website, Indeed, says the average annual salary for mail carriers in Massachusetts — at $42,837 — is 21 percent lower than the national average.

Ortwein, whose wife didn’t receive her medication on time, lives in Alford, which does not have its own post office. His home is served by the Great Barrington post office; the other mail route in town is served by West Stockbridge. His parents are on the same route and also experiencing delays.

For Ortwein, it usually happens about once a month.

“This last time around it went on for two weeks,” Ortwein said. “We got mail three times out of 11 business days. The young man who delivers our mail, when he’s there, he’s wonderful.”

He’s had conversations with carriers, as well as the postmaster, who finally told him, “Well, if your carrier is out, we don’t have any substitutes.”

A mail carrier told him the problem is no-shows and workers calling in sick.

“Last week they said they had three carriers out,” he said. “They told me, ‘Nobody wants to work, so we have no substitutes.’”

Ortwein says he also was told by a postal employee that others who are working are seeing their days off an vacation time canceled to meet delivery needs.

“It’s not fair to them either — everybody needs down time,” he said.

“They told me the postal service doesn’t answer to him and there’s nothing they can do,” he said.

He is still waiting to hear back from U.S. Sen. Ed Markey.