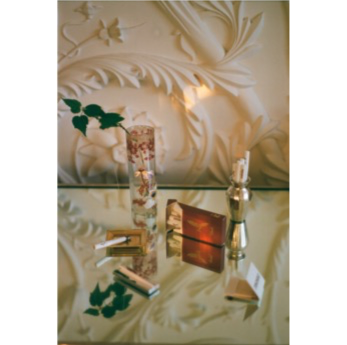 Some of the products at the shop on North Main Street. The company will sell different kinds of cigarettes, in addition to flower and other products, a jewelry and clothing line, and new and vintage smoking wares. 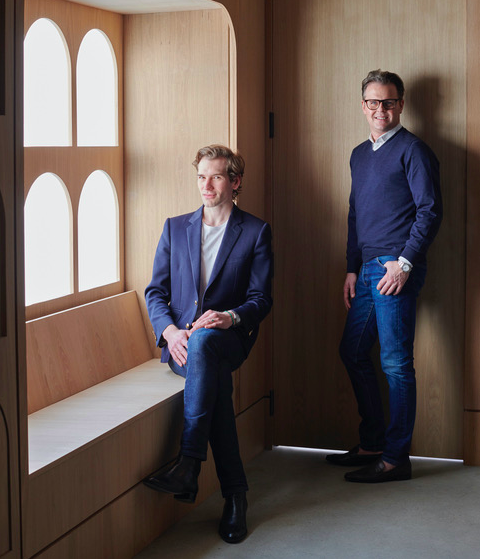 GREAT BARRINGTON — Say goodbye to the joints of yesteryear, the head shops of the past.

Farnsworth Fine Cannabis, one of the state’s first LGBTQ+-owned cannabis retailers, will be selling packs of filtered cannabis cigarettes with its own product beginning Friday, something the company’s founders say is an innovative “new take on the joint.”

The company, which opened on North Main Street last month, will sell different kinds of cigarettes, in addition to flower and other products, a jewelry and clothing line, and new and vintage smoking wares, including a table lighter that belonged to Jack Kerouac.

It is the town’s fourth shop to open its doors since legalization, and owners Alexander Farnsworth and Adam Lippes, of Monterey and New York City, gutted an old building and poured their passion for beauty into the store.

Their cannabis currently comes from several Massachusetts growers, including ones in Pittsfield and Worcester. And they have pledged that 65 percent of their workers will be LGBTQ+, people of color and veterans.

Farnsworth, an entrepreneur whose brother and sister helped found the company, said that, after a long trip through the regulatory maze, he is thrilled with his creation here with Lippes, a fashion designer.

“It’s been a dream,” he said, noting that customers so far include a mix of locals, New York City residents and people from 17 states. He has been working the floor most of the time the store has been open.

And because his family is part of the enterprise, Farnsworth says this has warmed the experience for customers.

The shop required several years of permitting, and a last-minute name change after the state said ”Highminded” would run afoul of signage rules meant to shroud the products.

“We had about 24 hours to pick a new name if we wanted to move forward in the licensing process,” Farnsworth said. “But, I can’t say that I wasn’t warned.”

They wanted a normal street entrance where people can see in, so, to abide by state rules, they had to create a lobby in which products other than cannabis are visible.

Farnsworth said the company plans to sell the cigarettes to other markets and in other states. They are unique, he said, in that they have a long filter to “keep the heat away from your face.”

The store also is honoring a family history of innovation, with displays of Farnsworth Radios that had lived at his grandmother’s house in Utah. They were invented by Farnsworth’s great-uncle, Philo Taylor Farnsworth, who is known for his work perfecting the television. He owned 300 patents.

Alexander Farnsworth said the family was able to give many of the radios a new home here, since his grandmother’s house is being taken by eminent domain for the construction of a hospital. She is 92.

“It’s comforting to her,” he said. “For her, it feels like there is a resting place for these.”