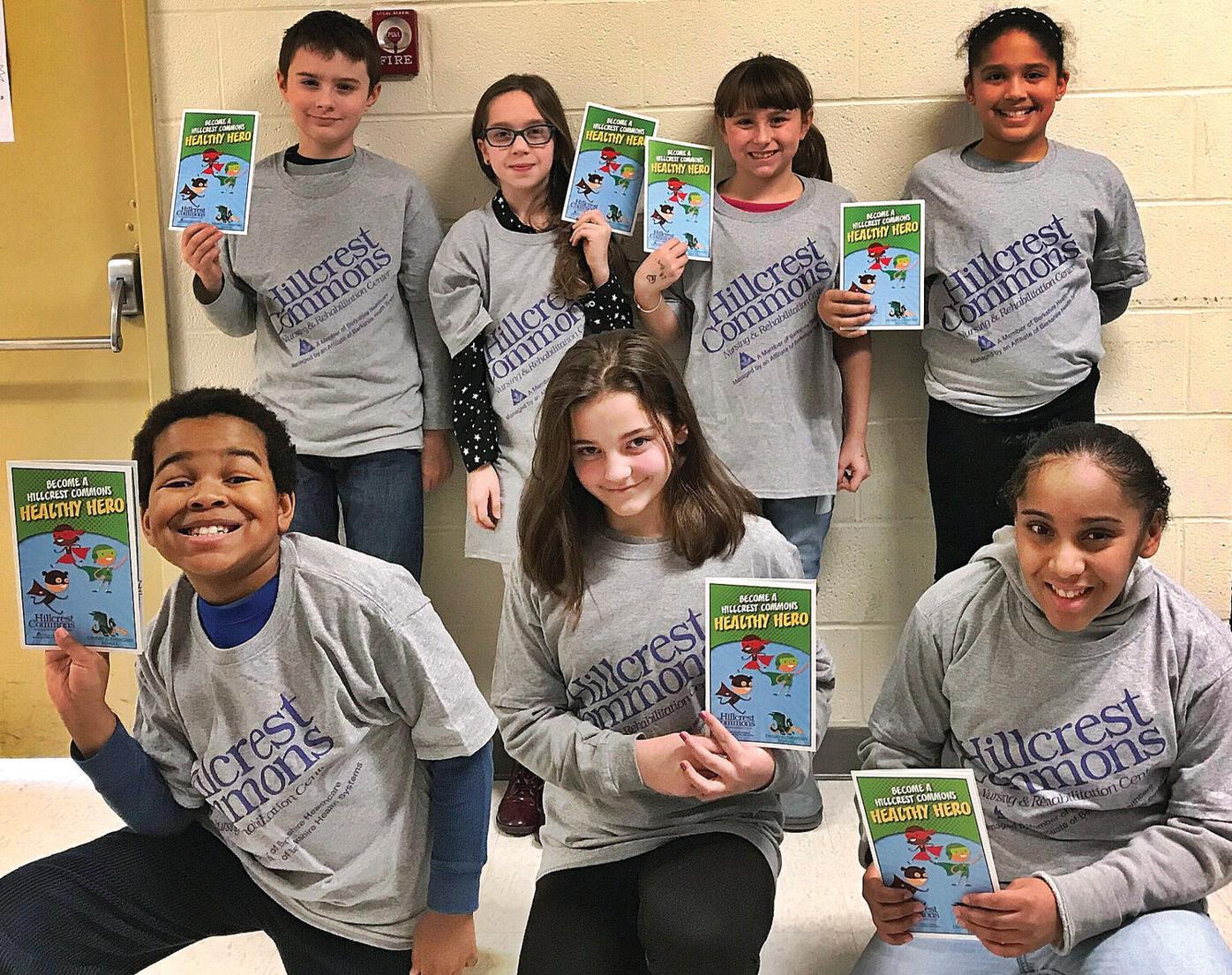 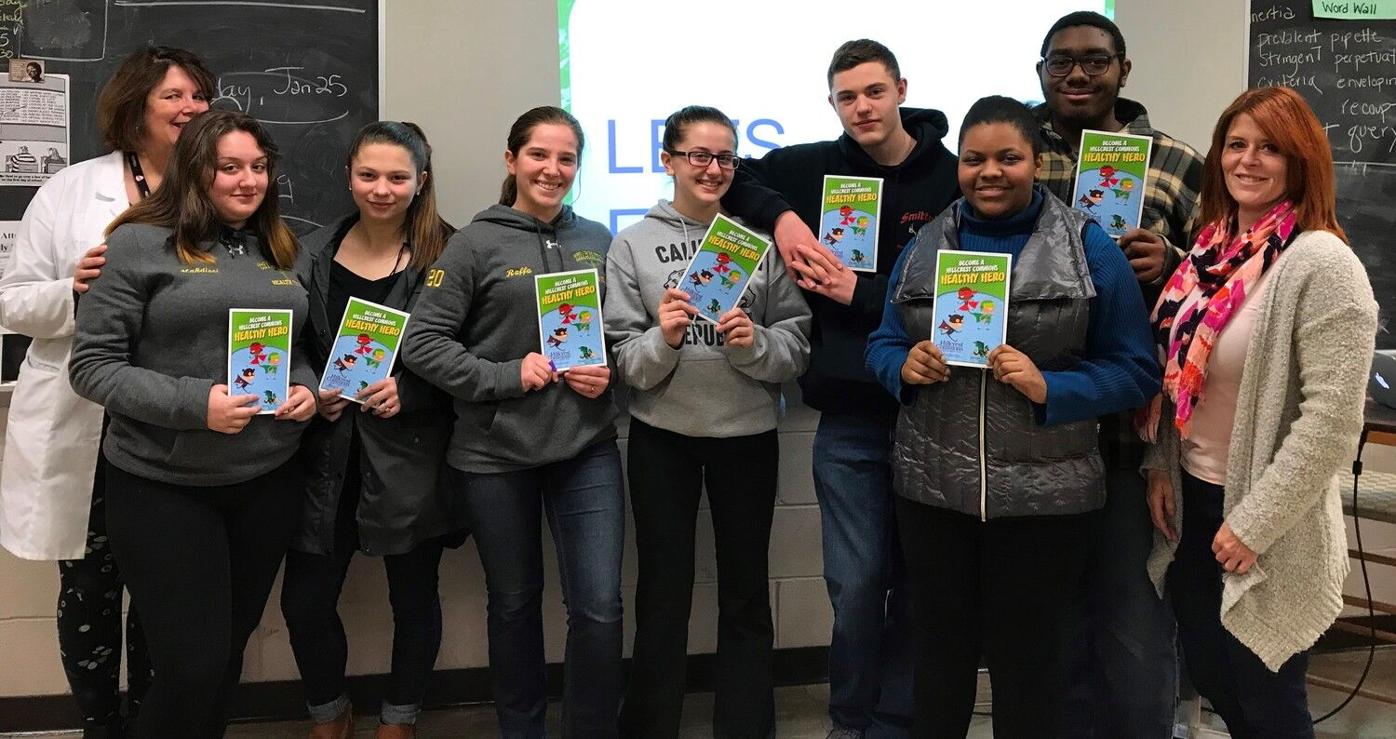 Over the years, students have visited the Valentine Road facility to sing carols, bring gifts and share other programs with residents and staff, but now the center is reaching in to schools to share resources and build partnerships. Existing partnerships have existed with Crosby Elementary School and the life skills and transition programs at Pittsfield High School.

But last May, Deirdre Tozer - Hayes joined Hillcrest Commons as its admissions and marketing director, relocating to the Berkshires after spending 26 years in England as a professional basketball player, coach and team foundation manager. With her came the experience of managing a program called "Newcastle Eagles Community Foundation Hoops4Health," which promotes healthy living skills through engagement with the basketball team, and support from community partners in the Northeast of England. Tozer - Hayes said the area had a high level of deprivation, childhood obesity and the highest rate in the country of coronary disease. The project, on average, reached some 7,000 youths between the ages of 9 and 11 on an annual basis.

Seeing the positive and healthy connections made there, Tozer - Hayes proposed adopting the concept of Hoops4Health for a project to be used at Hillcrest Common's partner school, Crosby Elementary. The idea went over well, and this winter marked the launch of the Hillcrest Commons Healthy Heroes program, which will ultimately include 455 young people and their families.

To help with the launch, she went across the street to recruit Hillcrest Common's neighbors at Taconic High School, tapping students from the Health Technologies program to be leaders for their young peers down the road at the West Street elementary school. The high school students did training with Tozer - Hayes, to prepare them to talk about the Healthy Heroes materials and then lead some interactive classroom activities, including a five-minute fitness "boot camp."

The Healthy Heroes program began on Monday, Jan. 29 with Crosby fifth-graders. Tozer -Hayes, the Taconic students and other Hillcrest Commons staff worked together to visit classrooms and introduce kids to a "task book." The book is designed as a tool to help the fifth-grade students track their daily sleeping and eating habits, water consumption, physical activities and even family history.

"I love this," said fifth-grader Zeynia Rodriguez. "I think it'll be really fun."

Neither she nor her classmate, Ace Coviello, had given much thought to tracking their activities, but were willing to give it a try. Other students seemed a little reluctant, pushing the booklet around their desktop.

"It's something different," said Coviello, noting he does track his sleep hours by setting an alarm clock.

The Hillcrest Commons and Taconic student instructors then challenged students to complete the book and exercise challenges in it by the end of the week. That Friday, students with the healthiest recorded habits had a chance to earn a prize and a healthy dose of bragging rights.

Tozer - Hayes said the books that were turned in were revealing. "We and even the teachers were shocked that some of the kids aren't sleeping enough," she said.

It's recommended that children ages 5-12 get 10 to 12 hours of sleep, but some of the fifth-graders reported fewer than six hours.

Another issue of note was how students seemed aware of what foods were healthy, but prone to giving in to things like soda over water, or fried chicken over roasted chicken.

The Healthy Heroes team have since been visiting students in younger grades. Instead of a task book, kindergarteners and children in grades 1 and 2 were given a coloring page to submit for a prize. This Friday, the team will return to Crosby to introduce similar healthy living skills to third and fourth graders, and launch a drawing contest. Student art will then be displayed at Hillcrest Commons.

Tozer -Hayes said that right now, funding for the program comes from her workplace budget. She hopes eventually the program can grow like England's Hoops4Health and have the budget and staffing to reach multiple schools and towns in this region.

The Healthy Heroes program has been an extension of some of the other activities Hillcrest Commons holds with Crosby throughout the year. Other programs include "safe trick-or-treating," ice cream socials, spaghetti dinners, and a popular "Student of the Month" recognition program. The latter will culminate in a June 11 "Student of the Year" ceremony, in which all the monthly honorees and their loved ones will be invited.

"It has been wonderful partnering with Deirdre this year. She has brought new life to our partnership with Hillcrest Commons," said Eric K. Lamoureaux, community coordinator for Crosby Elementary School. "Being a healthy student and knowing about their bodies is an important part of the elementary years and growing up."