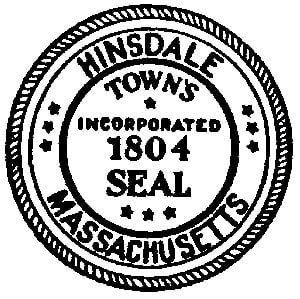 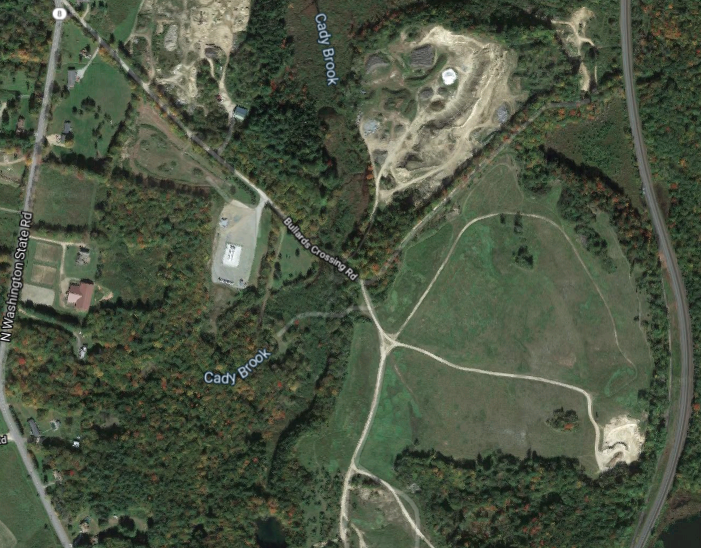 A Connecticut company is proposing to build a 91,000-square-foot cannabis cultivation facility in a former gravel pit (at lower right in this photo) on Bullards Crossing Road in Hinsdale.

HINSDALE — Neighborhood concerns about a proposed Hinsdale cannabis farm, including odors and use of water, will be sent to the Select Board — along with the Planning Board’s finding Thursday that the project satisfies the town’s marijuana bylaw.

FFD Enterprises MA, based in Hartford, seeks a special permit to construct a growing facility on Bullards Crossing Road near the Washington line. The company’s president presented the project to planners Thursday, in an online session attended by about two dozen viewers.

Benjamin Zachs of FFD said he hoped to secure approval from the Select Board in time to get plants into the ground this summer. “My goal is to get going soon and quickly,” Zachs said.

The farm would create 20 year-round jobs and pay Hinsdale 3 percent of the wholesale value of its products. All cannabis grown would be sold to distributors, with no local sales. 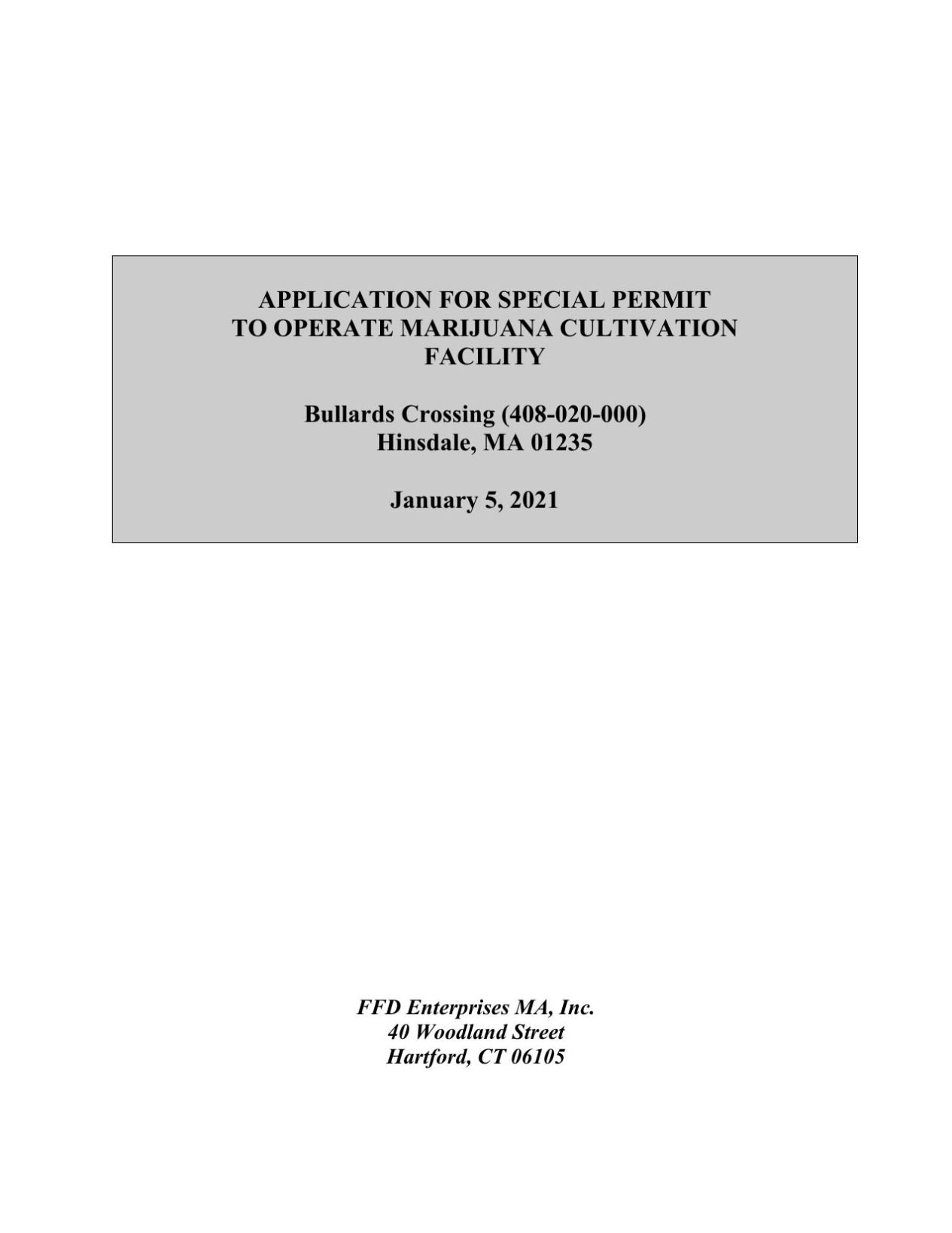 The company already holds a host community agreement with the town, a license from the Cannabis Control Commission and operates a smaller growing facility next door on Bullards Crossing. The proposed farm would be allowed to cultivate cannabis on up to 100,000 square feet of space on a 20-acre parcel carved out of a former gravel pit. Almost all of it would be grown outdoors.

Because the land is a former quarry, it is cleared. “It’s entirely possible we won’t cut a single tree,” said Chris Chamberland, an engineer with Berkshire Design Group of Northampton.

Some questions from neighbors centered on how the farm’s plan to use up to 12,000 gallons of well water a day for a maximum of 30 days would affect supplies in the area.

FFD representatives said the use of water would be seasonal. The amount of water falls below the 100,000 gallon daily benchmark, over 90 days, that would trigger the need for a permit under state law. The project would capture water runoff from roofs into a 120,000-gallon pond to use for irrigation.

Carollee Hilton, who lives at the corner of Route 8 and Bullards Crossing, asked whether the town could help residents if the project depleted the supply of water. Richard Scialabba, the board’s chairman, said it was unlikely that Hinsdale could make that commitment.

“It’s something that we need to consider,” said another neighbor, Rima Sala. Hilton also proposed a study of underground water supplies to determine whether the farm’s draw can be sustained.

Donald Gagnon, chairman of Washington’s Planning Board, attended and asked questions about odors from farm fields.

Scialabbla said their comments would be shared with the Select Board, on which he also sits.

Because of his dual role, Scialabba abstained from the Planning Board’s vote, which came without discussion after more than 90 minutes of presentation and audience questions. The board's vote includes a recommendation to the Select Board that any special permit include a requirement that the project use the best available technology on odor control. No date has been set for consideration by the Select Board, which holds the authority in Hinsdale to grant special permits.

“This actually was a very enlightening conversation,” Scialabba said.

Zachs said he hopes, with town approval, to be able to get the project's four greenhouses set up by early summer and to have plants in the ground for the summer. The proposed “head house,” a prefab steel building, would be erected in time to handle the harvest in the fall.

“And go to market around November or the end of the year,” he said.

HINSDALE — Before a videoconference closed Thursday, the folks proposing a Hinsdale cannabis farm seeded the “chat” with their phone numbers a…