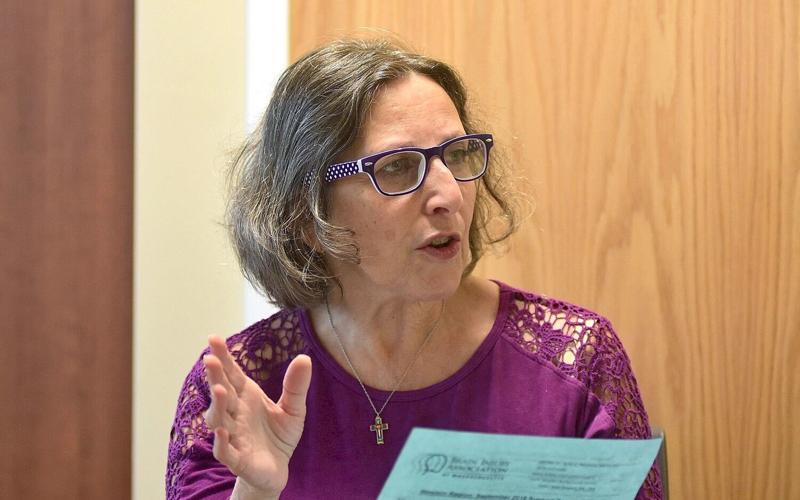 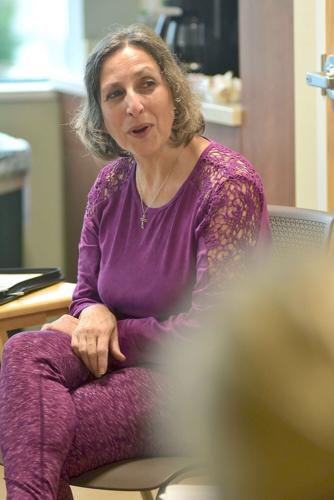 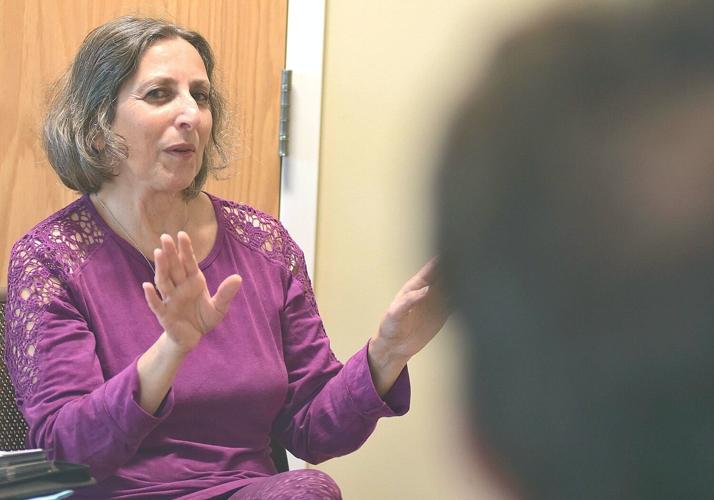 PITTSFIELD — Helene Robillard used to love her job as a real estate paralegal.

From juggling real estate transactions to crunching numbers, she said multitasking was her forte. People who knew her remarked at her ability to zoom in and out of topics and do several things at once, she said.

"It was raining, it was snowing, it was sleeting," she said, and she was headed from Pittsfield to the Southern Berkshire Registry of Deeds in Great Barrington.

Somewhere near the Stockbridge-Great Barrington town line on Route 7, she hit a patch of black ice. Her vehicle slid into the guardrail and went airborne. It sideswiped several treetops and landed in a ditch.

Since then she has trouble remembering things and multitasking, she said, because her brain processes things more slowly now. "There's no way" she could return to work.

"That was a really hard decision for me," she said. "Because I loved my job."

Robillard will tell her story on Saturday during the annual Walk and Roll in Cheshire, hosted by the Brain Injury Association of Massachusetts. The event, which kicks of at 9:30 a.m. at the Ashuwillticook Rail Trail on Farnams Road in Cheshire, is aimed at raising awareness about the prevalence of brain injuries and funds to help the people who get them.

Robillard said she hopes her story helps people realize the need for the services the association provides, and how quickly life can change.

"Support the brain injury association," she said, "because you never know when you might need it for some reason."

Cynthia Cardeli Lunt, the association's director of programs and services, said the Berkshire event on Saturday kicks off a statewide series of events to support the cause. The others will take place in Framingham on Sept. 23 and in Bourne on Sept. 29.

"Every nine seconds someone sustains a brain injury," she said. "It can happen to any one of us at any time."

Cardeli Lunt said brain injuries can be invisible at the outset, but there are 5.3 million people in the U.S. living with traumatic brain injuries. Car accidents are common sources, she said, but people most commonly get brain injuries from falling and hitting their heads.

"Some people have to learn to eat, walk, talk all over again," she said, and at the same time, their support networks tend to diminish.

It took Robillard several months to realize her brain wasn't functioning like it used to.

At first, she thought she was processing things more slowly because of her other injuries. She said she was "in pretty rough shape" after the crash, which left her with broken bones throughout her body. Her jaw was broken in two places, her clavicle was broken, as well as several vertebrae and ribs.

After about six months, she was out and about again and realizing a significant difference.

"I wasn't understanding what people were saying," she said. "I wasn't remembering things."

Robillard said she found the Brain Injury Association by accident one day during a trip to Rite Aid, attended one of their support group sessions, and after that got additional testing. A bilateral subarachnoid hemorrhage, it turns out, was to blame for the challenges she was facing.

"I was losing words, getting really tired really quickly," she said.

Robillard said she began regularly attending support group sessions, and now she runs several of them.

She said she had to learn that recovering from a brain injury comes in fits and starts. Robillard said she'd start to feel better and then overextend herself, until she learned: "If I do too much today, it might hit me tomorrow."

"Brain spots" are the result of filling a day with too many stimulating activities, she said. Robillard describes these as moments of confusion, as in difficulty following others during a conversation.

She said it can be frustrating at times, like when she can't read in the way she wants to.

"I used to be a really avid reader," Robillard said, recalling how she'd read the whole newspaper, front to back. "I can't do that anymore. I have to read one article, or two, before my brain starts to not comprehend."

She has an easier time reading a magazine or a book all about one topic, she said, rather than a newspaper, which sends the mind in and out of various subjects. "It's moving my brain around too much," she said.

And interruptions are difficult to overcome, Robillard said. "My family was able to see a lot sooner than I was, that I probably wasn't going to make it back to work."

She kept thinking she'd be fine in a few more months. Improvements have come in certain areas, Robillard said, but it's crucial that she take time for rest.

"I used to be able to do stuff around the house, go to work for eight hours, come back and go to a community meeting." she said. "Now there's no way. I have to have space in between activities when I can just relax, and relax my brain a little bit."

Recovery will inch forward, she said, with time.

"I feel like there will still be some improvement," Robillard said. "But it's slow and I have to kind of accept that."

Sometimes it's hard, she said, but her family has worked to understand what she's going through. Robillard said they're patient when she asks a question they've already given an answer to.

`We all have a good sense of humor, and that helps," Robillard said. "That helps a lot."

In her volunteer work with the association, she said she tries to promote understanding about what she and others with brain injuries go through.

"I think that a person who's been through a brain injury is the same person inside, but their ability to do different things is different and slower," she said.

And so "please be patient."