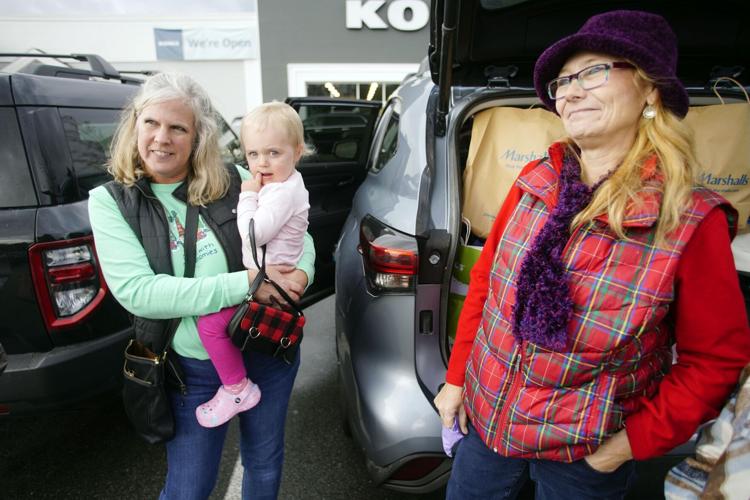 Michelle Elithorpe, granddaughter, Kelsey, age 2, and Rebecca Andrews, all of Shaftsbury, Vt., stand in front of a trunk piled high with shopping bags at the Kohl's store in Lenox. 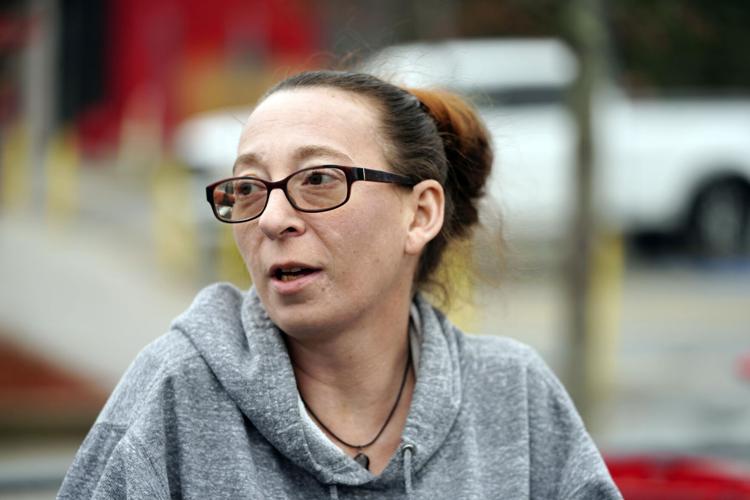 Elisa Giardina finished her shopping at Target in Lanesborough. "I get this day off, so I was going out today anyway," she said. 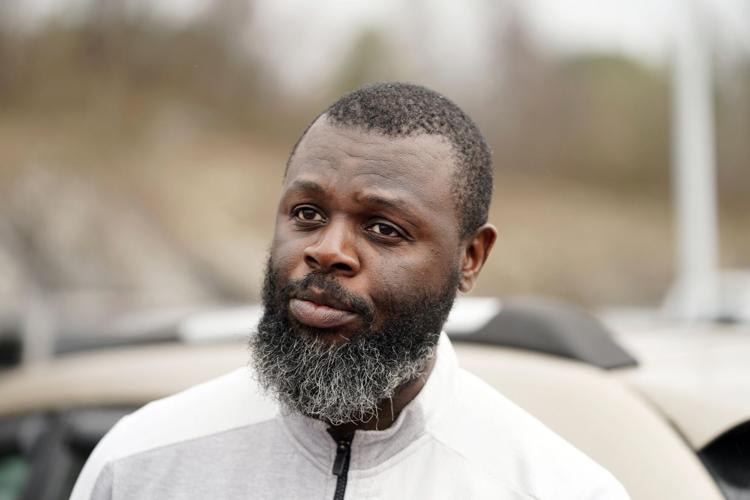 Hugues Guede gets ready to shop at Target in Lanesborough. It was the first time the native of West Africa had ever shopped on Black Friday in the Berkshires. 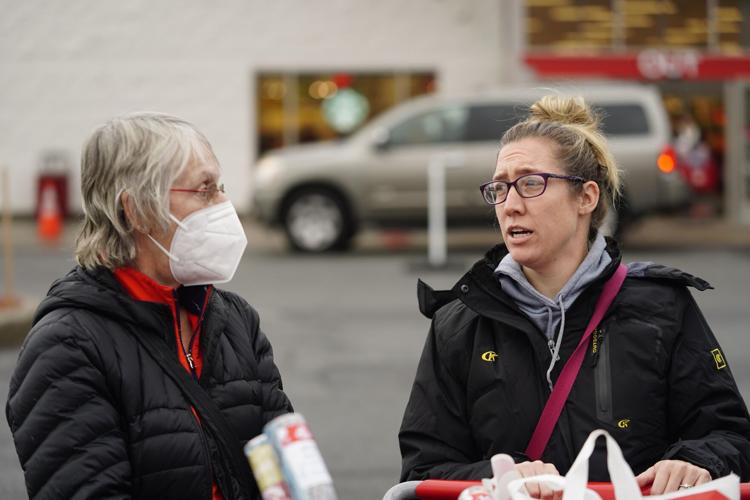 Chris Robare and Stephany Onorato just finished their shopping at Target in Lanesborough.

Everything is more expensive this year, and it's easier to shop online than to brave the elements and go to a real store.

But Black Friday, is, well, Black Friday. For those who traditionally shop on the day after Thanksgiving, the possibility of paying a little more this year on a gloomy day wasn't enough to keep some of them at home in the Berkshires.

"It's a tradition," said Michelle Elithorpe, one of five family members who traveled from Shaftsbury, Vt., to Berkshire County to shop Friday.

"This is like our seventh year going out together," added family member Abby Andrews.

"And we have grandchildren now," Elithorpe said. "You always have to find some room in your wallet for the grandchildren, right?"

The group from Shaftsbury made the most of their trip to the Berkshires, hitting over 10 stores. By the time they reached the new Kohl's store in Lenox, the trunk of their car was packed full of shopping bags.

Inflation caused prices overall to rise roughly 7.7 percent this year through October, according to the Consumer Price Index. Costs were on shoppers' minds Friday.

"I figured I'd take a look and see if anything was on sale," said Marty Lyon of North Adams, outside the Target store in Lanesborough.

"My mom says tell me what you want now, because it's going to be more expensive later, " said Makala L'Hote, who lives near Lake George in New York, but was visiting her mother in Pittsfield.

But deals were still there to be found. Lyon found a discount on a Christmas tree at Target. Elisa Giardina of Pittsfield said she found discounts on coats.

"I had this day off, so I was going to go out anyway," Giardina said.

"It gets you out of the house," said Lyon, the North Adams shopper. "It gives you something to do."

On Target customer, Hugues Guede, was partaking of his first Black Friday experience in the Berkshires. He is a native of West Africa.

There were plenty of cars in the lots at both Kohl's and Target Friday afternoon and a steady stream of people walked in and out of both stores. But the mood seemed less frenzied than on previous Black Fridays.

That may be because big retailers in the Berkshires no longer try to outdo each other by opening ever earlier. Kohl's, marking its first Thanksgving in the Berkshires, did open at 5 a.m. But Target, which has traditionally has opened early on Black Friday in the Berkshires, waited for first light this year, opening at 7 a.m.

Others said they found shopping around fewer people relaxing.

"There's still a lot of people in there," said Chris Robare of Stamford, Vt., who went to Target with her daughter, Stephany Onorato, of Adams. "It's busy, but not what I thought it would be."

"Off to the outlets," Onorato said.

Several shoppers said they preferred going to stores rather than shopping online. Being able to see products up close, and socialize in a group, were the main reasons.

"We can't do all of this," said Elithorpe, gesturing to the four other members of her family. "It's lonely sitting at home online."

"Both of my older sons passed away from a familiar form of ALS when they were 28 and 30 years old," she said. "So spending time with the people I love is extremely important. At the end it doesn't really matter the money that you have, the awards on your wall, or the credit cards in your pocket. It's the love that you've given and the love that you've received."

"As a grieving mother, losing two sons back-to-back, it's important for me to get myself up in the morning and go with the people that I love," she said. "You just don't know when life will come to an end."