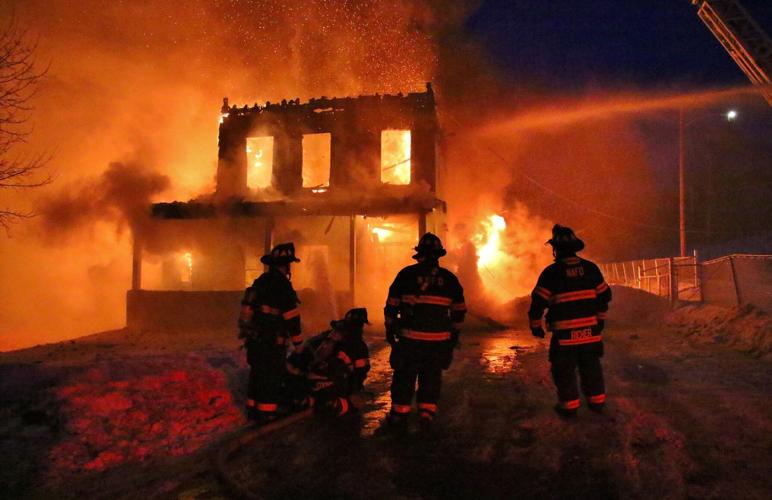 A home on Veazie Street was destroyed early Friday morning in a fire. No one was injured. 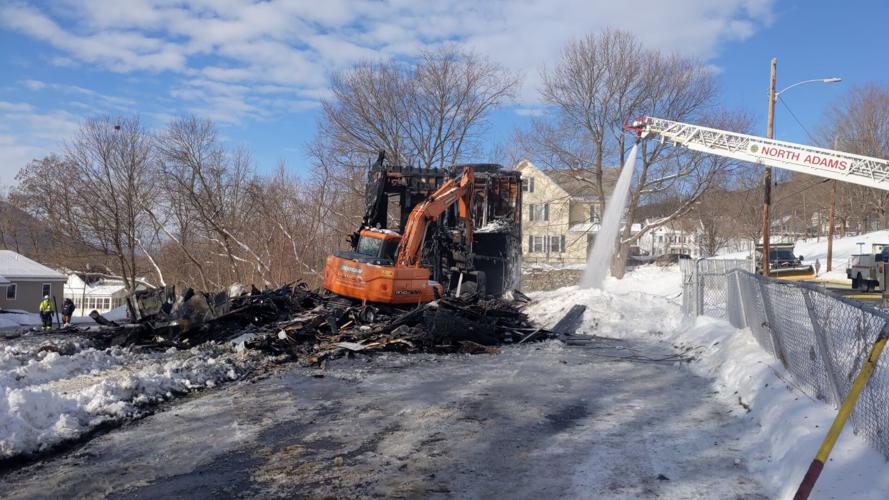 A home at 47 Veazie St. in North Adams was razed after a fire early Friday morning. 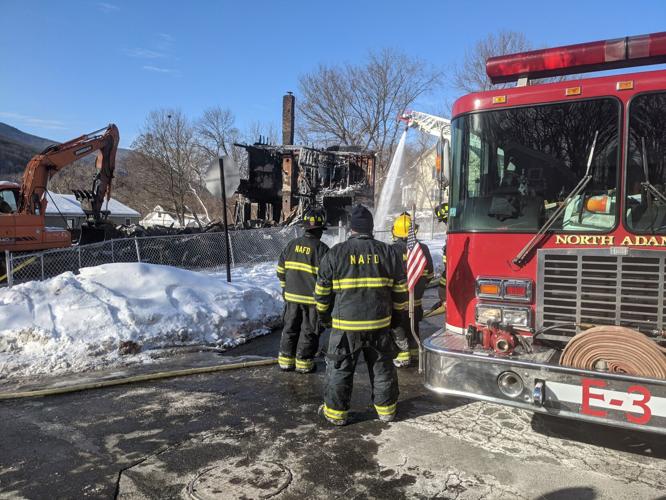 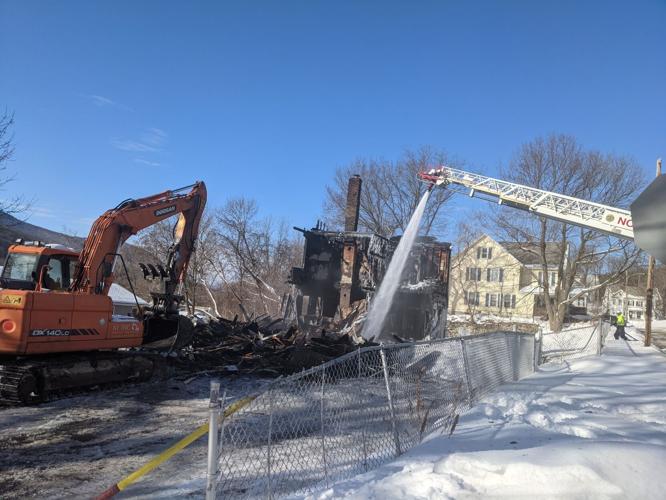 A home on Veazie Street was destroyed early Friday morning in a fire. No one was injured.

A home at 47 Veazie St. in North Adams was razed after a fire early Friday morning.

NORTH ADAMS — A house on Veazie Street was destroyed in an early morning fire Friday, as nonfunctioning hydrants hampered the Fire Department’s response.

The fire started about 5:45 a.m. and took a couple of hours to extinguish, according to the North Adams Fire Department. The home at 47 Veazie St. was engulfed in flames when firefighters arrived.

“It had a good jump on us,” said interim Fire Chief Stephen Meranti. “We were behind the ball at the start.”

The department tried four hydrants before finding one that allowed members to attack the fire, causing a significant delay for firefighters, Meranti said.

The nearest hydrant, just across the street from the home, was not working, according to Meranti. A separate hydrant at the bottom of the street was missing, he said, while another had water pressure too low to be effective, and a fourth also was broken.

The interior walls of the building appeared to already have taken significant damage before firefighters arrived and continued to burn at a rapid pace while firefighters searched for a hydrant.

“Because of the instability, we couldn’t go inside,” he said. “So, we made the call to go defensive and knock it down.”

Workers from A-1 Paving & Excavation arrived to tear down the structure after the fire was extinguished. Just before 10 a.m., they were taking down the final back wall of the house. The department said it expected to remain on the scene for several more hours to eliminate any hot spots.

Meranti said it was not clear whether the department could have saved the house if the nearest hydrant had been functioning, but that the delay cost “several minutes” in a situation where seconds count.

“We have to do something about this city’s fire hydrants,” he said. “It’s unacceptable. God forbid we needed to do a rescue and we were going in blind.”

Visiting the scene later in the morning, Mayor Tom Bernard called the incident “another urgent call to action” and that he was grateful no one had been hurt.

“I recognize that we need to take short, medium, and long term action to correct the deferred maintenance problem with our fire hydrant system,” he wrote on Facebook. “As a first step I will meet with leadership and front line staff from the fire and public services departments to lay out an updated fire hydrant plan to bring forward to the City Council and the community.”

Firefighters also had to work in single-degree temperatures. Northern Berkshire EMS arrived to help the crew, while Clarksburg Fire served temporarily as backup for the rest of the city.

The home was vacant, and there were no injuries. Meranti said he wasn’t sure what caused the fire and that identifying a cause would be hard, given that the house was destroyed. He added that he had heard reports about an electrical issue.

This marks the second fire response apparently delayed by broken fire hydrants in recent weeks, after a blaze at Greylock Valley Apartments.

The Association of Firefighters Local 1781 raised concerns about nonfunctioning hydrants after the apartment fire, and the city’s Public Safety Committee and City Council have brought up the issue at recent meetings.

According to Councilor Jason LaForest, the chairperson of the city’s Public Safety Committee, about 100 hydrants across North Adams are not operational.