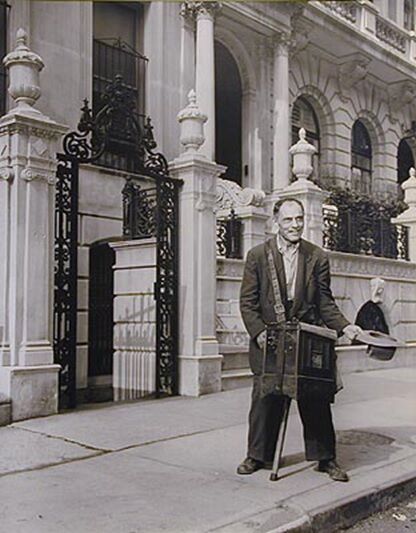 Antonio Mastriaco is shown in New York City in 1949 — without his partner. Mastriaco and his Capuchin monkey, Joe, were regulars on North Street in Pittsfield in the 1940s and 1950s. 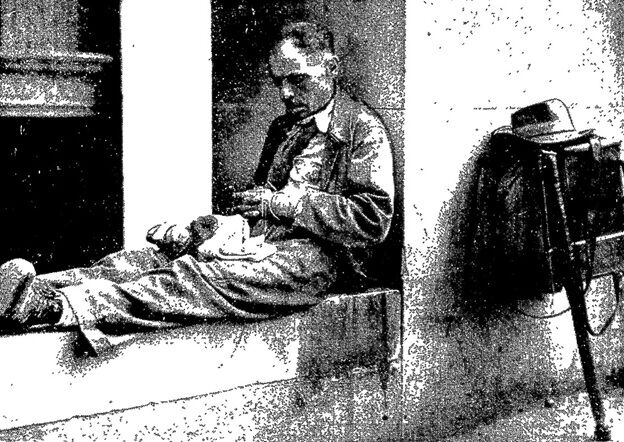 Mastriaco takes a break at the Miiler Building on North Street in Pittsfield in 1945 as his partner, Joe, rests in his lap.

Antonio Mastriaco is shown in New York City in 1949 — without his partner. Mastriaco and his Capuchin monkey, Joe, were regulars on North Street in Pittsfield in the 1940s and 1950s.

Mastriaco takes a break at the Miiler Building on North Street in Pittsfield in 1945 as his partner, Joe, rests in his lap.

In the summertime of the late 1940s through the 1950s, Pittsfield had its share of interesting people who frequented North Street and whom we would call “town characters.”

One of my very favorites was a summer visitor from New York City by the name of Antonio Mastriaco. Very few residents knew his name, but many will remember him and his partner, Joe, for their charm in entertaining children and adults alike.

Antonio was Pittsfield’s organ grinder and Joe was his pet Capuchin monkey, dressed in a regal outfit with a cute cap. As Antonio would crank his organ, Joe would tip his simian cap and reach out for coins from onlookers.

Antonio was 69 when he first came to the city in 1942, after he heard that the Berkshire Symphonic Festival had been canceled for the season. He and Joe (then 9 years old) returned for each summer.

The energetic old organ grinder saw the community as an opportunity to share his music and to earn some money each day. Pittsfield had not had a visiting organ grinder in several years, and the territory was ripe for Antonio and Joe. The city’s population soon after World War II was on the increase, reaching 50,000 by the mid-1950s. Plus, Pittsfield drew thousands of Berkshire tourists coming to shop, go to the movies and visit historic sites.

At one time or another dating to the early 1900s, North Adams, Lenox and Dalton all had visiting organ grinders with monkeys. Great Barrington’s organ grinder had spent summers in the town for over 50 years before retiring in 1935.

Organ grinders actually go back in history nearly 400 years. The organs were first developed to teach canaries how to sing. But, enterprising owners soon learned that working outside and teaching a monkey tricks and to go for coins was a more lucrative income.

The crank organs were carried via straps on the grinder’s chest and often had a single leg to attach to support the heavy box. The earlier organs had small wooden barrels with pins or nails that were organized to form tunes. As the organ was cranked, the barrel revolved and the pins opened valves, allowing air into pipes to make the sound.

Generally, the smaller organs had about 20 pipes. The cranking also provided the air through bellows. The small barrels could only play a few tunes and were difficult to change. In the late 19th century, the organs were built with punched paper rolls (like those of player pianos) and were easier to change. Over the years, opera tunes were replaced by ragtime or more contemporary melodies.

The Capuchin monkeys were tethered to the organ or to their owner by a chain or strap. They added entertainment to the music and were trained by what we now call behavior-modification techniques using rewards for them to do tricks and to collect the coins. Their handlike paws with thumbs allowed them to tip a hat, carry a cup or reach for a coin.

The first organ grinders in this country came from Italy and settled in New York City. In the 1880s in lower Manhattan, nearly 1 in 20 Italian immigrants were organ grinders. In 1936, the city banned barrel organs to eliminate negative perceptions of immigrants. Most organ grinders pursued other trades, but some sought out new communities, like Pittsfield, to continue to entertain for a small income.

Antonio was Pittsfield’s last regular organ grinder. The likable little man was in his 80s in the 1950s when he retired to the Bronx with his partner, Joe. Pittsfield had very few visiting organ grinders after Antonio. Street organ grinders all but disappeared throughout the country by the 1970s, except as retirement hobbies for some.

One of the best things to come out of the organ grinder experience was the recognition of how clever and trainable Capuchin monkeys were. In 1979, an organization called Helping Hands Monkey Helpers was founded in New York City to train these monkeys to assist people with spinal cord injuries and other limitations.

The monkeys learned quickly to do many household activities, such as opening and closing doors, getting food from the refrigerator, turning on or off lights, retrieving items, such as books from shelves, using remotes, scratching itches, etc. Little did Antonio realize that someday his pal Joe and his buddies spurned such a helpful movement.

Jim Shulman, a Pittsfield native living in Ohio, is the author of “Berkshire Memories: A Baby Boomer Looks Back at Growing Up in Pittsfield.” If you have a memory of a Berkshire baby boom landmark, business or event you’d like to share or read about, please write Jim at jesjmskali@aol.com.