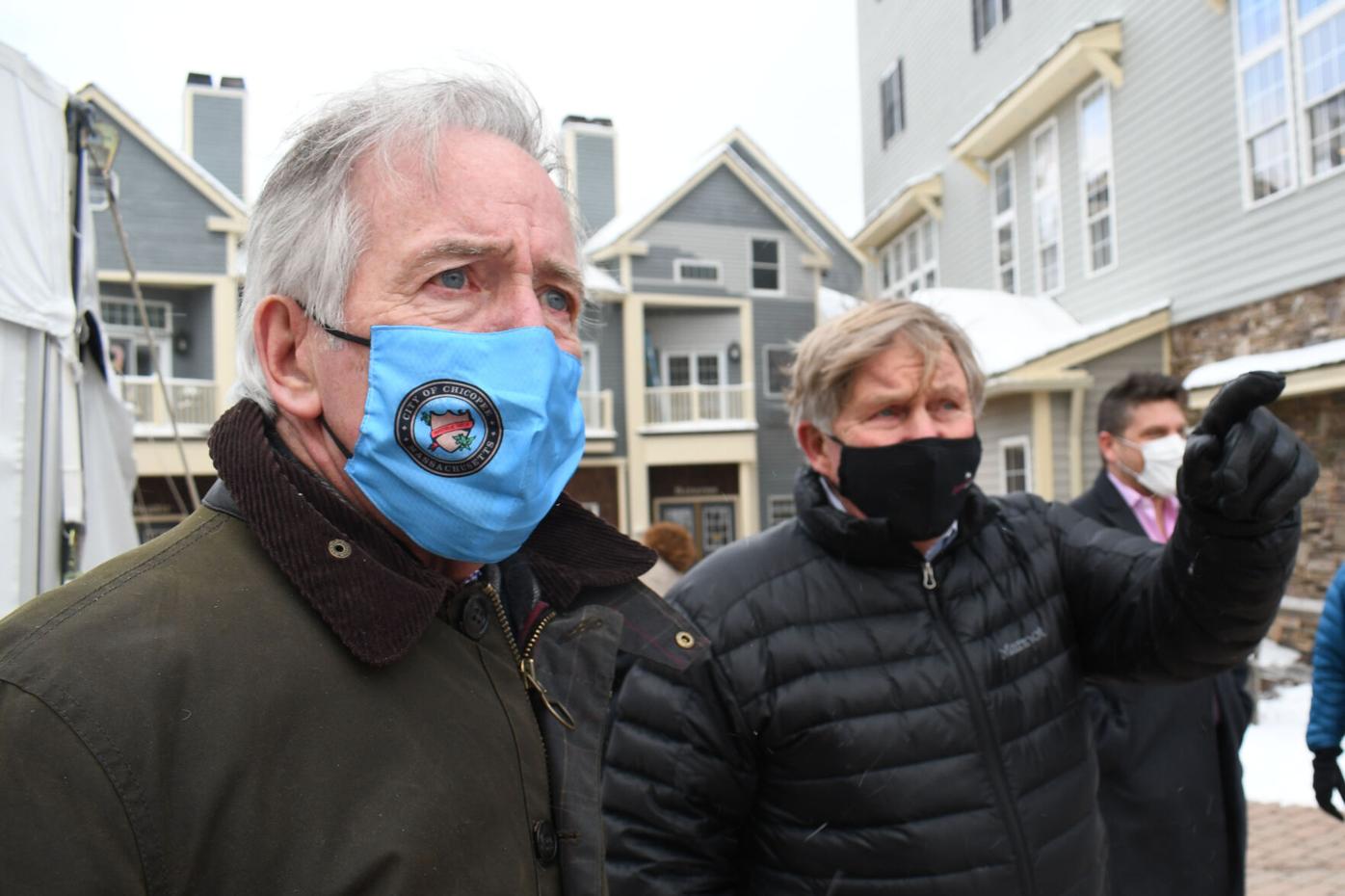 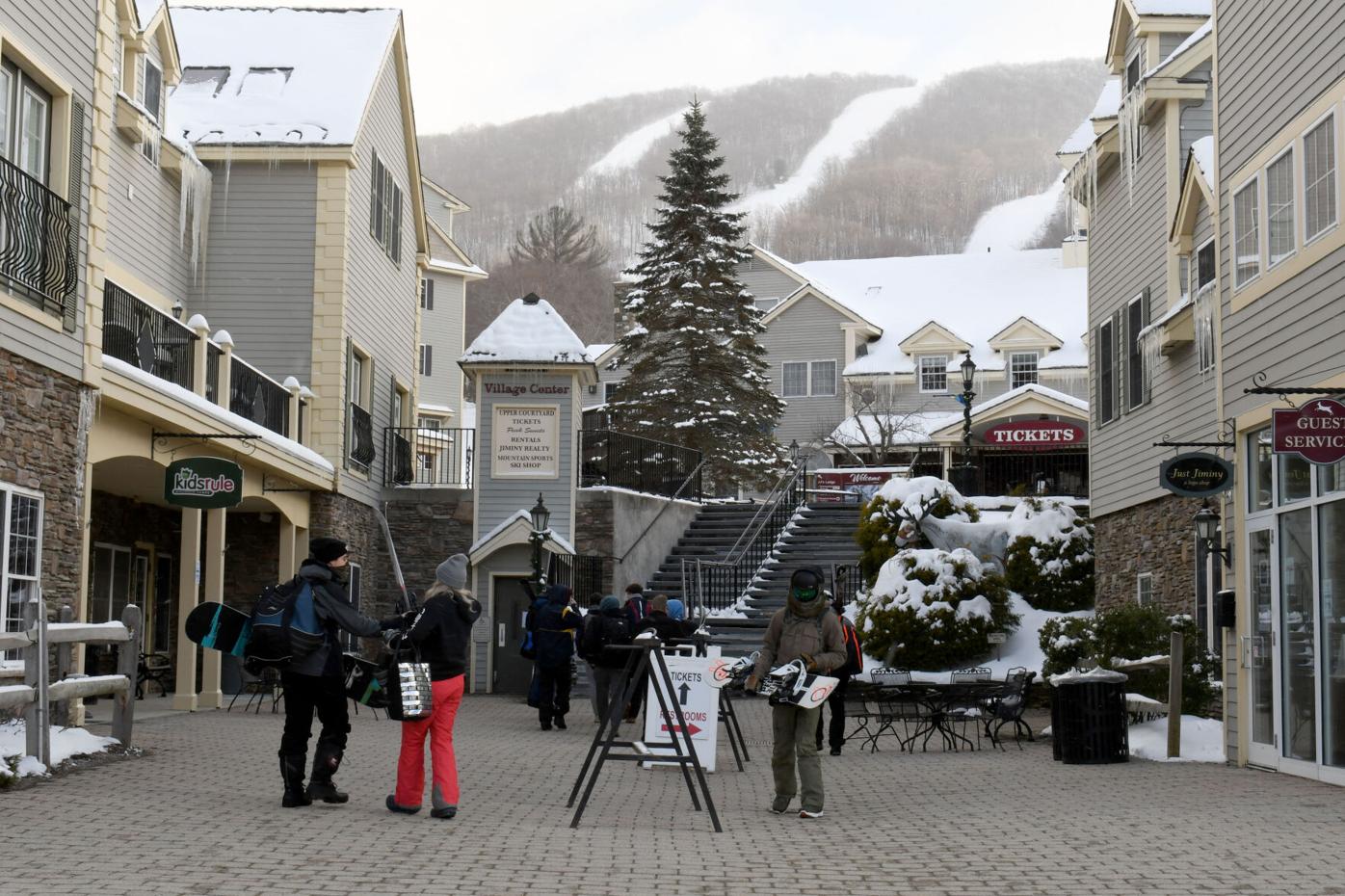 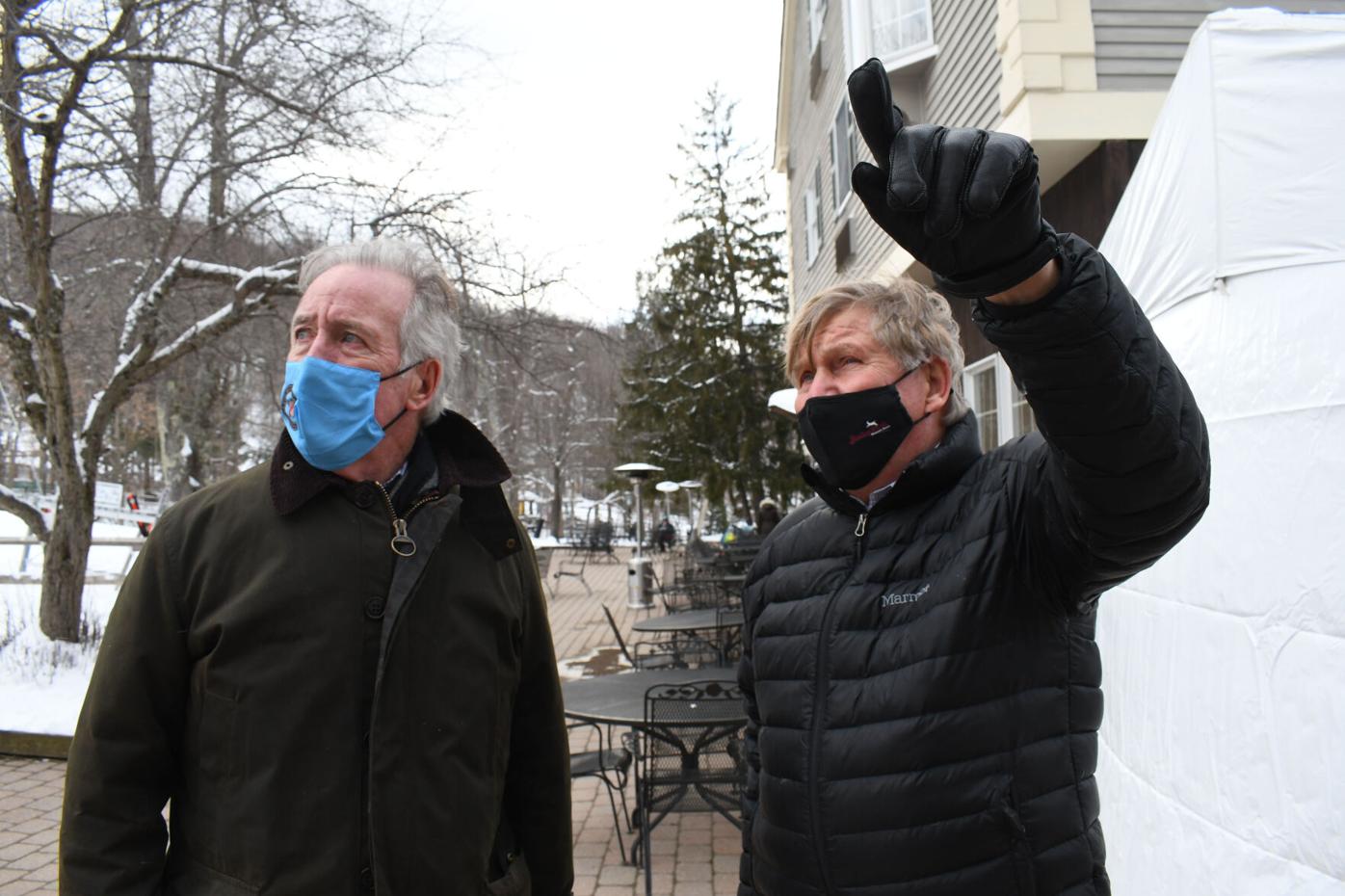 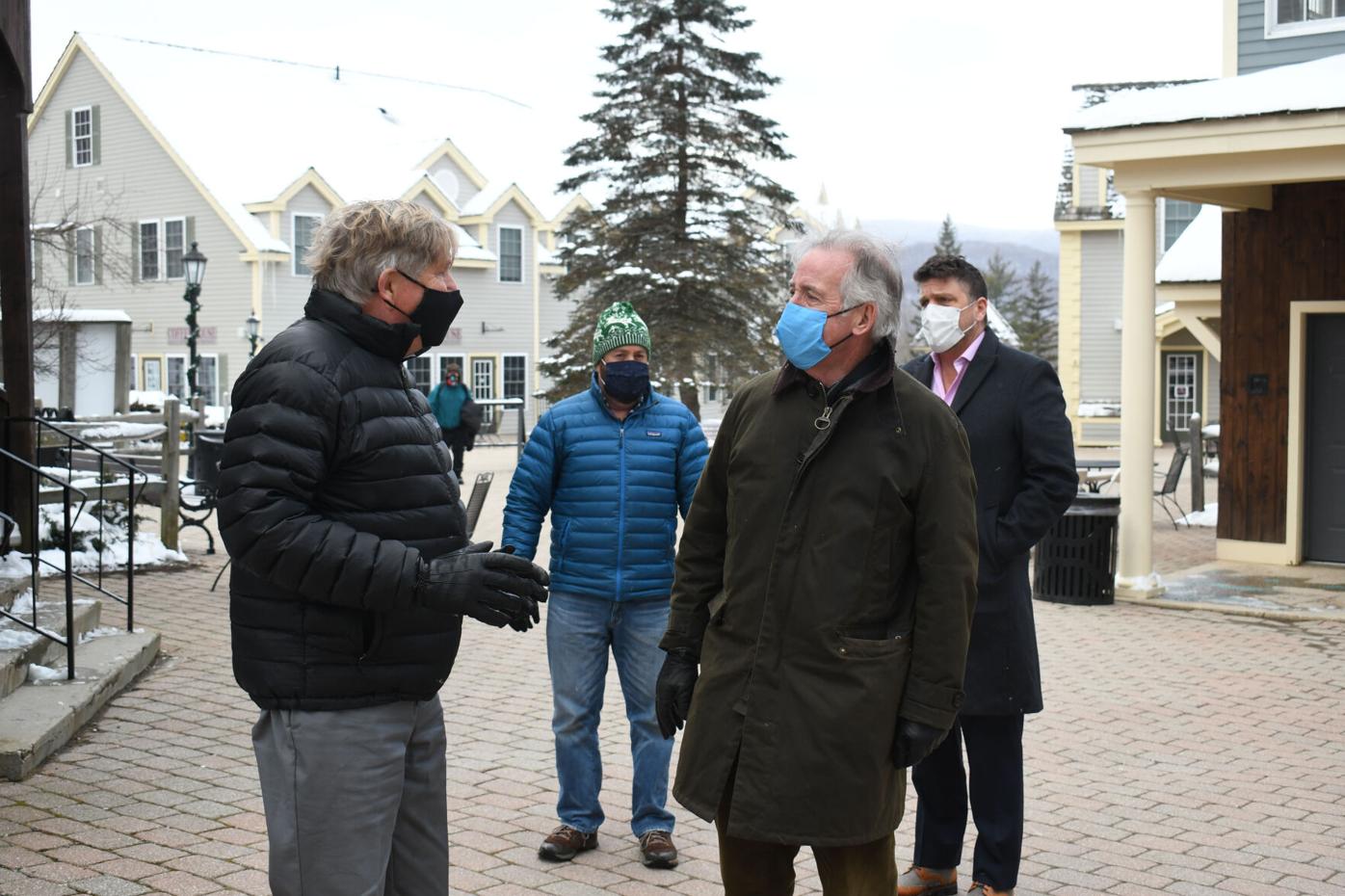 U.S. Rep. Richard Neal, center, said that Jiminy Peak is proof that 100-percent renewable energy is doable at large facilities — at least on days that are sunny or windy.

HANCOCK — If Jiminy Peak offers any indication, 100-percent renewable is doable — at least on days that are sunny or windy.

Jiminy’s almost decade-long renewable energy transition took plenty of effort and money, as well as help from state and federal tax credits for solar and wind energy, to get to this goal.

The Fairbank Group, which operates Jiminy and two other New England resorts, first built a $4 million, 1.5 megawatt wind turbine in 2007. In December 2016, after a 2.4 megawatt solar array came online, Jiminy declared victory in its quest to become 100-percent renewable.

U.S. Rep. Richard Neal, D-Springfield, who met Thursday with Fairbank and his father, Fairbank Group Chairman Brian Fairbank, on a visit to the Hancock resort, touts tax credits as the way to move the needle on renewable energy.

The challenge that remains, however, is what to do on days when clouds interfere with solar and a lack of wind dooms turbines. On those days, Jiminy turns to the grid to power its chair lifts, trail groomers and snowmaking equipment. The Fairbank Group explored battery storage options but found them too expensive to pursue.

“The reality is we still consume electricity,” Tyler Fairbank said. “Storage is kind of the solution, but it’s an expensive solution.”

While the wind turbine paid for itself through savings in around seven years, Fairbank said, it’s less clear if and when solar might pay for itself, although improvements in solar technology are driving down costs.

Neal, who received the second-most financial contributions from alternative energy lobbyists and the third-most from electric utilities of any House lawmaker last session, plays a key role in shaping almost all legislation as chairman of the Ways and Means Committee. Neal has said he supports the idea behind a Green New Deal package but is the sole member of Massachusetts’ congressional delegation who has not endorsed it.

Through the COVID-19 relief bill that became law in December, Congress expanded tax credits for wind and solar, as well as carbon capture and biomass.

Although some dispute recognition of biomass as carbon-neutral, Neal said he sees it as an issue for local governments to decide.

“I think that if there’s a thorough vetting process and local communities are receptive, it’s up to them,” Neal said. “I don’t think that’s necessarily a congressional issue.”

And while some climate advocates, including a Berkshire group that met with Neal’s office, have called for a carbon pricing system, Neal has said he believes tax credits offer “the most efficient opportunity” for climate action.

“What you could sell is very different,” Neal said. “I think that it’s clear that we’re not going to get there by hectoring each other. We have to get there by sensible strategy.”

“If people buy them, they’re going to need more storage capacity, and I think that the storage capacity is going to become more sophisticated,” Neal said. “You’re seeing now all kinds of investments that are being engineered.”

In Washington, Neal is working with President Joe Biden to ramp up vaccine manufacturing, he said, and the House plans to begin work on another COVID-19 relief package that it seeks to pass through budget reconciliation.

“Feb. 8, we’re going to mark up another round of COVID assistance,” Neal said, noting unemployment insurance is set to expire March 14. “We’re going to get an agreement, I suspect. I prefer that we do it not with just the Democratic Party, but I think we have to hold out that as a possibility.”