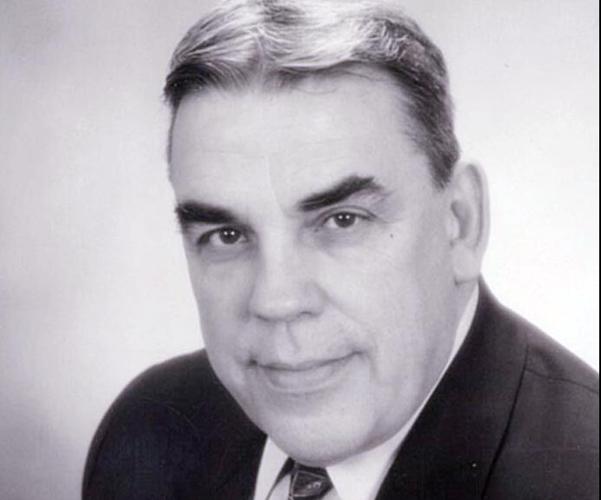 Paul Perachi is shown in 1982, the year he received his doctorate from Western New England College's School of Law. He would later become head judge of Berkshire County's first juvenile court. 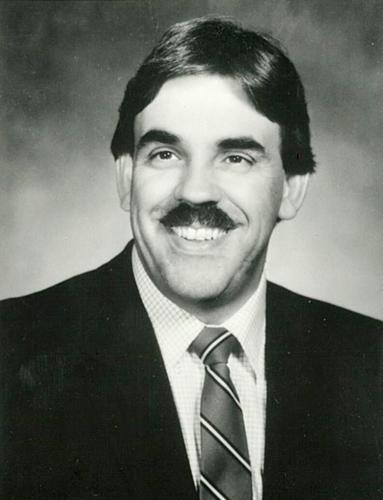 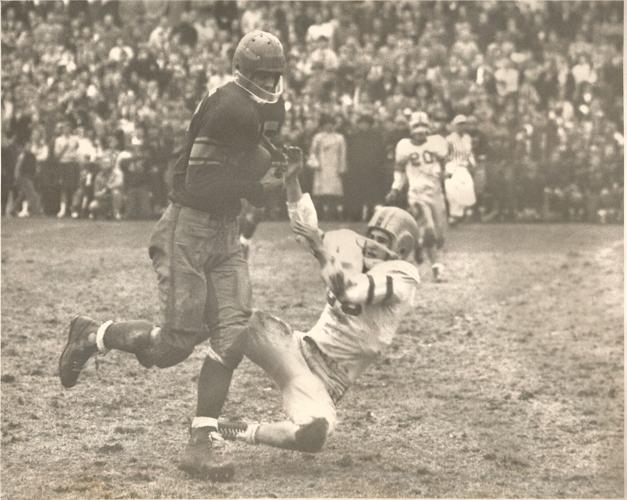 Paul Perachi plays football for St. Joseph's in a game agaist Pittsfield High School in 1956. He was named that year to the All-Western Massachusetts Class A football squad as a tackle.

Paul Perachi and his wife, Janet, enjoy a visit to Italy in an undated post-retirement photo. Perachi, a beloved judge, educator and coach in the Berkshires, died Sept. 9 at age 82.

PITTSFIELD — A standout athlete who became a coach, a teacher who turned into a principal, a lawyer who rose to be a judge.

Paul E. Perachi checked all of those boxes, touching and influencing many along the way, according to colleagues, friends and family members.

The Pittsfield native, who served as the first justice of Berkshire Juvenile Court from the court’s inception in 1997 to his retirement in 2009, died on Sept. 9 at the age of 82.

Perachi had been battling heart issues on and off for the past few years, said his daughter, Sandra Perachi-Taylor, of Pittsfield. He died 18 days after celebrating his 56th wedding anniversary.

“He was well accomplished in just about every area,” Perachi-Taylor said. “His goal was to serve others. He had a love for the community. ... There aren’t many people who have had as many careers as he did.”

“It’s so funny, because so many people now just know of him as a judge,” said his son, Matthew Perachi, who is the athletic director at Shepaug Valley High School in Washington, Conn. “He had so many different chapters in his life. Any one of those chapters for most people would be a great story on its own.”

Perachi’s greatest love, his daughter said, was working with young people, which he did in his roles in athletics, education and the law.

“I think he just felt comfortable there,” Perachi-Taylor said.

Leaving his mark in court

Perachi ends career behind the bench

One of Perachi’s more well-known accomplishments as a judge was taking a Shakespeare program for students that he helped develop while serving as principal at Lenox Memorial High School from 1970 to 1985 and converting it into “Shakespeare in the Courts” so that it could accommodate juvenile offenders.

“When he left the high school, he said to me, ‘you know we could do the same thing we did in school in the courts,’ “ said Kevin G. Coleman, director of education at Shakespeare & Company in Lenox, who helped found the theatre company and develop both initiatives with Perachi.

The Shakespeare student program at the high school that Coleman and Perachi helped develop, became the “Fall Festival of Shakespeare,” which is now in its 28th year and was recently honored at the Berkshire International Film Festival, Coleman said.

A year after the court program started, Stephen Colbert did a bit on it while playing a conservative commentator on “The Late Show” with comedian Jon Stewart. Colbert wore a Shakespearean collar when he appeared on the air.

“He thought it was the funniest thing,” Perachi-Taylor said, referring to her father’s reaction. “We played it [again] at his retirement party because he thought it was so funny.”

Born on July 6, 1939, the son of a state police corporal, Perachi was a standout athlete at the former St. Joseph’s Central High School in Pittsfield, being named to the All-Western Massachusetts Class A football squad as a tackle in 1956. He graduated from St. Joseph’s in 1957 with late former Pittsfield High School baseball coach George “Buddy” Pellerin, for whom the PHS baseball field at Clapp Park is named.

Perachi went on to play basketball at the former North Adams State College, before returning to his high school alma mater to serve as basketball coach in 1964. He also enlisted in the Coast Guard after graduating from college, and was a fourth grade teacher at Egremont Elementary School in Pittsfield before going back to St. Joe’s.

At the age of 31, Perachi left high school coaching behind to become the principal at Lenox Memorial High School. At the time of his appointment, The Eagle said Perachi, “could just be what the doctor ordered” for Lenox, because his predecessor had lasted less than a year in the job, and “spirit among the students is at a low level.” To stress the point, the article on Perachi’s appointment was headlined, “His initials spell PEP.”

“Perachi’s best double-edged credentials are leadership and enthusiasm,” the article said. “He is excited about going to Lenox, believing that the school, pulling together can whip its problems. ‘The way to kill spirit,’ he says, ‘is to show none yourself.’ “

It was in Lenox that Perachi developed an interest in the law, and in 1982 he received his doctorate from Western New England College’s School of Law.

“While he was working as a high school principal he came into contact with attorneys for children and parents and various committees,” Perachi’s daughter said. “He wanted to get a degree beyond his master’s and he decided to get it in law because he already had two degrees in education.”

Due to his day job, Perachi earned his law degree by attending classes at night.

“It was a long haul,” Perachi-Taylor said. “I remember him outside in the kitchen studying all night.”

Admitted to the state bar in 1983, Perachi began his legal career two years later working part-time for a Pittsfield law firm while still serving as a high school principal.

Perachi told The Eagle at the time that he would continue to hold both jobs simultaneously, “as long as I can continue without my practice cutting in” to his role as a principal.

The law eventually won out.

In 1997, Perachi was tapped by the state to become the head judge of Berkshire County’s first juvenile court, when legal services for juveniles were separated from the county’s district court system for the first time. Bill Gale served as the chief probation officer in Berkshire Juvenile Court during Perachi’s entire tenure.

“Judge Perachi was a very down-to-earth person,” said Gale, who is now retired. “You know that old saying, ‘It takes a village?’ Judge Perachi managed to put a village together when we started. He hired a fantastic group of people. Some of them are still there today. He was just a super guy, a great listener. The foundation for what Berkshire Juvenile Court is today is due to his perseverance. He made sure the right people were in place to make a difference.”

“We can put air quotes around the word ‘replace’ because nobody could quite replace him,” McMenemy said. “He is from that great generation of people who worked their entire adult lives really caring about the children and families of Berkshire County. He always wanted them to do well and succeed in life.”

Referring to the Shakespeare in the Courts program, and another initiative at Barrington Stage Company for juveniles that Perachi helped establish, McMenemy said, “he was from an older generation but he was definitely not afraid of innovation. We’re going to miss him.”

Retired Berkshire Probate Court Judge Edward J. LaPointe referred to Perachi as a both a good friend and a family man who was “kind, well loved and well liked.”

“When we were both judges we would walk together during the weekdays at six o’clock in the morning,” before heading to their respective courthouses, LaPointe said.

What did they talk about?

“We talked about everything,” he said.