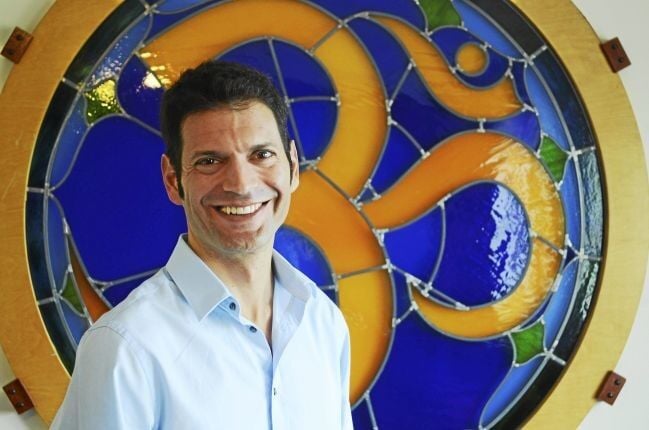 David Lipsius, chief executive officer of Kripalu, said the change reflects a desire to grow. "We're all about program innovation, finding new ways to deliver on our mission," he said. 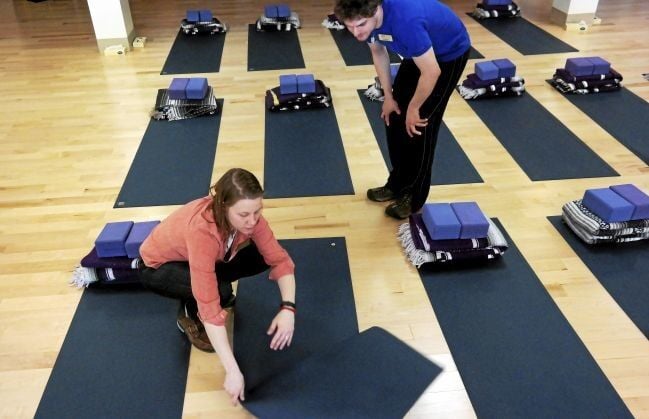 Kristen Tobias supervises volunteers as they set up a classroom Tuesday at the Kripalu Center for Yoga & Health. The nonprofit resort will discontinue the volunteer program in September.

David Lipsius, chief executive officer of Kripalu, said the change reflects a desire to grow. "We're all about program innovation, finding new ways to deliver on our mission," he said.

Kristen Tobias supervises volunteers as they set up a classroom Tuesday at the Kripalu Center for Yoga & Health. The nonprofit resort will discontinue the volunteer program in September.

STOCKBRIDGE — As its mission as a health-based resort focused on the spiritual, physical and mental discipline of yoga evolves, the Kripalu Center for Yoga & Health has terminated its residential volunteer program after 30 years.

Rooted in the center's original orientation as an ashram-based retreat, the program was discontinued because of a realignment "of all our resources on a mission to empower people through the practice of yoga," said David Lipsius, chief executive officer of the nonprofit resort, which attracts an average of 36,000 visitors each year.

Some former volunteers and staffers have voiced deep dismay about the changes, contending that the facility has become much less accessible to area residents who can't afford the higher price of admission.

During its six-month term that concludes this Sunday, the residential program had 50 volunteers on the campus, high on a hill overlooking Stockbridge Bowl. In September, after the final term ends with six residents taking part, the program will be history.

The BKC, a volunteer-operated, separate nonprofit organization formed in 1992 to keep area residents connected to the campus, has annual membership dues of $75 for an individual and $105 for a family. Low-income individuals pay $70, families $80. About 50 participants volunteer at Kripalu per year, working two hours a week on Fridays and Sundays to register and check out guests in exchange for access.

"Kripalu does wonderful outreach," said Amy Huebner of Pittsfield, who first worked there in 1996 and is a BKC member. "But what's bothering me is that the campus used to be accessible to everyone based on wanting to be there, to make a commitment and live that kind of lifestyle."

"It's very upsetting to many people who have had life-transforming experiences there," she said in a phone interview. "It's like Canyon Ranch, if you have money, you can go, if not, you can't. It's really not affordable to many people in the Berkshires."

But, as Lipsius put it, "We're all about program innovation, finding new ways to deliver on our mission, seeking the best opportunities for people visiting Kripalu." After a 15-year management career at NBC in New York, he joined Kripalu in January 2012 and was appointed CEO in September 2013, becoming the resort's third top executive in as many years.

Lipsius, a yoga teacher, therapist and attorney, asserted that the "winding down" of the live-in volunteer program was not the result of workers compensation claims. "We have a robust safety program, we report anything that needs to be reported."

He acknowledged that while some injury claims were filed by residential volunteers and were taken seriously, "those were not a major factor in terminating the program."

According to Erin Peck, Kripalu's senior vice president of people, culture and programs, the residential volunteer offering has been under especially close scrutiny by management throughout 2014. The decision to end it was relayed to all staff and volunteers in January, and on Feb. 5, it was posted on the Kripalu website.

"It was not an easy decision because of the heartfelt attachment people have to the program," she told The Eagle. "But it was necessary for the growth and sustainability of the organization."

"I used to frequent Kripalu often back in the day, but can no longer afford most of its offerings," said Kim Ostellino, of Stockbridge, a yoga adherent. "Instead of marketing themselves as a 'yoga center,' they should just refer to themselves as a wellness resort."

"I think this is truly a shame for people who would benefit from taking part in the program," Ostellino added, "and will only serve to cause a bigger rift between the community and Kripalu."

"All of the resort's programs have been under the microscope to ensure that they remain aligned with Kripalu's mission and strategy," said Peck, a South Egremont native who has worked on the campus since 2009.

"We're balancing our mission and our margin so we can stay open to make a positive impact and transformation on the world," Peck said. "Whatever has more impact is what we're focusing on."

Kripalu is expanding its Program Assistant volunteer offering. At least 1,000 take part each year, Peck stated, with 25 to 50 at any one time assisting with weekend, five-day or month-long programs. Many of the participants are ex-staffers, former volunteers and community members.

"The Berkshires are incredibly valuable to me," she said. "I wouldn't support anything that shuts out the local community. We're always looking for ways to make it affordable for anyone to improve their lives through yoga."

"I completely understand the people who've been here, have had a positive transformation in their lives, and have a heartfelt attachment to Kripalu," Peck said. "It's very natural and human to not want that thing to change. I think it's a very natural response and I honor it."

But, she continued, "we're also responsible for seeking innovation and staying relevant in whatever modern day version of that we come to."

"I love Kripalu," Huebner said. "My experiences were amazing and transforming, especially for a teenager. The direction they're going in is just really sad for me."