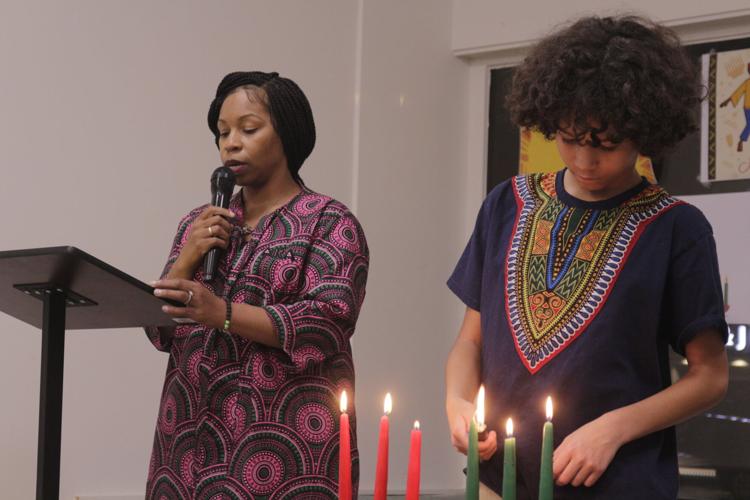 Leah Reed explains the meaning of each candle while her son, Spencer-Mathias Reed, lit up the seven Kwanzaa candles. 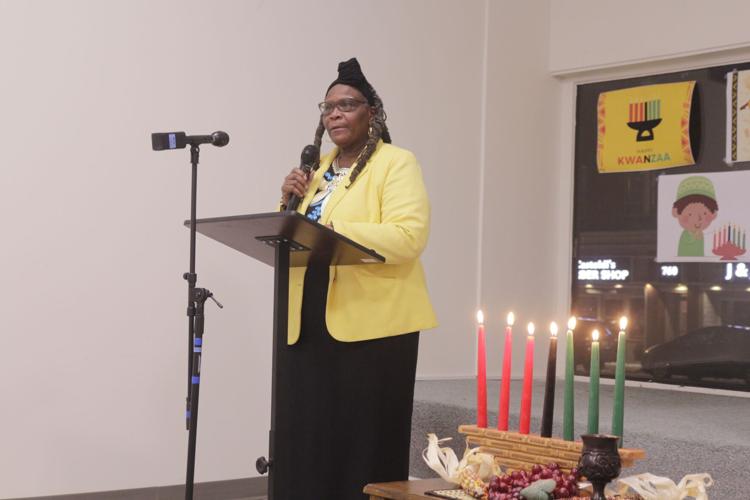 Pastor Akilah Edgerton at the end of the Kwanzaa ceremony in Pittsfield, thanking attendees for their participation. 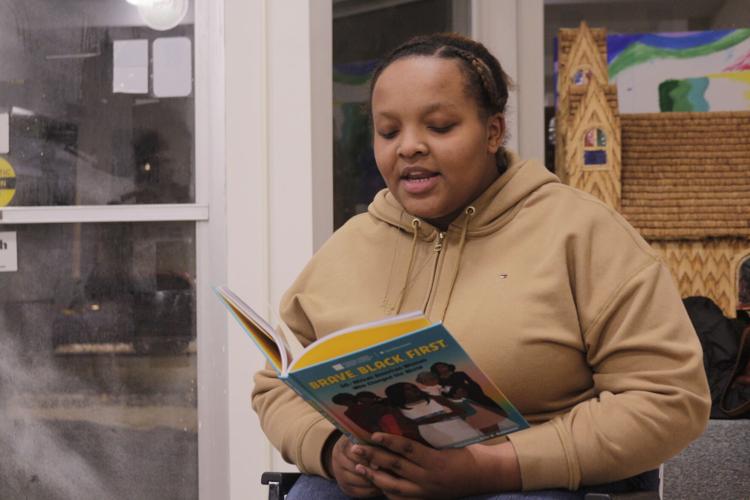 Cashey Young, 16, reads a poem by Sandra West on unity among Black teens. 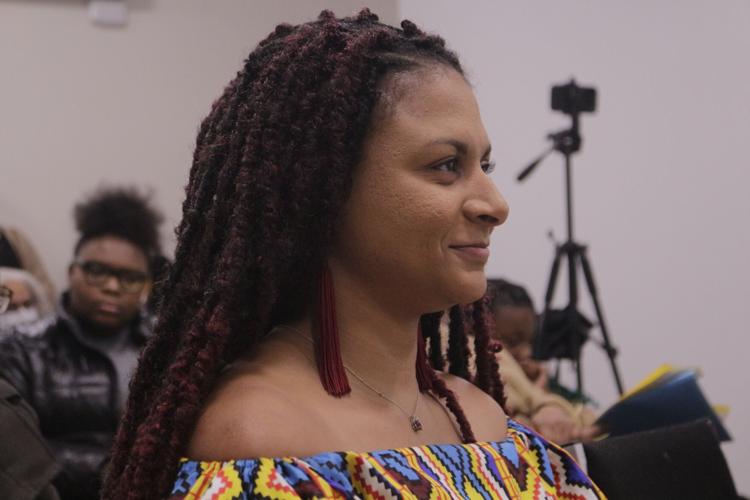 Keiana West smiles as she listens to a speaker at the Kwanzaa ceremony. 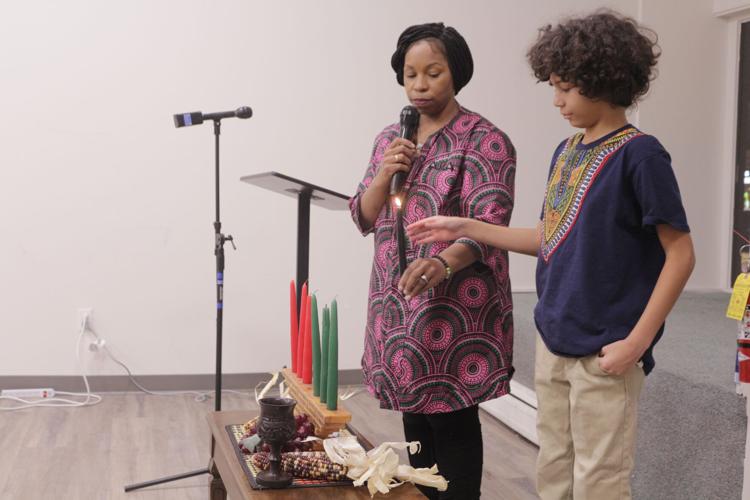 Leah Reed explains the meaning of each candle while her son, Spencer-Mathias Reed, lit the seven Kwanzaa candles.

Leah Reed explains the meaning of each candle while her son, Spencer-Mathias Reed, lit up the seven Kwanzaa candles.

Leah Reed explains the meaning of each candle while her son, Spencer-Mathias Reed, lit the seven Kwanzaa candles.

PITTSFIELD — On Thursday night, Cashey Young, 16, could hardly contain her nerves leading up to her first Kwanzaa performance.

Young had spent the week reflecting on the African-American holiday in preparation. “It’s great that there’s a holiday that celebrates everybody who’s Black. Uniting with Black people is really important for me, because alone we can’t accomplish what we can do together,” she said.

Kwanzaa is an African-American cultural holiday that was first celebrated in 1966. In Pittsfield, the Women of Color Giving Circle has been holding a yearly Kwanzaa celebration since 1998. The celebration is based on seven enduring communal ideals, each corresponding to one day between Dec. 26 and Jan. 1. Over 40 community members gathered at 6 p.m. Thursday at the Tyler Street Lab to celebrate the third day of Kwanzaa. This year, organizers focused on the Kwanzaa principle of Umoja (unity).

During the event, Keiana West, a Pittsfield native, talked about what she has learned about unity through her work and advocacy. “To practice unity, I believe it’s essential to recognize and uplift all folks who are contributing in some ways to racial justice movements and other movements for change, especially those who are doing behind the scenes and less glorified work,” she said.

West stressed that unity meant the community must understand the effects of systemic discrimination.

“Thinking in terms of individuals makes it easier for us to blame individuals for things like poverty, drug addiction and contact with the criminal legal system,” said West. “I believe it’s imperative that we encourage ‘systems thinking’ so we’re able to identify the root causes of the challenges that Black communities are facing — and come together to influence policy.”

The event included a musical performance by Christine Bile and a keynote speech by Aimee D. Griffin, an attorney who focuses on helping Black families build generational wealth.

The candles shed light on these values, but the ultimate purpose of the holiday is to instill these values in the community not only during Kwanzaa, but for the whole year.