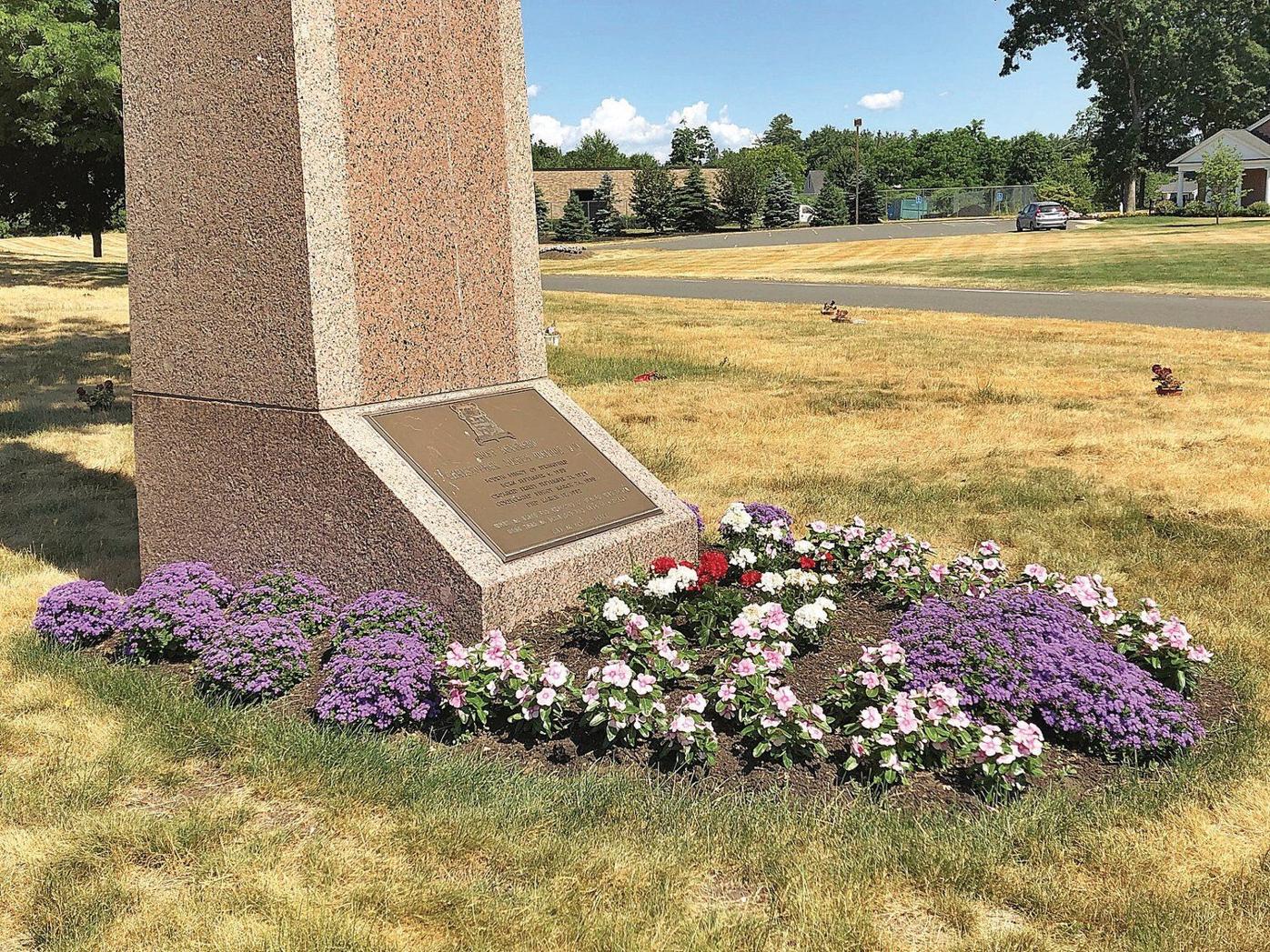 This former monument to the late Christopher J. Weldon was removed last year, after an independent inquiry found cause to believe that Weldon, who oversaw the Springfield Diocese from 1950 to 1977 and died in 1982, sexually abused an altar boy in Chicopee. That survivor now is suing nine people associated with the diocese, claiming that they worked in various ways to cover up his assertions of clergy abuse. 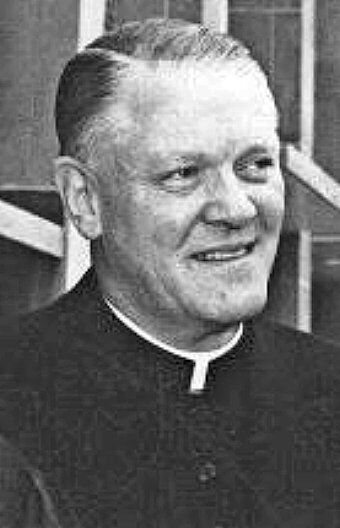 The late Bishop Christopher J. Weldon of the Springfield Diocese was found last year, after a retired judge’s nearly yearlong probe, to have sexual abused a former Chicopee altar boy.

Flagging “novel questions of law” that will require at least a monthlong trial, lawyers for a Chicopee man abused by a former Catholic bishop want the state’s chief justice to assign the case to a single judge, one from outside Western Massachusetts to avoid undue influence.

In a recent filing in Hampden Superior Court, the lawyers say the man, identified in court documents as John Doe, faces the risk of being further traumatized by the legal process as he seeks to prove not only his sexual abuse by the late Christopher J. Weldon in the early 1960s, but that employees of the Springfield Diocese, including former Bishop Mitchell T. Rozanski, blocked his attempts to bring the molestation to light.

Further, the plaintiff’s legal team says that because of the complex story it seeks to present, a judge specially chosen to preside will be able to master its details, over the course of a trial that is expected to hear from 20 to 30 witnesses for the plaintiff.

“Plaintiff has been traumatized and re-traumatized by having to relive his allegations of abuse from 2013 to the present,” the filing says.

The nine defendants in the civil lawsuit oppose the request for a special judge, according to a court filing.

The Chicopee man brought the lawsuit seven months after Peter A. Velis, a retired judge hired by the diocese in 2019 to review the abuse claims, found them to be “unequivocally credible.”

The 373-page report issued by Velis determined that the diocese repeatedly had failed the former altar boy as he sought, in his 60s, to expose the abuse. Those findings found their way into the lawsuit filed Jan. 28, which names a variety of diocesan employees, as well as the church’s longtime lawyer, John J. Egan, as defendants.

In their request for the appointment of a specially assigned judge, the plaintiff’s attorneys point to conduct ferreted out by Velis. Even after an internal diocesan review upheld the survivor’s claims, employees of the church worked to block that information, in part through misstatements to The Eagle.

“According to the Complaint, when the [Roman Catholic Bishop of Springfield’s] review board ultimately found plaintiff’s complaint to be credible, the RCBS and the individual defendants undertook a concerted effort to knowingly create a false narrative and publicly branded the victim as a liar, further revictimizing him,” the filing states.

Along with Rozanski and Egan, defendants include Patricia McManamy, Monsignor Christopher Connelly, Jeffrey Trant, John Hale, Kevin Murphy and Mark Dupont. The action also names as a defendant the legal entity known as the Roman Catholic Bishop of Springfield, a Corporation Sole.

The plaintiff is represented by Nancy Frankel Pelletier and David S. Lawless of Robinson Donovan P.C. in Springfield. 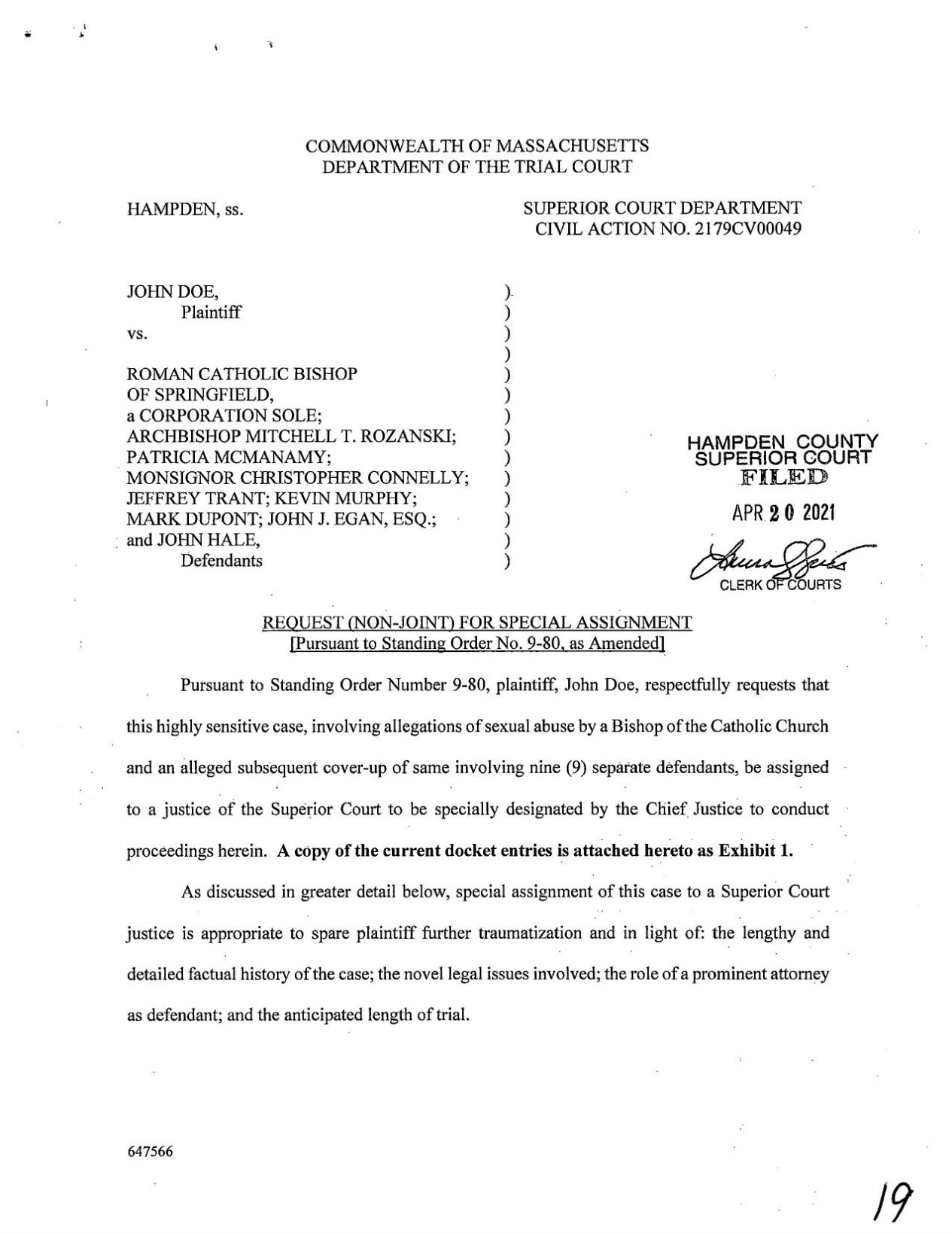 The complaint lists 14 counts against the defendants. Pelletier and Lawless predict a long period of discovery ahead of a trial with “extensive documentary evidence … and expert witnesses” that could take four to six weeks.

Already in the case, the defendants have moved to have the complaint dismissed, arguing, according to the plaintiff’s filing, that at the time Weldon was bishop and the abuse occurred, the diocese would have been covered by “common law charitable immunity.”

“Defendants have asserted common law charitable immunity from all claims arising from the alleged sexual abuse of plaintiff by Weldon and others in the 1960’s,” the filing states.

That immunity was done away with through passage of a law in 1971. Pelletier and Lawless argue in their filing that the state Supreme Judicial Court never has considered whether that concept of charitable immunity can be applied to the kind of case outlined in their complaint.

“In short, this action involves novel issues of law arising from an antiquated common law defense,” the attorneys write.

One such issue stems from the fact that the complaint names the Roman Catholic Bishop of Springfield, a Corporation Sole as a defendant. That organization consists of one person at a time — the sitting bishop. Before he departed last year to become the archbishop of St. Louis, Rozanski held that position.

Having one judge from outside the area, the plaintiff’s lawyers say, also will help ensure that any legal influence stemming from the church’s association with Egan, its attorney, does not affect the proceedings. A former law partner of Egan, Edward McDonough, sits on the Hampden Superior Court, according to the filing.

The attorneys note that Velis, who worked with the diocese while it was represented by Egan, could be a witness. And they point out that another retired judge, Daniel A. Ford, of Pittsfield, serves as chair of the Bishop’s Independent Task Force on the Response to Sexual Abuse with the Diocese of Springfield.

The plaintiff’s attorneys propose that Judge Janet Kenton-Walker be named to oversee the case.