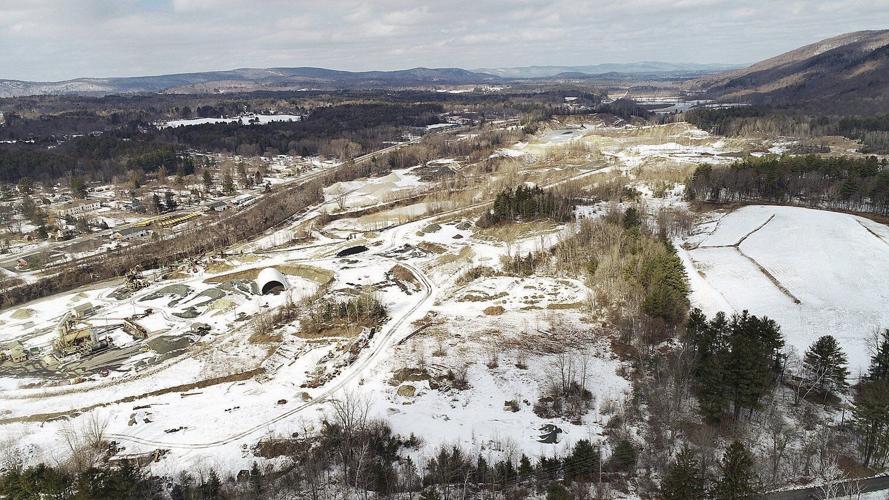 The 20-acre proposed landfill site for PCBs, center foreground, is on 75 acres off Woodland and Willow Hill roads in northwest Lee, at a quarry formerly owned by Lane Construction Co. 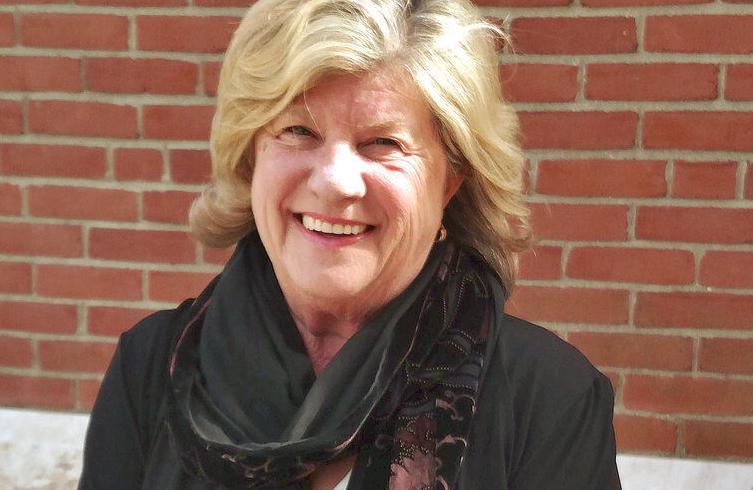 Lee Select Board member Patricia Carlino rebuffed a call for officials to reverse their decision early last year to support an agreement that allows the Rest of River cleanup to go forward with a disposal site in Lee for low-level PCB sediments.

The 20-acre proposed landfill site for PCBs, center foreground, is on 75 acres off Woodland and Willow Hill roads in northwest Lee, at a quarry formerly owned by Lane Construction Co.

Lee Select Board member Patricia Carlino rebuffed a call for officials to reverse their decision early last year to support an agreement that allows the Rest of River cleanup to go forward with a disposal site in Lee for low-level PCB sediments.

LEE — The Lee Select Board is standing its ground and will not join a citizens group’s fight against a federally mandated local PCB dump that’s a key element of a newly permitted cleanup of the Housatonic River.

The board Tuesday night, in its first virtual-only meeting since the coronavirus pandemic began, said it had the authority to sign off on the deal last February without seeking town meeting approval. Opponents of the PCB disposal site had asked the board to reverse its approval.

The board promised an answer last week, but it came Tuesday: No.

The deal includes Lee receiving $25 million in compensation from the General Electric Co., which polluted the river, for allowing the dump in town, money one resident called a bribe.

“I think this is a bribe from GE for a mistake they made. You took a bribe on behalf of the town,” said resident Stone Murphy, referring to GE dumping of polychlorinated biphenyls, a probable carcinogen, into the Housatonic for decades until the early 1970s.

The citizens group is prepared to sue the board over its failure to rescind the settlement, according to the group’s attorney, Judith Knight, of Great Barrington. The group is setting up a defense fund at Lee Bank to fight the dump on all fronts, according to member Anne Langlais.

Opponents of what is known as the Upland Disposal Facility believe that the agreement was reached early this year, after secret mediation, without public input. The board claims that it followed state law and had the right to sign the deal without a town meeting or referendum vote.

Knight accused the board of “gross negligence” and “acts of bad faith” by backing a deal without public input or voter approval.

“I was hoping you would join us. It’s a battle we are willing to take on,” she told the board.

Knight said that dredging the river will “stir things up” and make the river’s situation worse.

Residents fighting the dump, many of whom live within a mile of the proposed disposal area in a quarry in the north end of town, had been impatient at a previous meeting this month that the board had not replied to their request from two months ago, when they urged the Select Board to back out of the deal announced in February with GE, the federal Environmental Protection Agency, Lenox, Stockbridge, Great Barrington, Sheffield and Pittsfield.

The group also wants the board to use $50,000 that the annual town meeting in 2020 redirected from Lee’s portion of Rest of the River legal fund to fight the EPA’s plan to allow PCBs to be buried in an engineered landfill.

Selectwoman Patricia Carlino said she has no intention of releasing the money needed for Lee’s share of legal costs. The board, as a whole, has not acted on the request.

In February, Lee, Lenox, Stockbridge, Great Barrington, Sheffield and Pittsfield accepted a plan to remove PCBs from sections of the river. The toxins were released in the river for decades by GE when the substance, now banned, was used to manufacture transformers.

Until joining in the settlement, the EPA had been against burying PCBs in Berkshire County as part of the long-planned Rest of River cleanup.

Under the agreement unveiled in February, the agency would order a cleanup that allows GE to bury about 1 million cubic yards of sediment containing lower levels of PCBs in the newly created Lee landfill. The deal reached calls for the highest concentrations of PCBs to be sent to an official disposal site outside Massachusetts.

The board has maintained that the deal is the best option for the town, saying GE likely would win any court case the town brings against the agreement.

Opponents say they believe that burying PCBs in the former quarry site in Lee, as planned, will harm the town and environment.