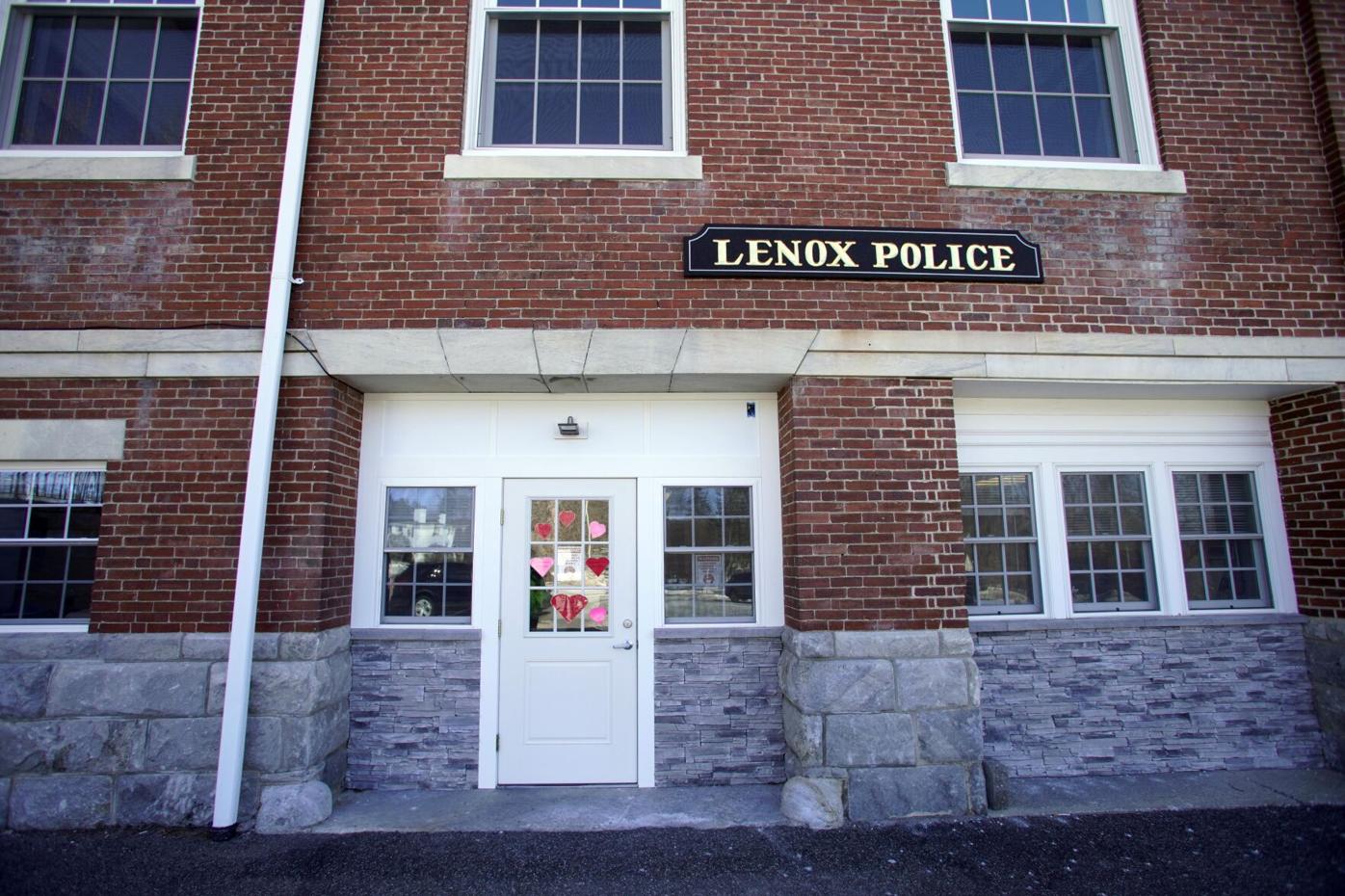 The Lenox Police Department, tucked into the basement of Town Hall, could add a 10th full-time officer in the coming year — the first expansion in more than 25 years. 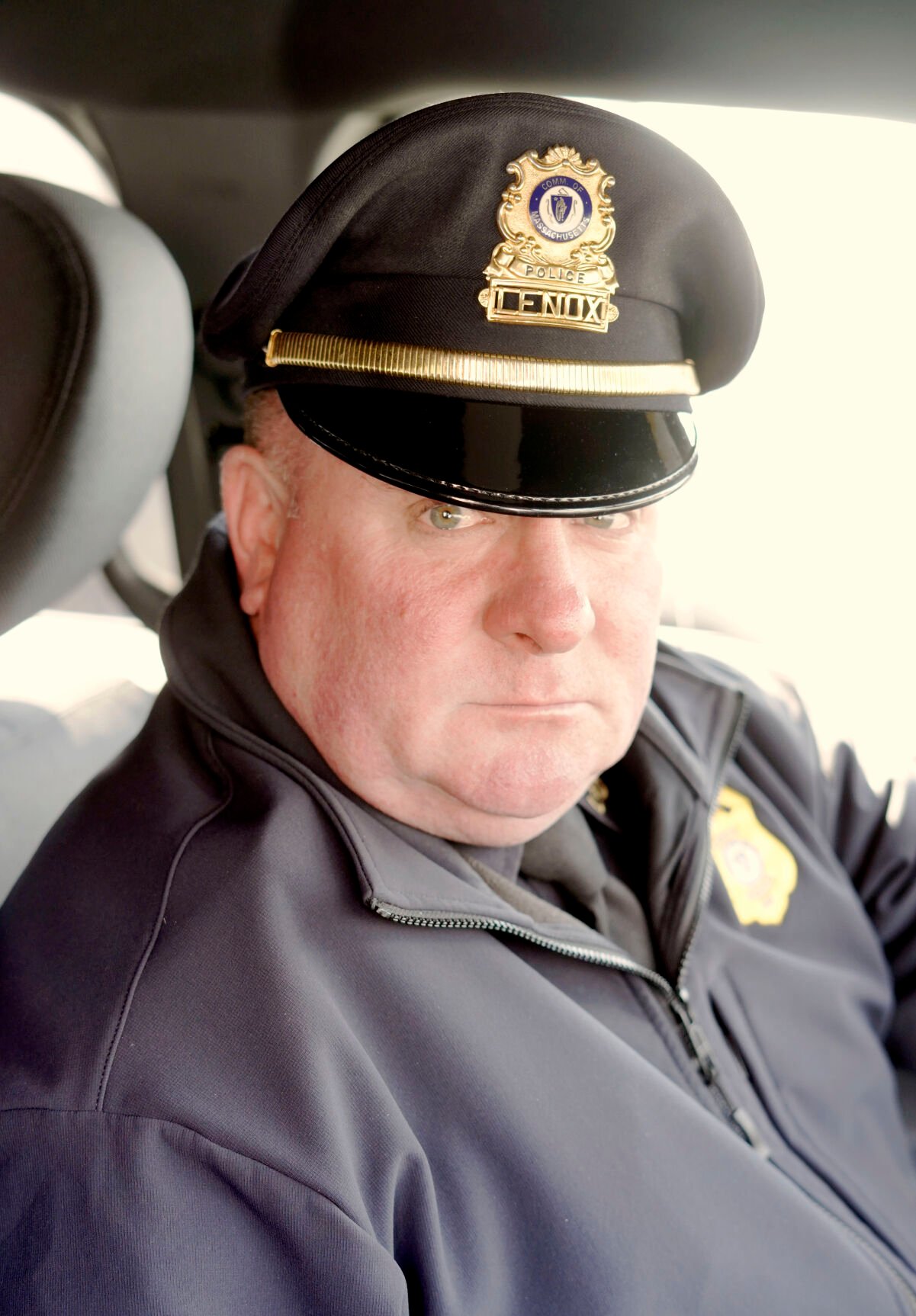 Lenox Police Chief Stephen O’Brien is seeking more money for his department in the coming year.

LENOX — The town’s Police Department could be in a position to add a 10th full-time officer in the coming year — the first expansion in over 25 years.

The Finance Committee voiced support recently for a proposed 10 percent increase in the department’s budget for fiscal 2022. The additional $122,000 would help pay for another officer, in part to help handle an upsurge in criminal activity within the north end commercial district, where a few low-cost motels are located on the east side of Pittsfield Road (Route 7/20).

The rest of the police budget request is for “level service,” Chief Administrative Officer Christopher Ketchen told the committee during a remote Zoom meeting Thursday.

Full staffing for the department has been nine patrol officers, in addition to the chief, since 1994, O’Brien said. The total proposed Police Department budget is $1.28 million.

“The way things are right now, we are jumping into many more investigations that demand many more hours, and a regular patrolman has to deal with everything else going on during his shift,” O’Brien said.

Asked by Finance Committee member Michael Feder whether the department is responding to an increase in crime, the chief replied that “we’re responding to things that require more investigative time.”

O’Brien pointed to an upsurge in crime in the northern end of town, and other time-consuming investigations elsewhere in Lenox. He suggested that more time should be spent in the north end, since there is an increase in “person-on-person crime, more than we’ve ever experienced.”

O’Brien drew a distinction between upscale hotels along the same commercial strip, which primarily draw tourists, and older, small motels on the east side of the highway that accept cash payments and typically cater to local residents.

“Right now, we’re in a space that people are just showing up and they’re renting them rooms,” O’Brien said, adding that he had approached the owners of those hotels about the problem and also consulted the attorney for the Massachusetts Chiefs of Police Association.

He also acknowledged that he has asked state police to step up patrols in the area, where Lenox police officers also patrol every shift.

Member David Neubert told the chief that the committee would support additional resources for the department, if needed.

“What’s needed is time and bodies,” O’Brien said. “Unfortunately, this profession hasn’t received the greatest ink in the last couple of years.”

He reported that it also is increasingly difficult to find applicants to fill police department openings everywhere.

“The problem is nationwide; people are not lining up to get on this job,” O’Brien said. “Everybody is strapped; we’re having a hard time filling our regular road details. Resources are thin right now.”

“It’s not a matter of unfunded positions,” he pointed out.

Asked by Finance Committee Chairman Elliott Morss about the impact of heavy summertime crowds at Tanglewood on the department, O’Brien noted that the Boston Symphony Orchestra pays for additional police details to direct traffic in the center of town, while the Berkshire County Sheriff’s Office and state police handle the grounds during performances.

The Select Board will review the appointment of Colin Benner, a Pittsfield Police patrol officer since last July, at its meeting Wednesday.

Benner, a graduate of the Western Massachusetts Police Academy, Berkshire Community College, and Lenox Memorial Middle and High School, has worked as a County Ambulance EMT, and as a Richmond EMT and firefighter.

The Lenox Fire Department, headed by Chief Christopher O’Brien, who also is the town’s emergency director, is requesting a 3 percent increase to cover contractual raises, bringing the total proposed budget to $634,000. The department has five professional positions, including the chief, and also is served by a team of 38 volunteers.

He said current staffing is at a comfortable level since the overall volume of calls is holding steady, despite an increase in year-round residents as more people can work from home during the coronavirus pandemic.

“With the equipment we have, we have the personnel to utilize it,” Christopher O’Brien said.

The budget request for the four-member Lenox Ambulance Squad is $490,000, a 12 percent increase. The squad, supported by fees and an assessment to Stockbridge for service to the northern part of that town, works with the Fire Department.

Subject to recommended approval by the Finance Committee and the Select Board, annual town meeting voters have the final say on the overall municipal budget. That meeting is scheduled for May 6.

Full staffing for the department has been nine patrol officers, in addition to the chief, since 1994, Stephen O’Brien said.