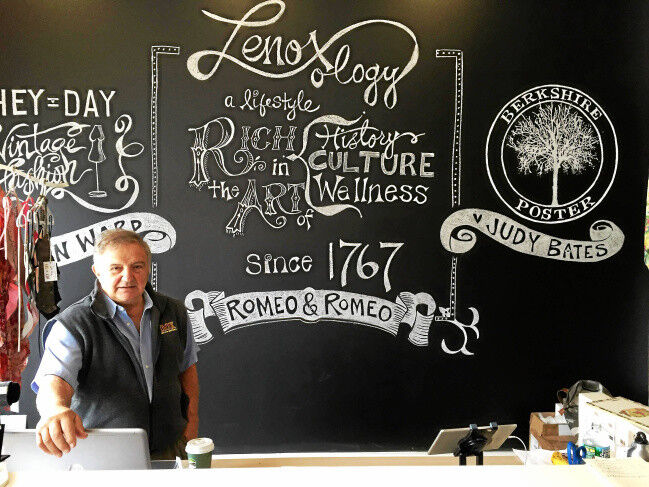 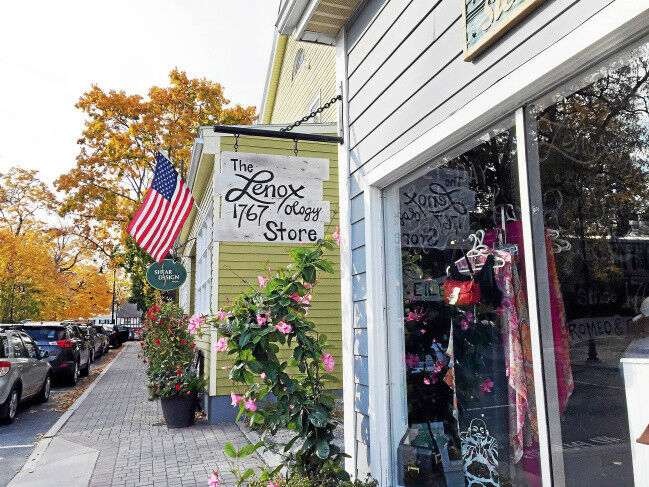 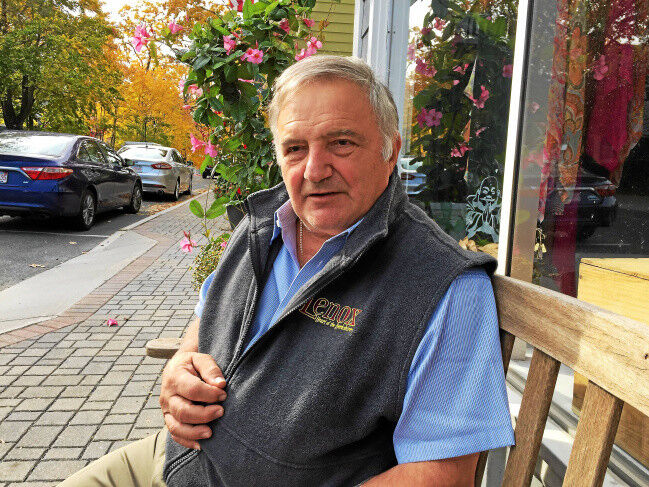 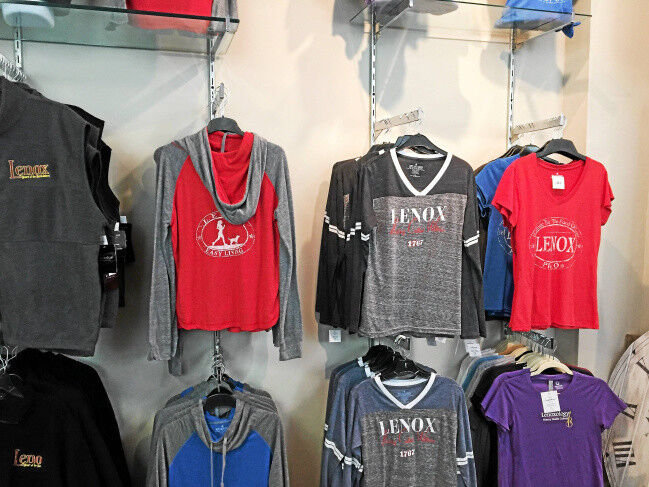 Some of the apparel at Bob Romeo's 1767 Lenoxology Store.

Some of the apparel at Bob Romeo's 1767 Lenoxology Store.

The marketing slogan, briefly adopted by the town before it was abandoned in mid-2012 following a chilly reception from many locals, is reincarnated in at a Berkshire-centric apparel and gift shop, The 1767 Lenoxology Store, on Church Street in the heart of the historic business district.

The store, carrying merchandise embossed with a variety of Lenox and Berkshire slogans, was opened recently by the dean of downtown, Bob Romeo, to coincide with the community's upcoming 250th anniversary celebrations.

Romeo, a commercial property owner and longtime Realtor who operates the local Century 21 franchise, is also a local history buff and an unabashed booster since he moved to town in 1965 and became a business district landlord in 1974.

He is also a die-hard supporter of the Lenoxology slogan.

"I think it was a good idea, a good vision, so when I created this particular store, I still wanted to focus on Lenox," Romeo said during a walking tour of his new venture at 27 Church St.

"It's been a great community to work in and raise a family," he pointed out, noting that he has served a police officer and on nearly every town board and committee. "I have a great love for the town."

Romeo lives in a 1771 Lenox Dale house built by early settler William Walker. Though he's a West Stockbridge native, members of the Romeo clan arrived in Lenox 111 years ago.

Despite his passion for old properties and the storied Gilded Age history of the town, he described the first 120 years after the community was founded as "the core of Lenox."

"The 'ology' of Lenox really began in the 1760s, the culture, history and wellness of the town," Romeo said, citing an industrial heritage and participation by some of the earliest settlers in the American Revolution. "Even before Canyon Ranch and Kripalu, it was good-health living here in Lenox, in many different ways."

With his flair for storytelling, Romeo regales customers with tales of the early days.

"Most of them are in awe," he said, especially when he tells them that the 1893 Anson Phelps Stokes estate (later Shadowbrook until it burned down in 1956, now Kripalu) was the largest house in the United States until the World War I era. He also cites the 400-room Aspinwall Hotel, built in 1902 and destroyed by fire in 1931.

"Once you get into the history, it sucks you in like quicksand, I can't get out of it," Romeo said.

His store, in one of the five downtown mixed-use buildings he owns, is a repository for all things Lenox and Berkshires.

"We don't have to 'sell' Lenox; it's already sold," he said. "We just have to harvest the resources that are out there for us to make it better, more fun and interesting."

Although Lenoxology was hatched by the Bodden Hamilton marketing firm in New York City and adopted by the town's Marketing Committee and the Select Board, a backlash developed and the slogan became the object of derision. Unfazed, Romeo sought to purchase the marketing copyright from the town for the $4,000 it had paid, but was turned down.

More recently, patent attorney Malcolm J. Chisholm of Lee informed him that the town had abandoned the rights, so Lenoxology was up for grabs at no cost beyond a legal fee.

Romeo has trademarked the term for embossing on some of his merchandise, along with a variety of other Lenox and Berkshire slogans, even the Lenox Millionaires.

Suppliers for his casual clothing in sizes for toddlers, youths and adults include the Boston-based Soft as a Grape line of cotton sportswear and made-in-America fabrics from Royal Apparel in Hauppauge, N.Y.

The distinctive sign above the 1,800-square-foot store's entrance was carved by local carpenter Joseph Burke from spare boards from Romeo's house prior to its renovation.

Although the store's arrival is timed to coincide with the launch of the town's 250th anniversary celebrations, Romeo plans to continue it well into the future as he phases out of his Century 21 franchise next summer.

"We need to identify the customer," he said, A mailing will go out to all Lenox residents, since Romeo aims to focus on local shoppers to help sustain the business.

"My whole vision since 1980, when I first entered retail, is that I always wanted to be in front of the curve," he said, noting that the inventory is unique to his store.

"Summer is gravy, and those merchants who look at summer as their year, that's not who I am," Romeo insisted. "I want to be the year-round guy. At this stage of my life, I can afford to play a little bit, I can take the time and have fun with it."