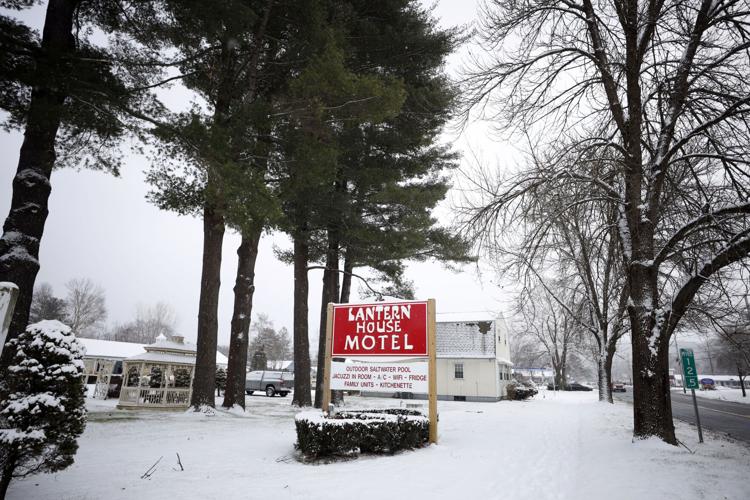 The Lantern House Motel in Great Barrington recently was sold for $1.5 million to a group that plans to renovate the property, which is located across Stockbridge Road from Monument Mountain. 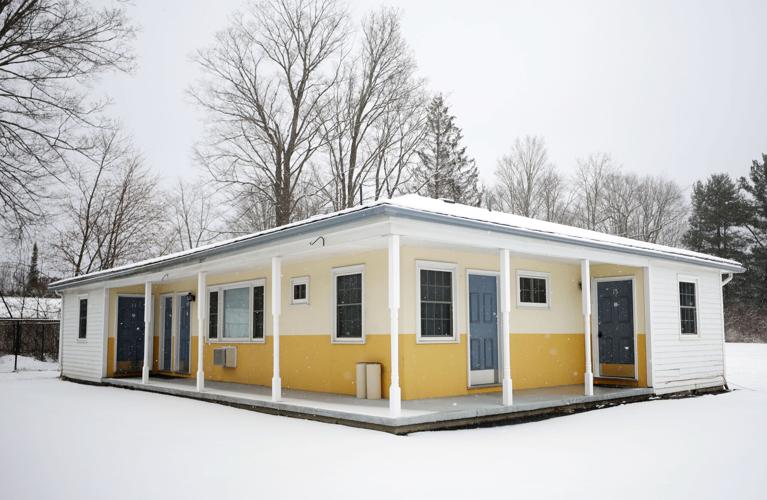 The Lantern House Motel in Great Barrington was sold last month, one of three large South County real estate transactions that occurred at the end of 2021.

This 18-acre property at 6 Seekonk Road in Great Barrington, which is located partly in Alford, recently sold for $4.5 million, the second-largest residential property transaction in the Berkshires last year, according to the Berkshire County Board of Realtors.

To design it, they contacted New York City-based architects Calvin Tsao and Zack McKown, who were inducted into the Interior Design Hall of Fame in 2001.

What Tsao and McKown did was design a 7,000-square-foot house on the slope of a hill on an 18-acre lot situated in Alford and Great Barrington that looked out on a mountain vista. In order to accentuate the view and to follow the sun, Tsao and McKown designed the house with angles and put in very large windows.

Linfield Simon runs a charitable foundation in New Haven, Conn., where the couple maintain their primary residence, and unfortunately for them, the advent of COVID-19 limited the amount of time they could spend in the Berkshires. So, they sold the home last month for $4.5 million, one of three large South County property transactions that closed out 2021 with a flourish.

The others were a country estate on Blue Hill Road in Monterey, situated on two lots, that sold for a combined $2.9 million; and the Lantern House Motel on Stockbridge Road in Great Barrington that two developers based in Florida picked up for $1.5 million.

The former home of the Simons, which has entrances on Seekonk Road in Great Barrington and Old Barrington Road in Alford, was the second-highest residential property transaction in the Berkshires last year, according to the Berkshire County Board of Realtors, which tracks just Realtor-assisted transactions. It was topped only by the $4.75 million sale of a home on West Center Road in West Stockbridge in September, according to the board. Both those sales also rank among the top 10 highest residential property transactions in the Berkshires on a list made up of data from The Eagle and the Board of Realtors.

Sales of single-family homes in the $1 million-plus range in the Berkshires began to take off in 2020, during the COVID-19 pandemic, and they continued to soar in 2021. Last year, 94 homes in that range were sold in the Berkshires, including 15 during the first quarter, the highest number during that time span since the Berkshire County Board of Realtors began compiling those statistics in 1997.

Board of Realtors President Sandy Carroll said her organization had no predictions for how the sales of $1 million-plus single-family homes would be last year.

“Quite frankly, we’ve been waiting to see if the interest at all levels of the marketplace would change at all, and honestly, it hasn’t,” Carroll said.

According to documents filed at the Southern Berkshire Registry of Deeds, the home’s new owner is Amy Rosse. Linwood Simon doesn’t know what Rosse’s plans are for the house. No further information on Rosse was available.

Bharti and Hasmukh Patel, the former owners of the Lantern House Motel, had owned the lodging establishment located across Stockbridge Road from Monument Mountain for 16 years through a nominee trust, according to attorney Mitch Muroff of the Muroff Hospitality Group, who secured the buyer in an exclusive listing agreement. The Patels decided to sell the motel because one of them is ill and the other has retired, Muroff said. The property has 14 guest rooms and includes a three-bedroom home.

The new owners, Patrick Trulahr and Francisco Arango, own the property through their company, GBMAM1 LLC, according to registry documents. They could not be reached for comment, but Muroff said they are planning to renovate the property.

Trulahr and Arango are also part of an ownership group based in Orlando, Fla., that recently purchased the 19th-century Charles Inn in downtown Bangor, Maine, a sale that closed two days before the one in Great Barrington did, according to the Bangor Daily News. The new owners also intend to renovate that lodging establishment this year, the newspaper reported.

The property in Monterey consists of two lots, at 212 and 214 Blue Hill Road, that were sold separately by the former owners, Paula Hall and William D. Hall, of Daytona Beach, Fla., who are the trustees of the William D. Hall and Paula Hall Revocable Trust, according to registry documents.

The new owners, Eric and Lisa Nadler, a couple from New York City, paid $1.5 million for 212 Blue Hill Road and $1.38 million for the second parcel. The property, which is surrounded by Beartown State Forest and located near the Appalachian Trail, includes two homes, a paddock, a stream-fed swim pond and a hand-hewn log cabin, according to the listing.

This story has been modified to replace an incorrect photo of the Simon house and property.