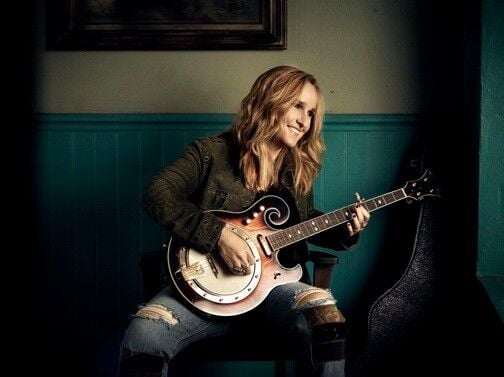 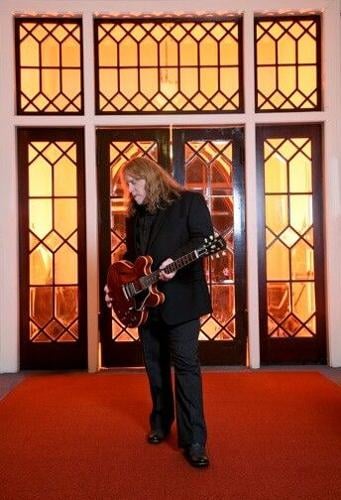 LENOX -- Two pre-season popular music concerts -- Melissa Etheridge and then a Boston Pops/Warren Haynes homage to the music of the late Jerry Garcia -- have been booked for Tanglewood's extensive, diverse summer lineup.

Rock singer-songwriter Melissa Etheridge, winner of Grammy and Oscar awards, will perform in the Shed on Friday, June 21, the Boston Symphony announced on Wednesday, citing her appeal described in the All-Music Guide as a "mixture of personal lyrics, pop-based folk-rock and smoky vocals."

The next night, June 22 an additional Boston Pops event conducted by Keith Lockhart will offer what the BSO calls a "ground-breaking orchestral adventure" showcasing new settings of Jerry Garcia's original songs as well as "timeless standards" typical of Garcia's own late-career shows.

Vocalist and guitarist Warren Haynes, who has performed with surviving members of Garcia's Grateful Dead, as well as the Allman Brothers Band, and his own band, Gov't Mule, will be in the Pops spotlight, adding his "soul-soaked, introspective blend of rock, blues, R & B and jazz to Garcia's masterworks," the announcement stated.

The pre-season bookings are in keeping with BSO Managing Director Mark Volpe's often-expressed goal of expanding popular artists concerts by scheduling them primarily in the weeks before and after the orchestra's eight-week residency, which runs from July 5-Aug. 25 this summer.

Etheridge, 51, who was awarded a star on the Hollywood Walk of Fame in 2011, won a Best Original Song Academy Award in 2007 for "I Need to Wake Up," from Al Gore's climate-change documentary, "An Inconvenient Truth." Her Grammys for Best Rock Vocal Performance, Female, came in 1993 for "Ain't It Heavy" from her album "Never Enough" and in 1995 for "Come to My Window" from the album "Yes I Am." In addition, her songs have been Grammy-nominated 13 times.

Other best-known albums among the 14 she has released since her 1988 debut recording include "Brave and Crazy," "Never Enough" and "Your Little Secret." Her most recent album, released last year, was "4th Street Feeling."

Additional, high-charting singles include "Bring Me Some Water," "No Souvenirs," "I'm the Only One" and "I Want to Come Over." Along with vocals, she performs on guitar, piano, harmonica and mandolin.

Since her public coming-out in 1993, Etheridge has been a leading gay and lesbian rights activist, and is also a strong advocate for environmental causes. She was successfully treated for breast cancer diagnosed in October 2004 and made her comeback appearance on NBC's "Tonight Show with Jay Leno" in November 2005, performing her song "I Run For Life."

The June 21 concert will be Etheridge's first Tanglewood appearance since July 25, 1989, when she opened for Little Feat.

Jerry Garcia, who was 53 when he died of a heart attack in 1995, is famed as co-founder, singer, lead guitarist and songwriter for the Grateful Dead, which attracted legions of fans known as "Deadheads" during the band's 30-year stint. Garcia was inducted into the Rock and Roll Hall of Fame in 1994 and was ranked 13th in Rolling Stone's list of "100 Greatest Guitarists of All Time." In 1987, he even had the Cherry Garcia ice-cream flavor named for him by Ben & Jerry's.

Warren Haynes, 52, has a long list of credits, including seven albums with the Allman Brothers Band, for which he composed 25 songs, 16 studio and live releases with Gov't Mule, and three solo discs. He is ranked 23rd on Rolling Stone's "100 Greatest Guitarists of All Time" and has performed at Manhattan's renowned Beacon Theater nearly 300 times, a record for any artist. His original compositions have been covered by Gregg Allman, Garth Brooks, George Jones, John Mayall and Buckwheat Zydeco, among others.

The bookings announced Wednesday join a lengthy list of pops-oriented attractions at Tanglewood this summer, including four other Boston Pops events, with Vince Gill on July 7, Michael Feinstein on Aug. 16, and the annual John Williams Film Night on Aug. 25, when the composer is joined by guest conductor David Newman and Broadway and concert-stage star Audra McDonald.

On July 13, the BSO will perform Leonard Bernstein's "West Side Story" score accompanying a screening of the 1961 film with the original dialogue and songs.

Tickets for the general public for the newly announced events, as well as the Jackson Browne concert and the entire Shed and Ozawa Hall season begin Sunday, Jan. 27, at 10 a.m. at www.tanglewood.org or by calling (888) 266-1200.