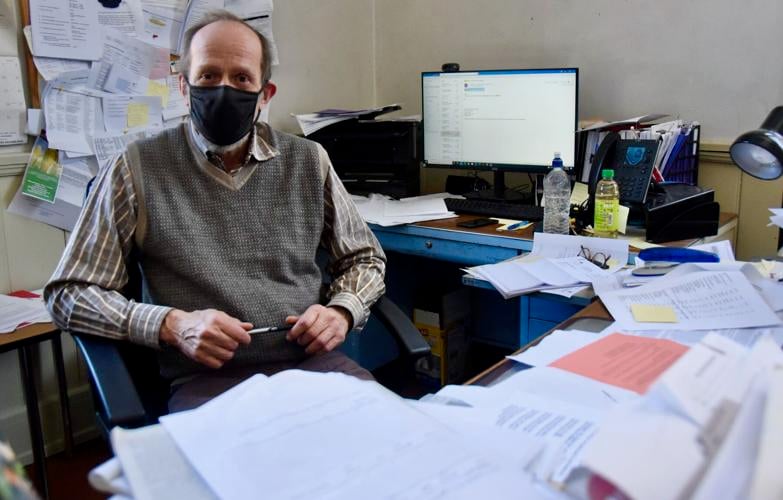 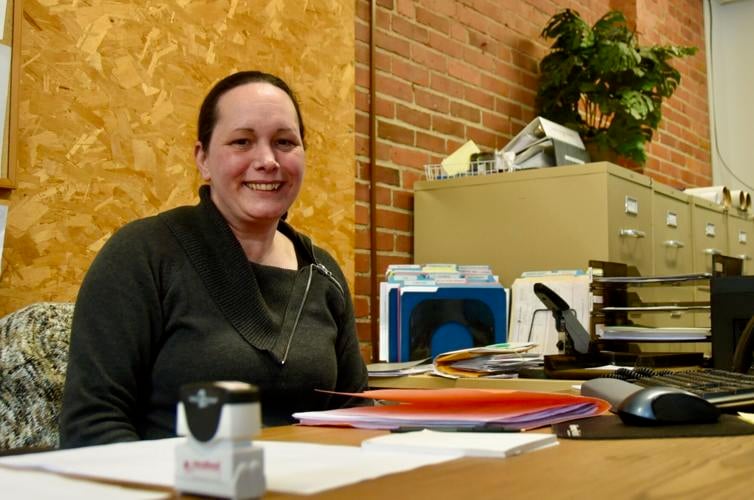 Rachelle Bleau started her new job in March as administrative assistant in Clarksburg Town Hall. Her previous job was in health care. She got the job understanding that there would have to be significant on-the-job training. 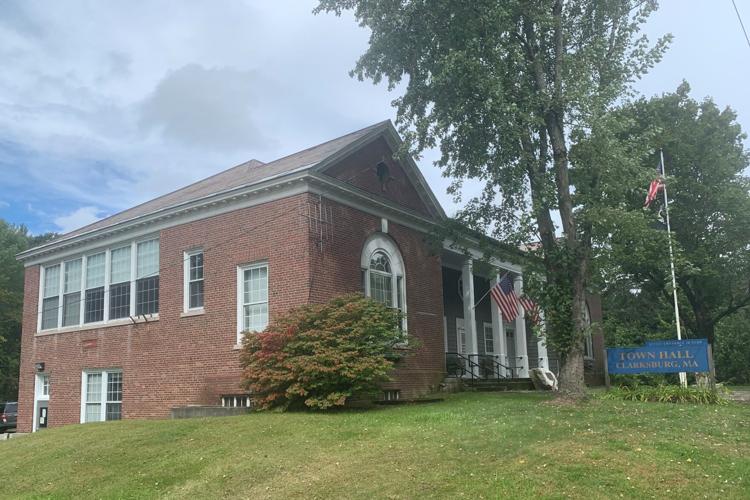 Clarksburg Town Hall was nearly empty of workers a year ago after several resignations. Town Administrator Carl McKinney is still seeking to fill one more position.

The supply of trained, experienced town professionals is running mighty low, and there doesn’t seem to be any relief in sight.

When Clarksburg lost three town employees, it took more than a year to rebuild the ranks, and they’re still lacking one position. Williamstown needed to find a town manager. It took 14 months and two searches.

North Adams is looking for a chief administrative assistant, library director, assistant IT director and a community development projects director, among others. In Great Barrington, officials are seeking a superintendent for the Department of Public Works, a human resources director and a parking enforcement attendant.

"Sometimes you get nobody responding. And that's for pretty much any town openings."

And in Pittsfield, the hunt continues for a community development specialist, senior code enforcement inspector, boat ramp steward, a library senior assistant, and a water and sewer maintenance technician.

“At a time when communities are working harder than ever due to the pandemic, it’s especially hard to find people,” said Geoff Beckwith, CEO and executive director of the Massachusetts Municipal Association. “We need to be building a stronger bench of people who are able to step in when older workers retire. All sorts of communities are looking for the right people, often competing with each other.”

Meanwhile, some towns have hired employees from neighboring communities, causing another opening in what can become a churn in staffing throughout a region.

But it doesn’t seem to be enough.

With the problem growing and no relief in sight, Carl McKinney, Clarksburg’s administrator, wrote to Gov. Charlie Baker to say the state needs to start training the next generation of municipal employees, while many employees are on the verge of retiring.

“It is becoming a crisis,” McKinney said in an interview. “I think we need to work together and advocate for the Berkshires much more aggressively than we have.”

In his letter to the governor, McKinney said the situation is worsening.

“This is not a new problem, but it has gotten significantly worse over the last four or five years,” McKinney wrote. “The Department of Revenue/Division of Local Services has been warning about this since my last tour of duty as town administrator. The situation has only gotten worse.”

The Massachusetts Collectors and Treasurers Association, he noted, listed 35 advertised positions for that clutch municipal role, a full 10 percent of all state communities.

“The need is dire, and the supply is incredibly limited,” McKinney wrote.

When the lights go out

Clarksburg is a good example of what can happen when key positions go vacant at the same time.

For several months, the town had to function without an administrator, administrative assistant, treasurer/tax collector and town accountant. And the Select Board was down to one member, meaning it lacked a quorum and could not meet.

As a result, the Select Board chair, Danielle Luchi, volunteered to act as administrator, taking care of business and seeking temporary help with the treasurer’s office and the duties of the accountant. Even the police chief was helping out in different roles. The town missed several state deadlines for budgeting and other required reporting.

"We’re finding it difficult, even impossible at times, to compete with the salaries and benefits a private sector employer can provide."

Beckwith, of the MMA, said state requirements can be complex, requiring specialized knowledge and training.

“And when a town is short-handed, ultimately they still have to get the work done under an increased level of difficulty,” Beckwith said.

Janice Boudreau, executive secretary in the Franklin County town of Rowe, said that in the past, municipal positions were in demand, as they had decent pay rates, were local and offered decent benefits.

“Now, however, these positions require a high level of training including treasurer, accountant, town clerk, assessor and Board of Health clerk,” Boudreau said.

“At present, we are looking for an administrative assistant,” she added. “I have had difficulty finding someone and will undoubtedly have to spend hours and hours of training as I just did with someone else. But it didn’t work out and I have to repeat the process.”

Another issue is that skills and training demanded in municipal governments do not resemble what’s needed in the private sector. An accountant in a private company would not be able to slide into a job as town accountant without significant retraining.

“Municipal vs. private sector is very different,” said Brandi Page, town administrator in Otis. “It takes time to adjust and understand the differences.”

If a town decides to hire someone without pertinent training, Page said, it must be ready to provide training and support during the adjustment period.

Williamstown closing in on final candidates for town manager

Massachusetts recognizes the challenge towns face in filling vacancies and is working to connect candidates to get training on matters “that may seem overwhelming,” Page said.

The Department of Local Services recently launched the Municipal Training and Resource Center, where people can up their game on how towns are run, through videos and other resources.

This is a problem across the state, in towns big and small, says Andrew MacLean, town administrator in Pepperell.

“I believe there are two main drivers — lower pay than the private sector for comparable positions/skills and municipalities not being sophisticated recruiters,” he said.

“We believe we will have better success training from within rather than hoping the marketplace provides us with someone on demand in the future,” MacLean said. “This came to us after going through some turnover turmoil, so it is a lesson learned.”

Lisa Blackmer, of North Adams, a veteran municipal employee with past stints in Becket and Buckland, says the lack of training programs hobbles progress.

“We’ve got to change the paradigm; change the message,” she said. Blackmer is business administrator for the Northern Berkshire School Union and president of the North Adams City Council.

“Nobody these days goes to college to be a municipal accountant,” she said. “So it’s hard to find anyone to fill these jobs. But it’s a good career, better than the private sector in some ways.”

While some jobs in the private sector pay better, employees in municipal government can advance. It’s especially good for people who want to work close to home in jobs that can have an outsized, and positive, impact on the town and its residents.

Jay Green, town administrator of Adams, created his own recruitment pipeline. Green worked out an internship program with the Massachusetts College of Liberal Arts — and through that, landed a new town accountant. Crystal Wojcik came in as an intern to help out in the treasurer’s office, then was hired full time and promoted twice. She now serves full time as town accountant.

“Good recruiting and retention policies are key,” Green said. For him, the question isn’t only how to attract candidates. “More importantly, how do you keep good employees?”

Sharing services with other towns might solve part of the staffing problem, Green says, and cut down on the issue of having a hire solve one town’s problem, only to create another for a neighboring community.

Allowing for adjustable working hours and flexible vacation times might help keep employees on board.

In his letter to Gov. Charlie Baker, Clarksburg's town administrator said that municipal positions are crucial for the “proper day to day operation of any given municipality. The shortage is causing chaos, errors, missed reporting and a general dissatisfaction with the populace of the services we deliver and on which they rely upon.”

Clarksburg is still seeking a treasurer/tax collector. Carl McKinney, the administrator, said that when the town fills the role, it will likely be with an employee of a nearby town.

“If we are successful … we will end up taking an employee away from another town, as was done to us,” he wrote. “It is, in all reality, approaching crisis proportions with no end in sight.”

McKinney asks that the state consider creating a network of four or five “training centers/Vocational Certificate Programs” to create a new pipeline of trained municipal workers — and do so in a hurry.

“This is one of the most challenging problems cities and towns will face in the years ahead, especially when recruiting very specific skillsets required for department-head level positions,” said Mark Pruhenski, town manager in Great Barrington. “We’re finding it difficult, even impossible at times, to compete with the salaries and benefits a private sector employer can provide.”

He said the work itself can be rewarding, but that’s not enough to “attract and retain employees in the current environment.”

The answer? The town is examining its pay scale and adjusting salaries where needed, along with working with interns to give them a taste of a career in town government, Pruhenski said.

“We’re also casting the widest nets we can when it comes to advertising openings,” he noted.

State Rep. William “Smitty” Pignatelli, D-Lenox, said that the evolution of small town governments has reached a point where sharing services among towns will become more prevalent. On-the-job training may have to become the norm.

“Finding qualified people is harder now because small town government has become so much more complex,” he said. “So by sharing services, the towns get what they need and save money at the same time, while relying on fewer people to operate town hall. And the shared employee will receive better pay as a result.”

“Nobody these days goes to college to be a municipal accountant."

“We’ve had a number of positions where we’ve had to do multiple searches,” he said. “Sometimes you get nobody responding. And that’s for pretty much any town openings.”

Canales acknowledges that when Stockbridge hired its tax collector/treasurer away from Clarksburg, the move affected a smaller town already lacking essential personnel.

“It’s definitely as issue,” he said. “Within another 10 years we’ll be facing another wave of retirements in all of these towns, with nobody coming up behind them to carry the load.”

As Tip O’Neill noted, all politics is local — and in our town offices and city halls, so is the maintenance of democracy itself. That’s not ju…

Savoy posts go unfilled due to a lack of interest, leaving some duties undone

The Parks Commission is empty. There are two vacancies on the Planning Board and one vacancy on the Cemetery Commission. And there is one empty chair on the Select Board. According to Town Clerk Valerie Reiner, an upcoming special election could fill that Select Board seat, if somebody wants to run for it.

Filling municipal jobs in the Berkshires can be hard. A new shared human resources director in Adams, North Adams and Williamstown will help

The three communities are funding the position with a $100,000 grant from the state’s Community Compact Program.