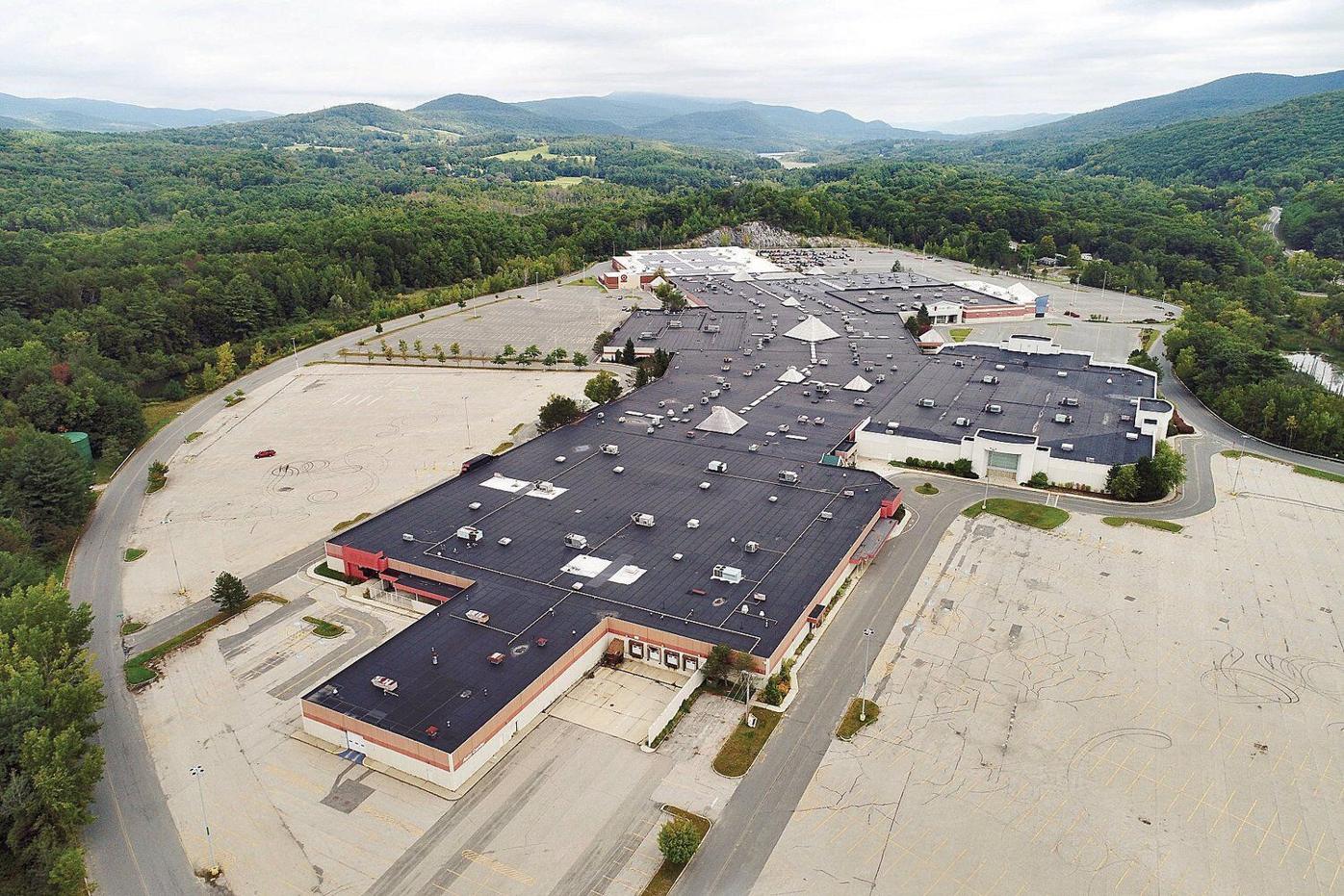 A Lanesborough resident has proposed transforming the shuttered Berkshire Mall into a mixed-use village featuring apartments, condominiums, entertainment and other amenities. 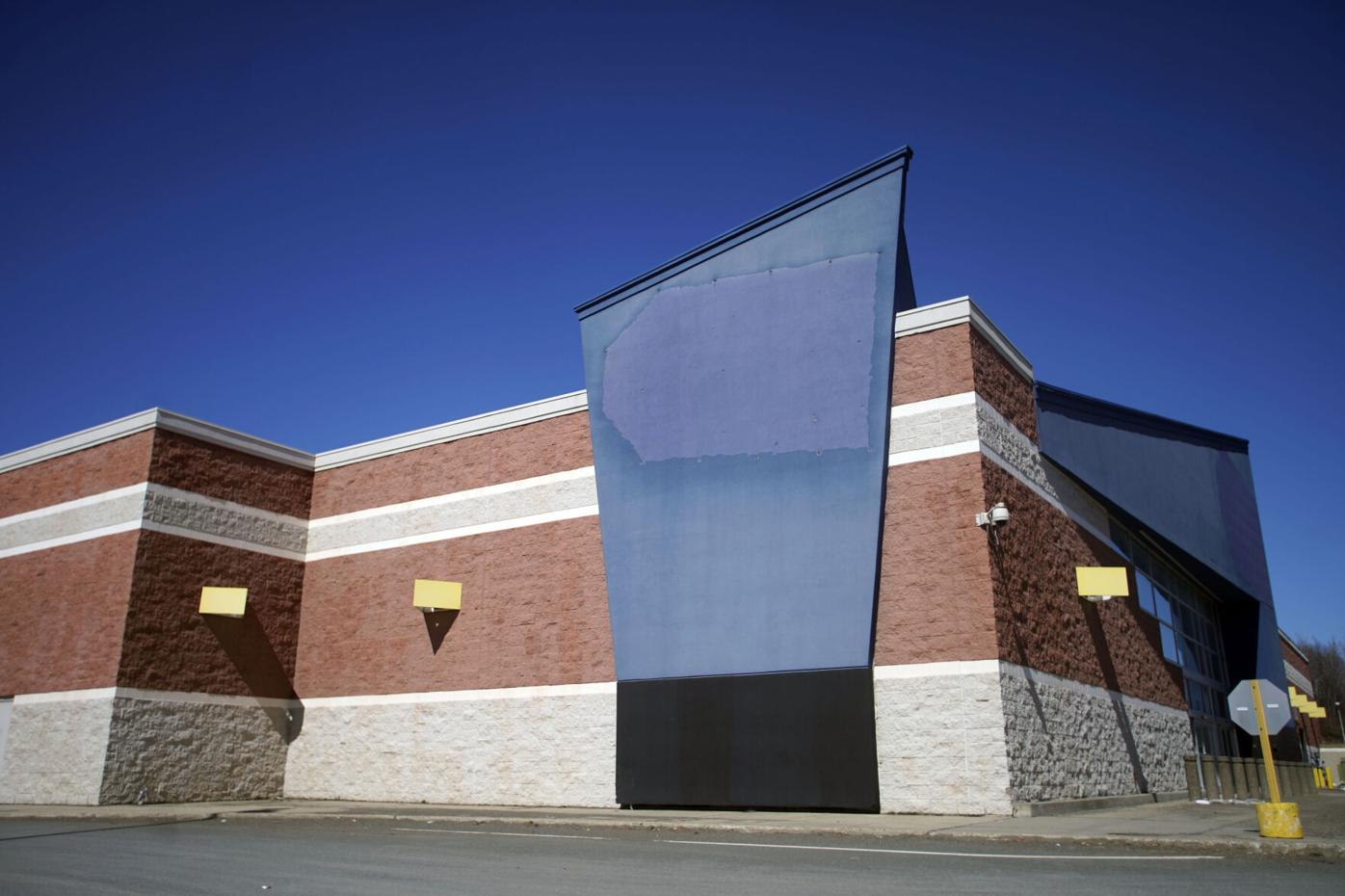 Empty blue panels mark the former Best Buy location at the shuttered Berkshire Mall in Lanesborough. The store closed in May 2019. 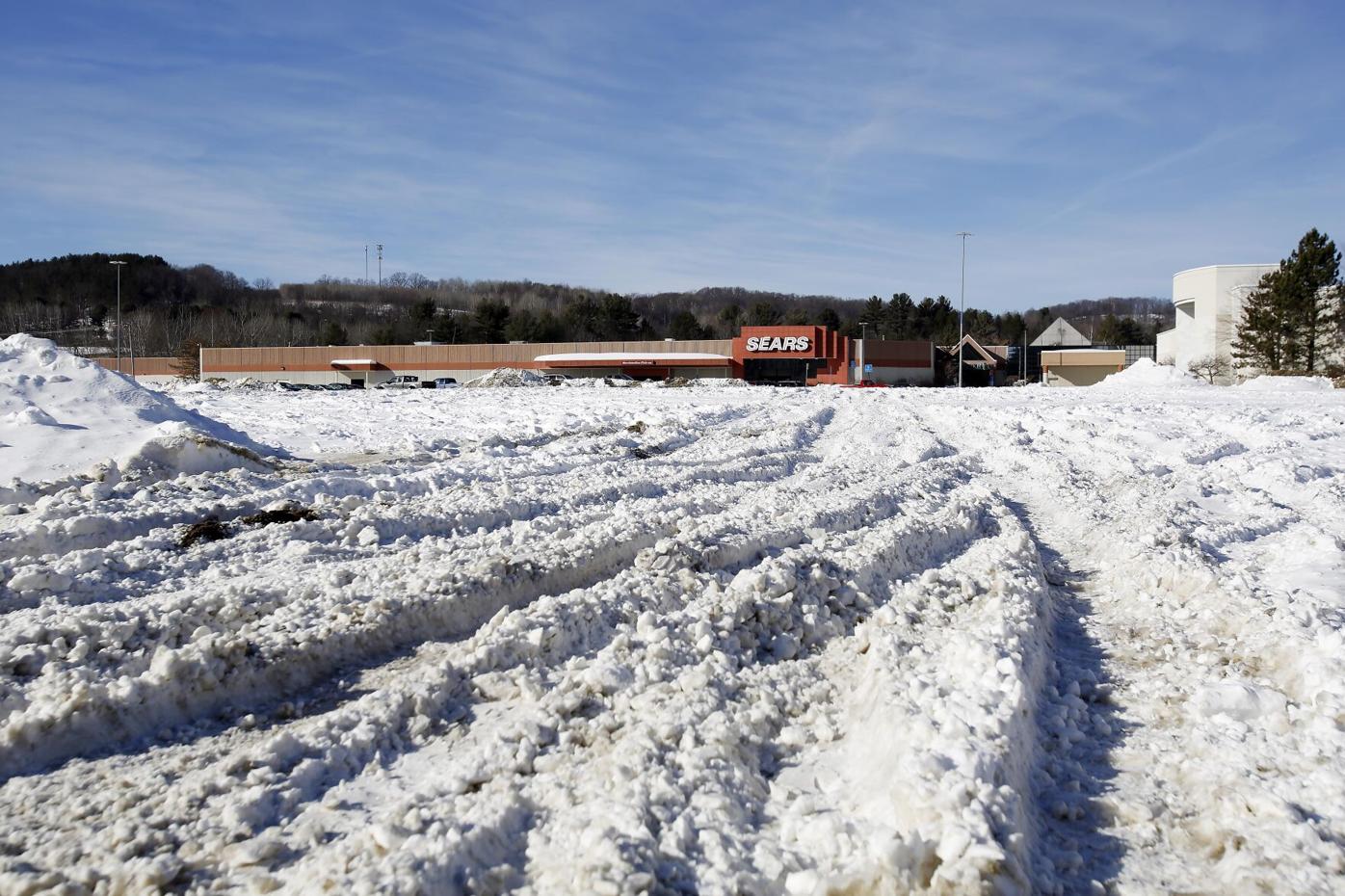 Large areas of the parking lot of the Berkshire Mall sit unplowed nowadays, including near the site of the Sears store, which closed in early 2018.

LANESBOROUGH — A local man who has toured the shuttered Berkshire Mall envisions transforming the place into high-rise apartments, condominiums and hotel space with amenities that serve a work-from-home economy.

Preston Repenning outlined that dream to Lanesborough officials this week, but as of yet does not have financing lined up for what he terms a project costing hundreds of millions of dollars.

Repenning, a 66-year-old resident of Lanesborough, is a musician and has not developed commercial property before. He has not spoken with the mall’s owner.

Empty blue panels mark the former Best Buy location at the shuttered Berkshire Mall in Lanesborough. The store closed in May 2019.

After hearing his presentation Monday, the town’s three-member Select Board asked a few questions but did not offer judgment on the validity of the proposal, having seen it for the first time. Officials invited Repenning to make presentations to townspeople, municipal leaders and the Berkshire legislative delegation for support.

In an interview, Repenning said he was inspired by a hotel/convention project called Rock Lititz in Lititz, Penn., 76 miles west of Philadelphia. He acknowledged that some kind of public/private partnership will be needed to get the project off the ground. “We would ask if we could work with everyone to help with these challenges before we could ever put an offer on this property,” he said.

Repenning told the Select Board he believes the project could help fill housing gaps in the area. “People want to move here, [but] there’s a housing shortage. Corporations that are here are trying to attract families here. We want to turn what is into what might be,” he told the board.

Repenning said he would operate as Paragon Villages, LLC. That corporate name had not been registered with the secretary of state’s office as of Wednesday.

— Razing the former Sears store and replacing it with an entertainment facility featuring broadcast, streaming and recording studios.

— Replacing the former JC Penney space with a health and wellness center.

— Erecting two high-rise apartment/condominium towers, one each where Best Buy and Macy’s were located. The location of Macy’s former floors would be a hotel. The height of the towers will depend on what zoning allows.

Large areas of the parking lot of the Berkshire Mall sit unplowed nowadays, including near the site of the Sears store, which closed in early 2018.

As for the rest of the existing building, Repenning said he imagines that the old mall’s center hallway could host shops and eateries tailored to the needs of residents and guests — though restaurants and shops recently closed in the same location.

Five years ago, Kohan Retail Investment Group of Great Neck, N.Y., bought the mall for $3.5 million. Principal owner Michael Kohan was unable to retain tenants or keep up with repairs.

The mall closed temporarily several times before finally shuttering for good in May 2019. Kokan sold the mall soon after to Durga Property Holdings LLC and its president, Vijaya Kumar Vemulapalli, for $1 million.

Only Regal Cinemas and Target remain in business at the site, the latter owning its 127,000-square-foot retail space.

Repenning says he has yet to get in touch with the latest owner, but has toured the property to get a sense of how his project will fit on the site.

Repenning said the site is in rough shape with a sewage treatment plant that is obsolete and uncertified and a roof that needs replacing. In addition, the property needs better electric and water service, improved parking and landscaping, he said.