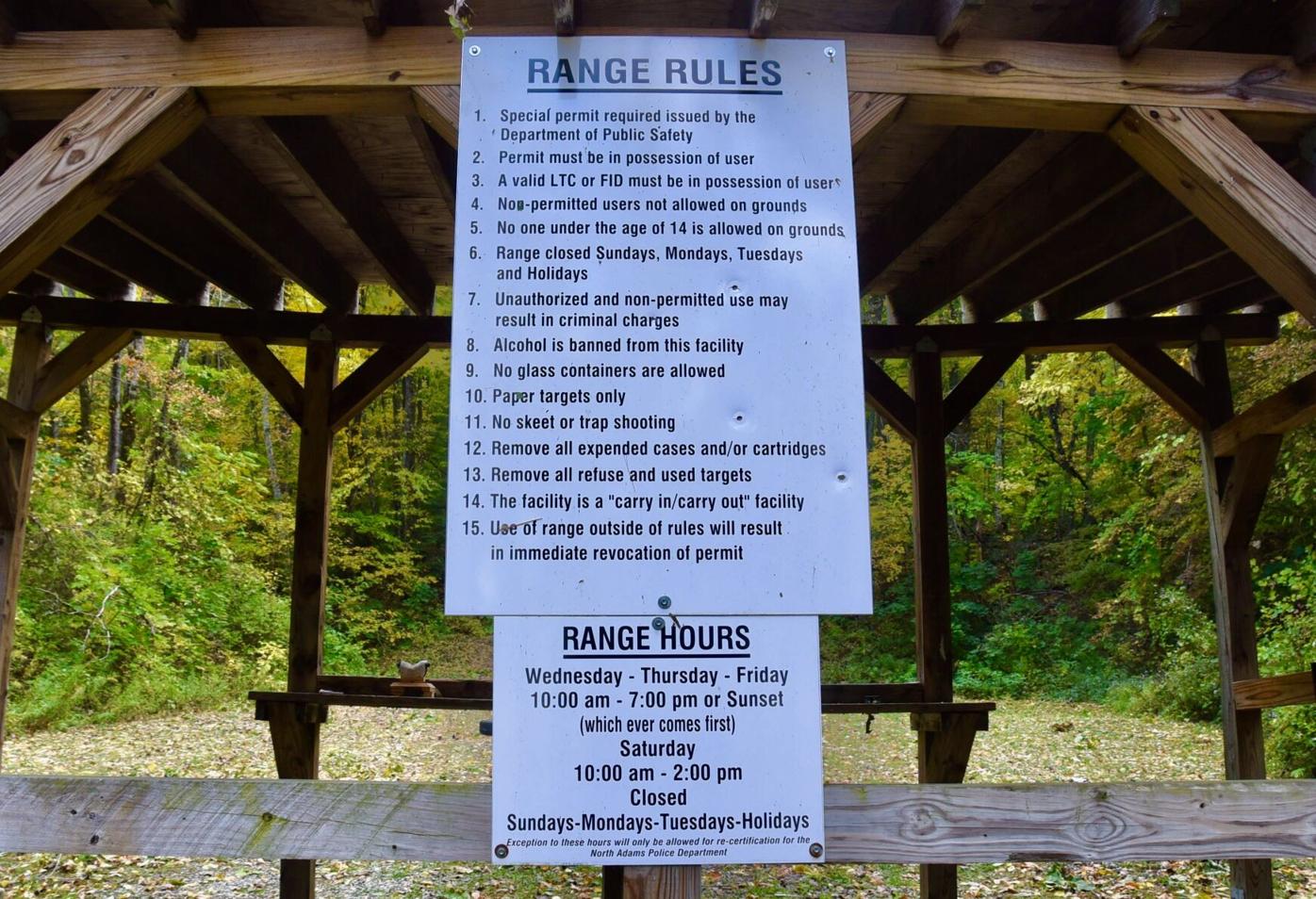 Rules for the rifle range in North Adams are posted at the entry and at the Pattison Road range itself. 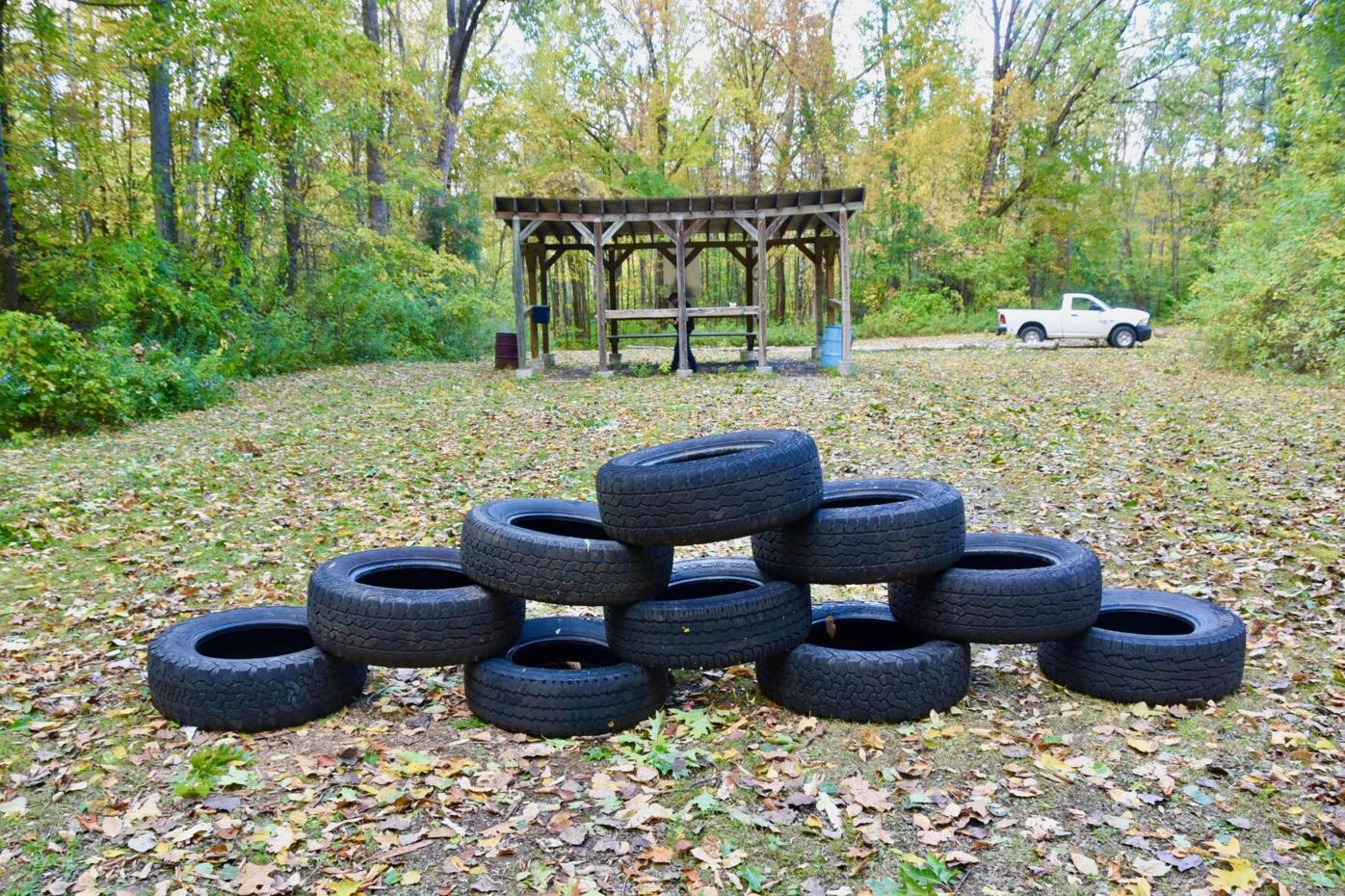 A view of the rifle range run by the city of North Adams on Pattison Road. 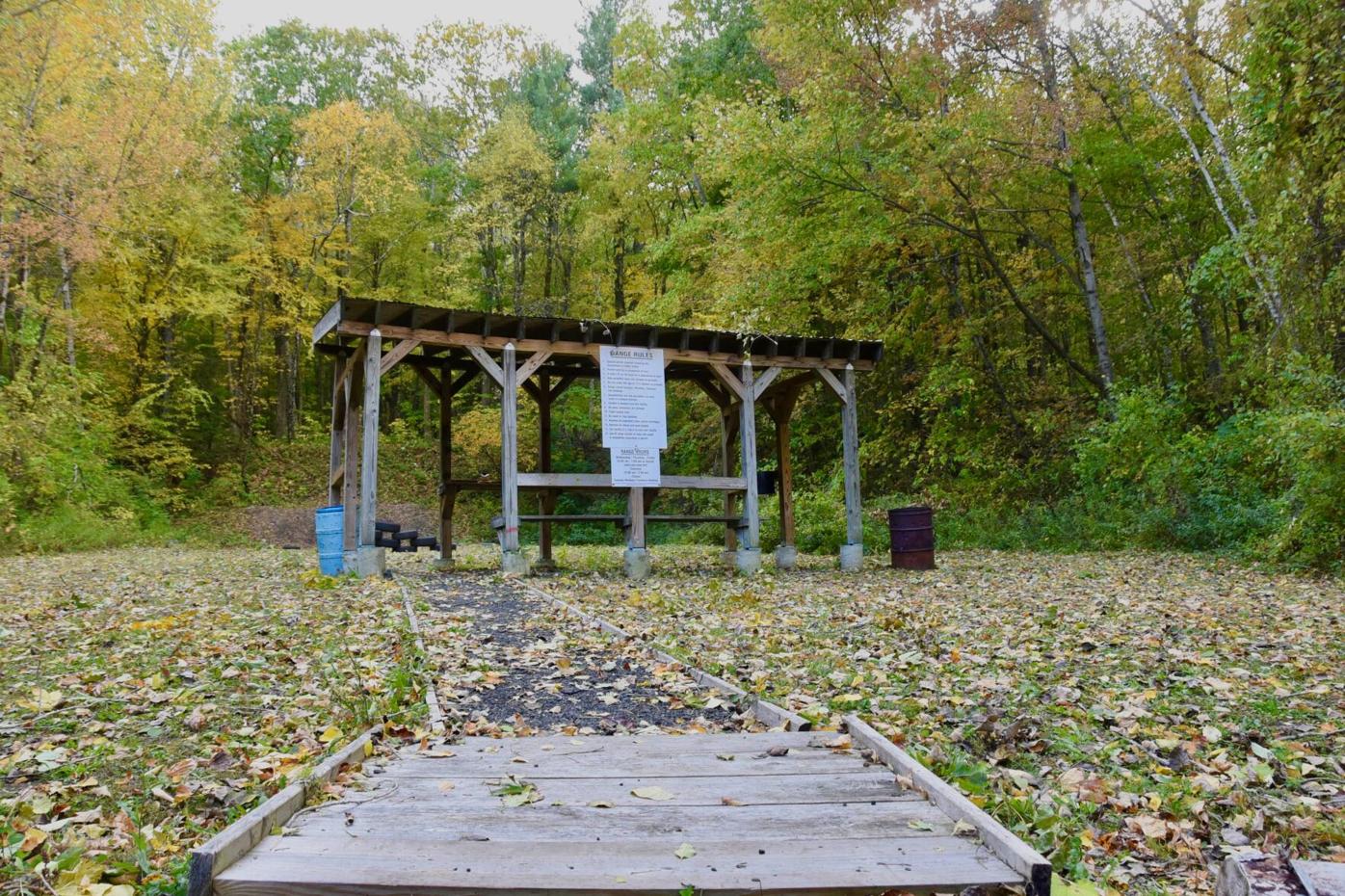 The rifle range in North Adams.

Rules for the rifle range in North Adams are posted at the entry and at the Pattison Road range itself.

A view of the rifle range run by the city of North Adams on Pattison Road.

The rifle range in North Adams.

NORTH ADAMS — A few neighbors of the city’s rifle range on Pattison Road want to take a shot at closing it down.

“The range really got out of control,” said neighbor Jim Gyurasz, who has lived about 500 feet from the range for 13 years. “People are coming up there without permits, or membership. It’s been an ongoing situation.”

According to another neighbor, Judith Grinnel, the noise can be disturbing at times.

“I want the range to be conforming to the zoning laws that govern shooting ranges like ours in residential areas,” she said. “I am concerned that the shooting direction is so close to the Appalachian Trail and wonder if there are precautions to prevent the lead from bullets getting into streams coming down the mountain and flowing by homes and into the Hoosic.”

But it could be an uphill fight. When the range was closed last year for insurance reasons, while seeking a fix to the issue, members of the City Council received a significant number of calls in support of reopening the range.

“That range has been a recreational facility in the city for 50-60 years,” said North Adams Mayor Thomas Bernard. “When we had to close it last year, there was significant pushback from users and the City Council. We have a degree of sympathy for the neighbors up there, but they built up there knowing there was a shooting range nearby.”

Bernard noted that to the best of his knowledge, North Adams is the only municipality in Massachusetts that owns and operates a shooting range.

“We offer a service, a recreational facility, that no other community can offer,” Bernard said.

The insurance policy that covers the range costs $675 a year. The city also performs periodic grading of the driveway, work that is conducted by city employees.

Other than that, there is no cost to the city. Range members volunteer to cut the grass and maintain the few structures at the range. To be a member, the cost is $20, with a renewal fee of $10 per year. Nonresidents have to pay $25 to be a member and $25 in yearly renewal fees. Members must be licensed to carry a firearm and ammunition.

There are roughly 80 members of the range, who are issued a key to the gate at the foot of the driveway — the only security measure in place. Hours are Saturday from 10 a.m. to 2 p.m. and Monday, Wednesday and Friday from 10 a.m. to 7 p.m. or sundown, whichever comes first.

North Adams police officers are allowed to use the range outside of operating hours for firearms qualifications.

But Gyurasz said it is not uncommon to have unpermitted people to walk around the gate and use the range outside the hours of operation, and there is nobody present to challenge them. He added that users are known to leave live rounds on the bench or the ground.

And he is concerned about the lead from bullets that becomes embedded in the range’s embankments behind the targets. He worries that rain runoff could carry lead into the water table and infiltrate the wells of neighboring properties.

The Massachusetts Department of Environmental Protection conducted an on-site visit in June “to assess recent citizen concerns received regarding the rifle range operation and discuss the environmental aspects of lead management at the range.”

In a report issued in August, the DEP recommended that the city “prepare an Environmental Stewardship Plan for the range.”

The report shows there is no bullet containment or collection system, but also notes that berms behind the target areas are in good condition, with no apparent erosion, noting that rainwater runoff “appears to percolate into the soil.”

There were no other concerns listed in the report. The city is preparing the requested stewardship plan.

“No significant debris accumulation was noted and the ranges are clean and well-kept,” the report said. “Limited shell casings and other shooting debris were present in the berm foreground. The wooded area above the berms was walked to assess for debris, tree scarring and presence of lead shot from historical trap shooting. No lead accumulation was observed.”

Police records show that since 2015 there have been 21 calls to 911 to report people using the range outside of operating hours. Records show that in 11 of those cases, the calling party was Gyurasz.

The city’s point man for the range is Bill Meranti, who also serves as the city’s building inspector. He is a member and user of the range.

“That range has been there for 60 years,” Meranti said. “Why would it be a concern now?”

He noted that generations of city residents have learned to shoot there. Some use the range to set the sights on their guns before hunting trips.

Over the years, rules have become stricter and the hours have been cut in half, and the usage has decreased somewhat. But for the members, it is a significant convenience and cost savings to have a range in town. Sports clubs in Cheshire and Stamford, Vt., are available, but are more crowded, further away and more costly.

There are two ranges at the facility, one for pistols and one for rifles. For both, the target backdrop is a raised embankment, lined by the forest at the top. It is a small, simple facility, with a basic wooden shelter for pistol users, and an old metal bench for rifle shooters to use.

Meranti said the city is working on an Environmental Stewardship Plan and is looking at ways to improve the gate structure and to better secure the driveway up to the range.

Bernard said the city is looking at the DEP recommendations, while keeping an eye on the costs.

“If this were to turn into a major infrastructure project, that could be a reason to (close the range), which would be disappointing for the users,” Bernard said. “My top priority is to retain a place where our police officers – who we count on for public safety – can train to use their firearms in a safe manner, and to be safe and responsive to community concerns.”

Rob Lyons, a frequent user and volunteer at the range, is a bit mystified about the effort to close the place. He said that to his knowledge, there have been no shooting accidents or incidents in the history of the range.

“You can’t move in next to an airport and then complain about the noise,” he said.

He likes the range because it’s isolated. “It’s nice, it’s quiet, and even my wife likes shooting up here because she feels safe,” Lyons said. “About 95 percent of the time, you’re up here by yourself.”

He said other facilities in the area are more expensive and crowded. “It’s nice to have a place to go,” he said. “It’s better than having people just walking into the woods and start shooting stuff.”

Scott Stafford can be reached at sstafford@berkshireeagle.comor 413-629-4517.