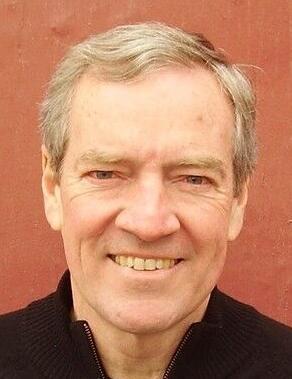 PITTSFIELD — Given his many accomplishments, one act of community service by the late Donald MacGillis merited just a mention in reports of his death in a hiking accident in early October.

For four years, MacGillis, 74, shaped and then led the Berkshire Eagle Advisory Board, a group created in 2016 to help guide the paper’s editorial direction after its purchase by new local owners.

Now, two members are stepping up to carry on after MacGillis, at a time when publications need good counsel more than ever, they both say.

The board’s new co-chairs are Donald Morrison, a longtime editor at Time magazine who is a regular columnist for The Eagle, and Barbara Palmer, director of finance and operations for the Williams College Museum of Art.

Palmer and Morrison will work together to host board sessions and bring forth recommendations that can help the newspaper best serve the region.

“We are out here as eyes and ears for The Berkshire Eagle,” said Palmer, who has a home in Williamstown and family roots in Tyringham. She said that with the economic and other challenges facing newspapers, it’s essential that publications continue to serve the public interest.

“Their importance remains absolute,” Palmer said. “Our job is to help think that through, with all of our connections. Being there as a sounding board for the editorial team.”

Morrison, who has a home in Becket, said the board’s mission is to help The Eagle remain relevant and to help its editorial staff — “people who are doing enormously important jobs and performing an essential role in the community.”

Morrison worked for 37 years for Time, in virtually all editorial departments, and helped lead its coverage internationally.

“I know how helpful it is to have someone standing beside you saying, ‘I think this is a great idea, [though] it could be a better idea if you did it this way.’”

By design, the board that MacGillis helped form includes thought leaders from around the area, in diverse fields. Members include journalists, educators and environmentalists.

At meetings held roughly four times a year, board members offer suggestions on topics that warrant more attention by the paper’s reporter and editors. At the same time, they share their own views on Berkshire County’s needs, interests — and even it’s worries, Morrison notes.

“The paper doesn’t exist in a vacuum,” he said.

Since the group formed, President Donald Trump has issued routine attacks on the media, questioning its fairness and reliability. To Morrison, that’s a stunning development.

“This is uncharted territory,” he said, after decades and decades in which information provided by news organizations about public affairs helped guide decision-making by governments large and small.

“We’ve never lived in an era when that centrality was in danger and, by some, in question,” Morrison said. “We’re really at the cutting edge of a grand experiment.

“We wouldn’t be doing this if we weren’t blazingly optimistic,” he said. “The Eagle is an asset to the community, and it deserves our enlightened stewardship.”

Palmer said that as she and Morrison renew their contacts with board members, now as co-chairs, they will revisit ways to serve the paper and region.

Part of the plan

Rutberg said formation of an advisory board was part of the new entity’s business plan in 2016.

“We wanted to get input from the community and how we were doing and how they perceived us,” he said. “It’s a very eclectic group, and we’re proud of that.”

As the board’s founding chairman, MacGillis brought knowledge of the community; of The Eagle, which he served as editorial page and top editor; and of journalism.

When the board was announced in November 2016, MacGillis pledged broad outreach.

“The new owners of The Eagle and I look to the advisory board as a way to make sure the paper is connected to, and responsive to, as many corners of the Berkshire County community as possible,” he said at the time.

Even between board meetings, MacGillis often would call Rutberg and the paper’s executive editor, Kevin Moran, with suggestions.

“He had a critical eye, and it was great,” Rutberg said of MacGillis. “He was very supportive.”