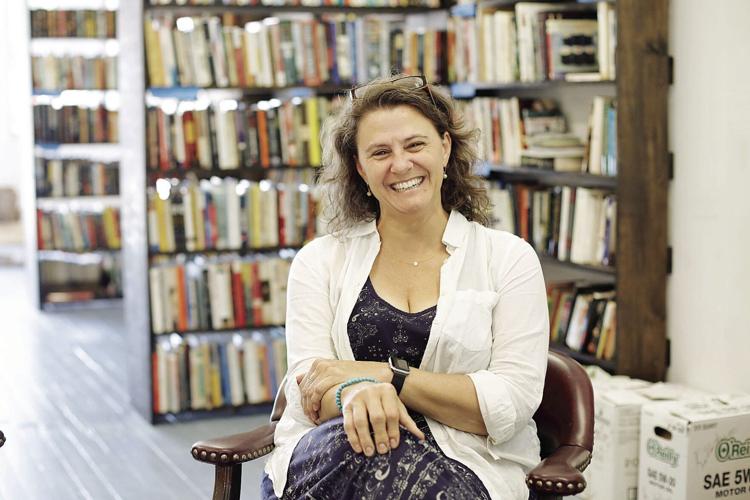 Jen Stevens, co-owner of The Bear and Bee Bookshop in North Adams, sits among the 5,000 or so books — most are used — in advance of the store’s June 26 opening. “I think most bookstore owners start off with having a passion for books in general — and just like being around them,” said Stevens, who owns the shop with partner Rye Howard. 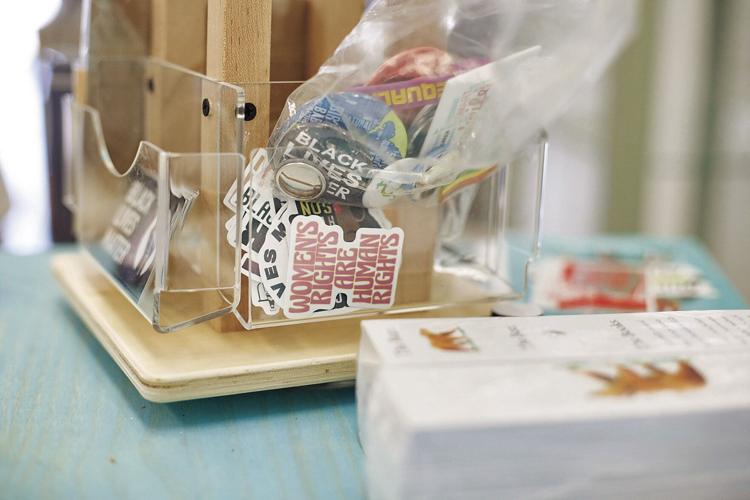 Gender and social justice are among the topics at the bookstore. "What we really wanted was a space for conversation, and a space for critical thinking and just trying to connect with the community," Stevens said. 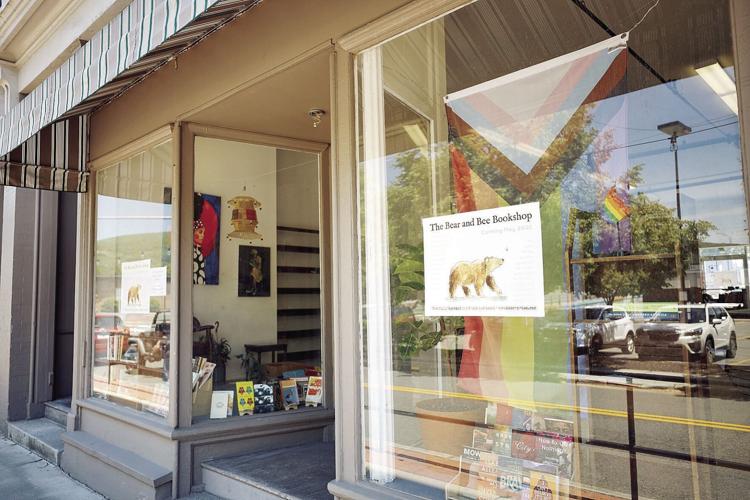 Aside from books, the store on Holden Street will offer gifts, cards, puzzles and games — and its website asks people to submit book suggestions and ideas for the store. One wall might become a community board for people to share messages and feedback, Stevens said.

NORTH ADAMS — In one Holden Street storefront, a rainbow flag hangs in the window and a display includes “Moosewood Cookbook,” “The Secret Life of Bees” and “A Field Guide to Your Own Backyard.”

A bookstore is coming to town.

Next weekend, the space will open as The Bear and Bee Bookshop. The store has “carefully curated used and new books,” as its sign puts it.

It will sell mostly used books and some new ones, along with gifts, cards, puzzles and games, co-owner Jen Stevens said. Topics include gardening, women’s health, herbalism, gender and social justice, alongside such genres as fiction and mysteries, in the store’s approximately 5,000-book inventory.

“Those are really our passions,” Stevens said of her and her co-owner and partner Rye Howard.

“We both have way too many interlocking interests,” Howard said. “Having a bookstore to support our interests and the interests of everyone else in the community seems like an important resource for a city to have. If there’s not one here already, then we thought we might be able to supply that.”

Howard emphasized the curation of the store.

“We don’t want to have a bookstore where books go after they get rejected somewhere else. ... We want to be a place where everything is chosen because it’s interesting to at least somebody.”

“We’ve both been super book-y people, of course,” Stevens said while sitting in the store on a recent morning.

“I think most bookstore owners start off with having a passion for books in general — and just like being around them,” she said. “Obviously, you can’t be a competitor to Amazon, so, for us, it was really about creating a brick-and-mortar place for community.

“What we really wanted was a space for conversation, and a space for critical thinking and just trying to connect with the community.”

For example, Stevens, a midwife with a background in international public health, envisions a monthly club meeting to talk about health.

“Particularly for me, women’s health,” she said.

“I think having a space where people can gather and feel free to ask stupid questions and not be laughed at,” she said. “Not be made to feel dumb, but know it’s a safe space to learn and push back. I would want the space to be where you can challenge me about my why and I can challenge you about your why. A respectful space. I think we need that.”

The shop is open to suggestions. One wall in the store might become a community board for people to share messages and feedback, Stevens said.

“It gives me a chance to really hear: What does the community want from the shop?”

Their website also asks people to submit book suggestions and ideas for the store.

“We want to hear what everyone else wants in a bookstore,” Howard said. “We’d like to carry what people want to read.”

One event the co-owners wanted to see in the community is a city Pride celebration. The bookshop is helping organize an LGBTQ Pride event with other local businesses from 6 to 9 p.m. June 25 in the Massachusetts Museum of Contemporary Art courtyard, Stevens said.

Stevens and Howard are relatively new to North Adams. The couple moved to the city last summer, after living in Bangladesh, where Stevens was working for the United Nations on global maternal health and midwifery education.

“Being data geeks a little bit, we basically made a map, a GIS map,” Stevens said, “where universities are, to where bookstores are, to same-sex marriage rates. A little bit of everything to try to get the right mix of what we were looking for. And North Adams kind of came to the top.”

Not surprisingly, Stevens reads a lot. Some of the books in the store are hers.

“Probably most of the women’s health books at this point are mine, just because I had to thin out my collection,” she said with a laugh.

She used to joke, “I should have a bookshop. I can keep reading books and not have to keep buying them and figure out where to put them when I’m done.”

“I love used-book shops,” she said. “Any time I go to a town, that’s the first thing I do; I try to see where the used-book shop is and check it out.”

Problems facing downtown North Adams are layered, those in the business community say, from the challenge of increasing foot traffic to the high cost of renovating old buildings. At the same time, new business have opened and there is potential movement on some empty properties, leaving some feeling optimistic.