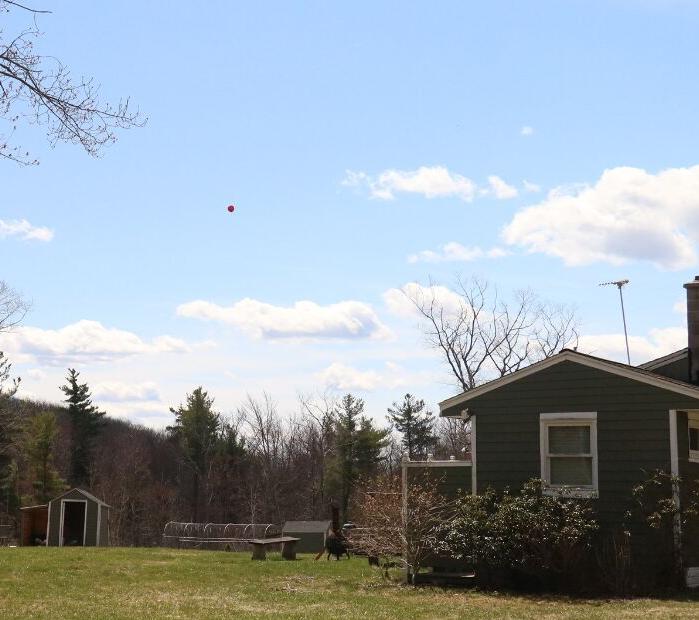 A test balloon can be seen to the left of center in his photo taken from Great Woods Road in Otis. The test was run April 14, at a height of 180 feet. The town is considering leasing a cell tower site to Verizon Wireless. 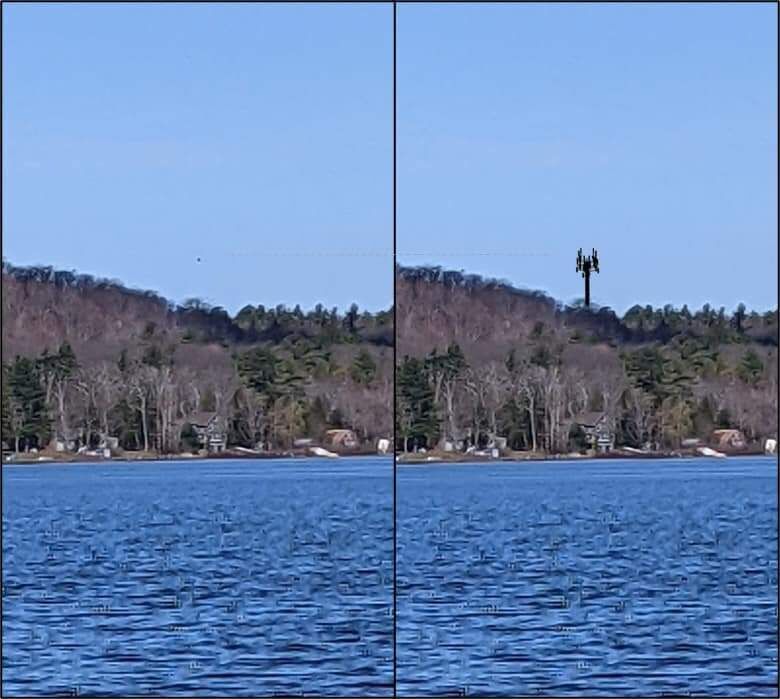 In this photo illustration, Mark Lamanna, of Otis, shows the April 14 balloon test of a proposed cell tower near Big Pond, left, and an image in which he superimposed a model of an actual tower to about the same height.

OTIS — More than 70 people piled on to a Zoom meeting this week to explore a topic that never really came up. Only the topic of the topic did.

And that spurred the Otis Select Board to schedule an “informational meeting” on a disputed cell tower proposal for the Big Pond area.

Though the tower was not on the board’s agenda Tuesday, many dozens tuned in, after an alert went out that the issue might be broached during discussion of the May 18 annual town meeting warrant. In recent meetings, residents have appealed to the board to devote a whole meeting to the question as a decision by the board draws near.

This year, Otis solicited proposals for a tower on town-owned land. Officials say they want to erase gaps in public safety communications by placing radio equipment on the structure. Residents of the Big Pond neighborhood counter that the tower would depress property values and mar the landscape.

Since the tower previously was on the board’s agenda, on April 12, Verizon Wireless performed a test at the site, floating a small red balloon over an access road near Churchill and Great Woods roads at a height of 180 feet.

In this photo illustration, Mark Lamanna, of Otis, shows the April 14 balloon test of a proposed cell tower near Big Pond, left, and an image …

Bill Hiller, the board’s chairman, polled the other two panel members Tuesday on their willingness to hear more views. He indicated that a decision could come at the board’s next regular meeting, May 11. 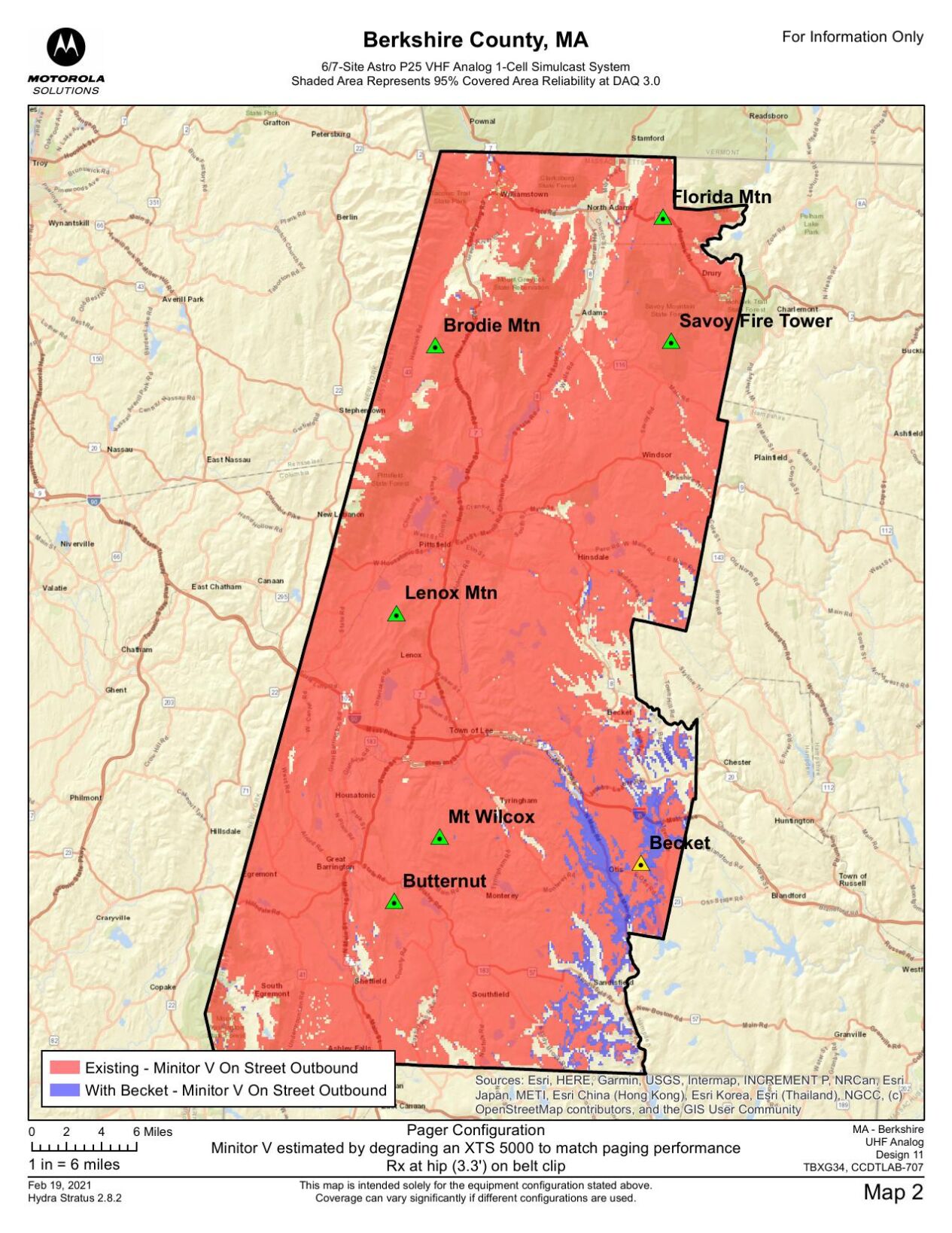 “What more can we discuss?” asked member Gary Thomas.

Hiller, whose term expires May 25, said he was willing to “let everyone speak. I’m willing to sit here and listen. We can put this thing to bed.”

A special Zoom session on the tower starts at 6 p.m. Tuesday. A link is on the town’s website.

Though not recognized to speak during the meeting this week, residents took to the chat function on Zoom to ask officials, in the case of Pam Henry, to “prove the need for the service.”

“You need to inform the public as to the information, testing, [and] need of this tower in this location,” Ann O’Donnell wrote.

Brandi Page, the Otis town administrator, said the board has received a radio communications coverage map from the Berkshire County Sheriff’s Office.

“That’s the bulk of the information we were waiting for,” she said.

She provided a copy of the map to The Eagle, and it is posted with online coverage.

Page said people can email her with questions about the tower. She said she will share those questions with the board before Tuesday’s meeting. She can be reached at TownAdmin@townofotisma.com.

This screenshot shows comments posted Tuesday during an Otis Select Board meeting on a Zoom platform.

Residents did manage to ask Tuesday why the town had yet not posted images from the April 14 balloon test. Hiller said they would be posted Wednesday. As of 2 p.m. Thursday, they were not on the town’s website.

Page said Building Inspector Larry Gould, who took the photos, was having trouble uploading the files to the town clerk, who handles posting. She expected them to be available soon.

After the test, Great Woods Road resident Mark Lamanna circulated images of the balloon test, including pictures taken from various locations around Big Pond. Lamanna also created photo illustrations that positioned small replicas of cell towers extending to about the same height as the proposed tower.