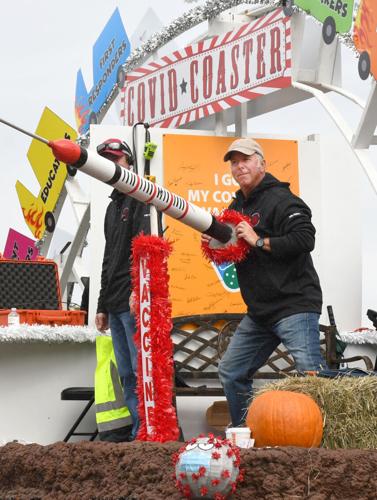 The 65th Fall Foliage Parade returned this year, after a having been cancelled in 2020 due to the coronavirus pandemic. 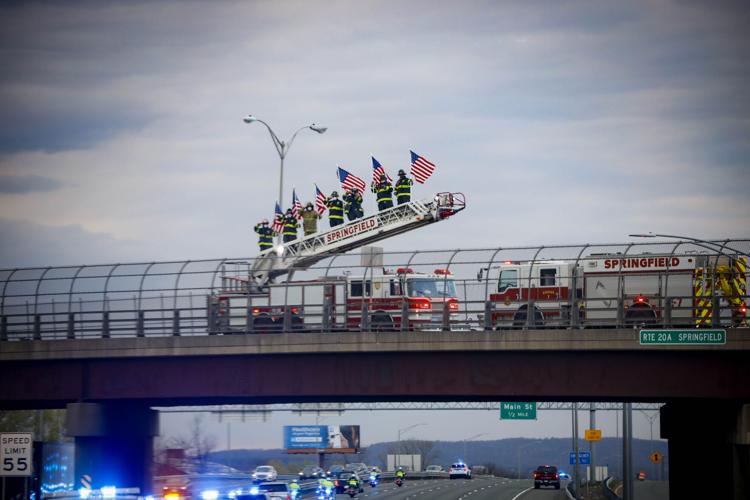 Firefighters and emergency personnel from all over Massachusetts gathered atop bridges, roadways, and overlooks on I-91 to honor the police procession escorting the casket of Capitol Police Officer William “Billy” Evans on its way to Adams, where he was buried. 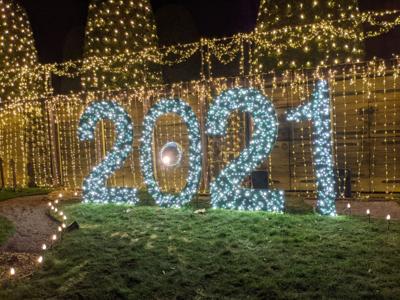 2021 was a busy year in the Berkshires. Amid an ongoing pandemic, we also saw the largest forest fire in Massachusetts in the last two decades. U.S. Capitol Police Officer William “Billy” Evans, a North Adams native, was killed in the line of duty in April. A dispute between West Stockbridge's businesses, restaurant Truc Orient Express and The Foundry theater drew national attention as celebrities waded into the fray. A Pittsfield nursing home was cited for abuse, business owners on North Street struggled to find a balance between optimism and frustration, and many area businesses struggled to remain open amid supply chain issues and labor shortages.

The news, however, was not all grim. After a year of pandemic shut downs, with many businesses closed or changed, schools closed and Berkshire workers staying home, this summer saw a loosening of restrictions. Rick Bua, the state's first confirmed case of COVID-19 by community spread received his vaccine. Berkshires shuttered cultural venues returned with in-person seasons and suspended traditions were enjoyed again.

Here's our countdown of the Top 5 most read stories published this year, based on page views:

Nothing captured more of the world's attention this year than Yo Yo Ma's impromptu performance at a COVID-19 vaccination appointment at Berkshire Community College in March. He turned the observation area into a special concert for workers and other patients, with a cello he couldn't leave in the car.

PITTSFIELD — After Yo-Yo Ma received his second jab of a COVID-19 vaccine at Berkshire Community College Saturday, he transformed his 15-minut…

2. What does the Farmer's Almanac predict for this coming winter? Don't wait to dig out the coats

The 10 year anniversary of Hurricane Irene was ushered in this August by Hurricane Henri. It was all hands on deck here in the Berkshires to meet a storm that, in the end, brought only a little rain. Other big news weather stories of the year included a July that never seemed to stop raining (and threatened local produce production), climbing summer temperatures, and a fall foliage season that seemed late and had the last laugh.

Our most clicked weather story of the year? A look ahead to the coming Berkshire winter, which the trusted Farmer's Almanac predicts will be long, cold and dry.

News of the passing of beloved entertainer David Grover was met with an outpouring of love and gratitude from family, colleagues and Berkshire residents, young and old, he had entertained during the course of his decades-long career in the Berkshires.

Three Berkshire County men were arrested in connection to the U.S. Capitol riot of Jan. 6, 2021. David Lester Ross was arraigned in January in D.C. Superior Court on charges of unlawful entry of the Capitol grounds and violating curfew.

5. Days Gone By: A look back at the Wyndhurst-Cranwell property from the Eagle's Archive

Stepping away from current events a bit, 10 of the top 100 pieces we published this year come from our photo archives. Readers were fascinated by our look back on the Hoosac Tunnel, the longest in-use railroad tunnel east of the Rocky Mountains, whose history of casualties gave it the nickname "The Bloody Pit." Also popular was a look back at the paper mills once prevalent throughout Berkshire County. None drove more interest, though, than our look back at the Wyndhurst-Cranwell property.

Days Gone By: A look back at the Wyndhurst-Cranwell property from the Eagle's Archive

John W. Sloane was no stranger to the Berkshires or Lenox when he and his wife, Adela Berry Sloane, built their Tudor-style cottage in 1894. H…