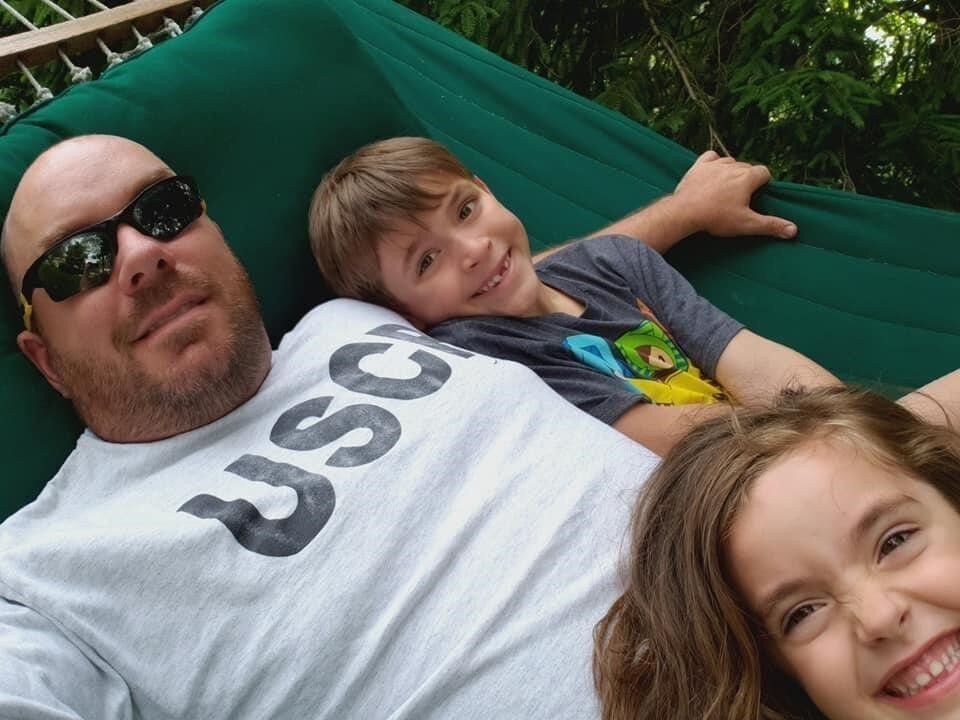 William “Billy” Evans, who grew up in North Adams and Clarksburg and graduated from Drury High School, was an 18-year veteran of the Capitol Police in Washington, D.C. 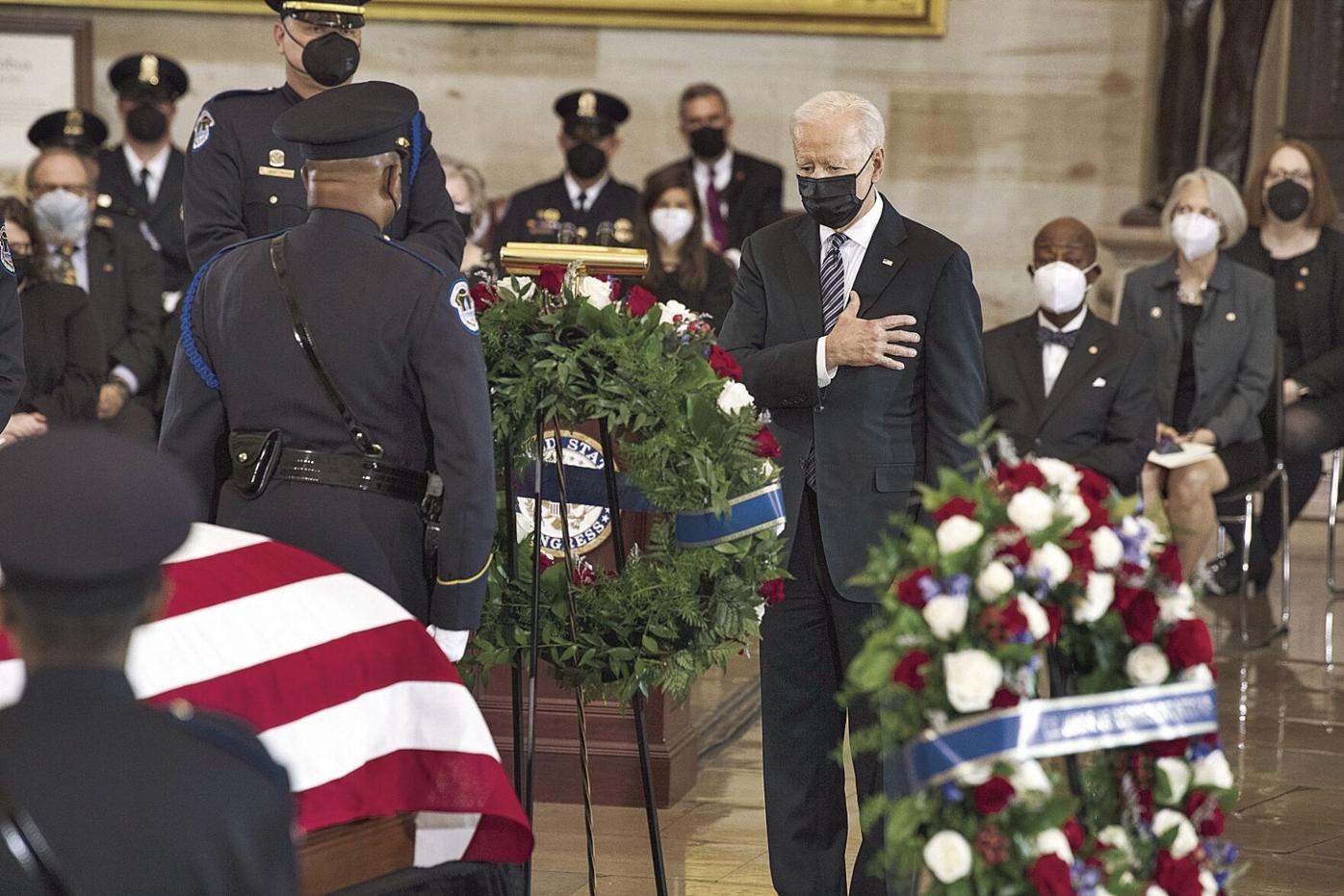 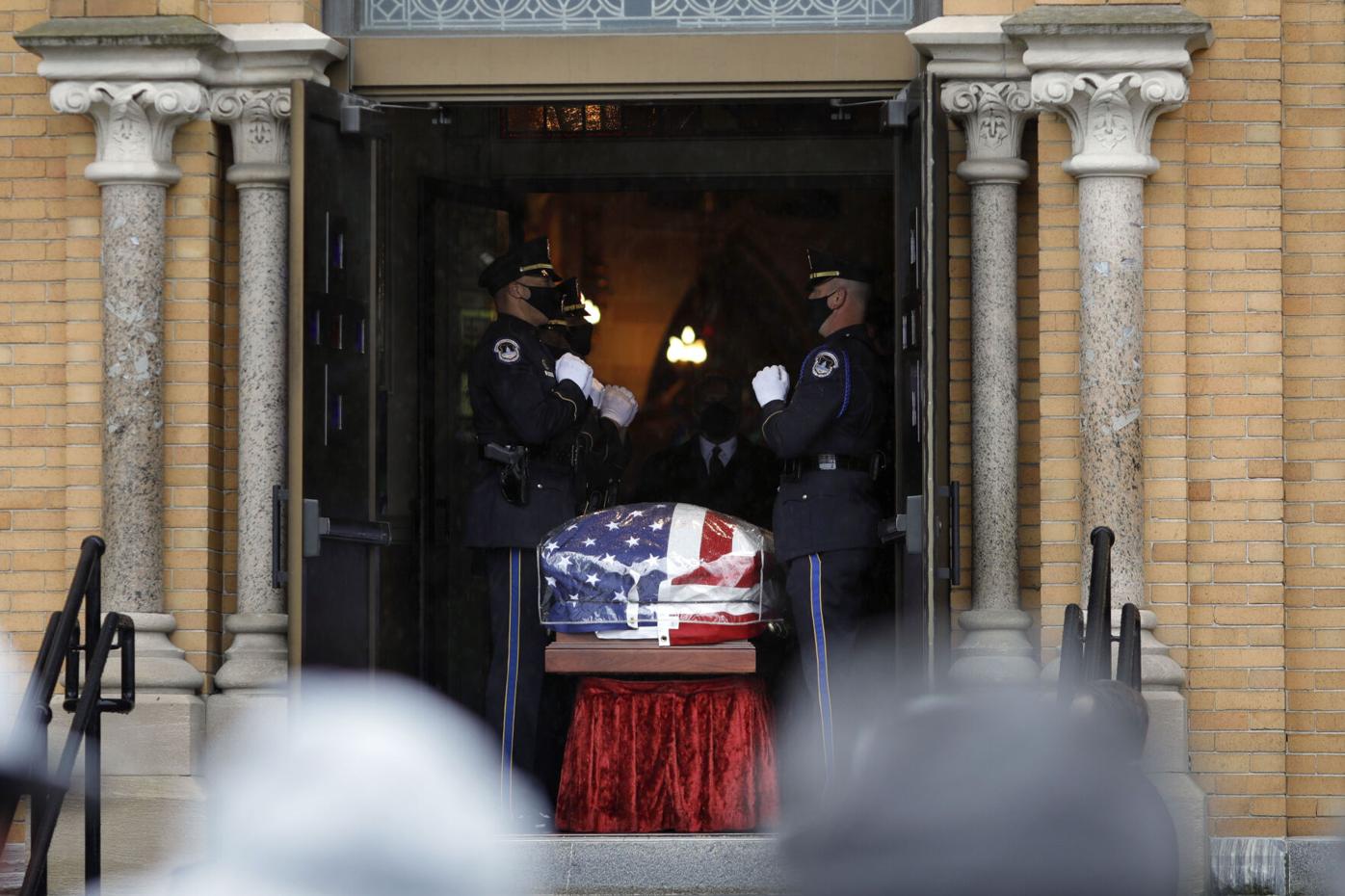 Capitol Police officers carry the casket of their fellow officer, the late William “Billy” Evans, into St. Stanislaus Kostka Church in Adams for his funeral April 15.

An online fundraiser has generated more than $330,000 in donations to benefit the children of Capitol Police Officer William “Billy” Evans, who was killed this year in the line of duty.

The money will be put into a trust in the name of Evans’ two children, Logan and Abigail, according to the GoFundMe campaign. It will be used to pay for their health, maintenance, comfort, support and education costs.

Evans, 41, who grew up in North Adams and Clarksburg and graduated from Drury High School, was struck and killed by a man who rammed his vehicle into two officers at a barricade outside the U.S. Capitol in Washington on April 2.

He was recognized for his sacrifice during a ceremony on April 13 at the Capitol Rotunda, where he lay in honor. The ceremony was attended by top government leaders, including President Joe Biden and members of Congress.

Lindsey Taylor, who organized the online campaign, wrote in an update last week that “Billy’s family is touched and humbled by the outpouring of love and support for Logan and Abigail. Through your incredible generosity, funds will be held in trust to benefit the children now and long into the future.”

Sorrow of Billy Evans' death hits home in Berkshires: 'We’ve lost one of our own, and he won’t be home again'

ADAMS — From the rainy street outside St. Stanislaus Kostka, onlookers could just make out t…

After the service at the Capitol, Evans’ body was brought to Adams, where a funeral service was held at St. Stanislaus Kostka Church on Summer Street. He was buried next to his father, Howard Evans, at Bellevue Cemetery.

Many of those who donated to the fundraiser also wrote tributes to Evans in the comment section on the GoFundMe page, offering prayers and thanking him for his service. Some even recalled their interactions with Evans at the Capitol.

Under the dome of the Capitol, in the building that Officer William Francis Evans once prote…

“I miss our daily interactions at the Capitol,” wrote William Steinhour. “He was always so friendly and always had a smile on his face. Love and respect to his family. RIP Billy.”

Emily Hampsten wrote that most of her mornings in Washington, D.C., began with a greeting from Evans at the north barricade to the Capitol.

“Always smiling. Always warm. Always kind,” she recalled. “My heart breaks for your unimaginable pain. You are in my prayers. And may Officer Evans rest in peace.”

Evans was an 18-year veteran of the Capitol Police. Outside of work, according to his obituary, he enjoyed bowling, baseball, tabletop games, and spending time with his wife, Shannon, and their two children, who often called him “Daddioski.”

“Billy was a great father and a hero to more than just Logan and Abigale,” wrote Scott L Wetzel, who also donated to the online campaign. “We miss seeing Shannon and the kids and love this family. God protect them and welcome Billy to a better place.”