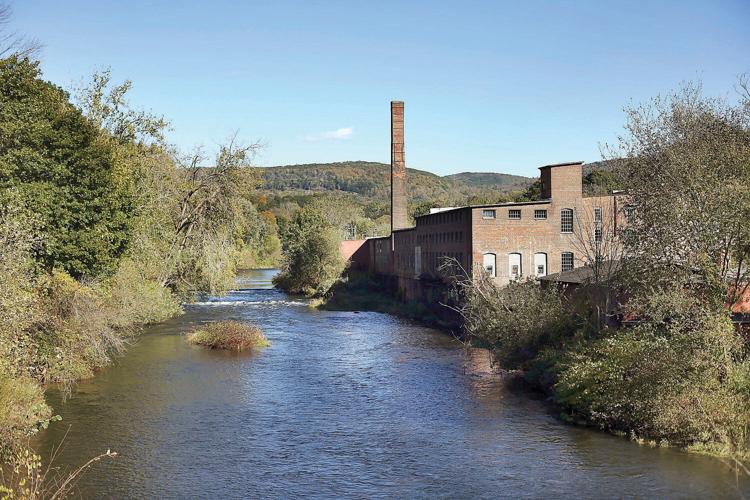 The Lee Planning Board has questions about a parking plan submitted in connection with redevelopment of the Eagle Mill. 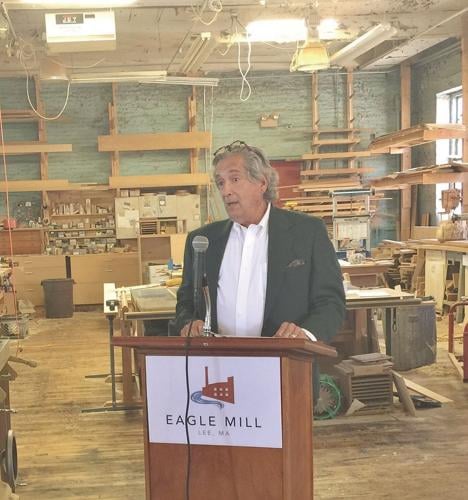 Developer Jeffrey Cohen of Eagle Mill Redevelopment has scaled back plans for the project to focus on housing. He said he hopes to begin work in 2021.

LEE — Hung up on the amount of necessary parking, the Planning Board on Monday night delayed for one week a vote on a major revision to redeveloping the dormant Eagle Mill.

"We haven't given up on the Eagle Mill being a gathering place, but we can't find tenants for [the marketplace] and we can't find the financing for it."

The five-member board unanimously agreed to continue the already two-hour public hearing to 6 p.m. Nov. 30. That night, members are expected to decide whether principal developer Jeffrey Cohen can increase the number of housing units by 50 percent and eliminate a marketplace for the estimated $60 million to $70 million project.

“I think we need to have time for town counsel to write our motion for the vote,” said board member Buck Donovan.

The board will be voting to issue a revised special permit and a revised site plan.

“We need a catch in [the motion] to address more parking,” added board Chairman Matthew Carlino.

The marketplace was erased from the project this year in favor of more housing, prompting the developer to include 174 on-site parking spaces — nearly half as many as first discussed. A secondary parking lot was being planned for property across West Center Street to accommodate the marketplace crowds.

“If parking isn’t adequate, I want some mechanism in place so it is adequate,” said board member Peter Bluhm.

While a hotel had been talked about across from the mill site, it wasn’t part of the original proposal submitted and approved by the town planners more than two years ago.

Cohen said the coronavirus pandemic forced him and the development team to rethink how much commercial space would be profitable. “We haven’t given up on the Eagle Mill being a gathering place, but we can’t find tenants for [the marketplace] and we can’t find the financing for it,” he said.

The lack of a Faneuil Hall-style commercial venture was a disappointment to some residents and town officials.

“It sounds like we’re headed in the right direction. While I’m disappointed in the decrease in commercial space, I’m glad it is still in there,” said Select Board member Patricia Carlino.

Former West Center Street resident Kathy Hall is ecstatic about the project, even in its changed form.

“I am absolutely flabbergasted how the project is developing,” said Hall, a retired teacher.

Cohen and his development team have submitted a revised site plan for a maximum of 122 affordable and market-rate apartments, up from 80 units, at the site of the mill, which closed in 2008. If the board approves, the revision would include an additional six condominiums along the Housatonic River.

The revision eliminates the marketplace component of the plan, instead converting the historic Eagle Mill building into housing. The Union Mill adjacent to the Eagle Mill also remains all for housing, with the redevelopment still showing a new apartment building planned for the east side of the property.

While also disappointed that the marketplace is off the drawing board, Cohen is confident about the project he wants to push forward and break ground a year from now.

“In the seven years since we began planning, we think we have a financially feasible site plan,” he said.

Phase 1 includes the Eagle and Union mills and the renovation of the 160-year-old machine shop that will be leased to The Marketplace, which has cafes in Sheffield and Great Barrington and operates a catering business.

Phase 2 calls for leveling the 1960s-style section of the factory on the east side of the property and erecting the new apartment building.

The final aspect of the project is a new, mixed-use building fronting the machine shop with commercial space on the first floor and approximately 24 apartments on the upper floor. Cohen says that commercial space could be a future marketplace, if one is financially viable.

Cohen and his development team say they need Planning Board approval by Jan. 1 if they are to break ground in the second half of 2021. The developer has several financial deadlines to meet going into next year to secure funding for the project.

Cohen says the Eagle Mill redevelopment already has landed $6.8 million in historic tax credits from the National Park Service and $1.5 million from the Massachusetts Historic Commission, with more awards possible. The park service and state commission have final say on how the historic buildings are renovated and the look of the new construction.