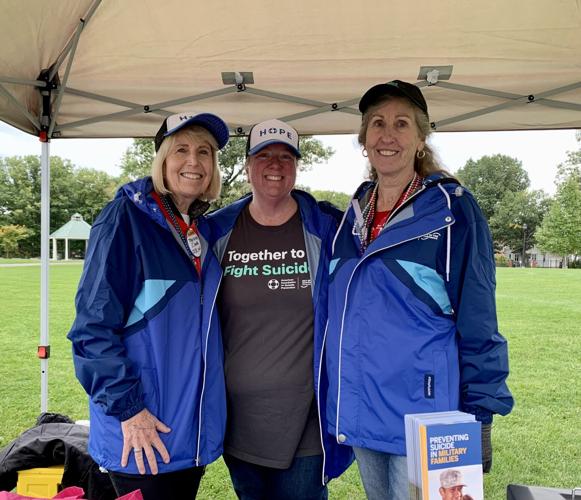 More than 177 turned out at the Out Of The Darkness Community Walk at the First Street Common Saturday. From left, Lee Watroba, walk co-chair and board member of the Berkshire Coalition for Suicide Prevention; Heather White, area director for the American Foundation for Suicide Prevention; Bertha Connelley, walk co-chair and coalition vice president. 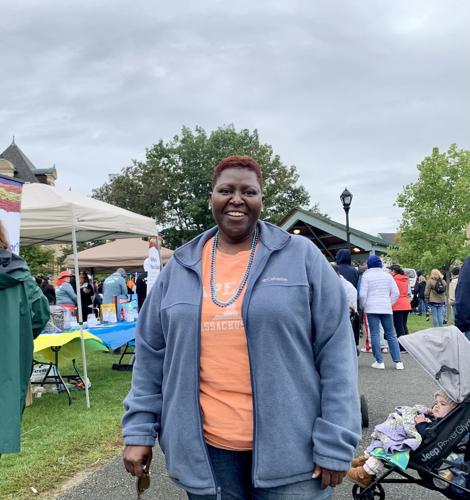 Cassandra Pugh participates in the Out of the Darkness Community Walk in Pittsfield Saturday. 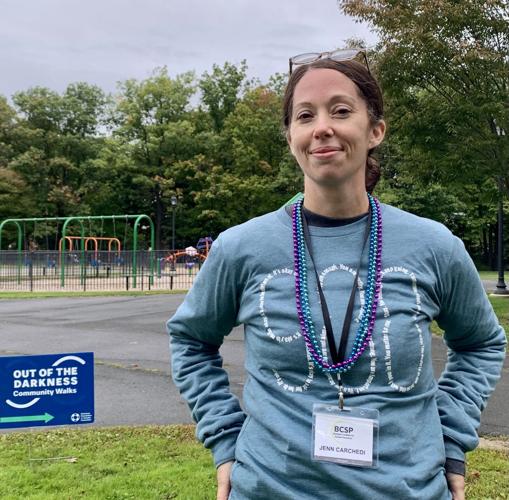 Jennifer Carchedi, Berkshire Coalition for Suicide Prevention volunteer, who lost her niece to suicide in 2020, participated in the walk. 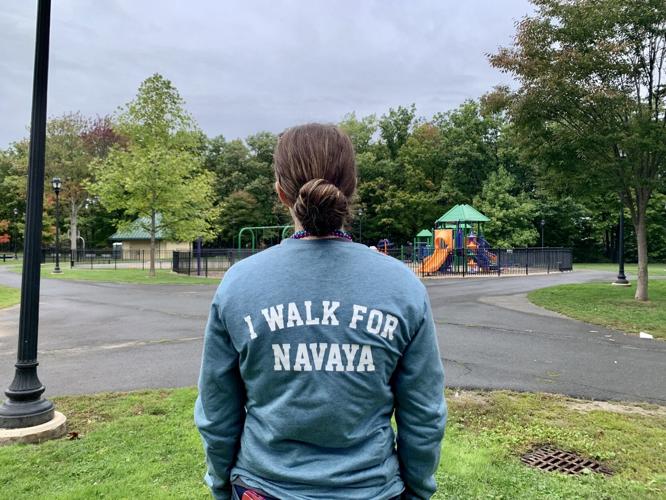 Jennifer Carchedi and other family and friends of Navaya Molina wear matching shirts bearing her name. 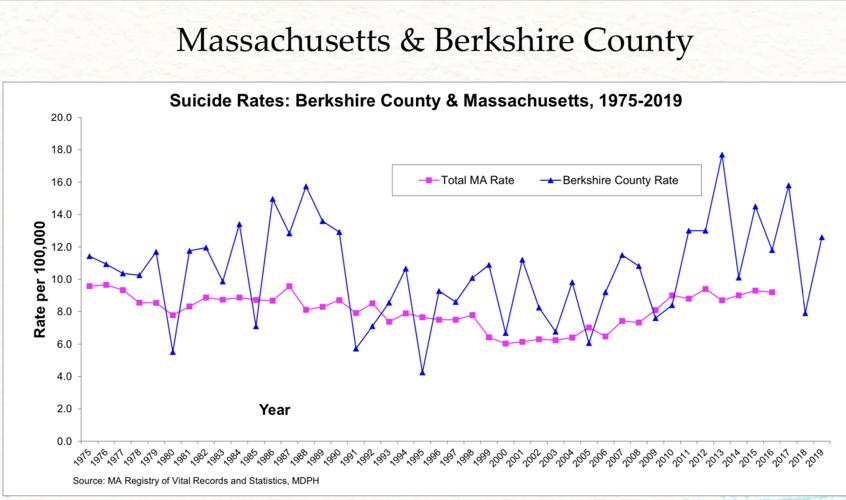 PITTSFIELD — Some suffer quietly, not knowing who to turn to or where to go.

“Not everyone has a listening ear,” said Jennifer Carchedi, a volunteer with Berkshire Coalition for Suicide Prevention, whose niece Navaya Molina died by suicide in 2020.

Carchedi was one of a large group of family and friends wearing shirts Saturday bearing Molina’s name during a fundraiser for suicide prevention and awareness held at The Common on First Street in Pittsfield.

More than 177 participants in the annual American Foundation for Suicide Prevention’s Out Of The Darkness Berkshire County community walk had raised $52,909 before their two-hour trek around the city. Organizers say more would be raised during the walk and in the days following.

The proceeds go to the foundation and help programs and education run by its affiliated Berkshire Coalition for Suicide Prevention.

A lifeline for those in crisis is now three digits away. What happens when you call 988 from Berkshire County?

Federal data released last week shows a 4 percent hike in suicide deaths in 2021 after the slight decrease over the previous two years, The Washington Post reported, citing data from the Centers for Disease Control and Prevention data. The increase brings the number of deaths close to 2018 numbers in which the problem hit a peak.

Berkshire County's suicide rate was higher than the rest of the state between 2011 and 2016, according to Massachusetts Department of Public Health Data.

The organization is working to bring the issue into the light so that people can more readily find help.

“She was quietly suffering,” said Carchedi, her aunt. “Hopefully more events like this will help people open up.”

Speakers lined up to remember fathers, mothers, brothers, sisters and children who took their lives. They wore beaded necklaces with different colors that symbolized how suicide has touched them.

Some wore many of them.

If you need help

Two 24/7 hotlines to call if you or someone you know is thinking about suicide:

For more resources and hotlines, go to berkshireoalition.org/resources

Connelley explained the complexity of openly grieving people who have taken their lives — particularly children. She started support groups to fill this gap.

“It’s a special kind of loss because it includes that ‘why’ and that feeling of guilt that includes ‘Why didn’t I know this? Why didn’t I do something about it?'” Connelley said.

It takes months for young people in the Berkshires to get mental health services. This group helps now

Lee Watroba, a coalition board member and past president, lost a cousin and knew a number of others who had died by suicide when she worked at a mental health treatment center.

Others do the fundraising by walking on their own, then show up to the event each year to lend support.

Cassandra Pugh of Pittsfield said she hasn’t lost anyone to suicide, but knows a lot of people who have attempted it.

She came to join in the walk, but is way ahead.

To break down suicide stigma, this Massachusetts police officer is walking from the Berkshires to Cape Cod

Douglas Kingsley, a police officer in Sherborn, set out on foot from Egremont on Wednesday morning. He'll trek to Cape Cod to raise awareness for the high rate of suicide among first responders.