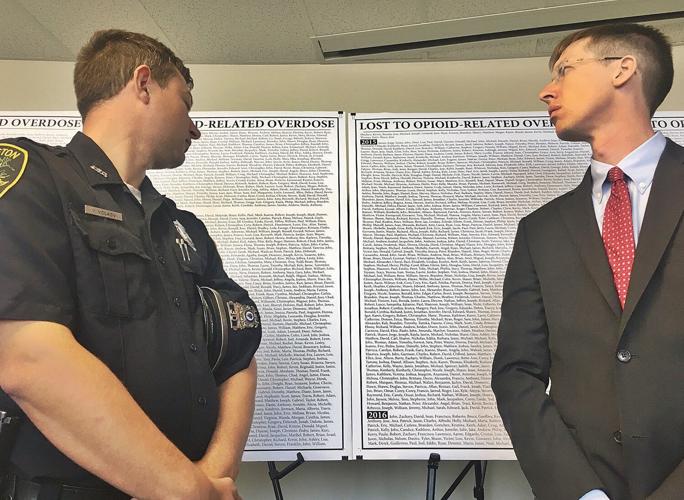 Six posters bearing the first names of the 11,169 people in Massachusetts who died of opioid overdoses from 2008 to 2017 are displayed in Massachusetts Attorney General Maura Healey’s office as she announces a lawsuit against Purdue Pharma. 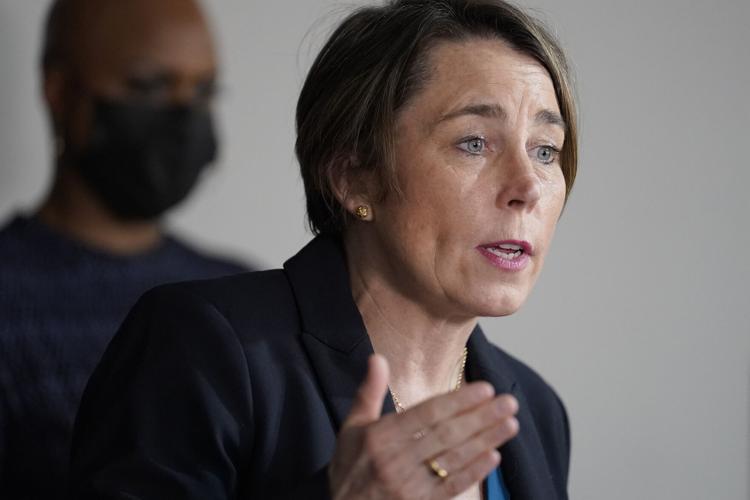 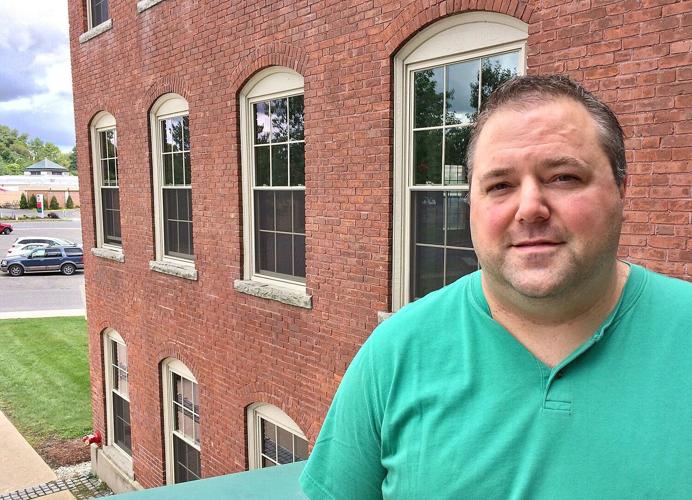 Gary Pratt, program director of Rural Recovery Resources in Great Barrington, is a plaintiff in the Sackler family settlement. 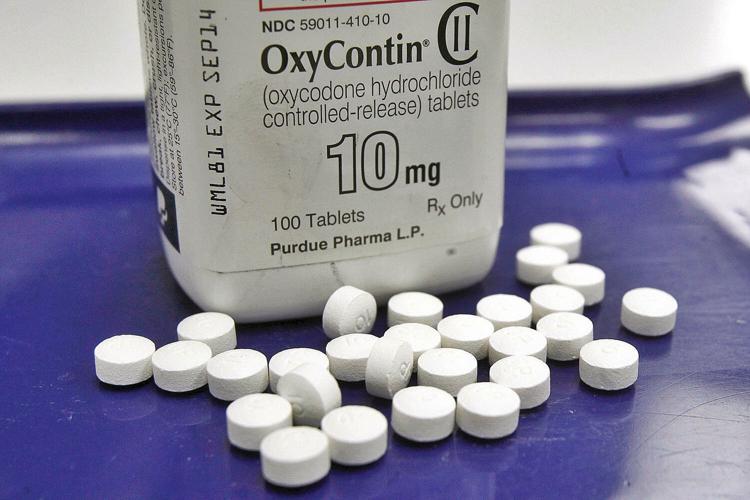 The settlements will come from a much-negotiated, much-criticized bankruptcy plan that requires the Sackler family to pay out $4.325 billion over the next nine years, with no admission of wrongdoing, and with immunity from future suits. 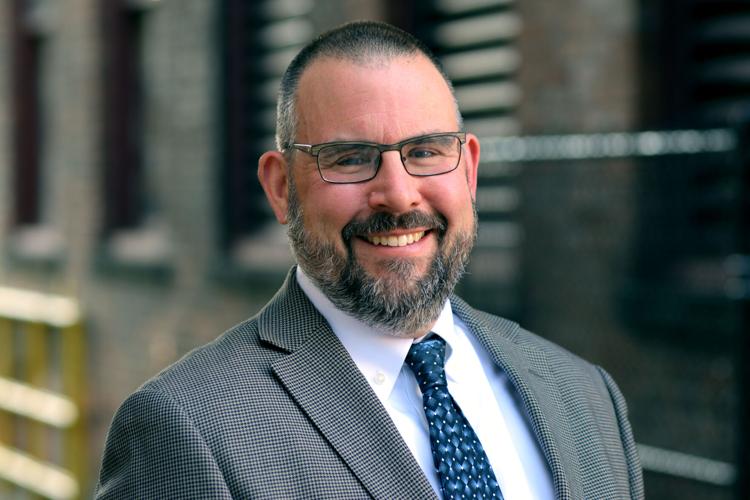 The court document scrolls on the screen like an eternal list of sorrow. The plaintiffs include Flint, Mich., the Navajo Nation, Nantucket, the cities of Holyoke, Fall River and Northampton, Her Majesty The Queen In Right of The Province of British Columbia, and the Stockbridge-Munsee Community Band of Mohican Indians, whose people now are in Wisconsin.

It also includes the cities of North Adams and Pittsfield among the other entities and communities ravaged by the opioid crisis and entitled to settlements from the Sackler family, founders and owners of OxyContin-maker Purdue Pharma. And it includes people like Gary Pratt, a Sheffield man who says he lost years of his life because of a painkiller that was marketed as “nonaddictive” and approved by the Food and Drug Administration. 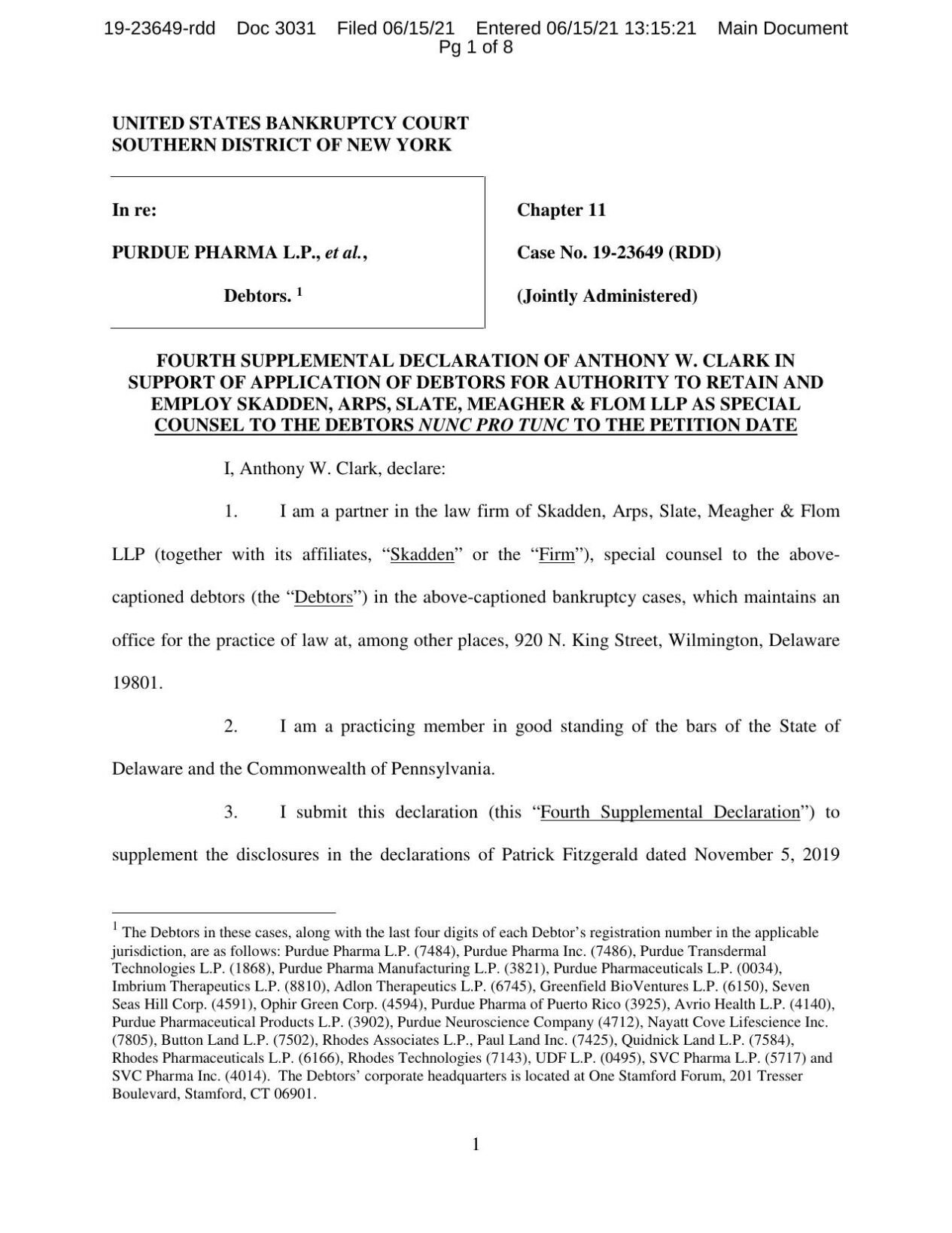 The 130-page document speaks to the vast ruination of lives, of warlike devastation. Yet, what is coming to the more than 3,000 plaintiffs can’t make up for what has been lost in an epidemic that has killed almost half a million Americans in the past two decades, and more than 300 Berkshire County residents from 2010 through 2020, according to the Massachusetts Department of Public Health.

“There’s no dollar amount that is recompense for any life, but understanding that there is accountability is important, and I hope will bring a measure of peace to people,” said North Adams Mayor Thomas Bernard.

"There’s no dollar amount that is recompense for any life, but understanding that there is accountability is important, and I hope will bring a measure of peace to people"

Bernard said he has no idea how much money will come to the city when the multibillion-dollar payouts are made from the Sackler family’s cash and assets. He explained that the city joined the class-action suit after attorneys for other plaintiffs contacted him in 2018. In June, the city received an email from the attorneys, recommending that the city accept terms of the settlement and asking Bernard if it was on board. Bernard said yes.

Like all the plaintiffs who agreed to the settlement, the city will pump this money into programs and services that address addiction and treatment. The state’s Opioid Recovery and Remediation Fund Advisory Council will help steer use of the money. Pittsfield’s Department of Health director, Gina Armstrong, is on the council.

In Pittsfield, Mayor Linda Tyer’s office referred questions to City Solicitor Stephen Pagnotta, who said he can’t answer to what specific programs the money will fund, or how much is coming, since “the details are still foggy.” But, he said whatever it is won’t be enough.

“I think it’s fair to say that any of the municipalities, including Pittsfield, are unlikely to get fully compensated for the costs, direct and indirect, incurred as a result of the opioid epidemic,” Pagnotta said. Like North Adams, Pittsfield signed on to the class-action suit in January 2018, he added.

Tyer said in 2018 that there was no cost to joining the suit, and that attorneys will get 25 percent of settlement proceeds.

The settlements will come from a much-negotiated, much-criticized bankruptcy plan that requires the Sackler family to pay out $4.325 billion over the next nine years, with no admission of wrongdoing, and with immunity from future suits. Other fruits include the reorganization of Purdue into an entity that helps combat the opioid crisis, the unsealing of millions of internal documents, and the Sacklers giving up the family’s many trusts.

The restructuring stems from a lawsuit filed by Massachusetts Attorney General Maura Healey and 23 other state attorneys general over the influence of the company’s aggressive marketing of its narcotic painkiller and an ongoing national crisis.

In a July 8 statement, Healey said the action has forced corporate malfeasance into the light.

“While I know this resolution does not bring back loved ones or undo the evil of what the Sacklers did, forcing them to turn over their secrets by providing all the documents, forcing them to repay billions, forcing the Sacklers out of the opioid business, and shutting down Purdue will help stop anything like this from ever happening again. This case has also shown us that our legal system needs to change so that billionaires are never allowed to manipulate the bankruptcy system.”

The epidemic raged further during the coronavirus pandemic. In 2020, overdose deaths increased by about 30 percent nationwide, and rose 44 percent in the Berkshires — the highest level on record, according to DPH data. North Adams saw the highest increase in the county.

Bernard said the availability of federal stimulus cash during the pandemic might have helped fuel the crisis for people who were isolated and locked down. He said he signed on to this settlement deal knowing the direct relationship between OxyContin prescriptions and opioid abuse.

“For many people, the path to deeper substance use and misuse came through prescriptions and over-prescriptions, [through] the actions of the companies and their marketing arms,” he said.

It turns out that the FDA was one: A year after an FDA examiner oversaw the approval of OxyContin, he received a $400,000 job at Purdue, according to the book “Empire of Pain: The Secret History of the Sackler Dynasty.”

Pratt, who filed a claim against Purdue for $5 million, says he doesn’t expect to see a dime of it, but he lodged his claim out of principle. He is disillusioned by a system that shields corporations and their actors, he added.

“I feel disappointed and angry that drug dealers in lab coats get to pay a fine, yet, people that sell drugs on the street go to jail, and the Sackler family will never be held criminally responsible,” said Pratt, who is a substance abuse counselor and who founded Rural Recovery Resources in Great Barrington.

“The settlement — it’s a drop in the ocean compared to the fortune they’ve made.”

Berkshire communities will share $4.5 million from an opioid settlement. Now they are figuring out how to spend it

Berkshire County will get a estimated $4.5 million over the next 16 years from a settlement with Johnson & Johnson and opioid distributors.