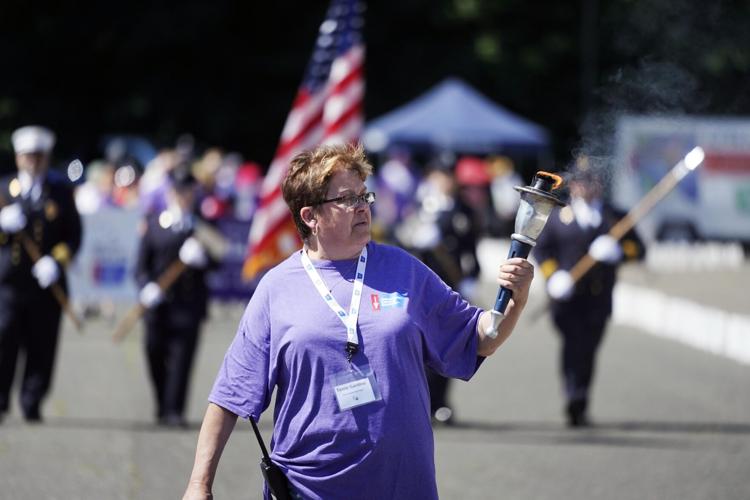 Terrie Gardino , a 16 year cancer survivor, proudly holds the relay torch at the beginning of the Relay for Life of Berkshire County, an annual fundraiser of the American Cancer Society, on the grounds of Guardian Life in Pittsfield. 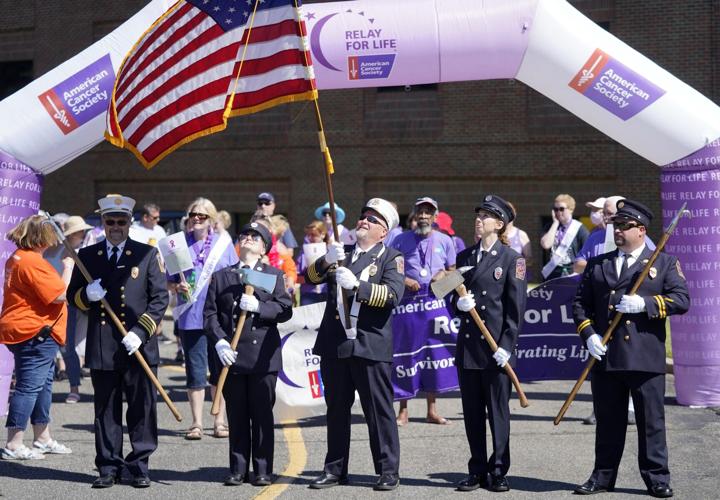 Otis Fire Chief Richard Phair held the flag for the first lap of the Relay For Life in Pittsfield. 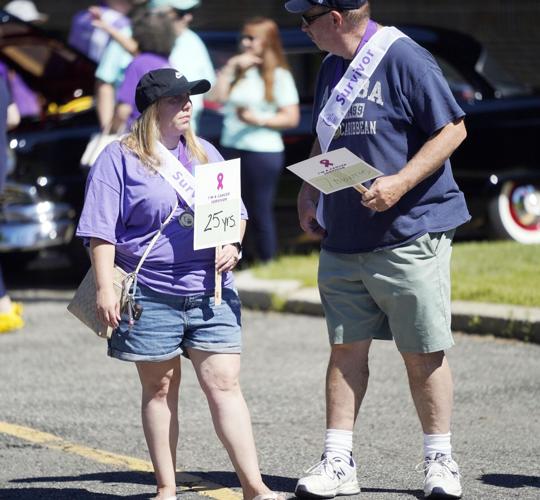 25-year cancer survivor Melissa Matarazzo talks with her father Albert Adams at the Relay For Life of Berkshire County, an annual fundraiser of the American Cancer Society, on the grounds of Guardian Life in Pittsfield. 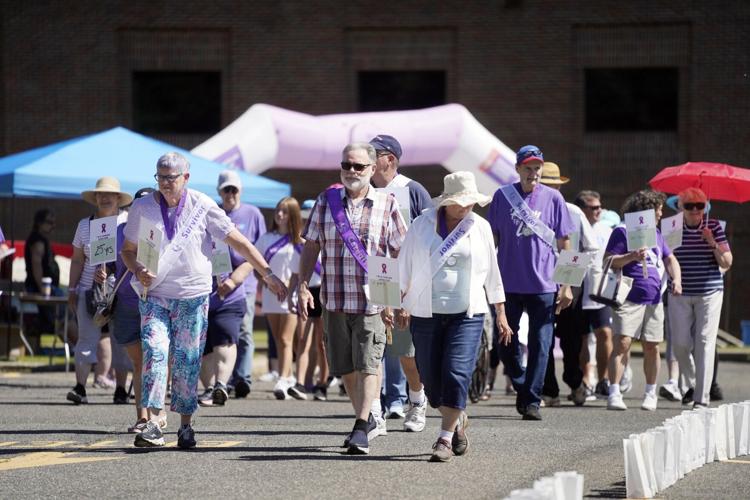 “I was told that I wouldn’t be able to have children. I have a 9-year-old girl; [she] keeps me on my toes.” Melissa Matarazzo, 38, of Pittsfield.

A painted lighthouse adorns it; he loved the beach.

Doris said Andy began connecting with his departed relatives in the weeks before he died. His had a nine-year struggle with cancer.

Then Doris Maguire felt the sensation she was being hugged strongly from behind.

“He was a big guy,” she said of her husband.

The Maguire family and others touched by cancer gathered Saturday at the annual Relay For Life of Berkshire County event on the grounds of Guardian Life Insurance Co.

Organizers dedicated the event to Andy Maguire, who died in January at age 60.

Cancer survivors and families walked their laps and stopped to tell stories of heartache and suffering.

They speak of a closeness with death that connects them more deeply to life. They are grateful for every minute; they never forget.

This year’s theme song set off the sun-baked event: Rare Earth’s “I Just Want To Celebrate.”

“Another day of living ... “ the song continues.

Some survive, then defy expectations.

“I was told that I wouldn’t be able to have children,” said Melissa Matarazzo, 38, of Pittsfield. “I have a 9-year-old girl; [she] keeps me on my toes.”

Doctors diagnosed Matarazzo with leukemia when she was 13. It meant many trips to Boston for a grueling treatment schedule.

“It was rough,” said Matarazzo, who is office manager for the City of Pittsfield’s Building Department. She now volunteers as a “guinea pig” for researchers to test the longterm effects of childhood cancer treatment.

Her father Albert Adams is just as much a survivor.

“It was very emotional to see her struggle,” he said.

Now he is on that road himself. He was diagnosed with cancer in September and had radiation treatment.

The relay’s torchbearer and co-organizer Terrie Gardino went through it 15 years ago. Her son lit the fire.

“It’s a blessing that I’m still here,” said Gardino, 61. Every day she is thankful for life.

There are remnants; fatigue stemming from the radiation treatments.

Her husband, event leader Ray Gardino, chokes up when he starts to talk about imagining life without her.

“That’s the Italian in me,” he says of his emotion.

He says that after sundown, the event will turn solemn as they light the luminaries that light the ground. Each one has a name, representing someone affected by cancer, or who has died.

Then the living will take a silent candlelit lap of remembrance.

The only sound will be the bagpipes, courtesy of the Berkshire Highlanders.

'I'm on the right side of the dirt:' Love, luck and living with cancer at the Relay for Life

Dalzell was 23 and working with animals — it was her dream job — when a “beautiful bull terrier” kicked her in the stomach. Dalzell went to a hospital with a sharp pain, and the doctors found a mass.

“I had zero symptoms,” she said. “The whole story is pretty amazing.”