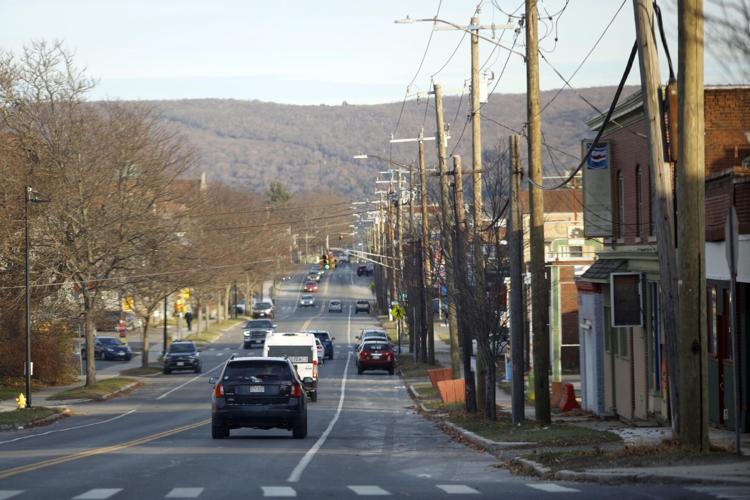 Pittsfield is receiving $3 million from the Baker-Polito administration to support streetscape improvements to Tyler Street, a heavily trafficked, two-lane road. 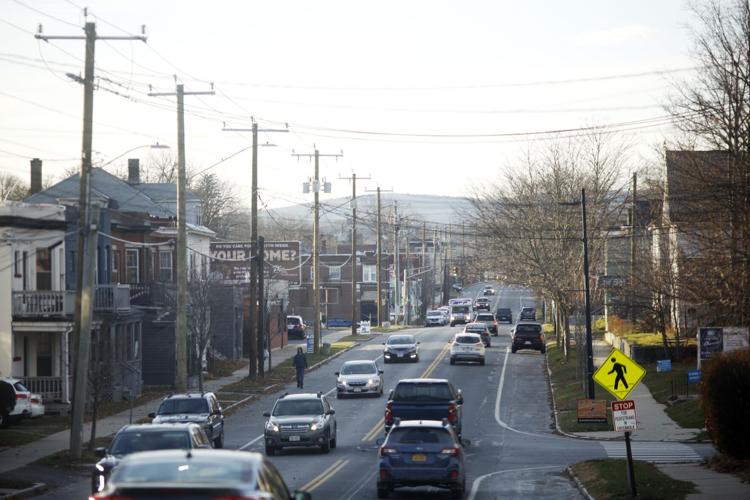 Tyler Street is going to get a facelift. The state recently awarded the city of Pittsfield $3 million to use upgrading the streetscapes on and along the heavily trafficked road.

Pittsfield is receiving $3 million from the Baker-Polito administration to support streetscape improvements to Tyler Street, a heavily trafficked, two-lane road.

Tyler Street is going to get a facelift. The state recently awarded the city of Pittsfield $3 million to use upgrading the streetscapes on and along the heavily trafficked road.

PITTSFIELD — Pittsfield’s long-awaited plans to give Tyler Street a makeover are set to receive money from the Baker-Polito administration.

The administration on Thursday announced $68 million in MassWorks money for infrastructure projects, which will be used for 36 projects to support new housing, economic development and to enhance road safety in communities across the state, according to a release.

There will be upgrades to sidewalks, crosswalks and lighting to help stimulate extensive economic and resident investment, which includes new and reuse developments, according to the release.

“We’ve been working on this project for a while now, and this will help bring it to completion,” said Ricardo Morales, Pittsfield’s Commissioner of Public Utilities. “This is great news for the city.”

Pittsfield started planning improvements to Tyler Street in 2014 and was one of 10 areas chosen by the Transformative Development Initiative created by MassDevelopment. The vision for Tyler Street involved the creation of a thriving residential neighborhood where day-to-day needs can be met within walking distance at locally owned stores.

“This news is validation of the work over the last six years,” Pittsfield City Planner C.J. Hoss said Thursday. “It validates the short-term and long-term impact on Tyler Street with positive change.”

Design and permitting efforts for both bridges was funded by a previous MassWorks grant, along with other state money.

“This is going to make it safer for everyone,” Hoss said. “[Tyler Street] has a long straightaway and vehicles can get going quick, which shouldn’t be coupled with a lot of people and students traveling to and from Morningside Elementary. There are a whole host of reasons why this is positive for safety, and it will have overall economic benefits in both the short and long term.”

There will be a complete overhaul to the entire street, according to Hoss. While there will be a deeper focus on people taking all types of transportation, on-street parking will remain.

“There aren’t the public lots you see downtown,” Hoss said. “We know people rely on that parking, and it is very important.”

“The City of Pittsfield is pleased to have the support and commitment of the Baker-Polito Administration toward this important and transformational initiative in our community. The Tyler Street Streetscape and Roundabout project reflects a longstanding and concerted effort by many in the Morningside neighborhood,” Pittsfield Mayor Linda Tyer said in the release.

“As one of the first designated TDI districts in the Commonwealth, we are deeply grateful to MassDevelopment for its continuous support through the years in helping to foster and implement our vision for this critical neighborhood corridor in our city. Thank you for believing in us and our future.”

The administration prioritized projects that are in an advanced stage of planning, design and permitting.

“MassWorks provides essential funding to cities and towns for infrastructure projects that spur housing production, create jobs and attract private investment, which are particularly important during our economic recovery,” Gov. Charlie Baker said in the release. “We are grateful for our partnerships, both with the Legislature and with local officials, that make these investments possible, and we look forward to continued collaboration to support Massachusetts’ economy.”

The city is conducting one-on-one outreach with business and property owners to communicate what the plan is, according to Hoss.

Construction is scheduled to begin next summer.