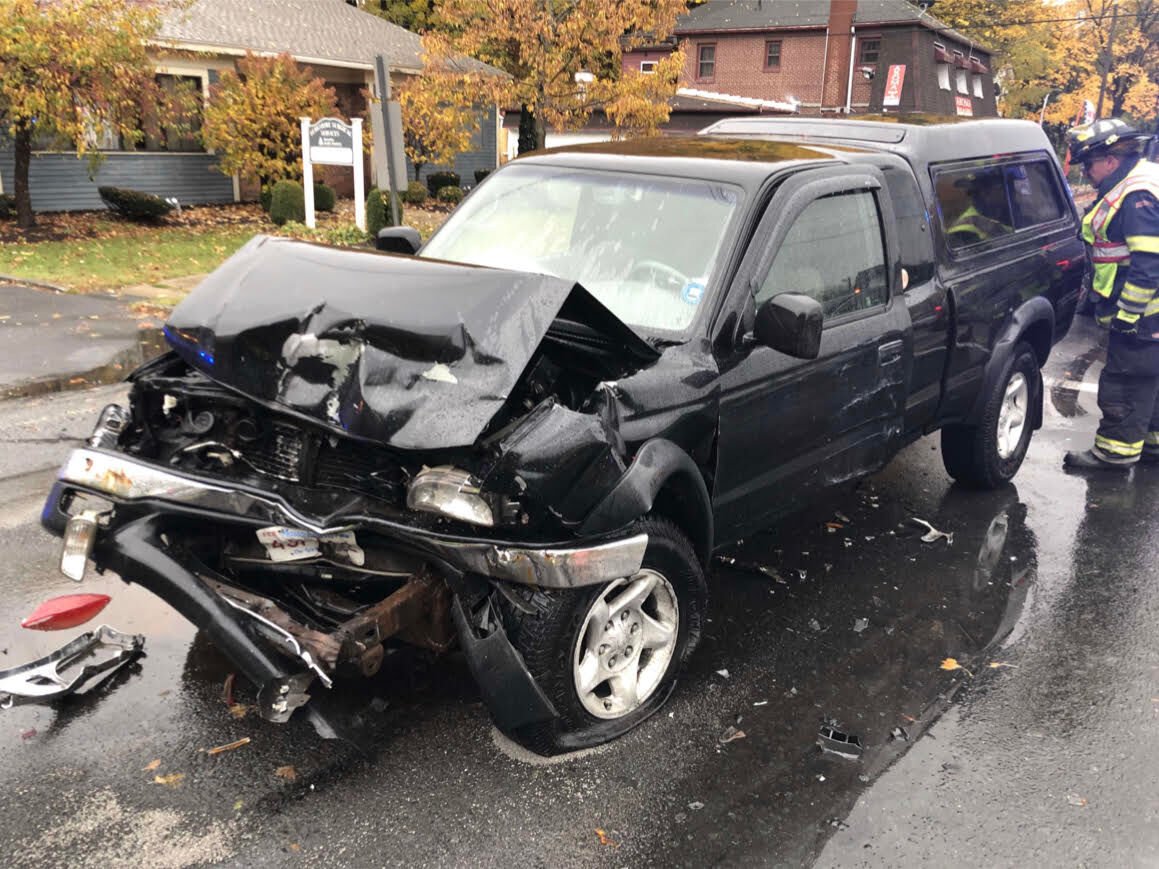 David Ruddy's truck after the 2019 crash in which he struck John Wiltshire, who says he suffered lasting injuries. Police say Ruddy was high from inhaling canned air fumes, but they don't have enough evidence to prosecute him on an OUI drug charge. 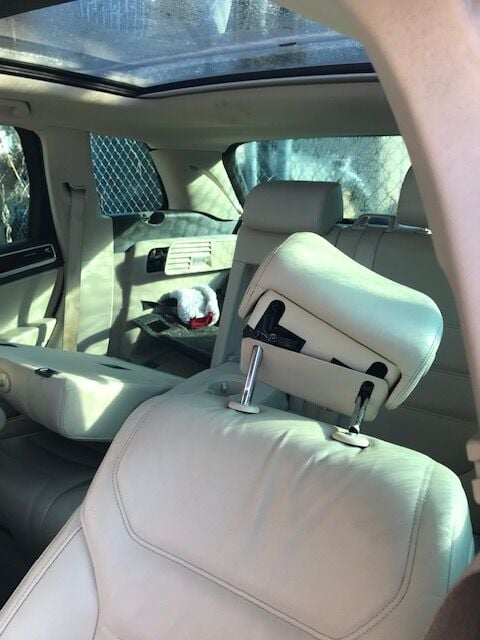 John Wiltshire says the force of the crash broke his headrest, and gave him a brain injury and lasting neurological problems.

GREAT BARRINGTON — Police say a town man was high from inhaling from a can of computer duster when he crashed his pickup truck into another vehicle, causing what the other driver says are lasting injuries.

There isn’t enough evidence to prove it in court, pointing to the larger challenge of keeping drugged drivers off roads.

Prosecutors on April 1 dropped an operating-under-the-influence-of-a-drug charge against David Ruddy, 37, citing a lack of sufficient evidence, according to Berkshire District Attorney’s Office public information officer Andrew McKeever. Police also had charged Ruddy with negligent driving in the Oct. 27, 2019, accident, for which he received six months’ probation, according to court records. At the time of the crash, he was on probation for a domestic assault.

Ruddy rear-ended an SUV driven by John Wiltshire, of Sheffield, as he waited at the light in front of the police station on Route 7. Station surveillance video shows Ruddy’s truck plowing into Wiltshire’s vehicle and pushing it approximately 50 feet forward, into the intersection.

Police say Ruddy made no effort to slow or stop; the force of the crash broke Wiltshire’s headrest and resulted in injuries that include brain damage that has led to memory and other problems, according to Wiltshire.

Responders took Ruddy to a hospital; the severity of his injuries was not made public.

After the crash, police say, a can of Staples Computer Duster fell out of Ruddy’s truck; inside, a bag with five more cans sat on the passenger seat.

Wiltshire, who said he is preparing a civil lawsuit against Ruddy, is frustrated by the dropped charge.

“It made me angry,” Wiltshire said. “I might have had my children in the back seat, and they could have been killed.”

Without rapid, specific tests for marijuana and other drugs, or metrics akin to those for alcohol, it is hard to prove in court that a driver was stoned or under the influence.

“We can suspect it, but if we can’t prove it, it’s just a waste of the court’s time and energy,” he added. “Sometimes we win them and sometimes we don’t.”

There is one thing that can help, and even it isn’t foolproof.

Storti said legalization of pot in the state prompted his department, under former Police Chief William Walsh, to send Officer Christopher Peebles to train as a Drug Recognition Expert officer. The training teaches a 12-step protocol that involves observations, blood pressure, pulse and pupil tests. It ends with blood and urine analysis.

Last year, the department also had written a proposal to the town to ask for some of the community impact fees from pot stores to pay for another officer’s training. Town officials declined, Storti said.

Yet, testimony from Drug Recognition Expert officers won’t necessarily make a case airtight, since several studies have debunked the 12-step evaluation procedures as unscientific and unreliable.

In 2019, a Berkshire County judge considered those studies, in part, when she tossed testimony from the county’s first DRE officer in an OUI drug case.

Other studies indicate reliability if a DRE is well-trained, and Gov. Charlie Baker, for instance has tried to boost the number of DRE officers statewide.

Others see a threat. The American Civil Liberties Union and defense attorneys raise concerns about convicting the innocent using a protocol with questionable reliability, even if all 12 steps are completed.

“Any time an expert testifies in court, juries and judges tend to give that expert a lot of credence and authority,” said Joseph Zlatnik, a Pittsfield attorney who represented the defendant in that 2019 Berkshire case in which the judge threw out the drug expert testimony.

Zlatnik explained that the final evaluation step involving blood and urine samples is most important, and that the DRE officer did not perform those with his client.

In the Ruddy case, Great Barrington Officer Samuel Stolzar’s report says he and another officer immediately were on the scene outside the police station. Stolzar said that Ruddy’s behavior was consistent with inhaling gas from canned dusters.

He formed the opinion based on a number of factors, including Ruddy’s short-lived disorientation, witnesses who said Ruddy was semiconscious and Ruddy’s quick return to coherence, since the high from “huffing” compressed air fumes — it’s a dangerous practice — is short-lived.

GREAT BARRINGTON — A town man is facing charges after police say he rear-ended an SUV with his pickup truck while disoriented from inhaling canned air, causing the other driver to suffer …