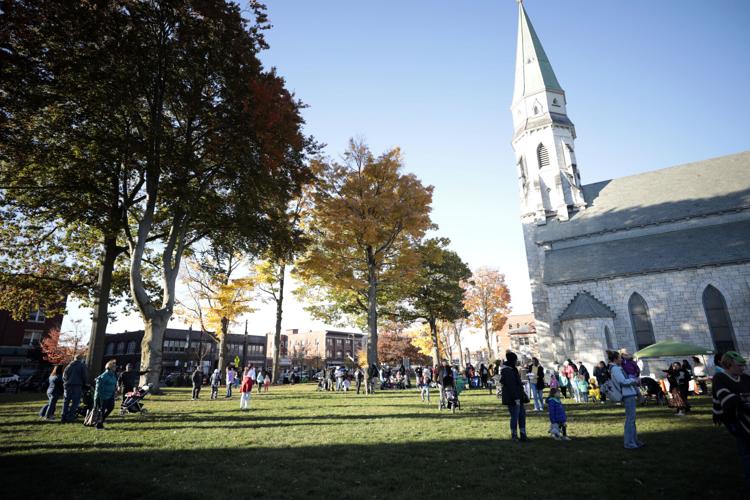 A new allegation of child sexual abuse against the late Rev. Thomas J. O'Connor has been found credible by the Roman Catholic Diocese of Springfield. O'Connor served the St. Joseph Parish, pictured here, from 1965 to 1969. In all, he spent 15 years in parishes in the Berkshires before his death in 1987. 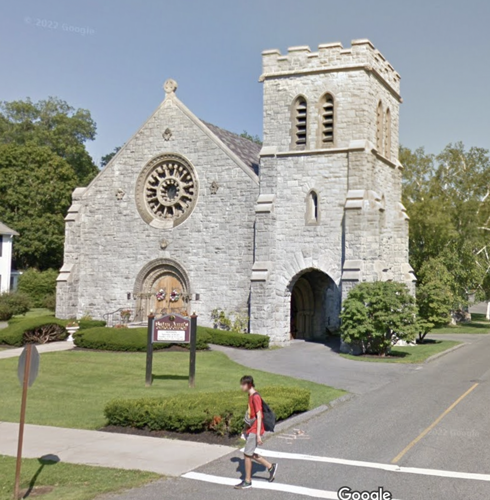 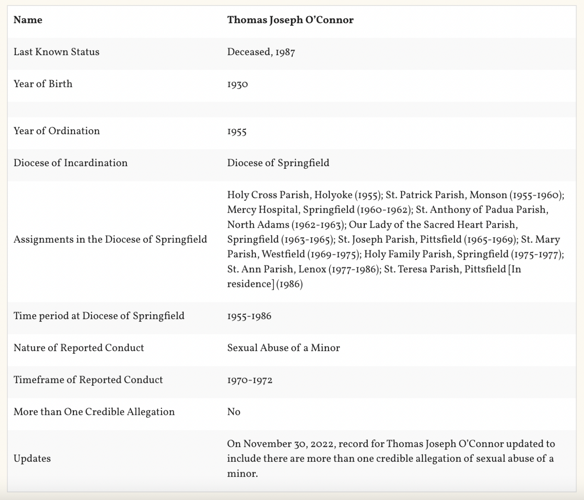 This is the summary for the late Rev. Thomas J. O'Connor on the Springfield diocese's online list of credibly accused clergy.

Years after his death in 1987, at 56, the Springfield diocese evaluated – and found credible – an allegation that he had sexually abused a minor.

This week, the diocese revealed it found a second allegation, from a different person, to also be credible.

As of Wednesday, O’Connor’s entry on the diocese’s list of credibly accused clergy notes that second confirmed allegation of sexual abuse of a minor.

Like many priests, O’Connor was assigned to parishes around the region. His postings in Berkshire County, after his 1955 ordination by former Bishop Christoper J. Weldon, included a year at the St. Anthony of Padua Parish in North Adams (1962-1963), roughly four years at the St. Joseph Parish in Pittsfield (1965-1969), and nine years at St. Ann Parish in Lenox (1977-1986).

Like O'Connor, the 25-year-old priest he ordained in 1955, an allegation of sexual abuse would be brought against Weldon following his death. It was also found by an outside judge, and then the diocese, to be credible.

The updated listing for O’Connor was the only change reported by the diocese to the list of credibly accused staff in the past three months.

In 2021, the diocese changed its policy to include priests who had died before abuse allegations were made.

“An allegation being found credible does not mean a finding of guilt,” the diocese said in a statement Wednesday. “Because he was deceased when the allegation was brought forward, Father O’Connor was unable to respond to this allegation.”

“Nonetheless, the Review Board carefully reviewed this [new] allegation, including a report issued by the diocesan investigative team, and found this allegation to be credible,” the statement said.