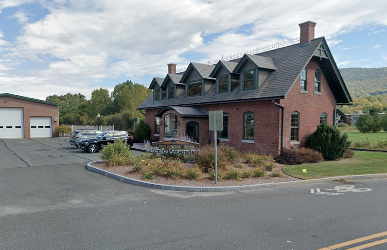 The former home of Burke Construction could become a cannabis cultivation and retail outlet. The Adams Zoning Board of Appeals granted a variance needed for the effort planned by New Train LLC, a company owned by two Cheshire residents. 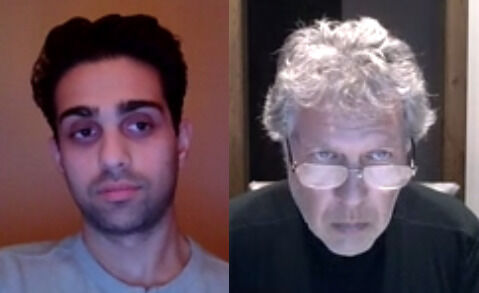 Ian Purkayastha, left, is a co-owner of New Train LLC, which proposes to cultivate and sell cannabis at 6 Renfrew St. in Adams. John Burke, right, has been seeking a buyer for the property for five years, he told Adams officials Tuesday night.

ADAMS — A site in Adams long associated with industry could get back into manufacturing — as a cultivation center and retail outlet for cannabis.

The Adams Zoning Board of Appeals on Tuesday granted a variance for New Train LLC, a fledgling marijuana grower owned by a Cheshire couple, to use the former Burke Construction headquarters to grow and sell cannabis.

The application was approved, despite objections from an attorney representing an abutter, SNP Holdings. The variance was needed because the property, at 6 Renfrew St., is in the town’s Industrial Park zone. The variance allows an industrial use for the cannabis cultivation.

The decision faces an appeal period. If it stands, the variance is a victory for property owner John Burke, who has tried for five years to sell the 6 Renfrew St. property, and a step forward for Ian Purkayastha and Jane Lowe of New Train.

The property is located across Renfrew Street from a 7-Eleven at the Route 8 roundabout north of Adams’ center.

Purkayastha said he plans to seek a license from the state Cannabis Control Commission. The project also must win other local approvals.

The couple cites a background in botany and business and aims “to establish a quality cannabis cultivation facility and retail dispensary … while preserving the historic and scenic beauty of the frontage buildings and surrounding grounds.”

Ian Purkayastha, left, is a co-owner of New Train LLC, which proposes to cultivate and sell cannabis at 6 Renfrew St. in Adams. John Burke, ri…

New Train says that it expects to create 20 to 25 jobs, take in $15 million in yearly revenues “and bring considerable tax revenues to the town.”

As a cannabis company in Massachusetts, the business would charge customers special taxes, including a 3 percent levy that is paid to the municipality.

“None of the arguments put forward by the applicant meet that standard,” he said. “By definition, it fails the test.”

Joseph Colonna, an attorney for the applicants, lobbied for the variance, noting that one of the tests the proposal needed to meet — that of hardship — could be seen in Burke’s long and unsuccessful effort to sell the property, due, in part, to the unique shape of the lot, just west of a rail line and east of Route 8. 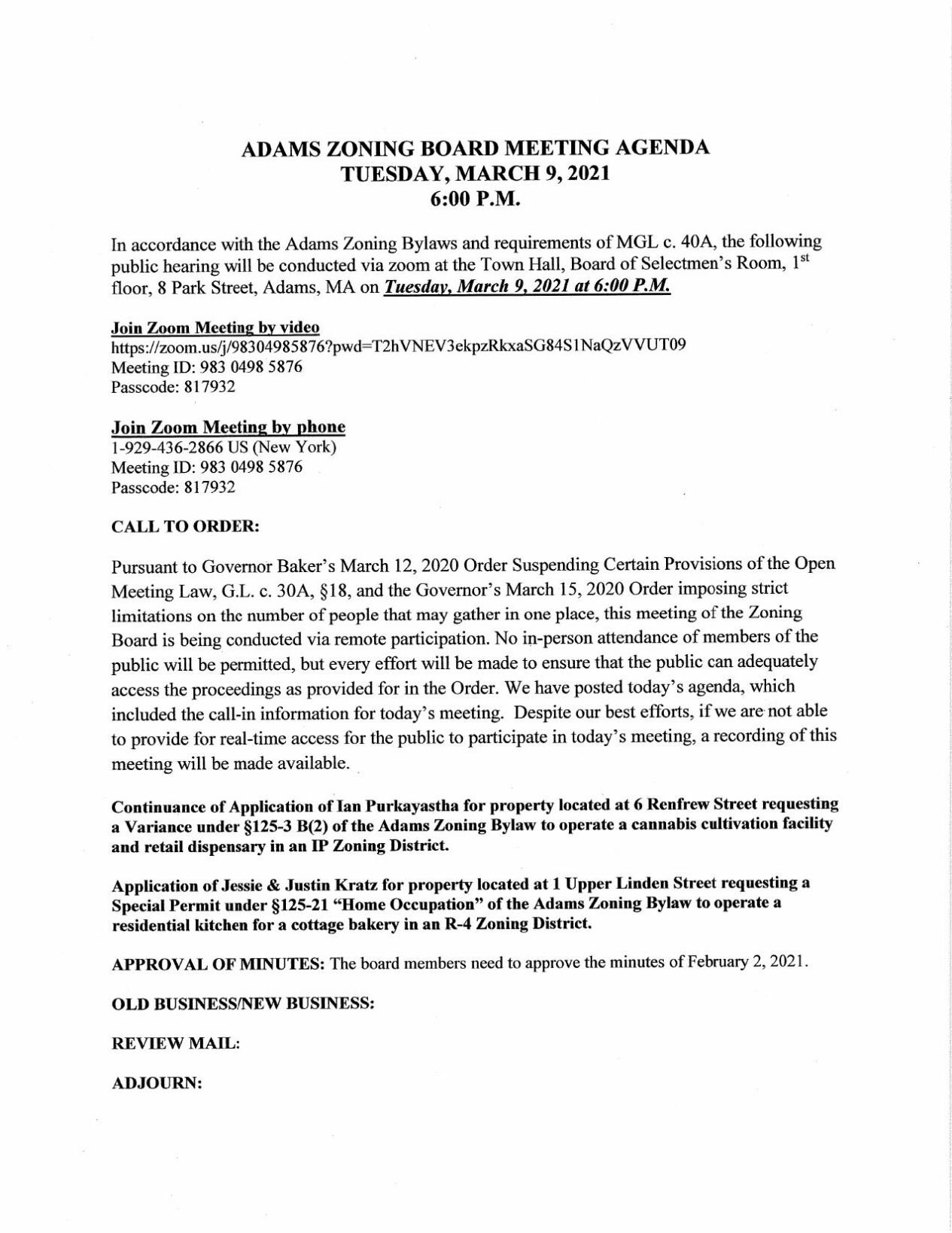 “I don’t think there is a detriment if the variance is granted,” Colonna said, addressing one of the tests the proposal needed to clear with the ZBA. “It couldn’t be better for public access to that site.”

Burke told the board he had invested $1.3 million in the property and has been unable to sell it, despite listing it for less than $1 million. He said that long after one of his buildings went up in 1880, the property was included in the Industrial Park zone.

“My property was just lumped into the Arnold Print Works property,” he said.

Town Administrator Jay Green dropped by the ZBA session to brief members on the property’s history and confirm that the panel held the authority to grant a variance.

Green said he has been working with Burke to find a new commercial use for the property. “John’s had quite a bit of time marketing that property,” Green told the board. “He’s done due diligence trying to put it on the market.”

After closing the session to public comments, board members took up the three tests that the application faced: that the property faced a substantial hardship without a variance, that the property’s soil, shape or topography posed a burden and that the activity allowed by a variance would not prove detrimental.

The board’s members decided that the New Train project satisfied all three tests.

In a letter to the ZBA, Purkayastha and Lowe said they had split their time between New York City and Cheshire for the past five years. But, after the coronavirus pandemic hit, they moved full time to Cheshire.