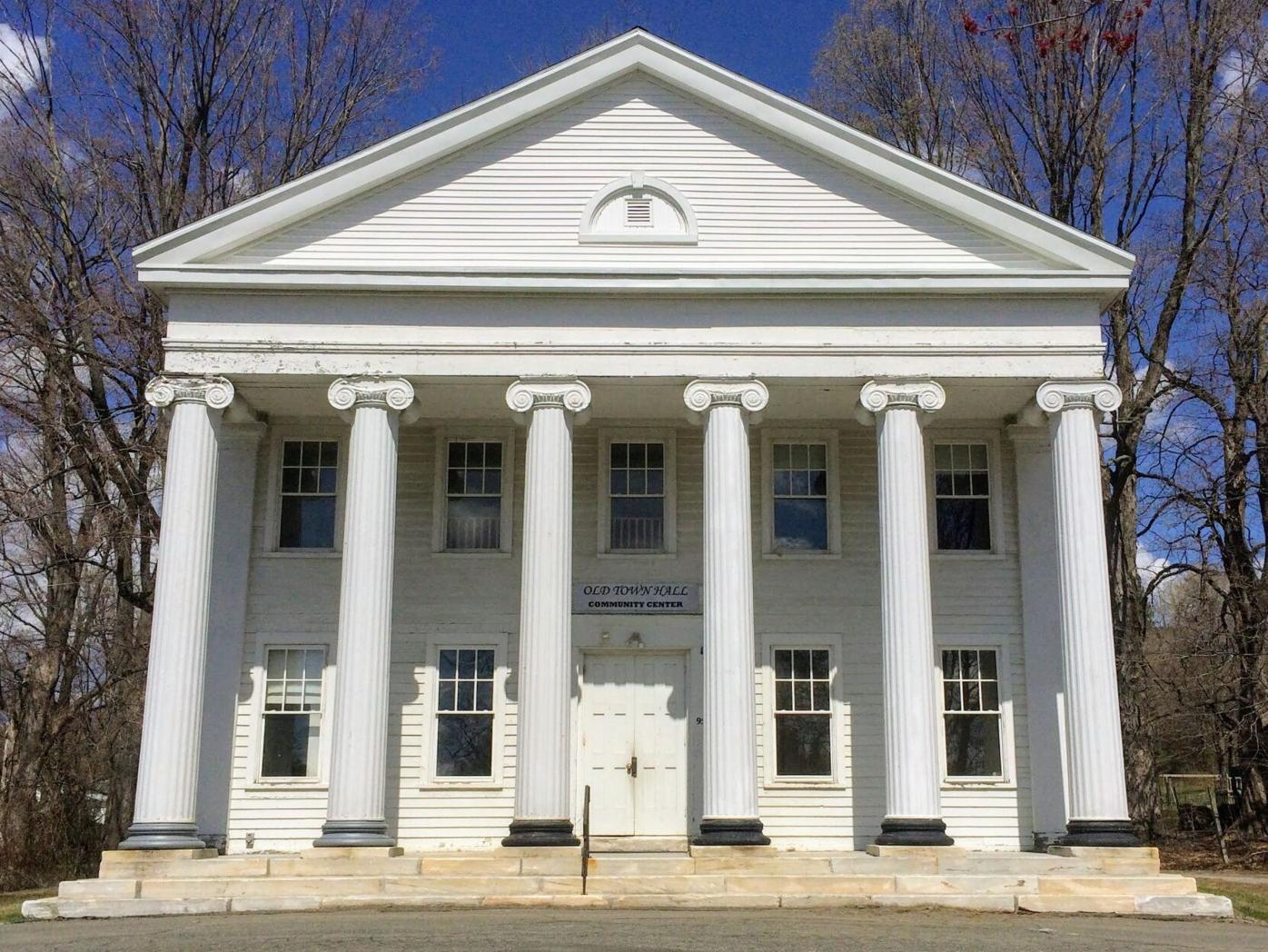 The Old Town Hall in Hinsdale, also known as the Community Center, has been put to many uses in the town center since its dedication in January 1849. 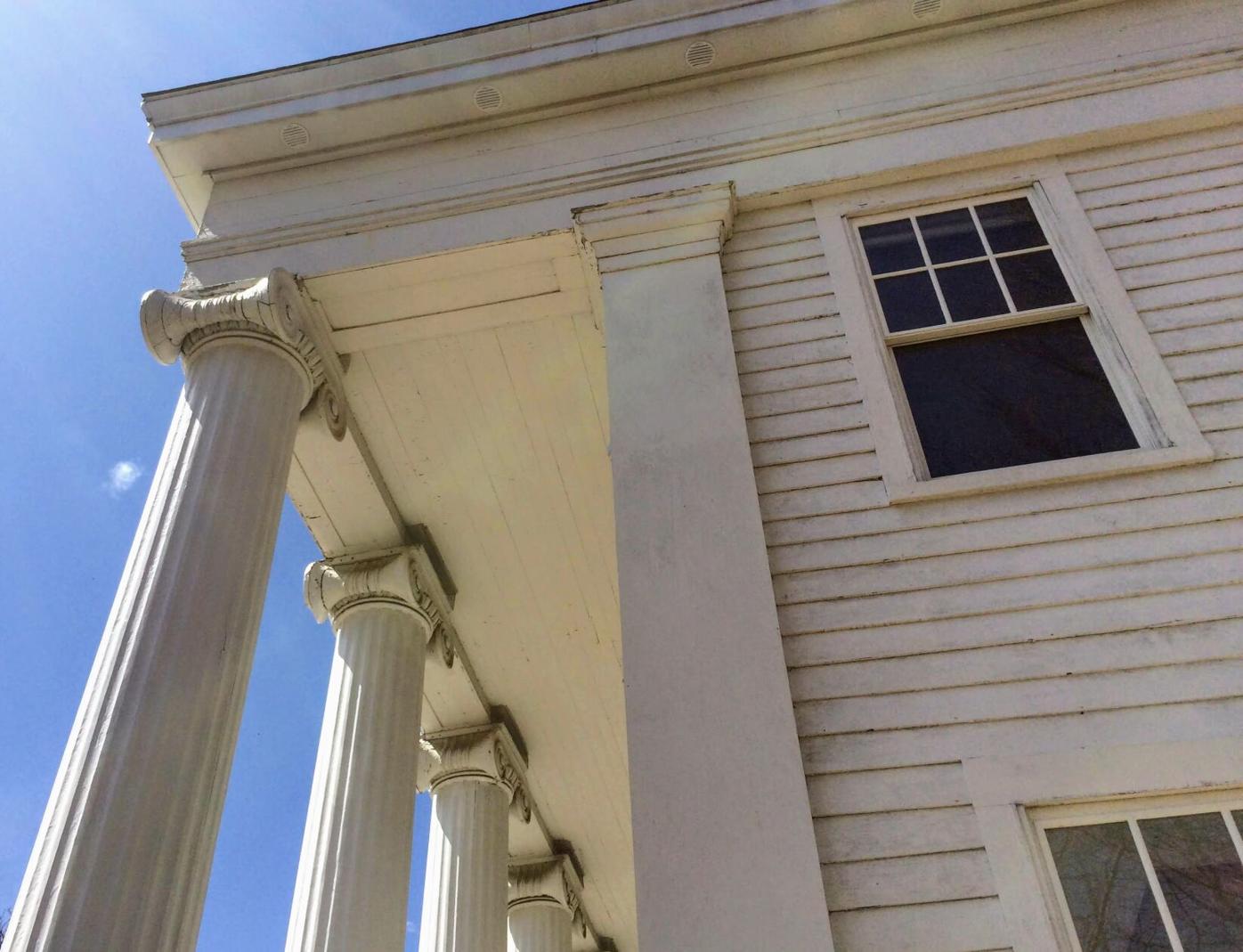 The Greek Revival-style Old Town Hall in Hinsdale, originally known as the Hinsdale Academy, occupies a place of civic prominence on a rise over Maple Street near the intersection of Routes 8 and 143. 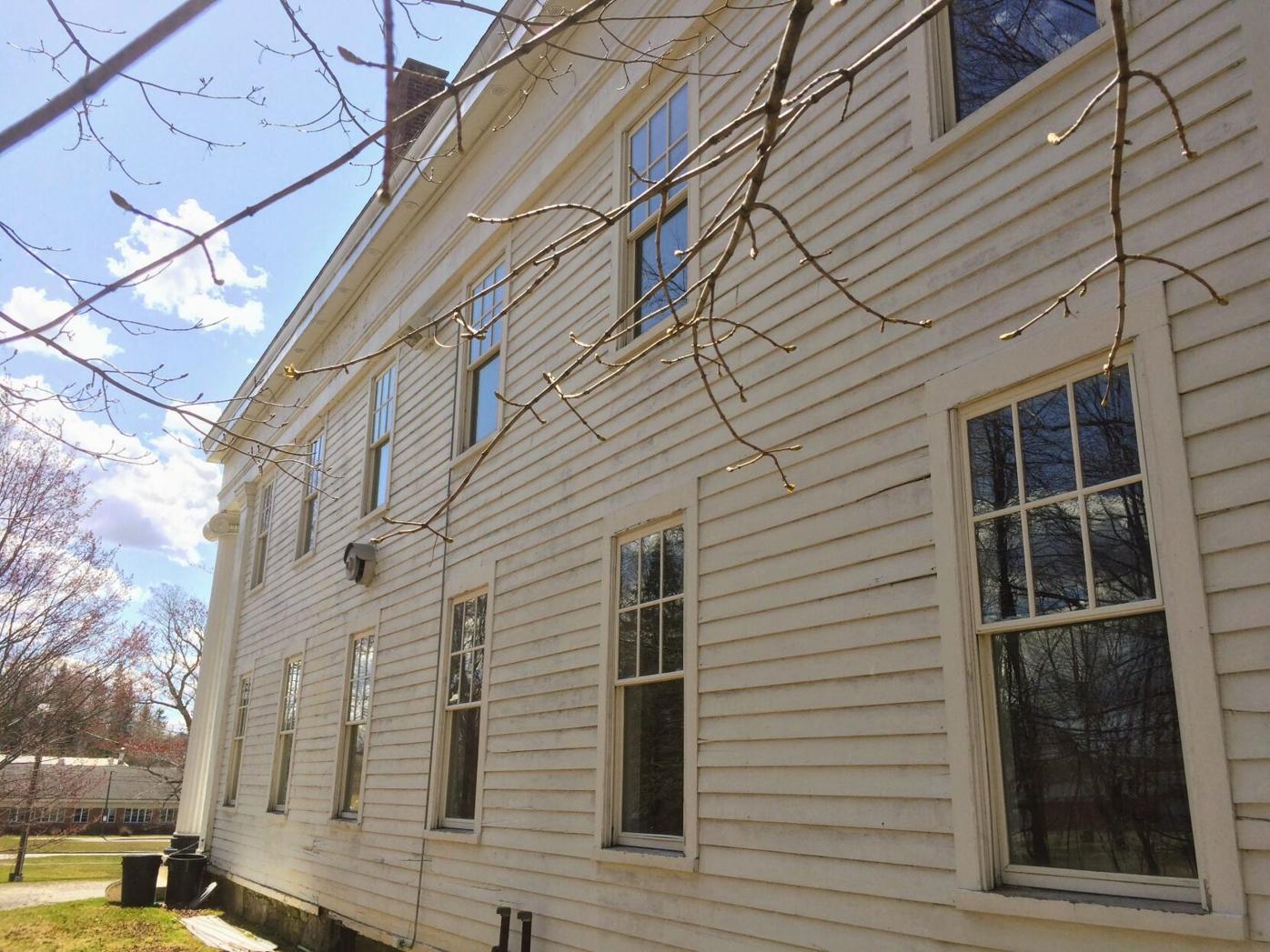 Richard J. Eastland, a Hinsdale resident who helps to keep the Old Town Hall in shape and is one of the building’s most loyal backers, supports the idea of a ballot question on the building's future.

HINSDALE — Hinsdale officials heard Wednesday what some residents think should become of a landmark building. They now want more views.

A nonbinding question might go on a town ballot as early as June, asking whether voters support having the town seek proposals for new uses of the Old Town Hall on Maple Street, including its possible transition to private ownership.

The vote result would guide the Select Board, said Town Administrator Robert Graves. The board expects to vote next week to place a question on the June ballot, then work out wording of the question with town counsel. Any move to approve a sale would be presented at an annual town meeting, perhaps in 2022.

“They want to be sure they have the most input from the most residents,” Graves said of the board.

Not on the table: Demolishing the 1849 Greek Revival-style structure, even though it seldom is used and has cost Hinsdale more than $143,000 in maintenance and other costs during the past seven years.

“There is no one here who wishes to see the building torn down, contrary to rumors,” said Richard Scialabba, the Select Board chair.

HINSDALE — One of the most handsome and historic buildings in Hinsdale is, today, a square peg in a time of round holes.

Early in Wednesday’s public forum, Richard Eastland asked town leaders to explain the goal of the session. Eastland is a member of the committee that cares for the building, also known as the Community Center.

The answer: Rather than let the issue of the building’s use and expense drift, town officials say they want the community to clarify what the structure means to the town, find its best uses and perhaps seek a private-sector solution that would preserve its historic nature. The ballot question will ask voters whether the support the idea of seeking proposals from developers for the building; any future use would have to preserve the structure’s facade.

“We have a Gordian knot,” said Vivian Mason, a Select Board member, using a term for a complex problem. “What we need to do as a town is decide what we want to do with it. It’s a big nut to crack.”

In the course of an hour, the idea arose of putting a question to residents on a town ballot. The relatively small group of residents who joined the forum — fewer than two dozen in person and by videoconference — spoke of the building’s importance to the town.

Other ideas presented: Create a trust fund that can seek donations to offset the building’s costs. Put out requests for proposals and see what comes back. Get the town’s Historical Commission more involved.

The Greek Revival-style Old Town Hall in Hinsdale, originally known as the Hinsdale Academy, occupies a place of civic prominence on a rise ov…

“We’re talking about preserving this building for the next 100 years,” one resident said. Another expressed doubt that a new private owner, if the town goes that route, could be trusted to safeguard the building’s architectural legacy.

Resident Susan Sauve, who phoned in her comments, said Hinsdale must look at “viable options.”

“I think it is a building that is important for our town,” she said.

Richard J. Eastland, a Hinsdale resident who helps to keep the Old Town Hall in shape and is one of the building’s most loyal backers, support…

But, the issue should be confronted, Mason said, not put off, as has been the custom.

“What we’re trying to do is resolve an ongoing issue,” she said. “This is going to be a huge project, no matter what we do with it.”

Eastland, one of the building’s most loyal backers, supported the idea of a ballot question.

“Let’s get the most people to weigh in on this and go from there,” he said.

Scialabba sought to assure residents that the question will be handled carefully. He called the forum a “key step” and said it represented more progress than anything seen in recent years.

“We’re not rushing into anything, that’s not the objective,” Scialabba said. “We’re just trying to get things started because it is a drain on funds. There are a lot of competing needs for funding in this town and a lot of priorities.

“There’s been a good discussion here, and we’ve gotten a flavor about what people think,” he said.

Graves said residents are invited to email questions and comments to the Select Board’s attention. He can be reached at town.administrator@hinsdalema.gov.