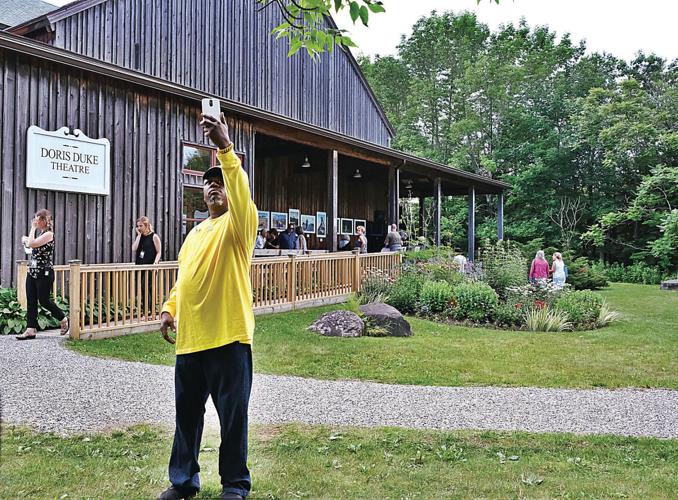 Gilbert Carr takes a selfie in 2017 in front of the Doris Duke Theatre at Jacob’s Pillow in Becket, where Soldier On members saw performances of Roy Assaf’s “Six Years Later” and “The Hill.” 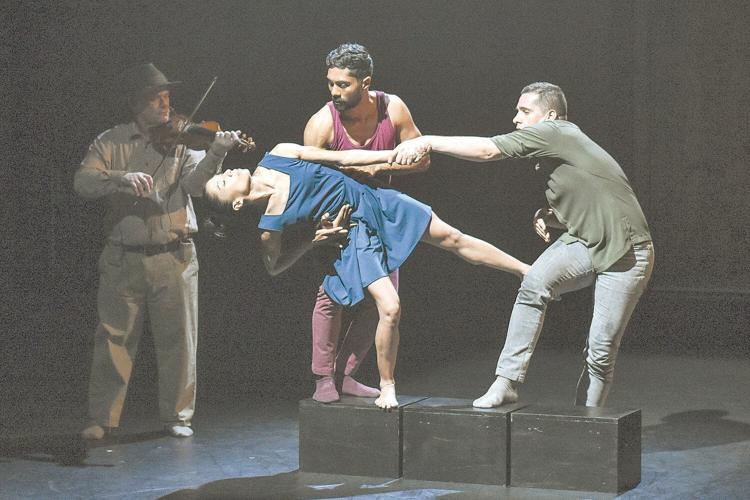 From left, violinist-composer Alexander Balanescu, and dancers Estela Merlos, Eryck Brahmania and Mathieu Geffre of Umanoove/Didy Veldman, in “The Happiness Project” at the Doris Duke Theatre at Jacob’s Pillow in Becket in July 2019. 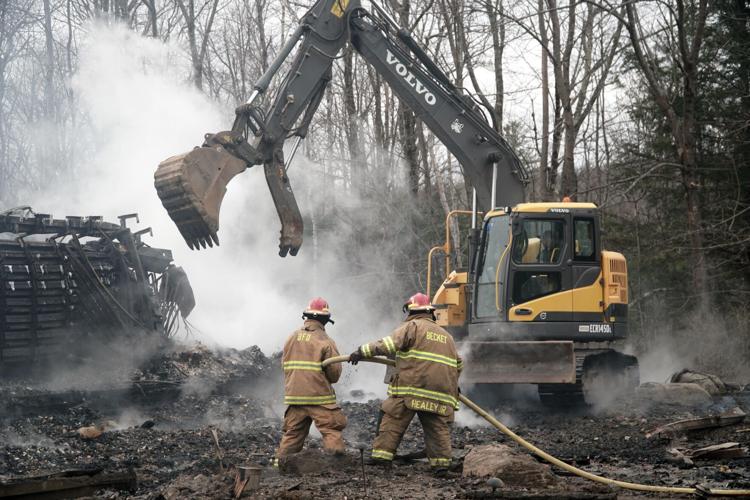 Firefighters work to extinguish a fire Tuesday at the Doris Duke Theatre at Jacob’s Pillow in Becket. 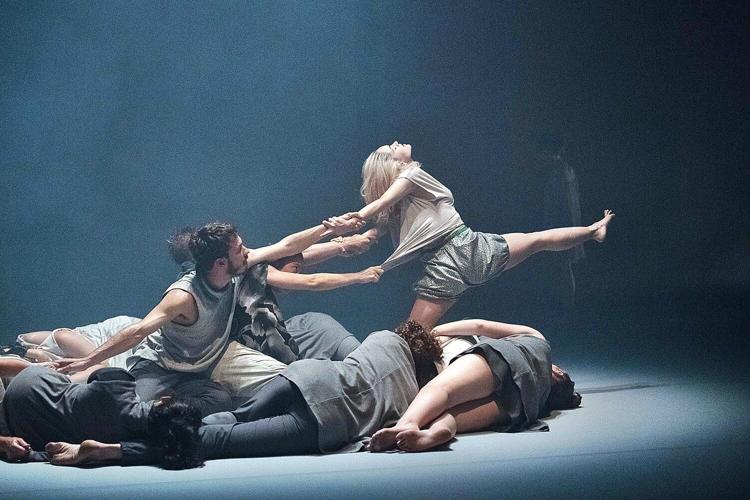 Compania Sharon Fridman in “Free Fall” at the Doris Duke Theatre at Jacob’s Pillow in Becket in 2018. 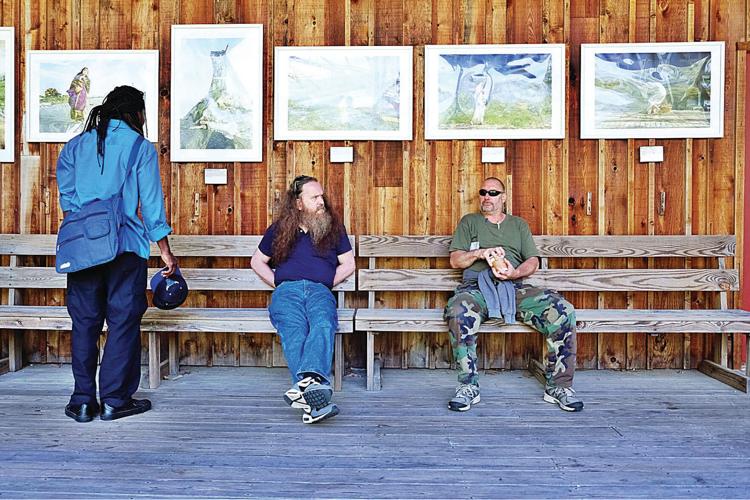 In 2019, Ernest Hughey, beside E.J. Schlup, center, and John McClendon, studies the dance photos on display on the outdoor porch of the Doris Duke Theatre at Jacob’s Pillow in Becket.

“The Pillow was founded as a place for dancers, to make dances, teach and communicate with audiences,” Thompson told The New York Times’ Anna Kisselgoff in a July 22, 1990, interview. “Artists in many festivals need nurturing. It is a growth process for their needs.”

The Doris Duke Theatre — then named Studio/Theatre — was emblematic of that growth. It was conceived as a place for new, adventurous work. And it seemed to pay off.

Sam Miller, who succeeded Thompson as executive director in 1990, told The Berkshire Eagle in a March 3, 1991, interview that audience response to the Studio/Theatre’s inaugural season “exceeded our expectations in terms of attendance. Audiences loved it as a place to see dance and our artists also loved the space.”

“We also found that about two-thirds of the audience that attended events in the Studio-Theatre were not going to the Ted Shawn performances,” Miller said, referring to the Pillow’s larger theater.

“Construction of the Duke enabled us to greatly expand our programming,” Norton Owen, the Pillow’s director of preservation, said in an email. “Building the Duke ... enabled us to show some of that more ground-breaking work in more appropriate circumstances.”

Owen cites the theater’s function as a soundstage for the filming of the Mark Morris/Yo-Yo Ma collaboration, “Falling Down Stairs,” as among the more memorable ways in which the theater was used.

Over the years, the roughly 220-seat theater underwent name changes, from Studio/Theatre (1990-1997) to Doris Duke Studio Theatre (1998-2008) in recognition of a grant the Pillow received in 1997 from the Doris Duke Charitable Foundation. In 2009, the name became simply the Doris Duke Theatre.

Among the dance companies that have appeared in the theater since its 1990 season opening are:

Construction began in 1989, during a period of extensive redesign and renovation of the Jacob’s Pillow campus.

Thompson, the executive director who guided the project, also was responsible for, among other things, creation of the Pillow’s Inside/Out performance area.

Updated with information on fire probe, problems with water supply