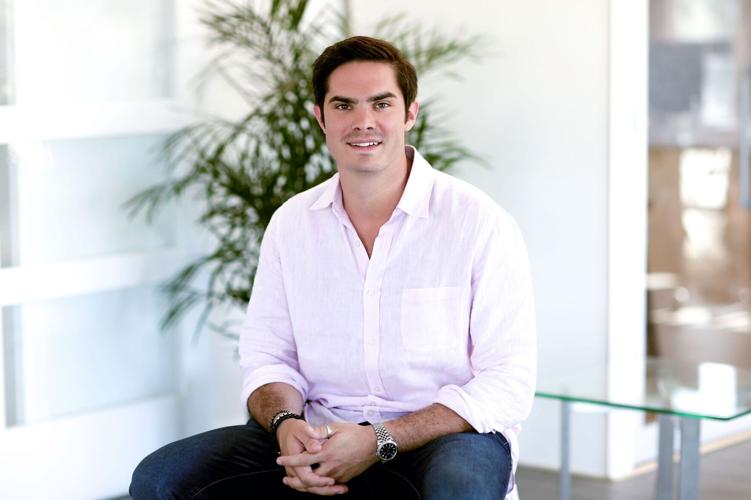 Ryan Salame, a Sandisfield native and cryptocurrency tycoon, received a $55 million loan from a unit of FTX Trading Ltd., according to a bankruptcy court filing Thursday. 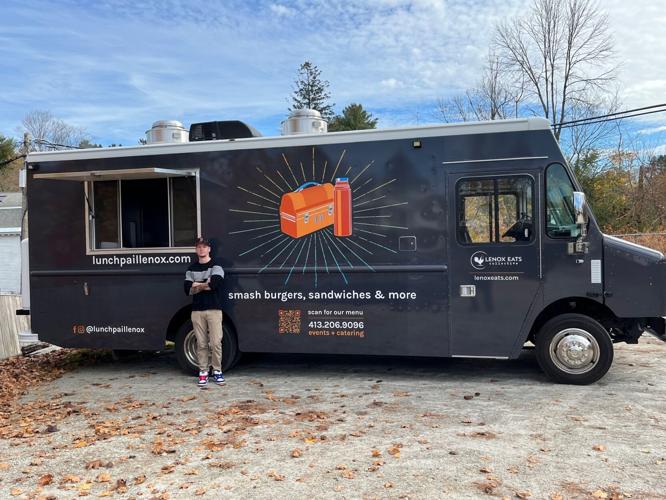 The Lunch Pail, a new food truck based in downtown Lenox, is part of cryptocurrency entrepreneur Ryan Salame’s Lenox Eats.

Signage for the FTX Arena, where the Miami Heat basketball team plays.

The name of a Berkshires native surfaced Thursday in one of the early bankruptcy documents in the epic collapse of the FTX Group, the global cryptocurrency firm.

That name, Ryan Salame, is just a footnote in an affidavit provided by the man tapped to unravel the company’s financial mess.

But a footnote with a big dollar amount attached.

John J. Ray III, the new CEO of FTX Trading Ltd., informed the U.S. bankruptcy court in Delaware that one of FTX’s related companies, Alameda Research, lists a loan to Salame of $55 million as “receivable” — meaning it is outstanding.

That sum pales in comparison to the $1 billion loan by Alameda to FTX’s founder, Samuel Bankman-Fried, as well as to the $543 million loan to Nishad Singh, a minority FTX owner.

In coming months, bankruptcy proceedings can be expected to provide a picture of what can and can’t be salvaged from Bankman-Fried’s crypto empire, which rose to be one of the world’s major players in the emerging industry. Before its sudden fall.

The company collapsed this month after a run on its bitcoin deposits. FTX had been valued at $32 billion. It is reportedly being investigated by prosecutors over financial dealings with a related company, Alameda Research, also controlled by Bankman-Fried. The New York Times has reported that prosecutors are looking at whether FTX misused customer cryptocurrency assets to shore up Alameda.

Though Ray’s investigation of FTX is only beginning, he flags a “complete failure” of internal corporate controls on its finances. For example, expenses were OK’d through online chats, not paperwork, with smiley faces or other emojis.

People working in the Bahamas, where Salame served as co-CEO of FTX Digital Markets Ltd., were eligible for financial perks with little or no paperwork.

People working in the Bahamas, where Ryan Salame was based, were eligible for financial perks with little or no paperwork.

“In the Bahamas, I understand that corporate funds of the FTX Group were used to purchase homes and other personal items for employees and advisors,” Ray says in the affidavit. “I understand that there does not appear to be documentation for certain of these transactions as loans, and that certain real estate was recorded in the personal name of these employees and advisors on the records of the Bahamas.”

Despite that apparently clubby atmosphere among employees, Ray says in the filing that few of them, even senior people, may have been aware of the precariousness of Bankman-Fried’s empire — and perhaps not complicit in any irregularities.

“Although the investigation has only begun and must run its course, it is my view based on the information obtained to date, that many of the employees of the FTX Group, including some of its senior executives, were not aware of the shortfalls or potential commingling of digital assets,” he writes. “Indeed, I believe some of the people most hurt by these events are current and former employees and executives, whose personal investments and reputations have suffered.”

Efforts to right the company, if possible, depend on them, Ray said. “These are many of the same people whose work will be necessary to ensure the maximization of value for all stakeholders going forward.”

Salame, 29, emerged in 2021 as a financial player on an entirely different stage: the Berkshire County dining scene in which he once worked, as a teen growing up in Sandisfield.

As a sideline to his FTX duties, Salame began to acquire restaurants in the town of Lenox, starting with the Firefly Gastropub & Catering Co., then adding a half dozen more. They are now managed by his Lenox Eats. He has valued those businesses at more than $6 million.

Salame did not respond Thursday to a request for comment from The Eagle. He has not made a public statement about FTX, including on Twitter, since well before the company’s Nov. 11 bankruptcy filing.

Ray’s 30-page court filing explains how he plans to oversee FTX’s affairs in the wake of its request for protection from creditors. A few sentences in, Ray puts plainly what he found after he was named CEO Nov. 11, the day Bankman-Fried resigned.

“Never in my career have I seen such a complete failure of corporate controls and such a complete absence of trustworthy financial information as occurred here,” he says in the affidavit. “From compromised systems integrity and faulty regulatory oversight abroad, to the concentration of control in the hands of a very small group of inexperienced, unsophisticated and potentially compromised individuals, this situation is unprecedented.”

An appendix to his filing provides an organizational chart mapping a sprawling business run without clear standards or record-keeping.

“One of the most pervasive failures of the FTX.com business in particular is the absence of lasting records of decision-making,” the filing says. “Mr. Bankman-Fried often communicated by using applications that were set to auto-delete after a short period of time, and encouraged employees to do the same.”

It’s not even clear who actually worked for FTX.

“The FTX Group’s approach to human resources combined employees of various entities and outside contractors, with unclear records and lines of responsibility,” the affidavit says. “At this time, the Debtors have been unable to prepare a complete list of who worked for the FTX Group as of the Petition Date, or the terms of their employment. Repeated attempts to locate certain presumed employees to confirm their status have been unsuccessful to date.”

That chart shows FTX Digital Markets, the unit co-led by Salame, as being among a cluster of related businesses, dubbed the “Dotcom Silo,” now under the direction of Joseph J. Farnan, a former U.S. District Court judge with a background in “complex commercial disputes.” Farnan will be joined in that role by Matthew A. Doheny, president of North Country Capital LLC, an advisory and investment firm.

The organizational chart shows scores of separate entities under the FTX umbrella, all directly overseen by Bankman-Fried.

The unit is one of only a few parts of the FTX brand that are not under bankruptcy protection. However, it too faces a financial reckoning.

The day before the U.S. bankruptcy filing, the Securities Commission of the Bahamas took action.

The commission froze the assets of FTX Digital Markets, Salame’s division. Ray describes the operation as “the employer of certain current and former executives and staff in the Bahamas.”

The filing does not say whether Salame is a current or former employee.

Instead of having its affairs overseen by the Delaware bankruptcy proceeding, the work of the Bahamas office will be adjudicated by the Bankruptcy Court for the Southern District of New York, according to Ray.

The Delaware filing, under Chapter 11, calls for a corporate reorganization.

In his capsule portrait of the “Dotcom Silo,” the business grouping that included Salame’s unit, Ray says that the balance sheet for FTX Digital Markets reflects assets of $149,336,000.

He breaks that number down this way:

Ray’s summary leaves off $343 million in what had been listed as “intangible assets.”

“These consist of values attributable to customer relationships and trade names,” Ray writes.

The value of the FTX trade name, which until its removal held a place of honor atop the Miami Heat’s arena, has crashed. According to the publication Coindesk, FTX still owes Miami-Dade County $16.5 million for the naming rights.

Ray says in the filing that his team seeks to gain control of the company’s finances, protect and recover its assets, aid any investigation into improper conduct and “maximum” value for stakeholders.

Given what he describes, that looks to be an uphill effort.

“The FTX Group did not maintain centralized control of its cash. Cash management procedural failures included the absence of an accurate list of bank accounts and account signatories, as well as insufficient attention to the creditworthiness of banking partners around the world,” Ray states. “Under my direction, the Debtors are establishing a centralized cash management system with proper controls and reporting mechanisms.”

Crypto meltdown: What does it mean for FTX executive Ryan Salame’s $6 million investment in Lenox?

Based in downtown Lenox but aiming to roam the Berkshires, Brian Drumm's new food truck caters to “the working person’s style of food — quick, easy, simple with ample portions.”

The "exotic" property was acquired to house “key” company personnel. The transaction involving Ryan Salame was the largest of a string of recent purchases by FTX Property Holdings Ltd. on New Providence island in the Bahamas.