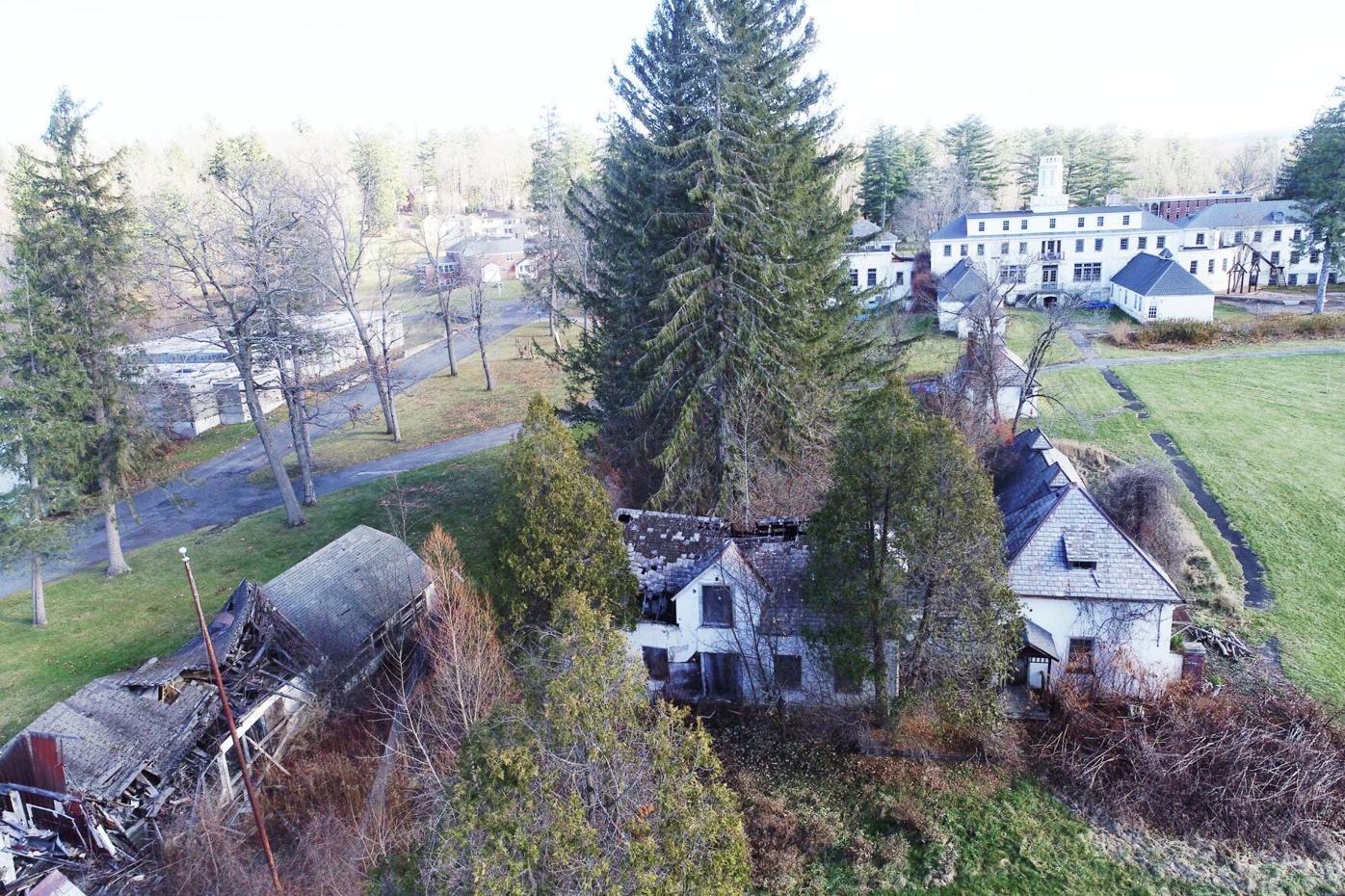 Shakespeare & Company has been given permission to build an outdoor performance space on the campus. The Lenox Historical Commission still needs to clear the demolition of the two dilapidated buildings on the site. 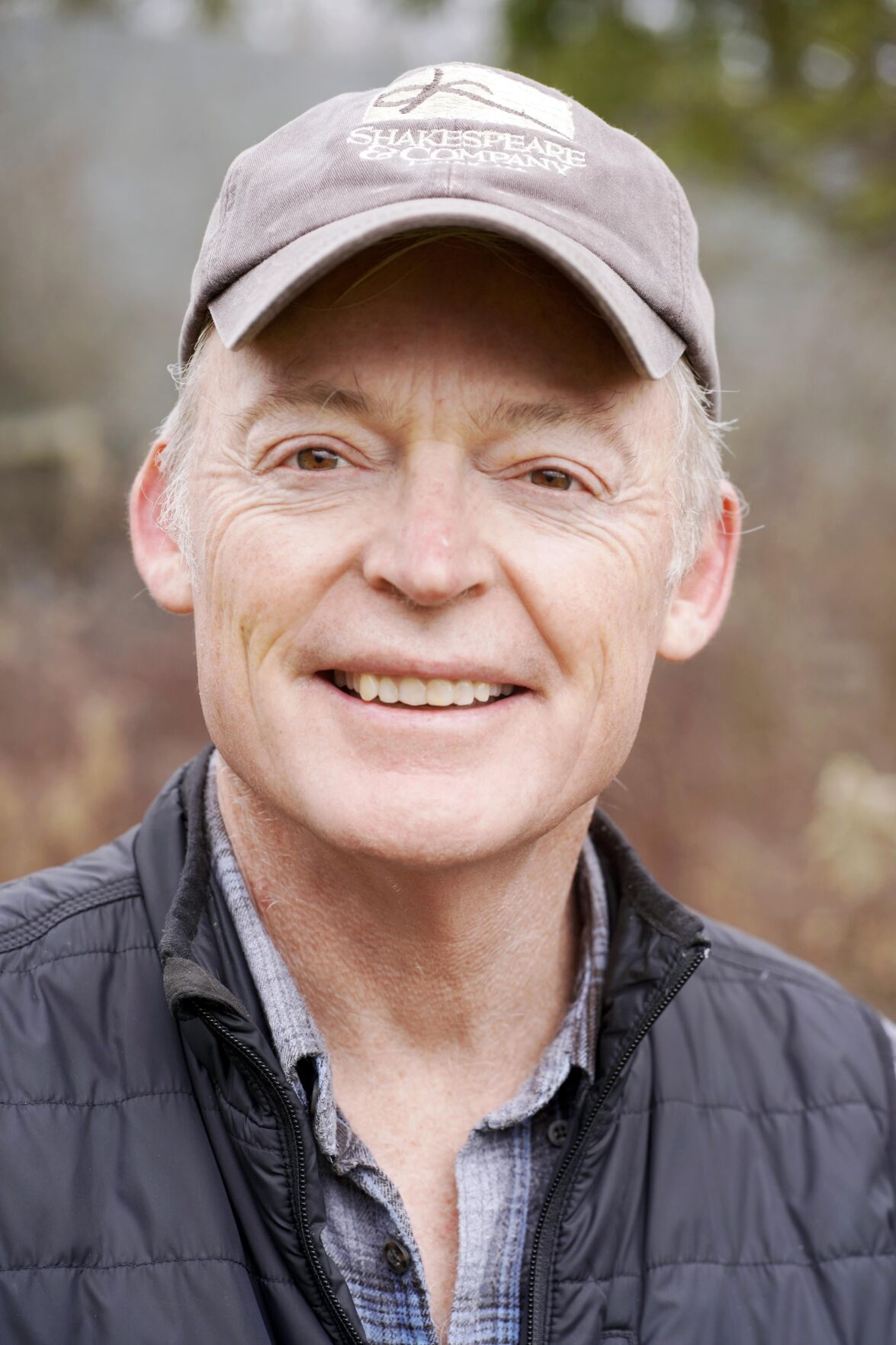 LENOX — The Zoning Board of Appeals has given Shakespeare & Company the green light to demolish two condemned, dilapidated structures on the campus to clear the way for a new outdoor stage.

After an hour of discussion, the ZBA voted unanimously to grant a special permit that would allow the coronavirus pandemic-challenged company to create a theater venue for advertised and ticketed performances. The town’s Historical Commission also must sign off on the demolition of the buildings.

Company leadership assured the ZBA members that any capacity and COVID-related health and safety regulations would be enforced scrupulously when the new venue opens next summer on the nearly 34-acre Kemble Street campus.

Traffic flow would be controlled and parking would remain ample, the theater leaders pointed out, since no more than two productions would be offered at the same time outdoors and in one of the two indoor theaters, the 466-seat Tina Packer Playhouse or the 195-seat Elayne Bernstein Theatre. Starting times would be staggered to avoid congestion.

“We’re anticipating that next summer, COVID is not going to be gone,” Shakespeare & Company attorney Lori Robbins stated. “The theater company needs to survive by offering outdoor performances.”

Theater board Chairman and President Ken Werner pointed out that the pandemic had a disastrous impact on the company last summer, forcing cancellation of the entire season and the loss of well over $1 million in ticket revenue.

“Frankly, I didn’t know if we were going to survive this year,” he said. But, donations and fundraisers kept the company afloat, Werner said, cautioning that “I don’t know if we can survive another year without any ticketed revenue.”

He stressed that the new stage would be used long after the pandemic fades.

“We implore you to help us keep this company alive in the town of Lenox,” Werner said. “We really need this soon,” in time for next summer’s season.

Artistic Director Allyn Burrows predicted “a great deal of skepticism by patrons to go inside a theater” next year. The project also aligns with the troupe’s history of performing outdoors at its original site at The Mount, Edith Wharton’s estate, starting in 1978, and then at the current campus opened in 2002.

The new outdoor stage, measuring 100 feet by 140 feet, would operate during daylight hours from Memorial Day to Columbus Day with as many 543 seats in post-COVID times, but no more than 200 while pandemic restrictions remain. There would be no outdoor lighting or any amplified music, only microphones for actors.

Amenities such as restrooms and concessions would be available at the adjacent Bernstein Theatre and Packer Playhouse.

Robbins noted that the site already holds previously granted special permits, including one for outdoor student productions at the open-sided, tented Rose Footprint performance space. The zoning board approved a temporary special permit last summer for an eight-week series of drive-in film screenings.

The campus has 286 paved parking spaces, plus gravel and grass overflow areas with 158 additional spaces.

ZBA member Albert Harper asked for details on how crowd sizes would be held to a safe level.

“We’re going to be well within the government and [Centers for Disease Control and Prevention] regulations at all times,” Burrows said. “It’s not something we mess with. … We’re very stringent, and we would expect to be checked up on.”

Enforcement of state Department of Health standards is tasked to the Tri-Town Health Department and the Lenox Board of Health, said Land Use Director and Town Planner Gwen Miller.

ZBA Chairman Robert Fuster Jr., noted that the board has received 10 letters on the proposal, all in support.

Ahead of the 5-0 vote, Harper stressed that he was “impressed by the concern for public safety” demonstrated by the theater troupe’s leaders. “I’m reassured that my concerns about overpacking the area will be addressed and very carefully respected.”

“I think it’s a great project, I’m in favor of it as well,” said Fuster, a view echoed by board members Shawn Leary Considine, Ned Douglas and Kimberly Duval.

The two derelict buildings to be taken down, the already-collapsed Monks Hall and fire-damaged Monks Nursery, are being reviewed by Chairwoman Olga Weiss and member Lucy Kennedy from the Lenox Historical Commission.

The two buildings were named for The Rev. George Gardner Monks, the first headmaster of the Lenox School for Boys, which was founded in 1927.

“I hope Shakespeare can see its ‘midsummer dream’ come true,” Weiss said. But, she noted that the historical issues, while an unlikely impediment, still are being investigated by the commission.

“We’re doing it with love,” she added.

Additional comments during the Lenox Zoning Board of Appeals meeting Wednesday that approved a new outdoor stage for Shakespeare & Company:

“This seems very sensible and beautiful, a great use of the space and, sometimes, hardship leads to good things.”

“I don’t believe COVID to be a permanent condition, and I’m hoping that next summer, things are back to full capacity.”

“I’m very impressed that people have thought through the details to make this safe, so I cheer on Shakespeare & Company.”