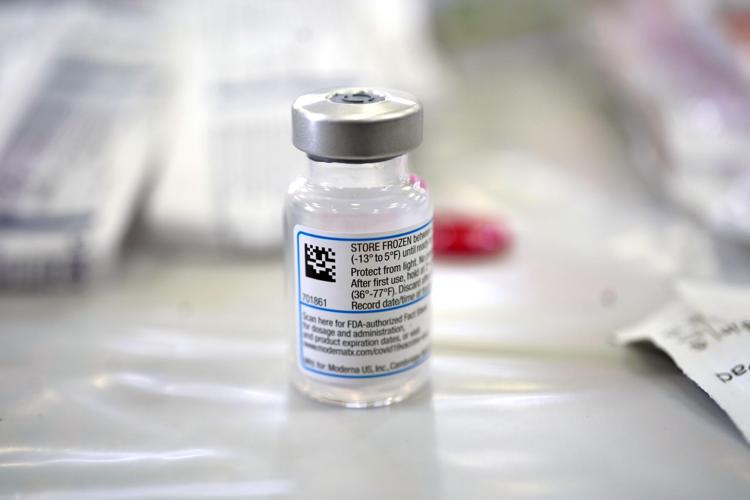 Julie Berger of Berkshire Mutual Aid was immediately concerned about the state’s new “buddy system” for vaccinations. So she decided to try to create a system to match people in a safe and ethical way, and help high-risk but ineligible people in the process. 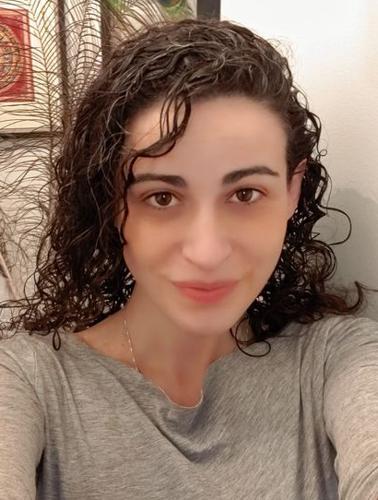 Julie Berger, a founder of Berkshire Mutual Aid and a disability rights advocate, sees pitfalls in the state’s decision to allow caregivers of those 75 and over to access the COVID-19 vaccine when accompanying the elders to appointments.

When Gov. Charlie Baker announced that people could be vaccinated by bringing eligible seniors to certain clinics, the pushback was swift.

"Because it’s a health care situation with at-risk people, it's really important to have a way to be as safe as possible. By vetting who's signing up, even if it’s a mutual aid effort, we’re trying to make sure we have some standards for what’s expected with a volunteer."

Those next in line decried what they saw as others cutting ahead of them. State lawmakers argued that the move would make vaccine distribution less equitable. Other leaders pointed out that the policy could create dangerous situations.

Julie Berger, one of the founders of the Berkshire Mutual Aid group and a disability rights advocate, could also see the pitfalls. “Everyone was concerned,” said Berger. “You understand that, with these high-risk populations of elderly and disabled people, there’s a high rate of exploitation and abuse.”

Buddy system offered to boost vaccination for those 75 and over, including in Berkshire County

Not long after the change, screenshots began circulating of Craigslist ads in Eastern Massachusetts offering to pay to take seniors to vaccine clinics. A few even appeared in Western Massachusetts, with one Great Barrington post offering $750.

“I honestly don’t know with whom I am more angry,” wrote state Rep. Tricia Farley-Bouvier, D-Pittsfield, on Facebook. “The individuals that are engaging in this practice or the governor who dropped this policy on us and created the conditions for this totally predictable outcome.”

While the new policy appeared at first to only apply to mass vaccination sites, Berkshire County’s public clinics have adopted it as well. With hundreds of clinic slots going unfilled, local coordinators have said the policy could help get more shots into arms until the state opens up eligibility to the next Phase Two groups.

In addition to criticism, however, the change also brought confusion. While local coordinators encouraged residents to sign up under the buddy system, the state’s 211 vaccine helpline was still reporting as of Saturday that only mass vaccination sites allowed caregiver vaccinations.

Meanwhile, there remains no designation for a caregiver registering online at local sites. Coordinators asked people to check “Non-COVID facing health care worker” and to wait for a separate link if they are getting their first dose at their loved one’s second dose clinic.

Julie Berger, a founder of Berkshire Mutual Aid and a disability rights advocate, sees pitfalls in the state’s decision to allow caregivers of…

Despite the confusion, and her own critiques of the policy, Berger decided the best course of action was to figure out a way to facilitate those kinds of encounters – ethically, safely and, ideally, in a fashion that would result in more high-risk individuals getting the vaccine.

Within two days, Berkshire Mutual Aid had launched an unofficial, grassroots effort to connect seniors with neighbors willing to drive them and assist people in the registration process, echoing community efforts nationwide of neighbors helping neighbors get vaccinated.

“Because it’s a health care situation with at-risk people, it’s really important to have a way to be as safe as possible,” Berger said. “By vetting who’s signing up, even if it’s a mutual aid effort, we’re trying to make sure we have some standards for what’s expected with a volunteer.”

Volunteers who sign up under the organization’s effort are asked to wear masks – “ideally double masked or mask with face shield,” the form reads – offer hand sanitizer, clean their car before and after the trip, follow COVID-19 precautions, and offer physical and emotional support to the person they drive.

The form also asks volunteers if they are in later segments of Phase Two, in order to prioritize people who are at-risk but not yet eligible.

“Ideally, somebody with multiple health conditions in their 70s can get through the door,” said Berger. “Versus someone who is 18, able-bodied and not being exposed anywhere. Then that’s a mutual benefit.”

She stressed that the best situation would always be a family member or loved one driving a senior to a clinic. In situations where that is not possible, however, she hopes to see the state’s new policy benefit people most at risk, including ineligible elders and people with comorbidities, as well as essential workers.

Berkshire Mutual Aid will not solicit seniors for the effort, Berger said, but people with no access to transportation can reach out directly to the group. Berger hopes the effort can continue into later phases of the vaccine rollout, with community members volunteering to help each other access the sites both digitally and physically.

To help seniors sign up and get transportation to clinics, BMA launched a vaccine-specific neighborhood helpline at 413-591-0611, though Berger urged people to try their local councils on aging first. The group also aggregates answers to questions on Facebook, and you can also visit berkshiremutualaid.com for more information.

“Seeing specifically the kind of exploitation potential, it’s a priority for us to give the community a positive way to focus on this,” Berger said. “To ensure there’s less exploitation, to meet the overflow needs.”

And though she is optimistic about the Berkshires’ ability to come together as a community, Berger thinks the way the Commonwealth has approached the vaccine rollout, and the pandemic more broadly, shows a level of disregard for the specific concerns and needs of people with disabilities, whether age-related or not.

She pointed out that other states have moved people with disabilities up in priority, while Massachusetts relies on a limited shortlist of comorbidities from the Centers for Disease Control and Prevention. Statewide, disability advocates have called for the state to expand its list of comorbidities to include conditions such as asthma and cystic fibrosis.

“There’s a lack of awareness,” Berger said. “And a lack of working with marginalized communities to know what our needs and concerns are.”